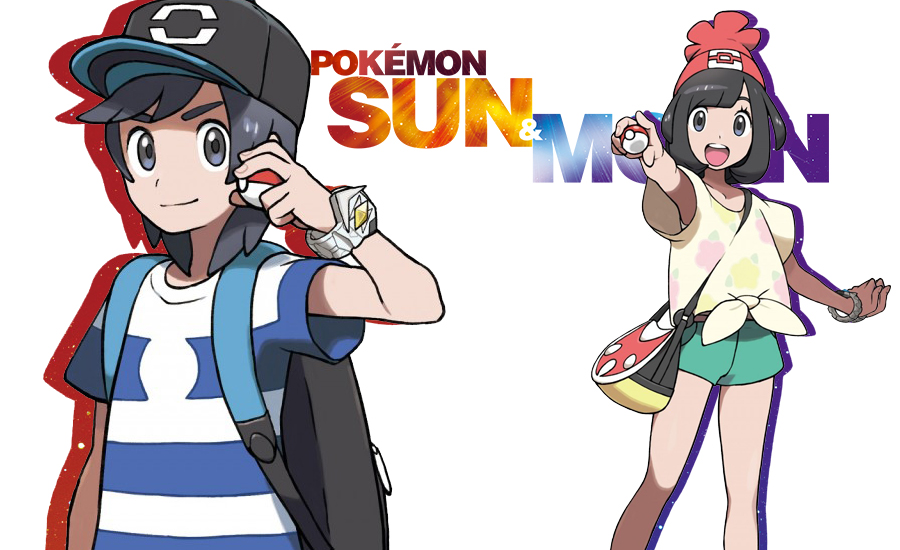 Alola! It’s been a week since Pokémon Sun and Pokémon Moon was released and it kept all 3DS users busy in training their team to be the next Pokemon League champion in Alola.

The theme of the game this year is very different from the previous Pokémon Games – in terms of the gameplay in general – Id’ say it’s has improved a lot! 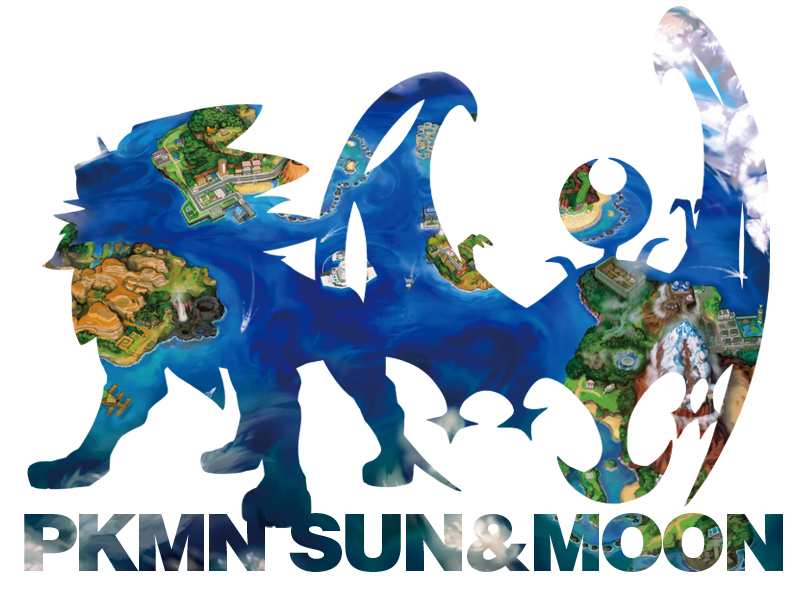 Story wise you can feel that this game is very cinematic, how the camera pans out and how the story is being narrated through scenes – you’ll never miss out on what’s happening in the game. I think this is a good treatment from the game developers mainly because they are introducing a new region with a new gameplay – there’s no better way to guide the players than to make them feel that they are part of the game itself. 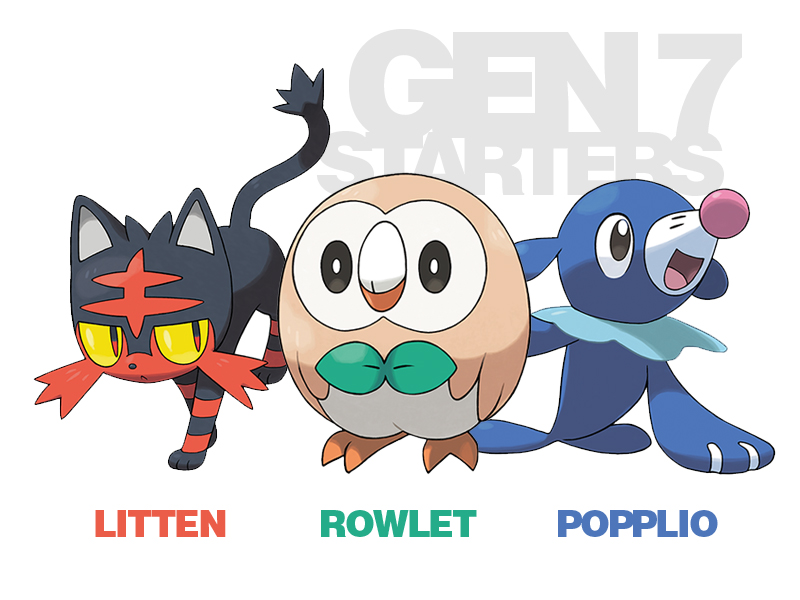 The process of choosing your starter in Pokémon Sun and Pokémon Moon is longer than the usual; you have to play at least 3-5 minutes first before you get to choose your starter. Since your charter is old enough to be a Pokémon trainer – you will be given an opportunity to choose one of the 3 Alolan Pokémon starters but the catch is the starter you chose would either join you or not – so far my starter chose me I heard from a friend that he was rejected by his starter. Similar to the previous games (except for Yellow which your only option is Pikachu) you get to choose from a Grass, Water and a Fire starter. It’s really interesting how the game designers can think of how to make a new character by not having them look like they are not part of the Pokémon franchise – in short they look very cute! 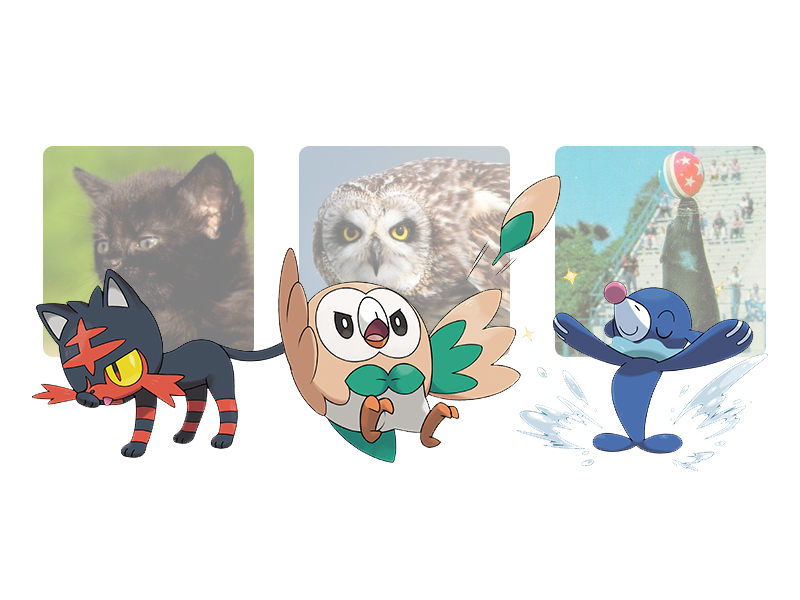 The grass starter in this generation is a dual-type starter – the grass and flying type Rowlet. His design was based on an owl with a bow – the relevance of the bow would be apparent on his final evolution look where in he’s using a bow (for his arrows). Next is Litten, the Fire type starter that looks like a kitten thus the name – Litten. Design-wise, this is the first starter with a black dominant color interesting enough the final evolution’s type is related to why the color is black and red. Last is Popplio, the water starter Pokemon that looks like a seel that performs in a circus. The initial reaction of the Pokémon fans when the design came out months ago was not positive although some games predicted that this would be another case of a duckling turned swan design which happened to Oshawott in the 5th generation in Black and White. Also, fans are having a hard time doing a soft reset just to get a female Popplio – imagine having a male Popplio, he looks good at first but wait until the final evolution.

The PokéDex in this generation is alive! It’s a Rotom PokéDex, a PokéDex with a real Pokémon inside. The new pokedex would be your interactive guide your whereabouts in the game because it acts as your map, it’s sort of a spoon-fed information for gamers but it’s a very helpful tool in general.

It’s now time to get your first badge! 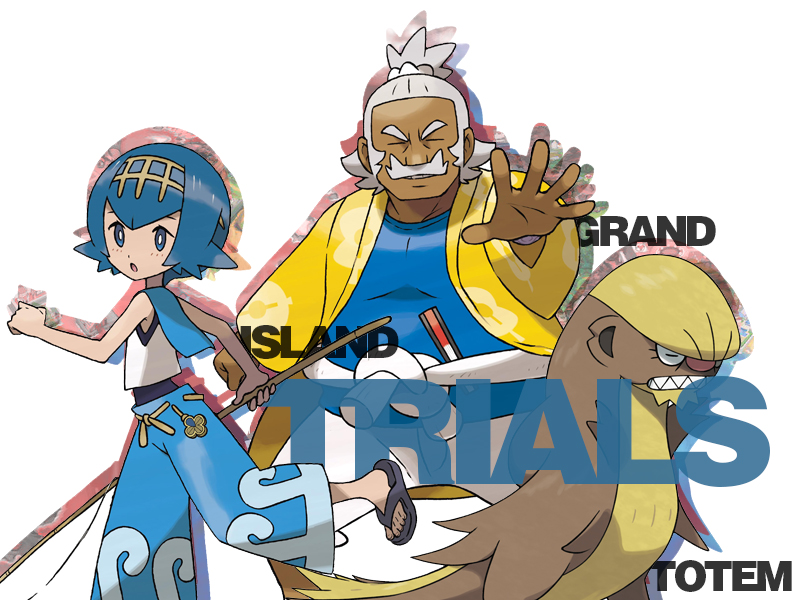 Oops! In this region there is are gyms, instead they are introducing two kinds of trials for the Pokémon trainers – one is the Island Trials where in you are challenged by totem Pokémons (a bigger and boosted version of a regular Pokémon) and the trial captains and the other one is the grand trial where in you battle the island kahunas (the leader of each islands). All your achievement would be recorded through your Trainer Passport – a new recording system for this game, previous games use Trainer Cards. The trainer passport adds to the island feel of the game, it’s as if you travel across different places. 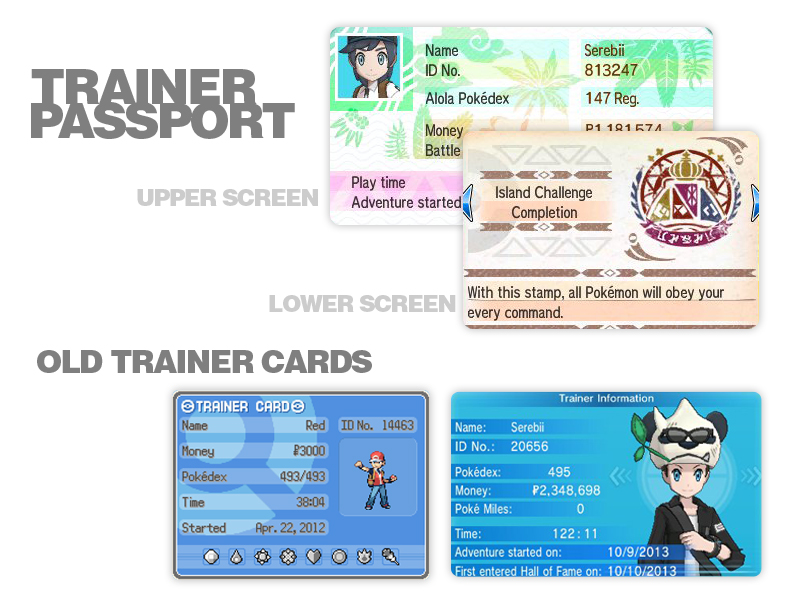 The game also introduces a cool way to boost your Pokémon’s move by the use of the Z ring and Z stones. 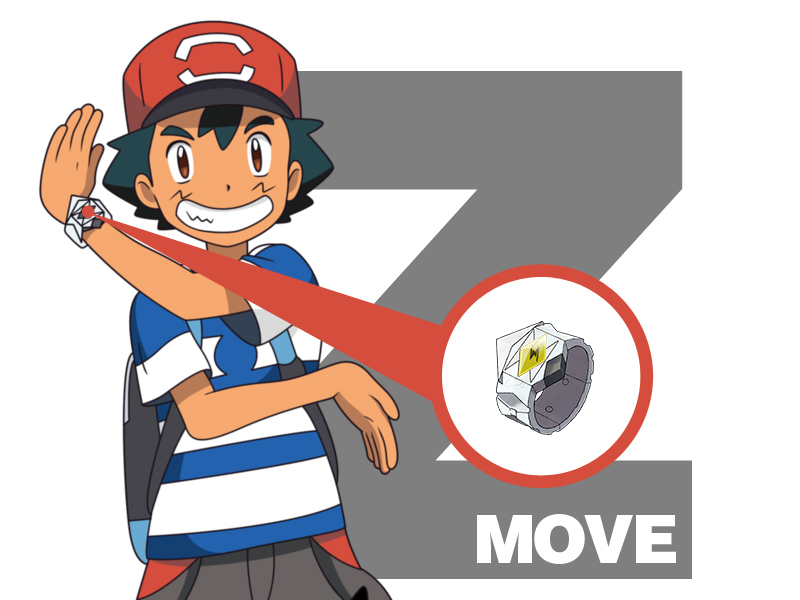 You can collect many Z stones throughout the game, Z stone count equal to the Pokémon type count and Z stones made especially for specific Pokémons. You can get some Z stones if you defeat trial captans, totem Pokémons and island kahunas this is sort of their “badge” for this region. Getting some Z stones would actually help you unlock some in game routes and Pokémart items. Oh there’s a catch, you’ll be doing some choreography when you do your Z-move, Pikachu’s signature Z-move is by far the cutest choreography. Also, Pokémon will be launching an actual z-ring that you can connect to your DS so you can do the Z-move just like how the character in the game moves – talk about game immersion. 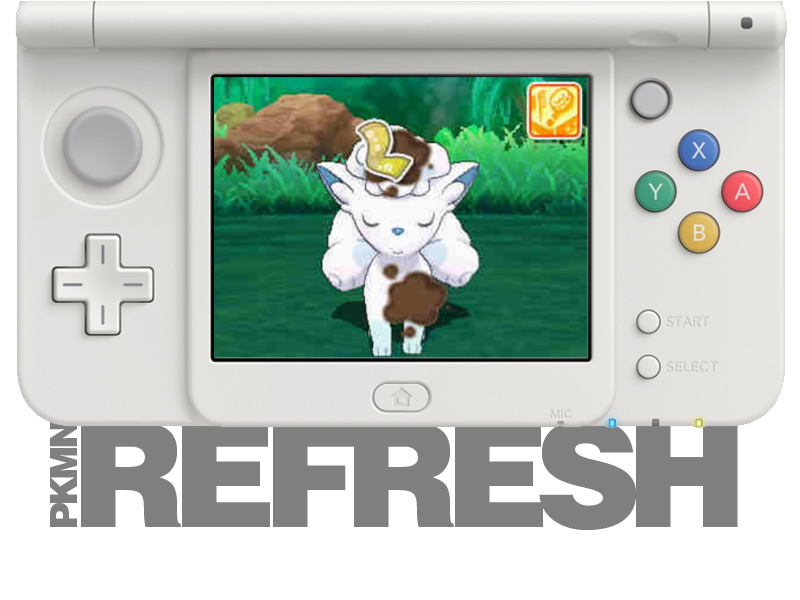 Also, you’ll notice a slight change in the game – well after each battle. You now have the option to groom your Pokémon every after game, you can brush off dirt, comb the tangled hair of your Pokémon and even cure some condition status – you can now save you PokéMoney because you don’t have to buy many full heals and other condition status healers. 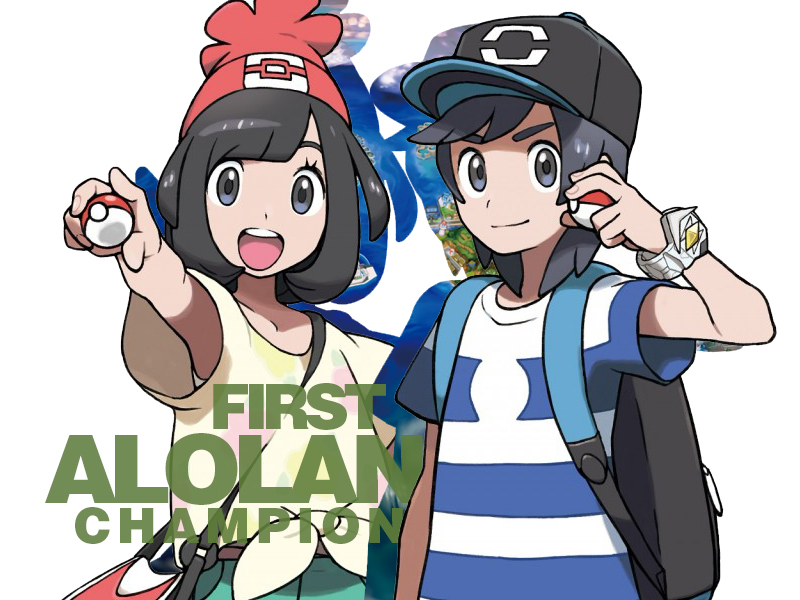 Contrary to what the rumors were saying about the absence of the Pokémon league before the game was launched there’s actually a Pokémon League. Although you’ll have the feeling that the elite four members are already obvious since you’ve met them already, wait until you battle the final challenger – it’s super obvious. 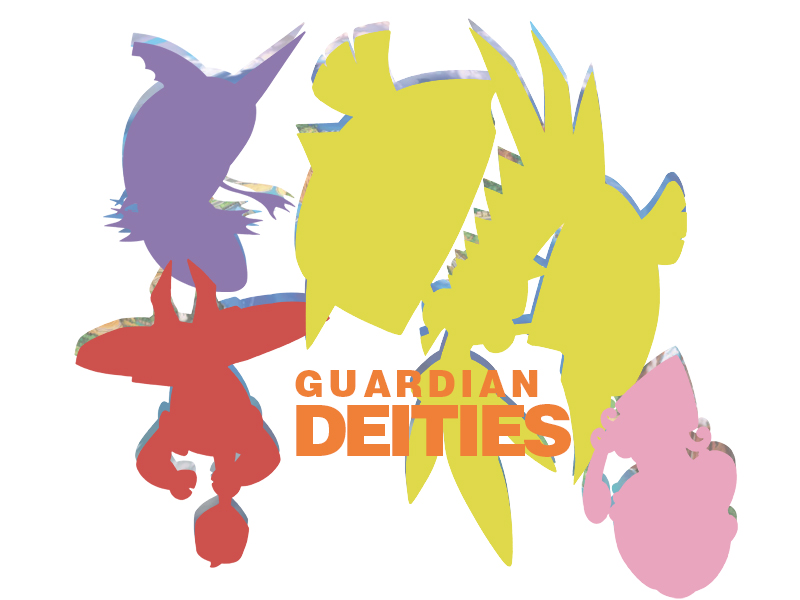 After finishing the Pokémon League you will have no time to save the game yet so make sure that you are loaded with some Pokeballs because you will have an encounter with a Pokémon that you may want to add to your team. The good thing about this game compared to X and Y is that there is a post-game event and you can do many things after becoming the first Alolan Champion.

Ultra beasts and where to find them 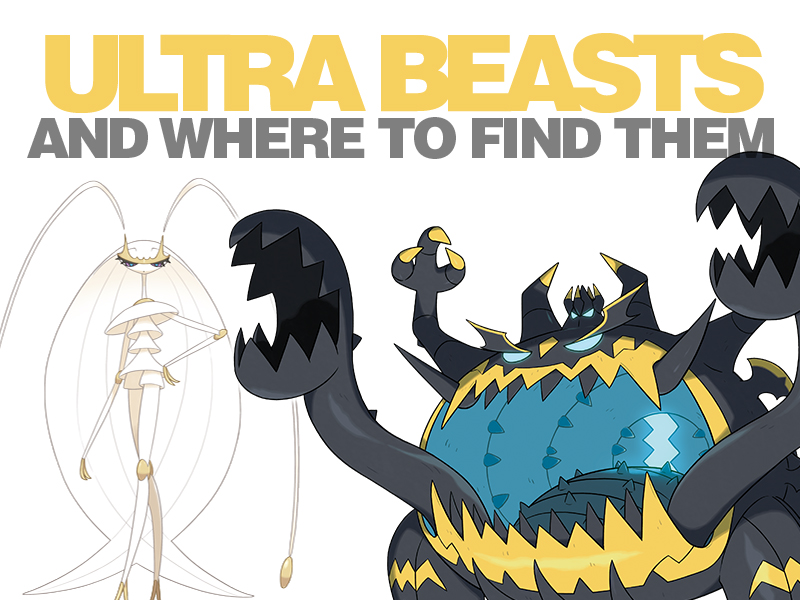 This game also introduced new species that are not classified as Pokémon, they call them Ultra Beasts and it will be part of the main story of the game – stitching on how it will affect team skull, the aether foundation and the main characters altogether. These beasts are ultra-powerful creature that brings threat to the Alola region. You can get to solve this problem after becoming the champion. Although design wise for me it looks odd and It looks like the red and blue glitch was redesigned to have a better look – but it still looks odd.

My overall review of the game after a week of finishing the story is that this game is one of the best games that the developers have made (after Platinum, for me). I felt that I was very involved in the whole process of the game especially because the storyline makes you feel you’re really part of the experience. I’d recommend all 3ds users to get a copy of either Pokémon Sun or Moon or get them both even if you’re not a Pokémon fan. The designers and developers made an effort to introduce the game to everyone regardless if you’ve tried playing the older series or if this is your first time playing it.

Currently I’m still exploring the Alolan region as there are still exciting things to do like the Battle tree wherein I get to battle the old time champs and of course my quest is till on to catch em all. 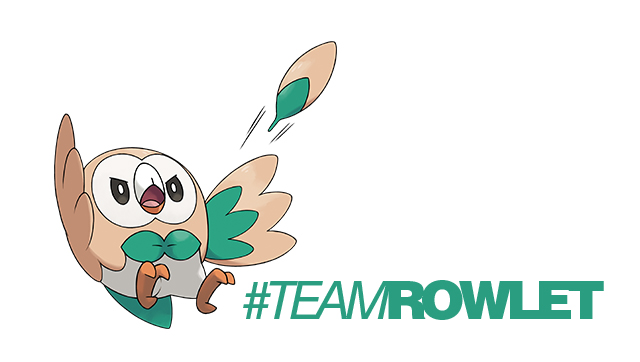