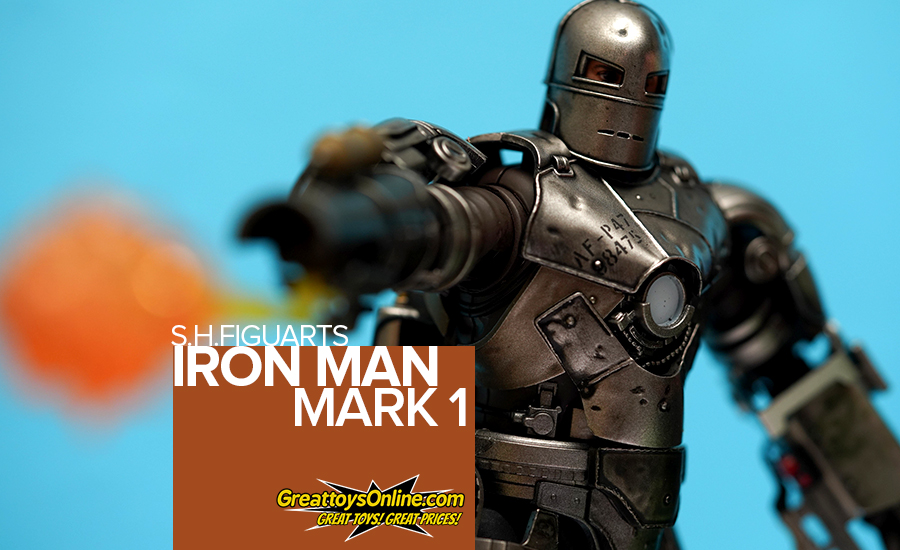 I’ve recently finished my review on the S.H.Figuarts Tony Stark Birth of Iron Man figure and I figured that it’s just right to do a follow-up review with the S.H.Figuarts Iron Man Mark 1 figure. This suit has been featured on the first Iron Man film for the Marvel Cinematic Universe movie series. 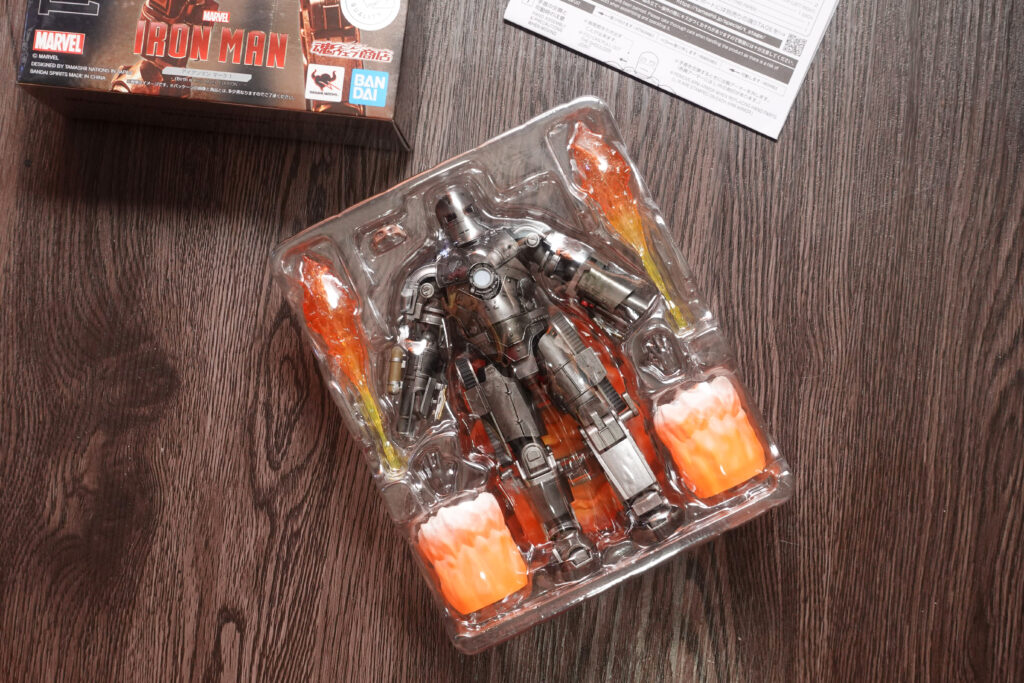 This figure review wouldn’t be possible without the help from our friends from GreatToys Online, if you want to check out more Marvel related S.H.Figuarts figures, go visit their website!

The box design basically shows the Iron Man Mark 1 figure although what I find weird is the finish that they did for the box. The color seems to be off as it shows a bronzer tone for the suit whilst the side art shows a silver color. Even though it looks weird, it still doesn’t affect my overall review of this figure. 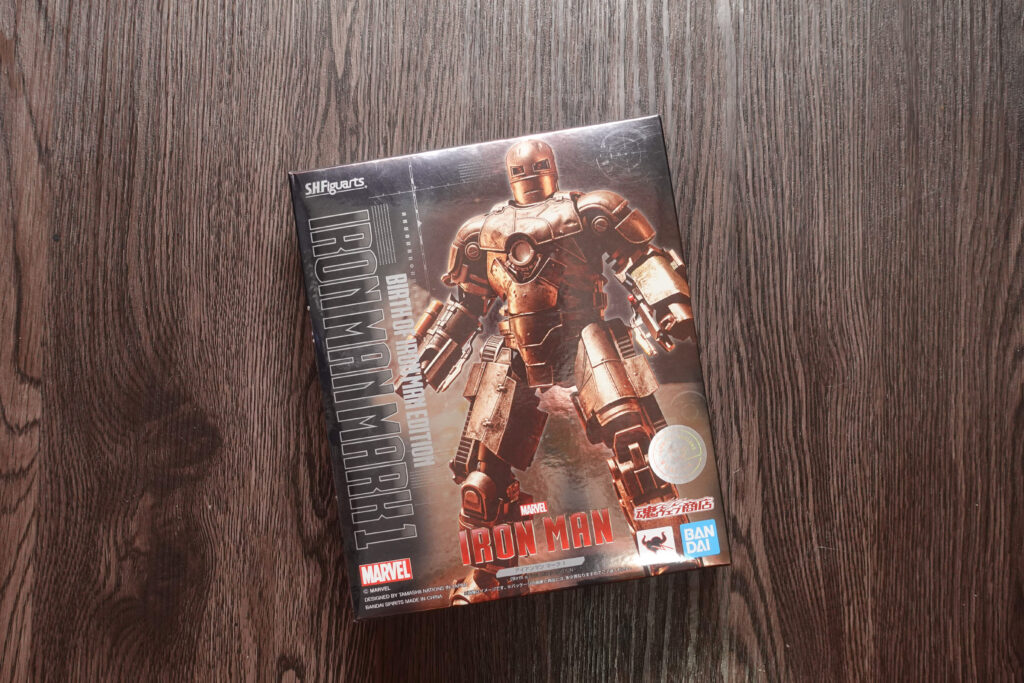 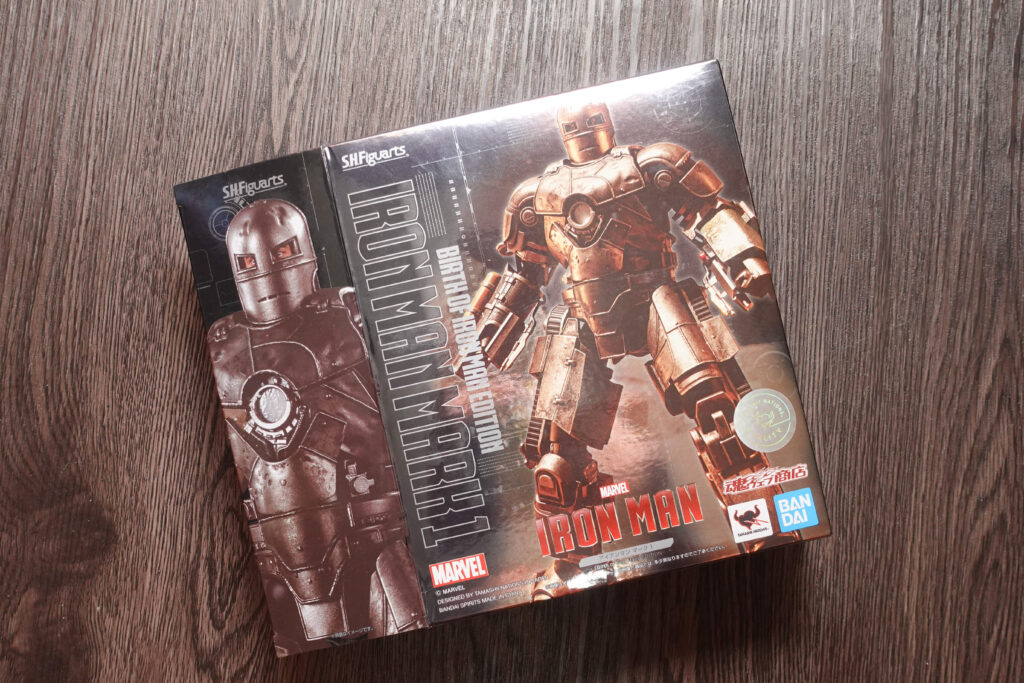 Since I’m reviewing the Iron Man Mark 1 suit it’s quite obvious that I should be expecting a stiff or rigid figure with limited articulation points. I was actually surprised that this figure even if it’s bulky in appearance. 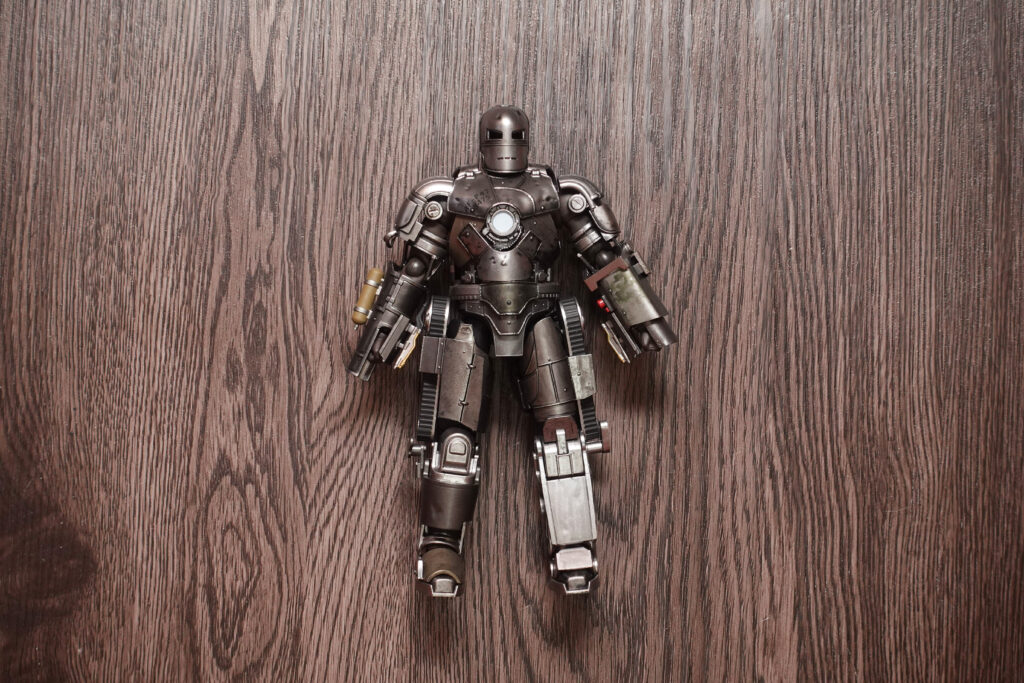 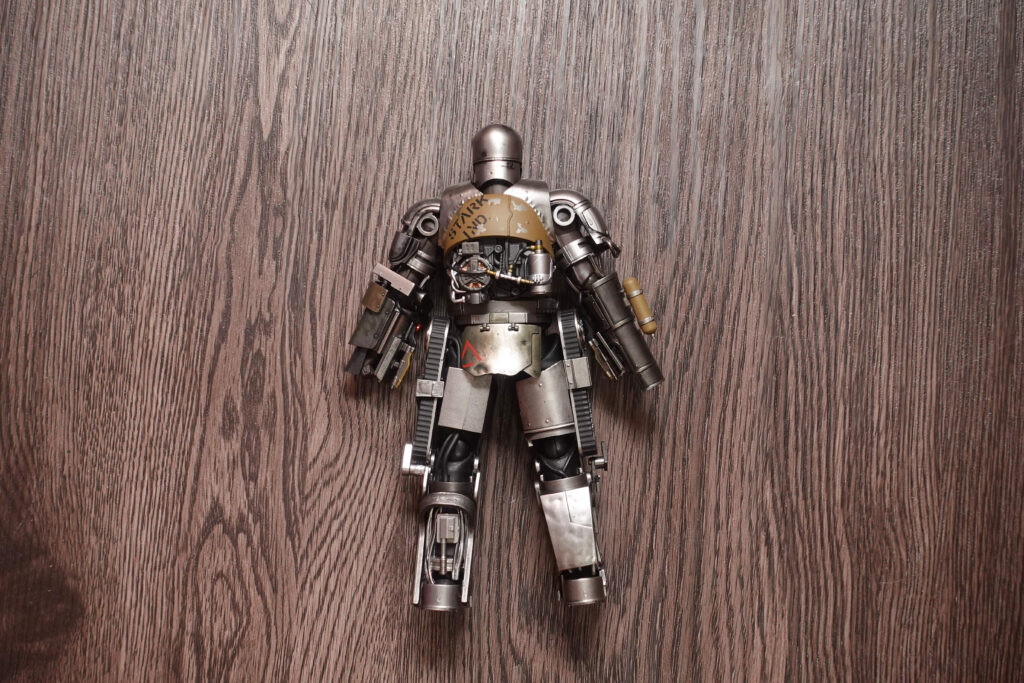 What I really liked about this figure is the heft and feel that it has – it’s definitely not hallow.

The set only includes a limited number of accessories such as Tony’s eye part, interchangeable hands, fire effects for the hands and the feet. Again, we have to remind ourselves that this was the first Iron Man suit – so we shouldn’t expect much from the additional accessories right? 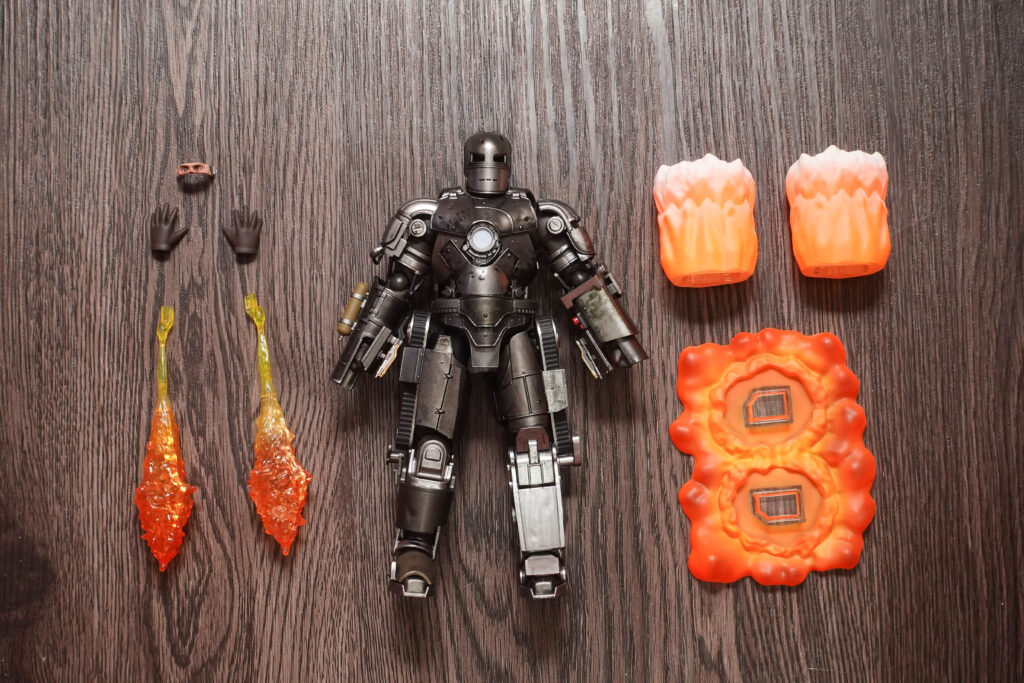 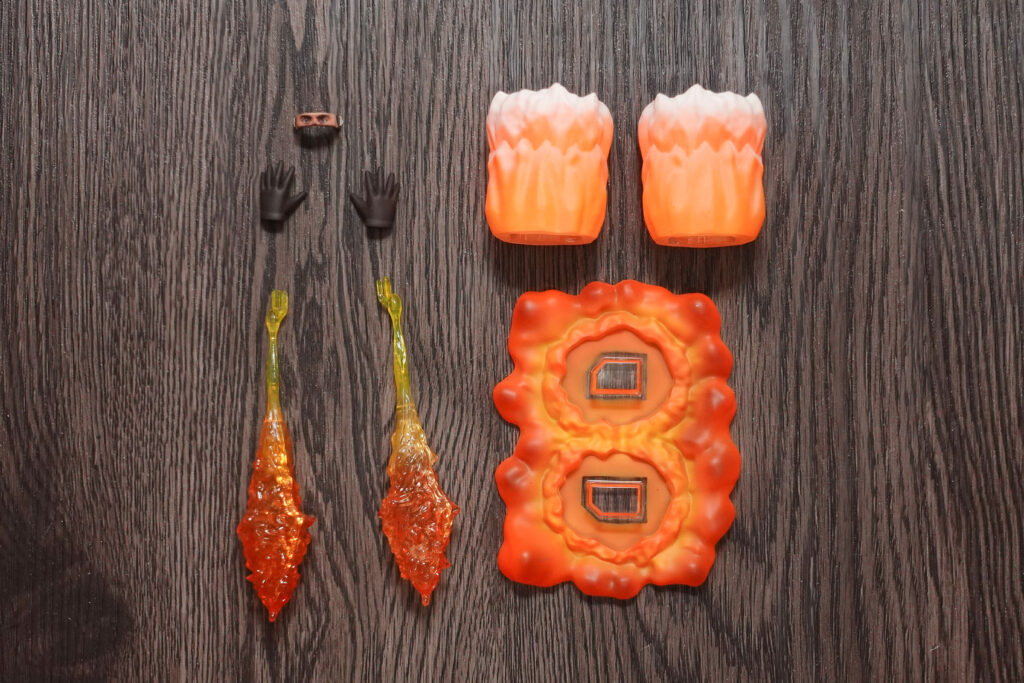 When I said Tony’s eyes – I was referring to this – I wish they could’ve just made a separate head with the eyes. The problem with small accessory parts is their tendency to be misplaced. 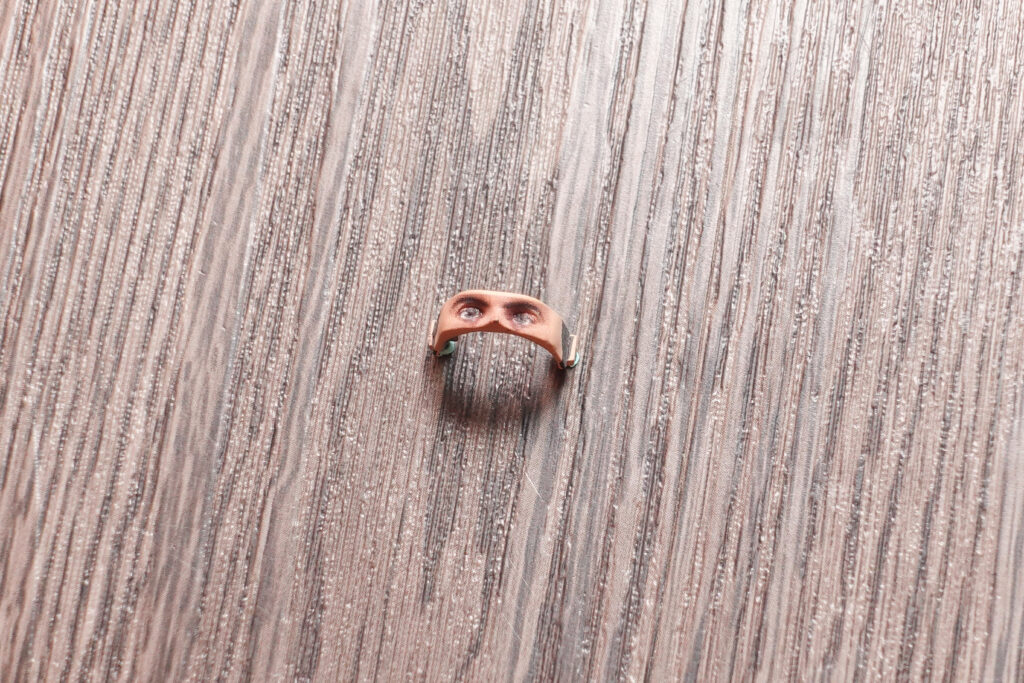 As I mentioned earlier, the articulation points are limited given that the figure is bulky in its build. The head can be nudged from either side with limited movements. 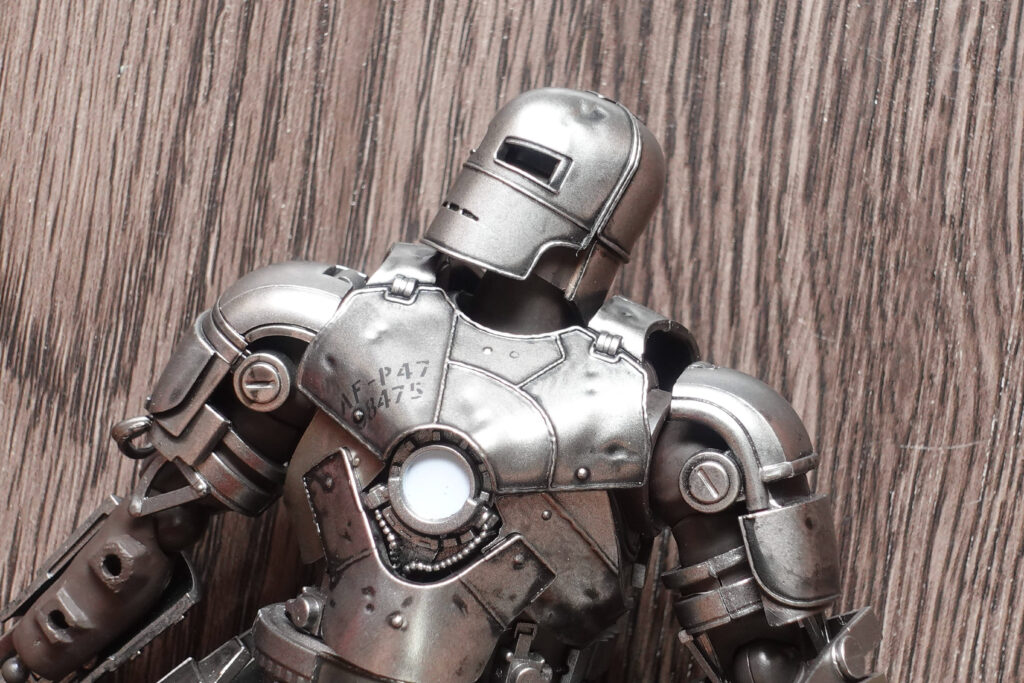 You also would be able to open the helmet to insert the eyes inside. 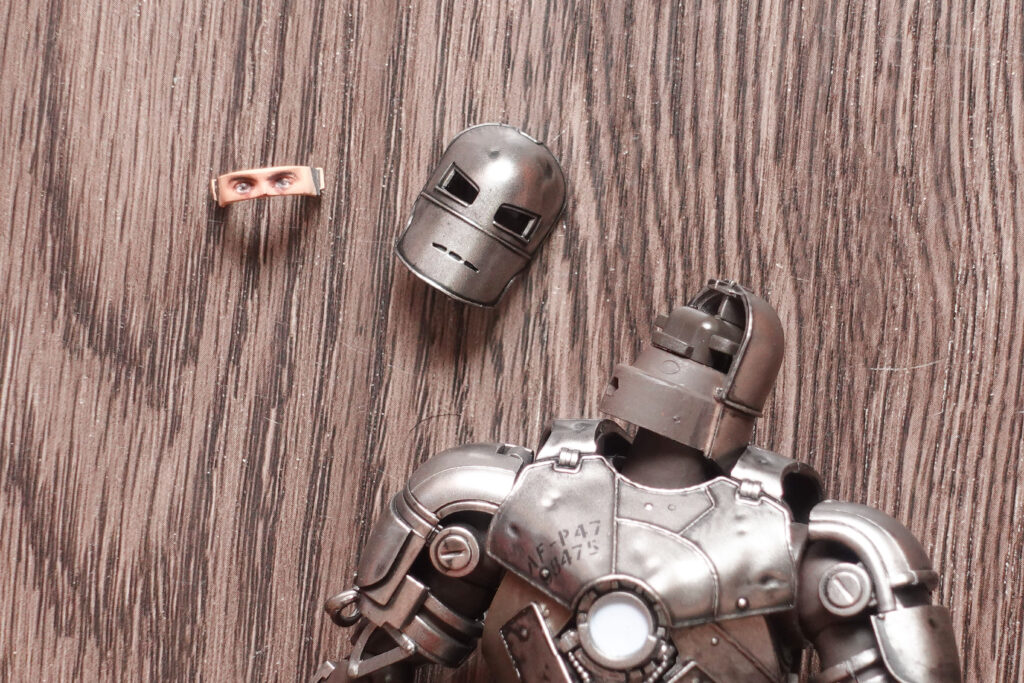 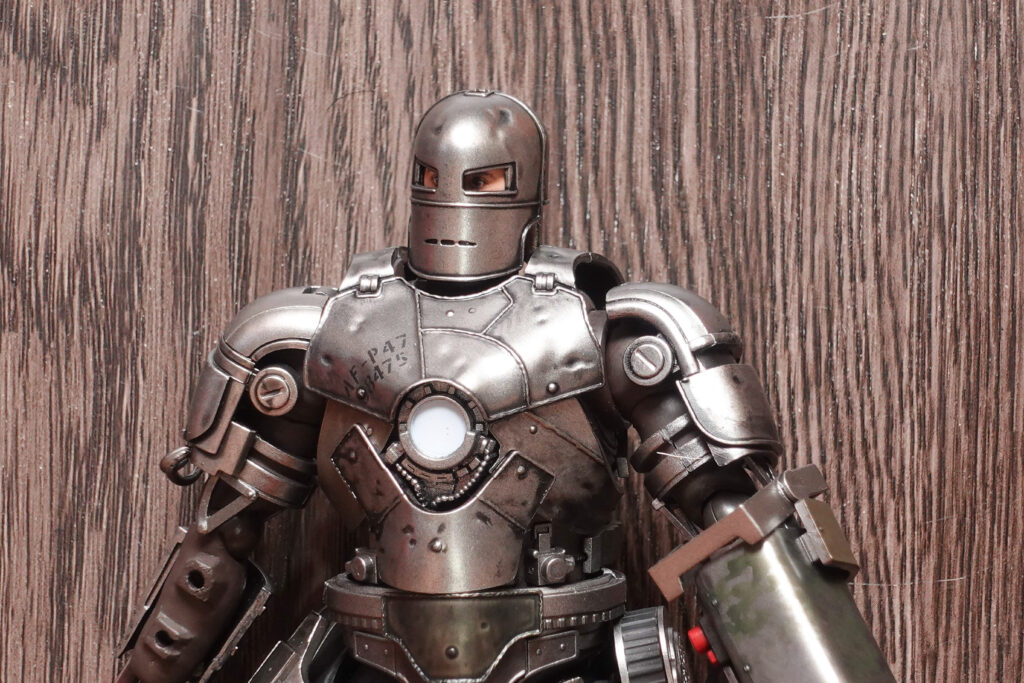 The hands can be switched by releasing the upper part of the armguard – this would make it easier for you to switch the hand parts. 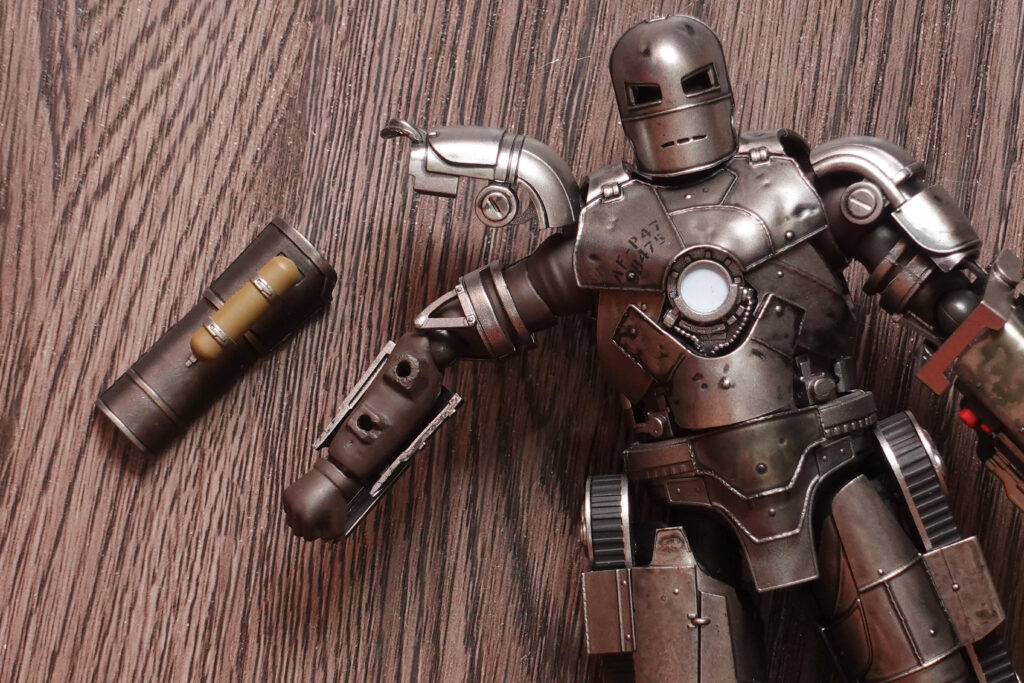 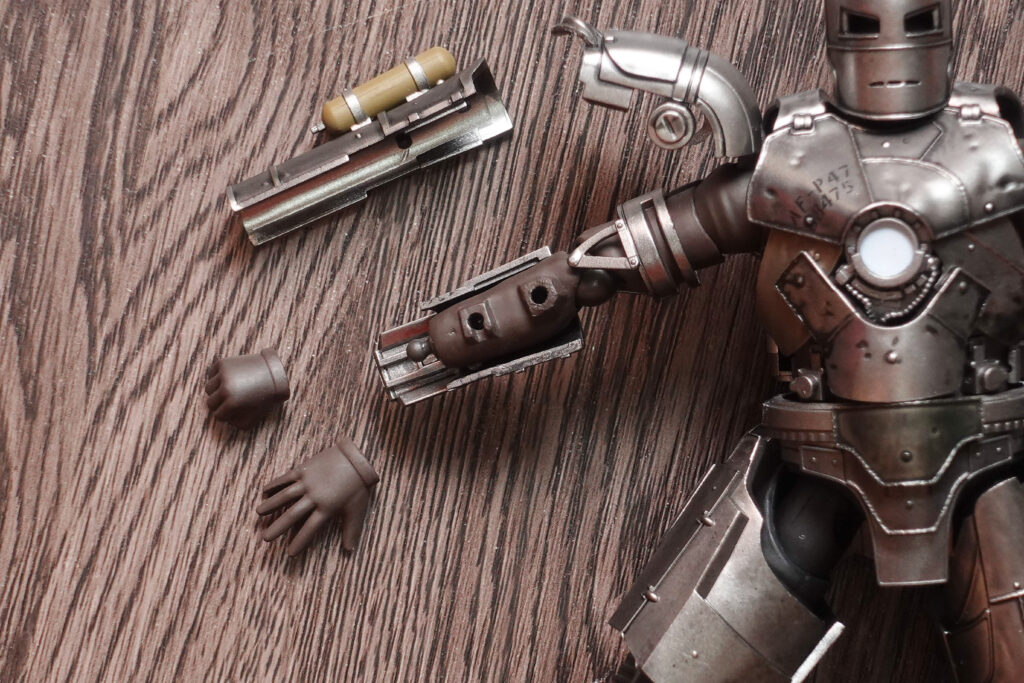 The legs can be bent, but again, with limited movements. 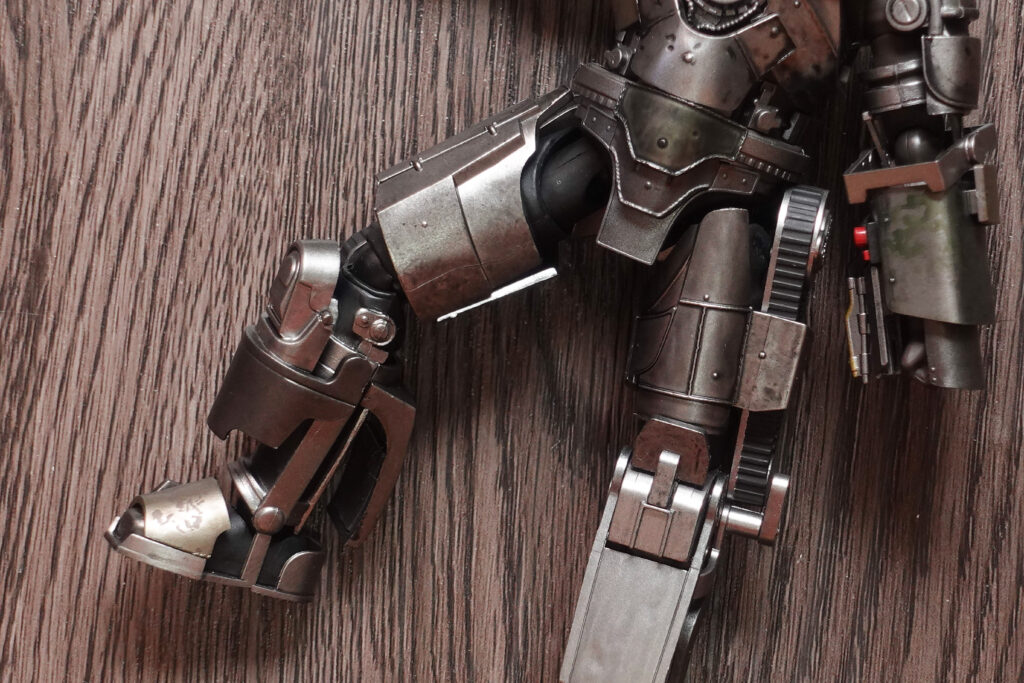 What it (the Iron Man Mark 1 figure) lacks in articulation makes up for its figure detail and paint application. I liked how they tried adding minute details like dents and rusts. 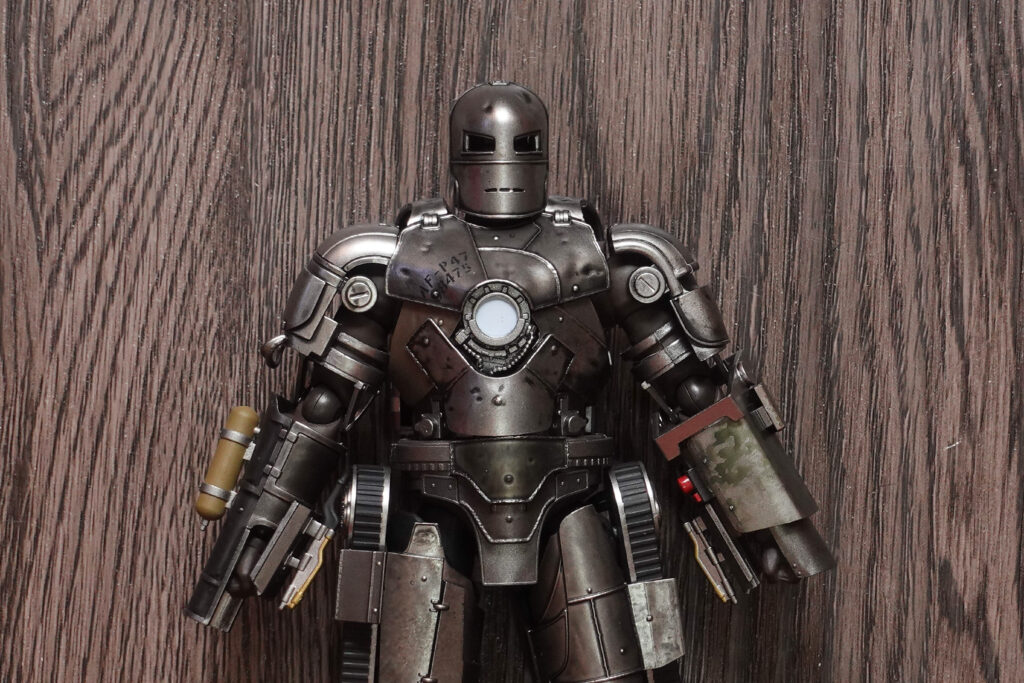 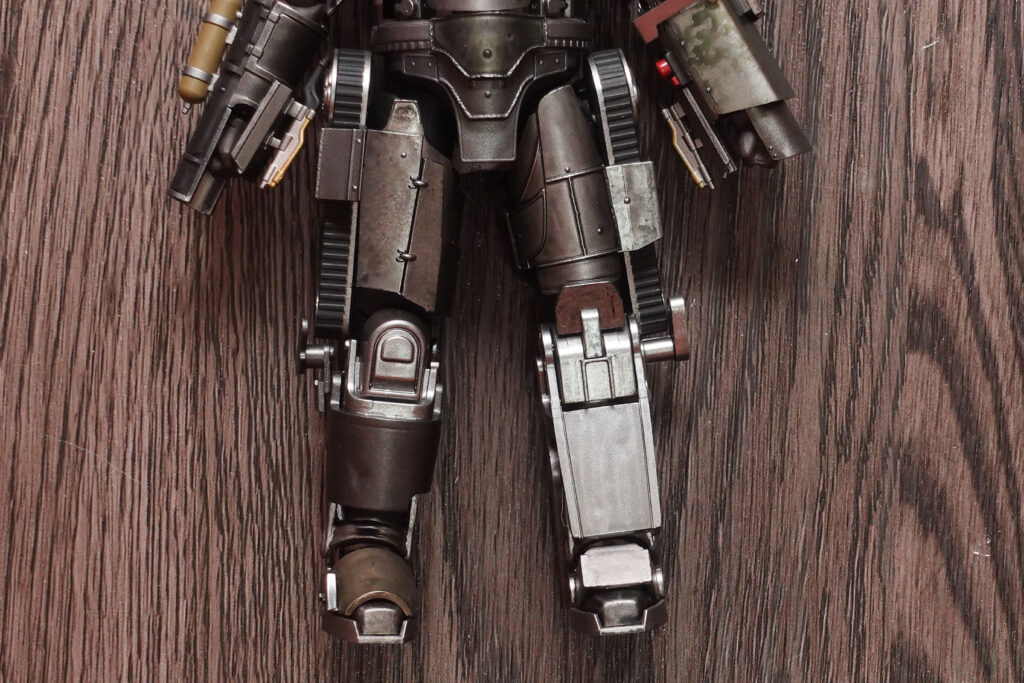 I really liked how they made this figure appear metallic given that the material they’ve used is just plastic. The details even from the figures back are spot on! I thought there were die-cast parts in the figure but it was just actually the paint details for the figure. 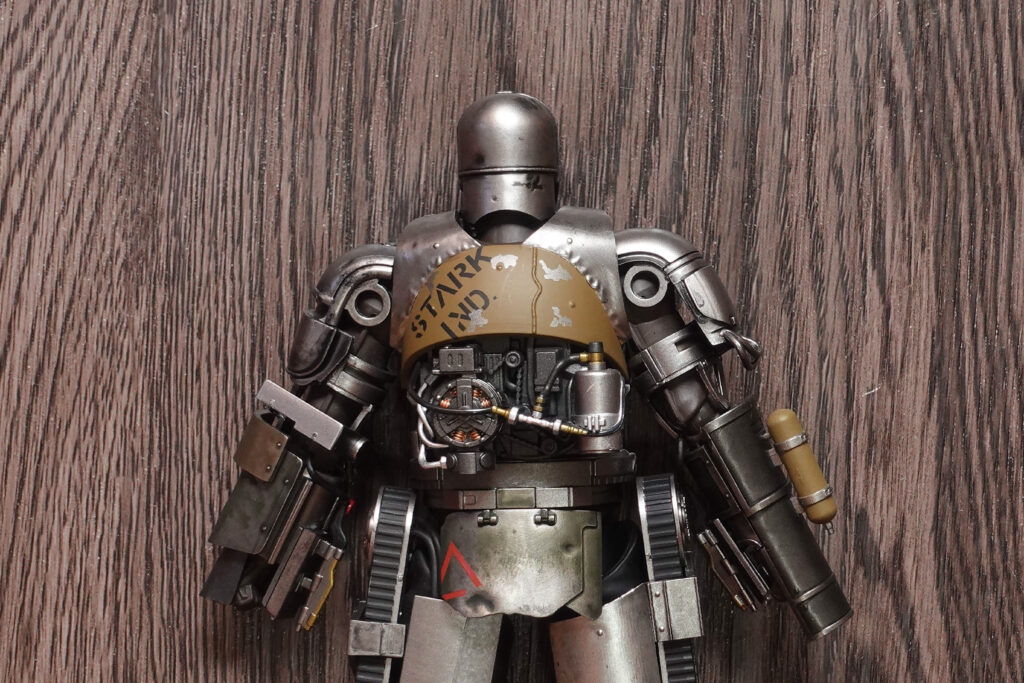 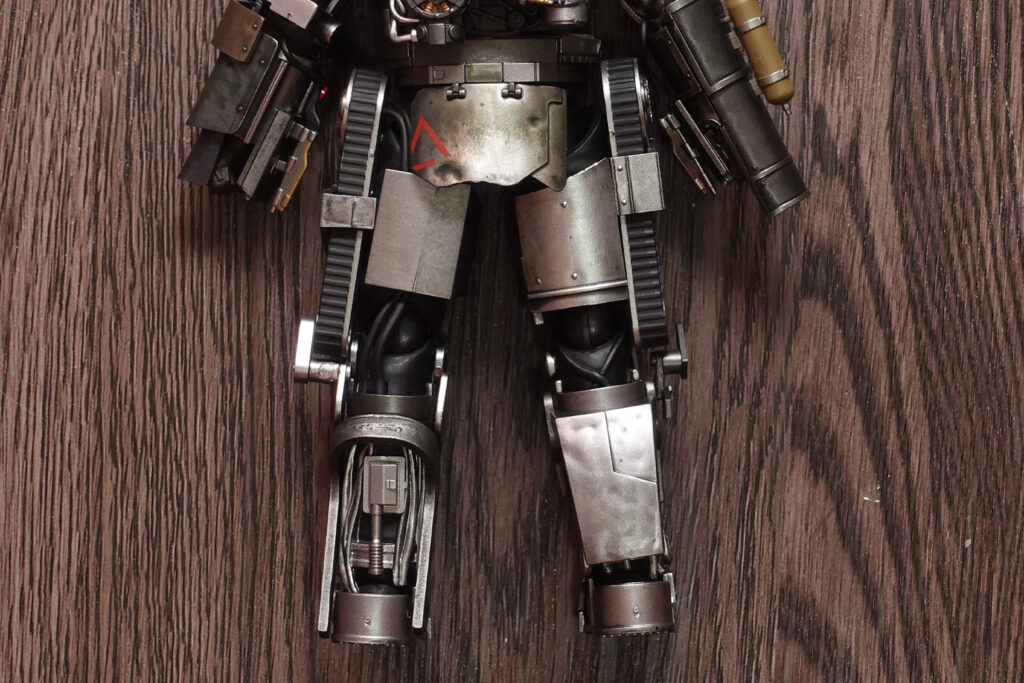 Even the effects had a nice paint finish – as they appear to be sort of luminous. These effect parts can easily be attached to either the arms or the feet of the Iron Man Mark 1 figure. 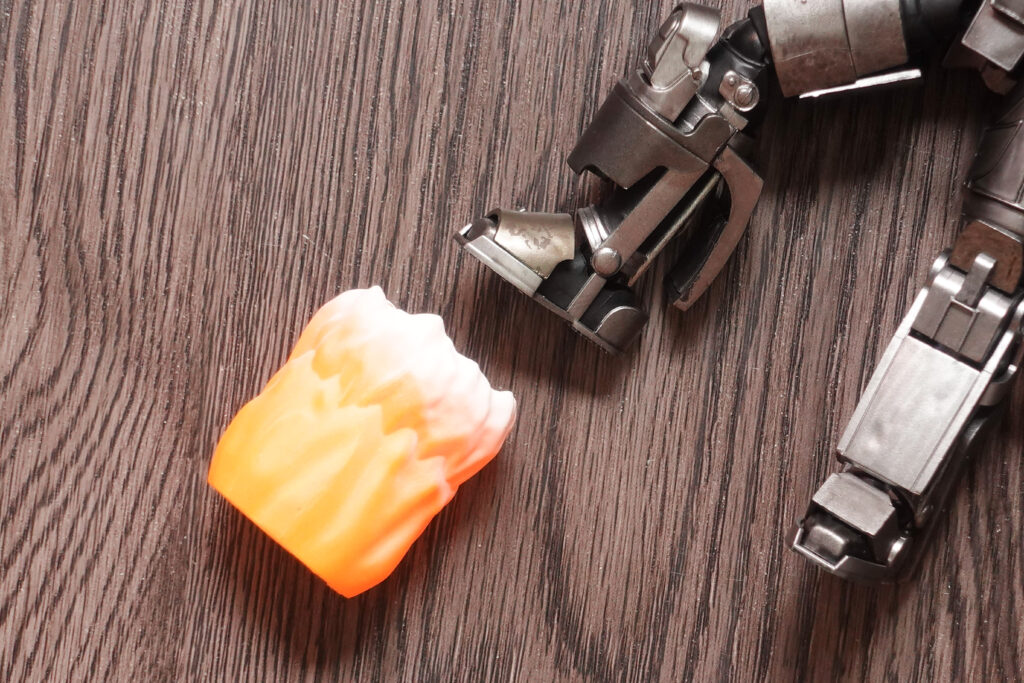 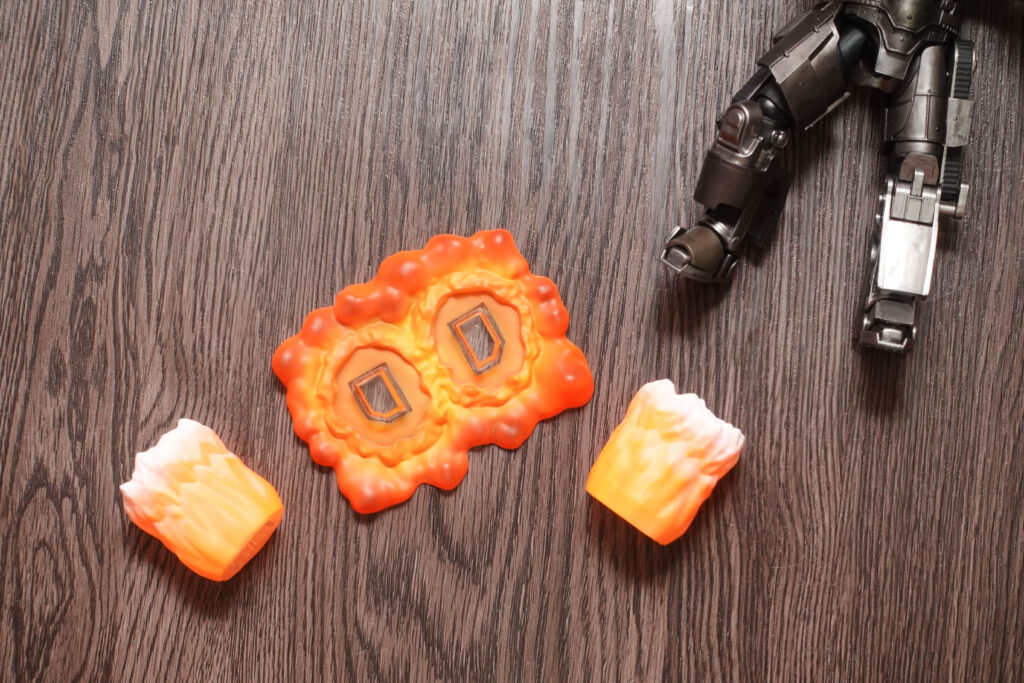 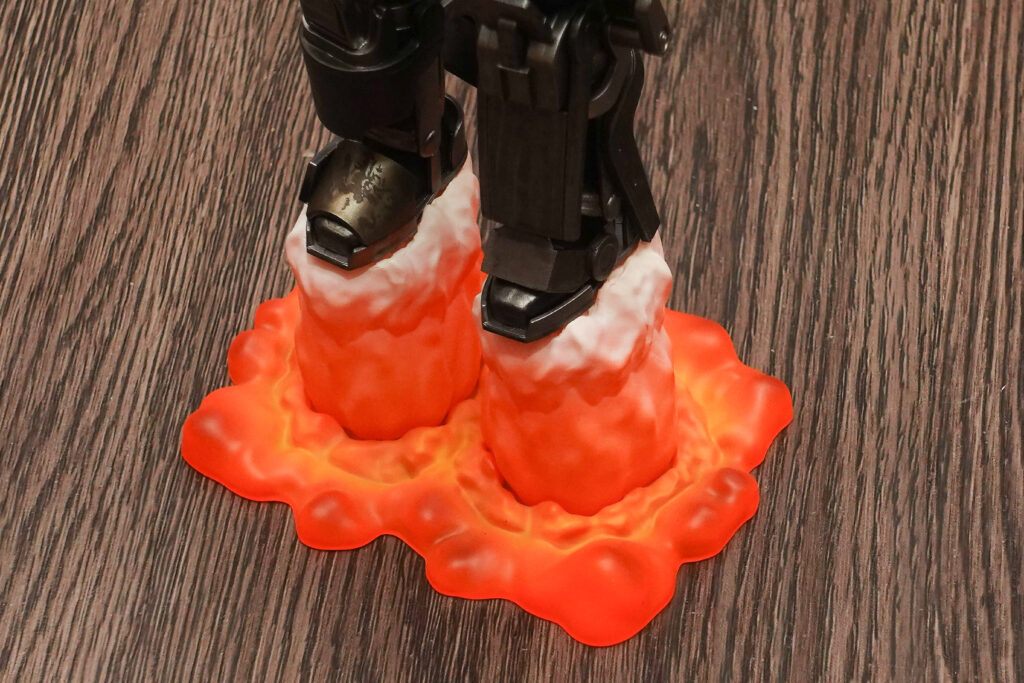 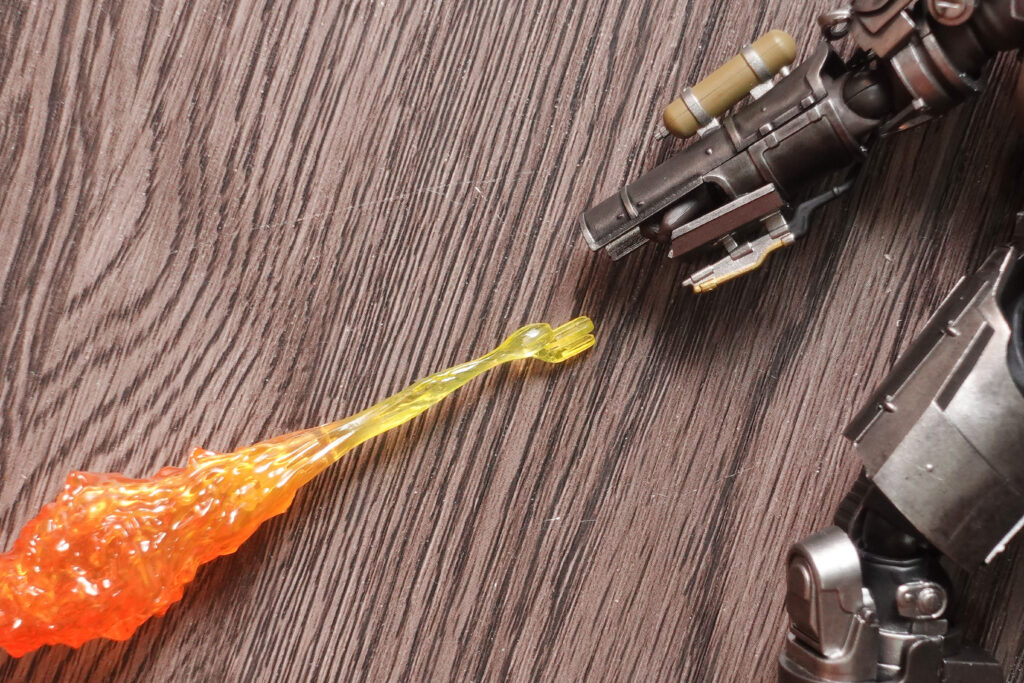 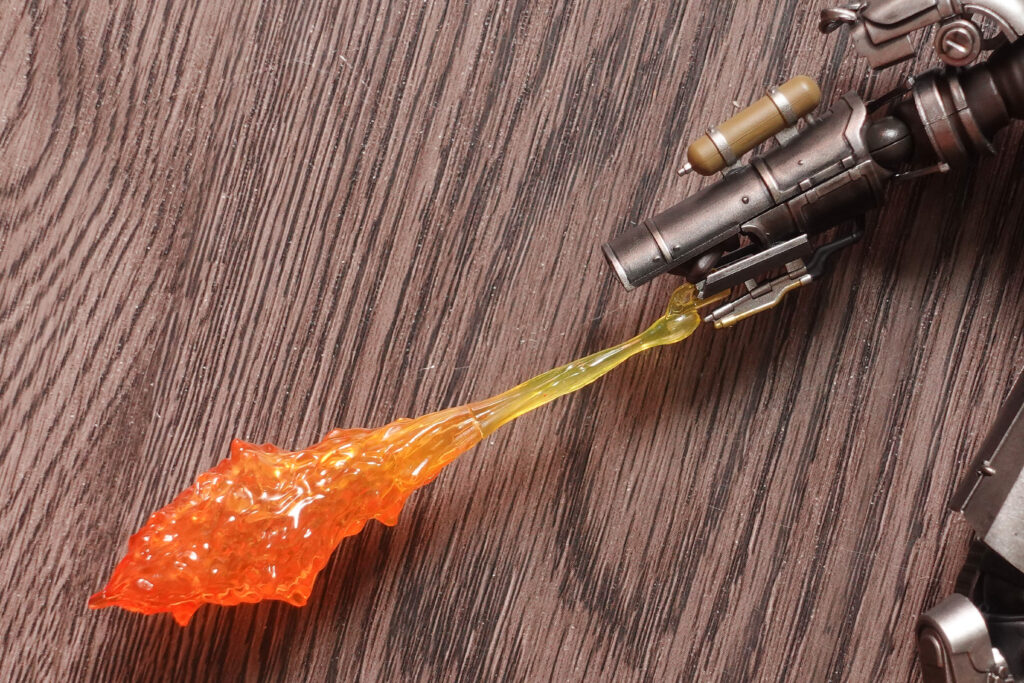 I was actually surprised that I kind of liked this figure. I thought the build and bulk would turn me off but it actually was the reason why I feel this figure is worth your money! It’s never too late to start collecting your S.H.Figuarts collection! Do check out GreatToys Online, if you want to check out their figures up for sale!

Here are some of the shots I took with this figure. 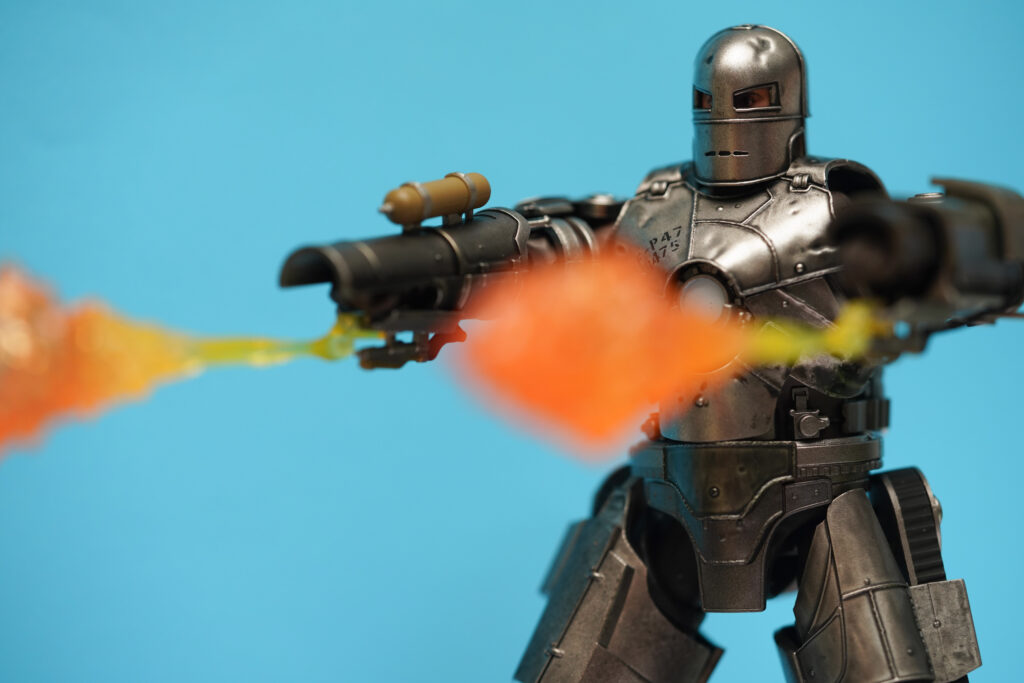 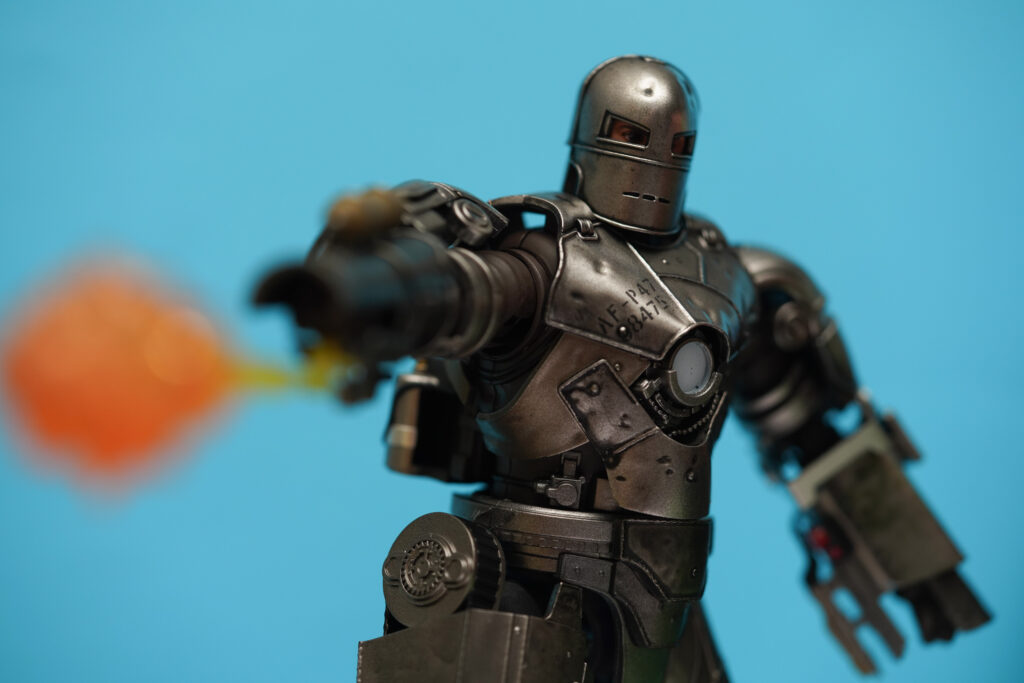 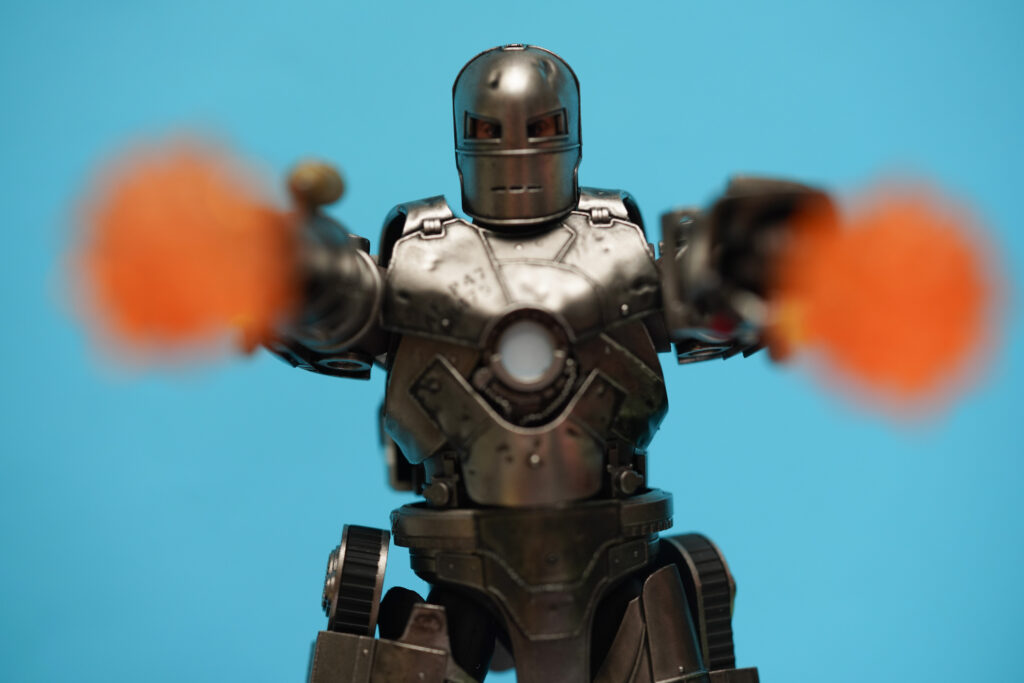 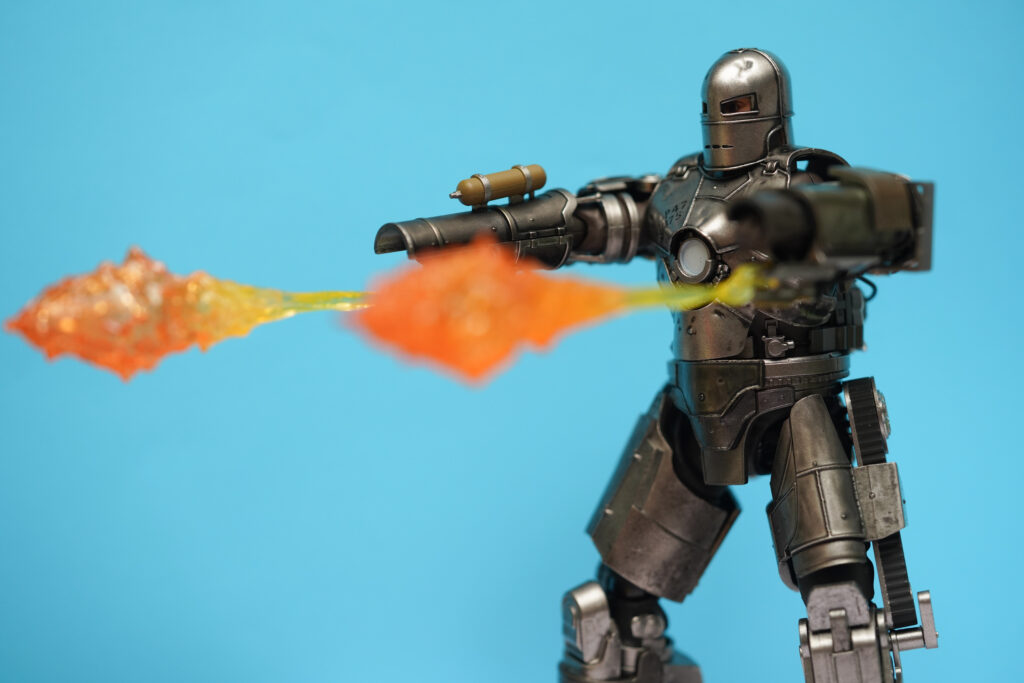