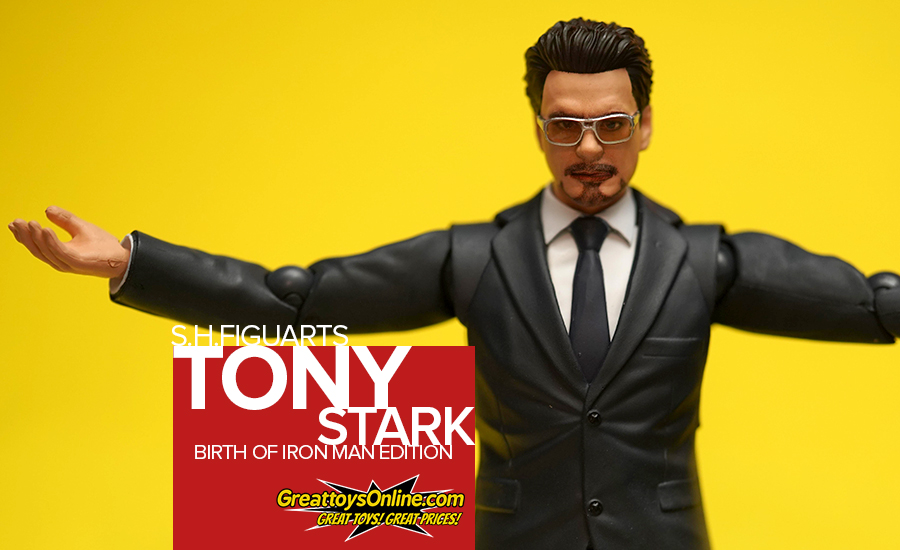 It’s been a while since I’ve reviewed a Marvel comic book character on my site. My review will be all about the man who started the MCU (Marvel Cinematic Universe) trend – Iron Man aka Tony Stark!

This figure review wouldn’t be possible without the help from our friends from GreatToys Online, if you want to check out more marvel related S.H.Figuarts figures, go visit their website!

The box design has a sort of foil finish to it which makes it shine in a way. The box size is quite compact and is almost the same as your typical S.H.Figuarts box. Although the box may not have clear acrylic plastic in front, the box art typically shows what you’ll expect inside. 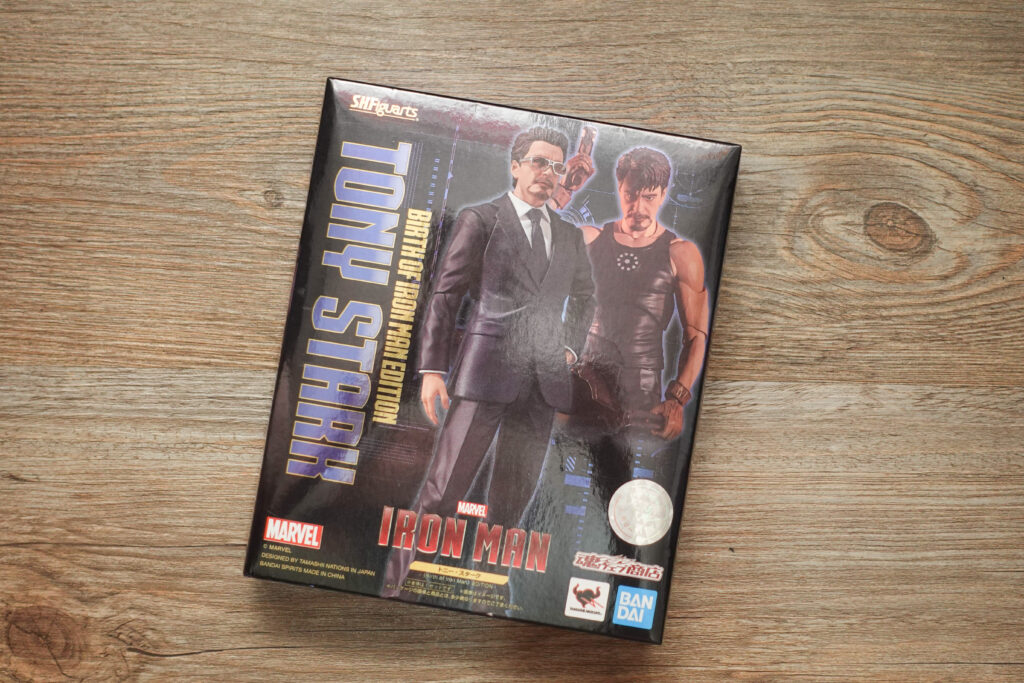 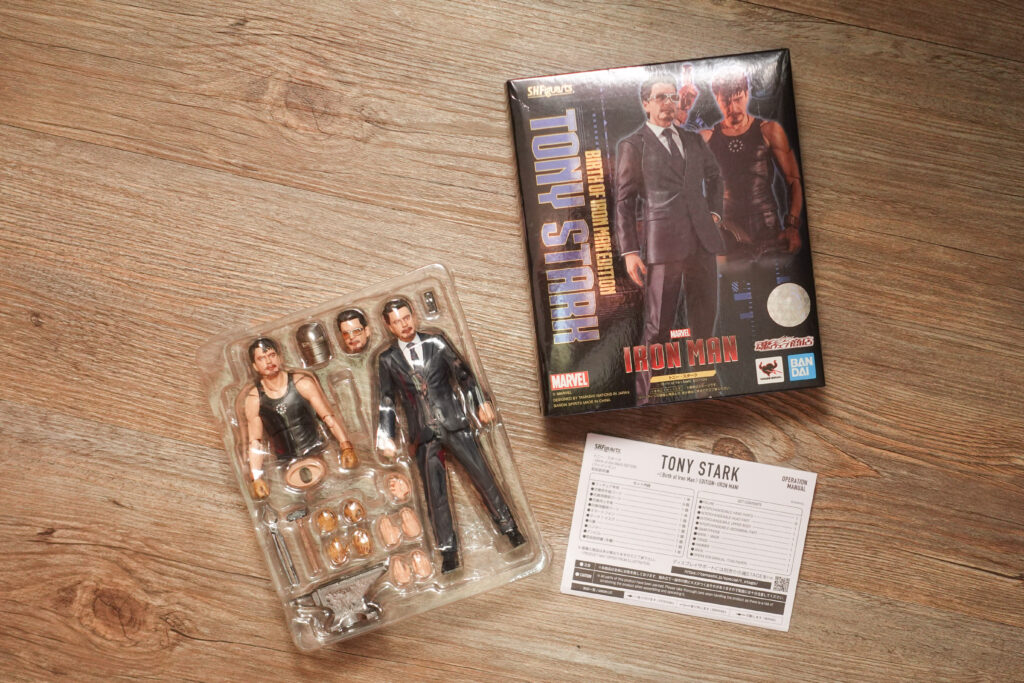 Since I’ve reviewed a handful of S.H.Figuarts figures, I’d have to say my expectations for the quality, articulation, and all are a bit biased – but this figure really delivered! The quality and the figure articulations are really good, Bandai and the Tamashii Nations really cemented their mark on the figure production game. 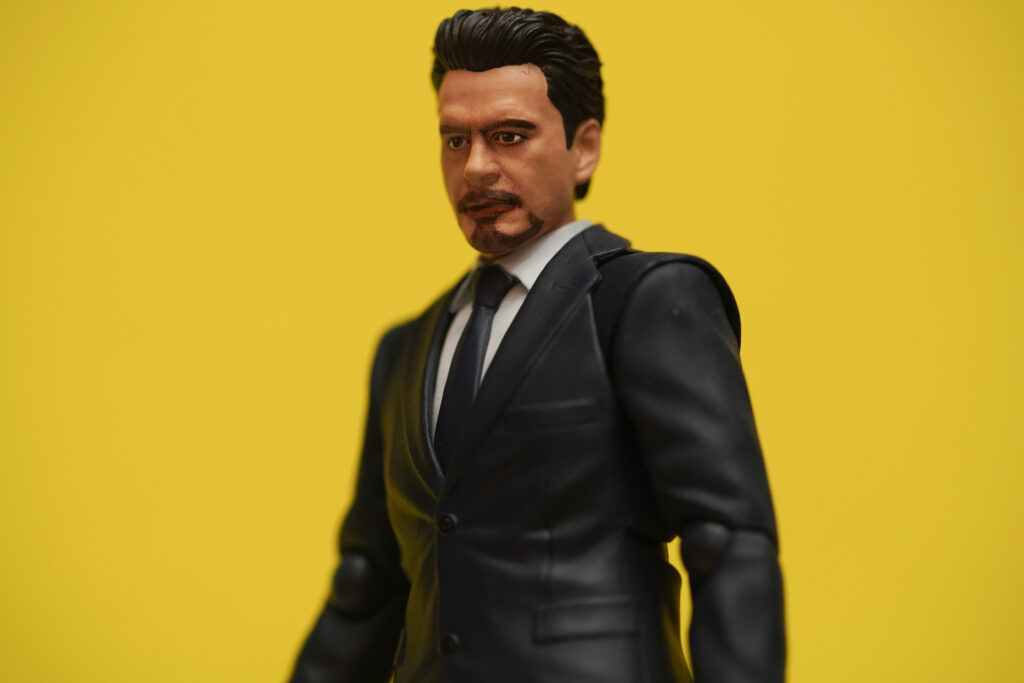 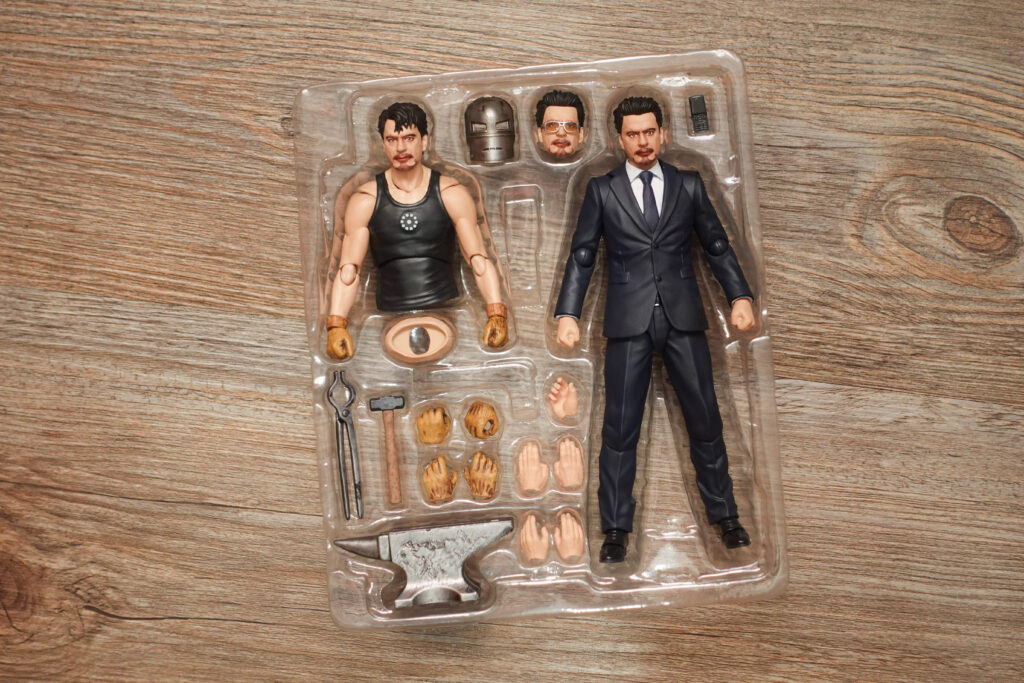 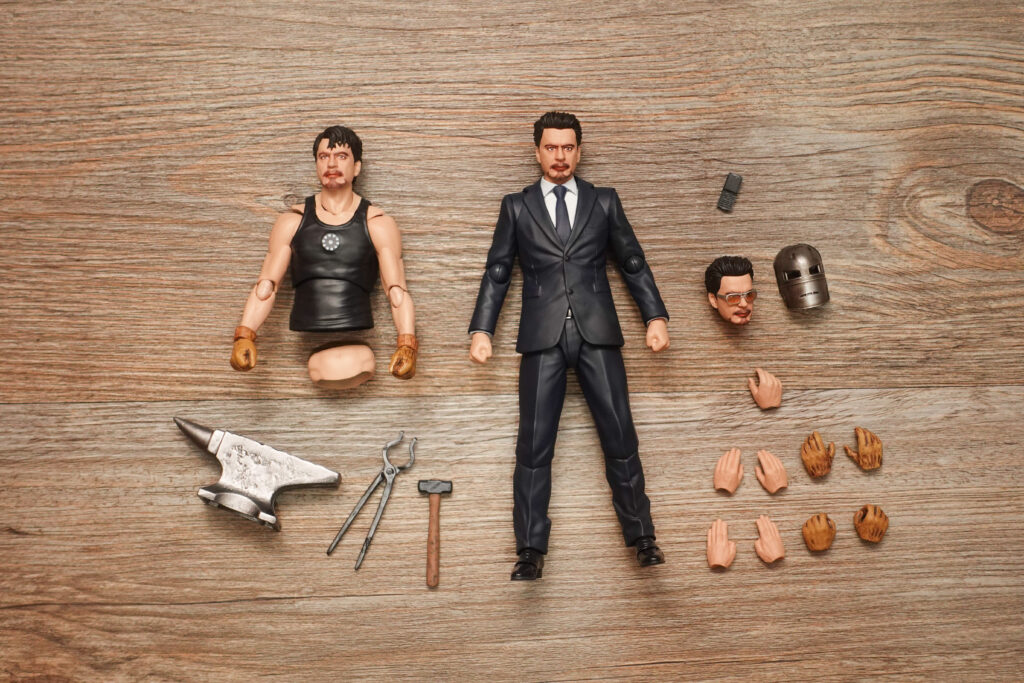 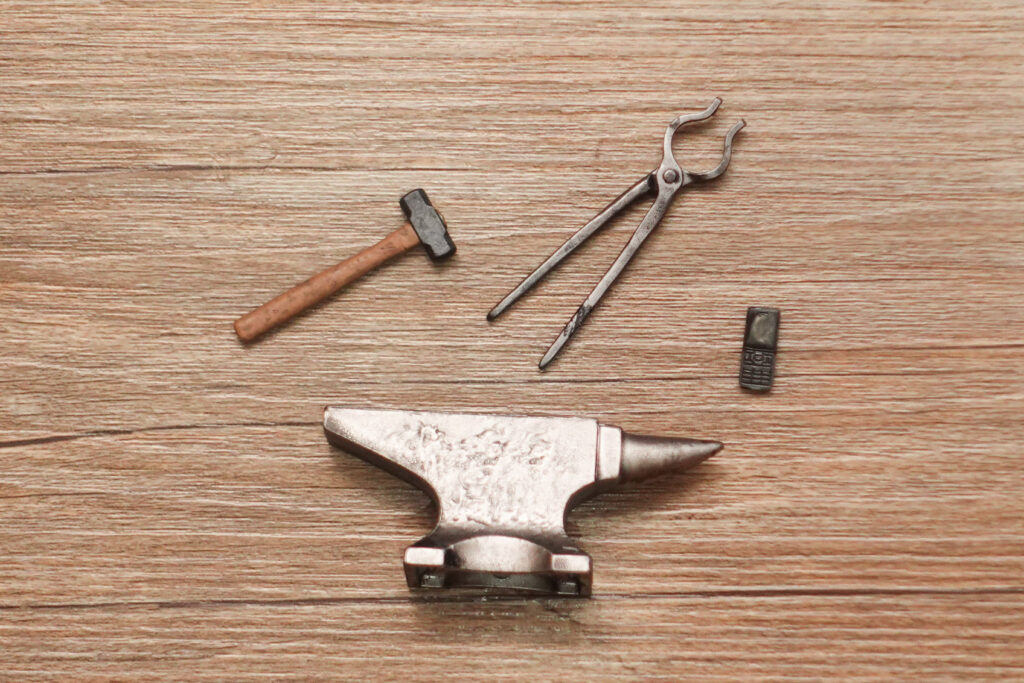 The set unfortunately doesn’t include a figure stand or a base. You can always get that separately if you need them but most Figuarts figures can stand even without the aid of a figure stand.

Since I’ve mentioned earlier that the quality and articulation for the figures of Figuarts are good, I can share more details with some of the photos I’ve taken. The figure has two upper body parts – the suit version and the tank-top version, both figures have their own set of interchangeable hands as well. 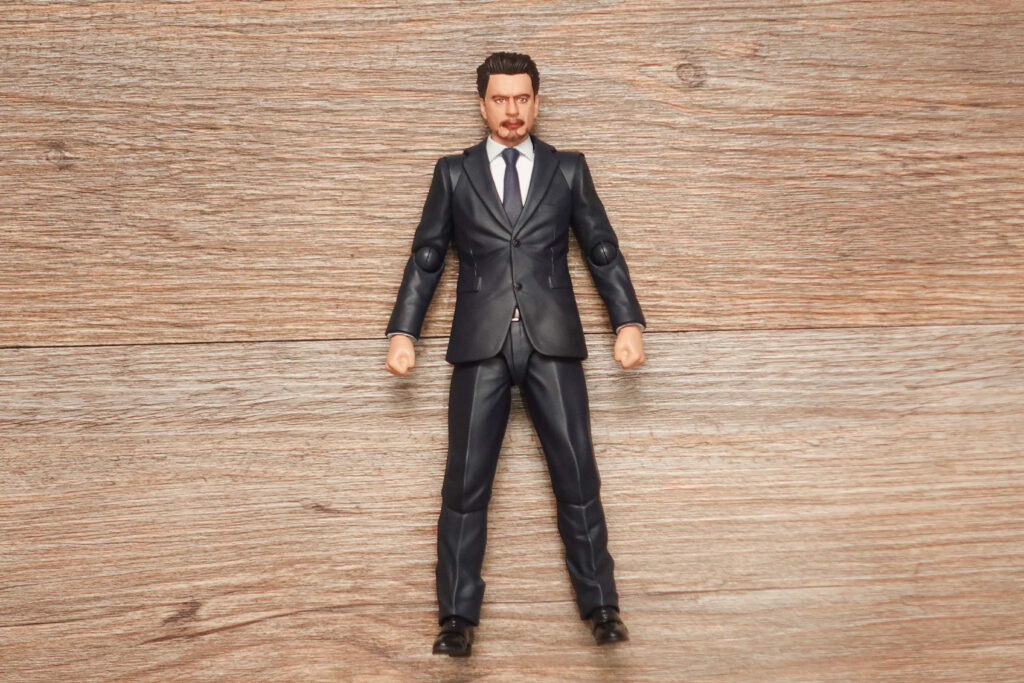 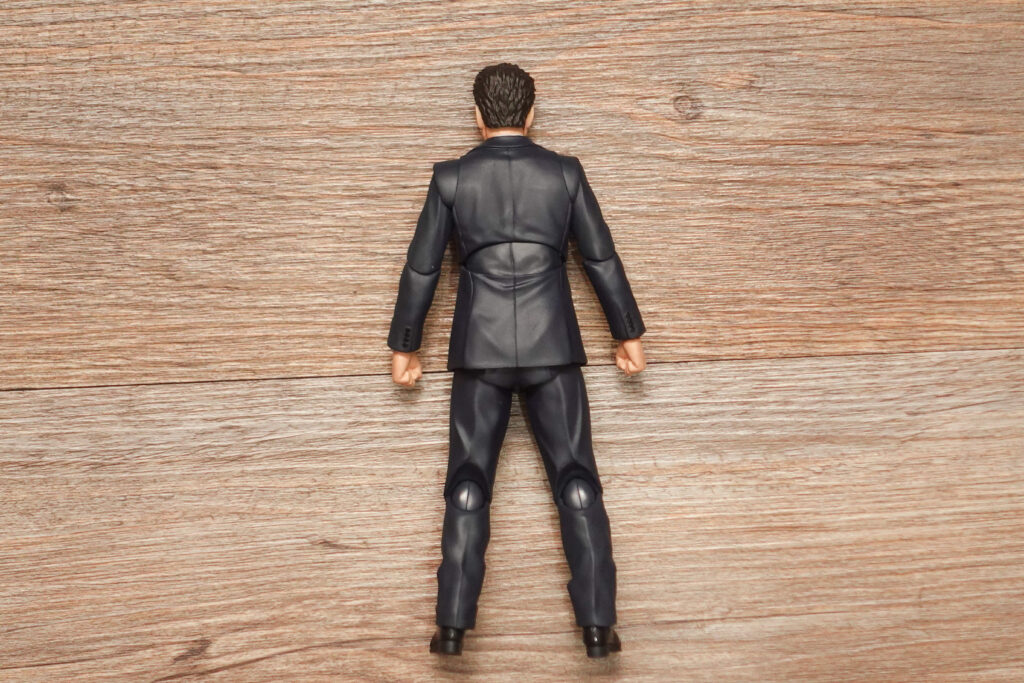 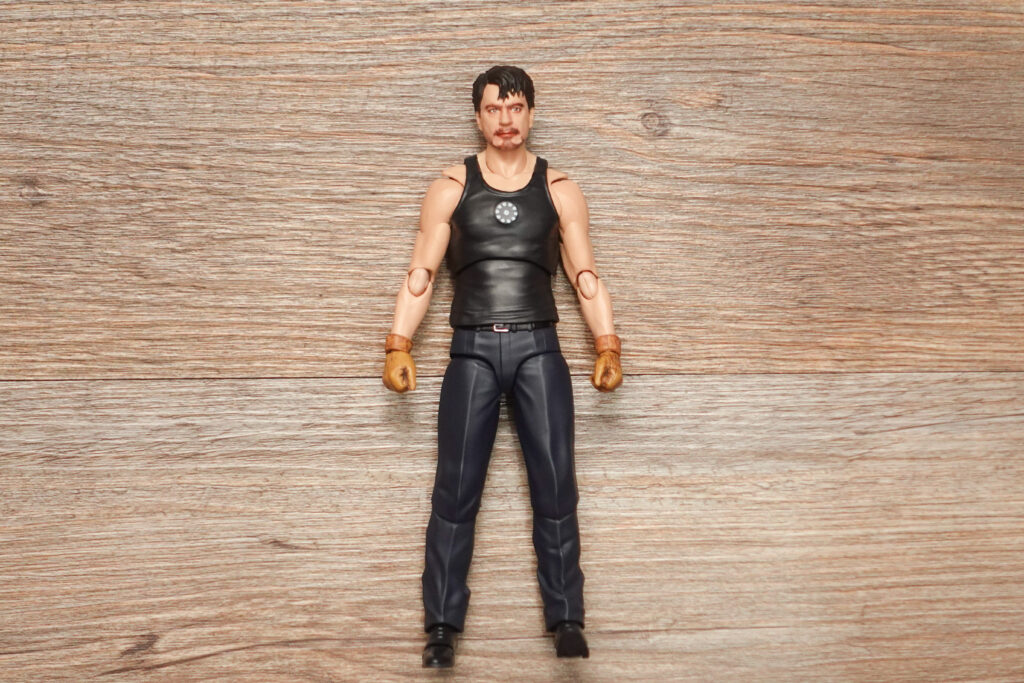 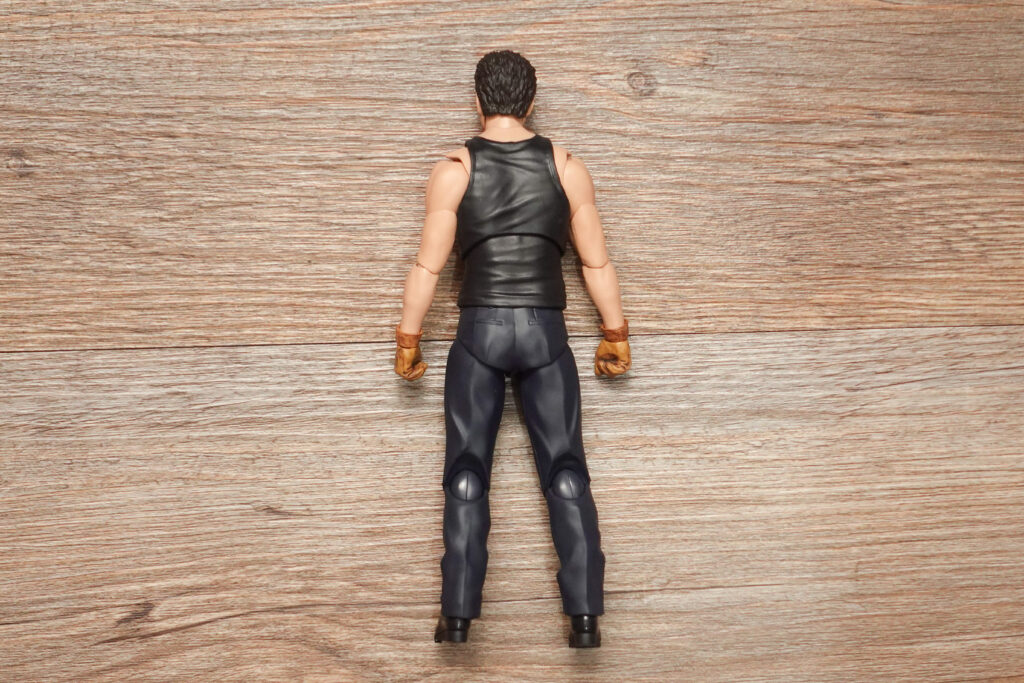 The suit version has points of articulation in the arms, elbow, and even an ab-crunch articulation point. The suit has a slit on its back part allowing the figure to be able to scrunch over and back. 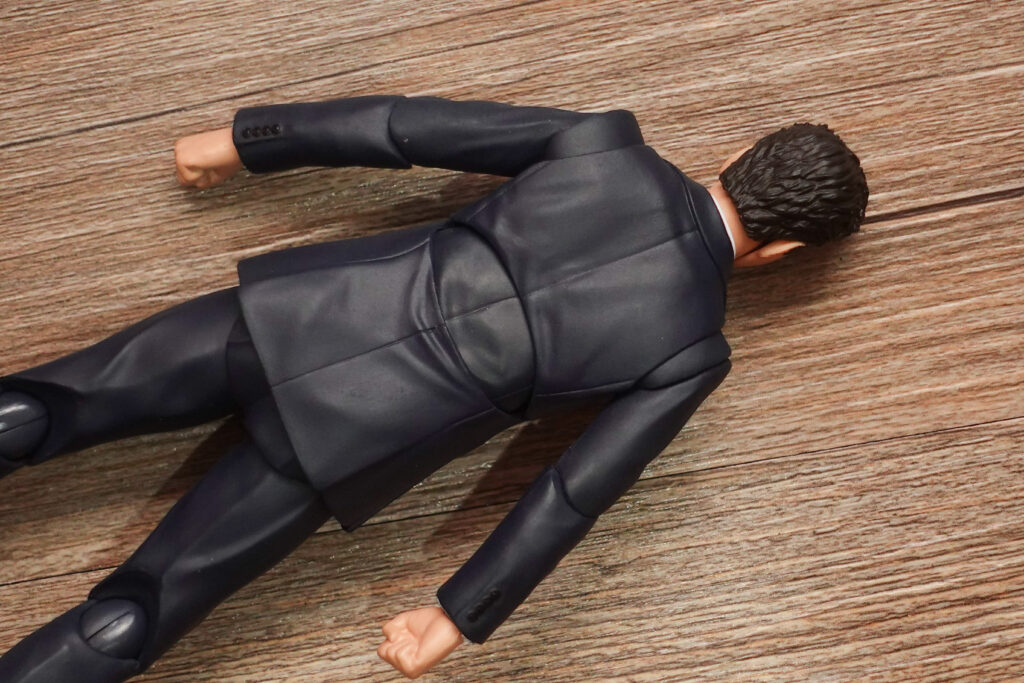 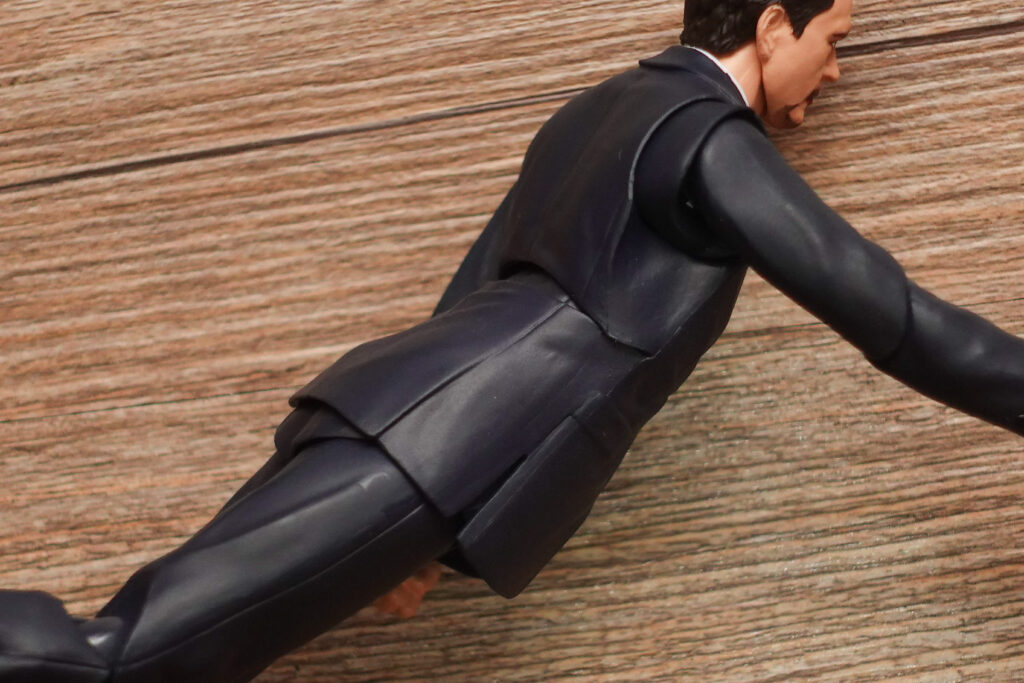 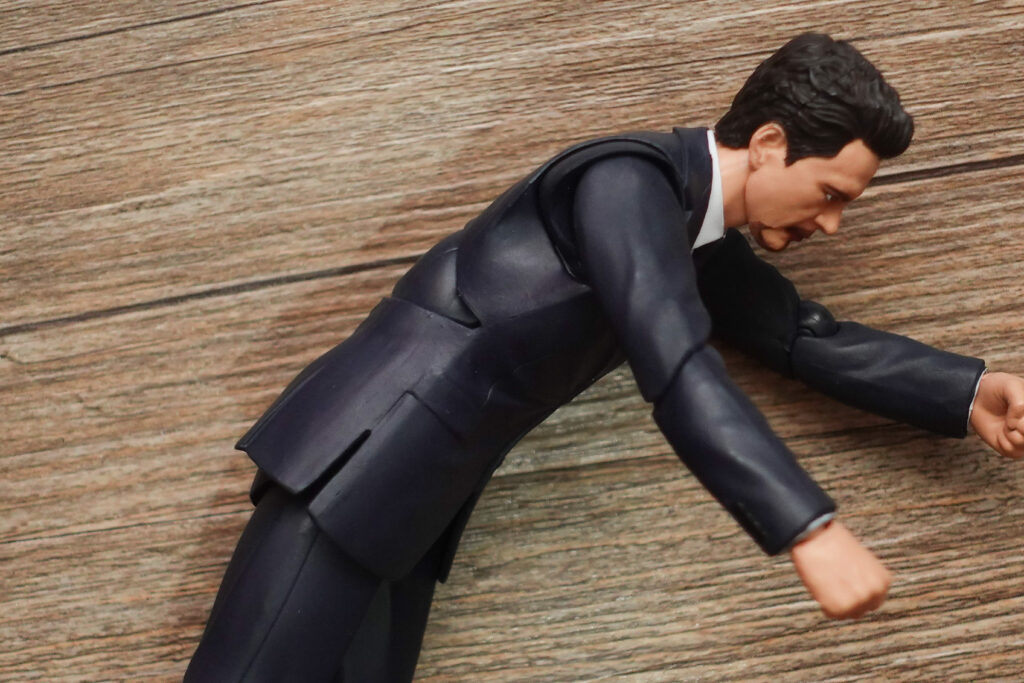 The upper part of the figure has a separate connector for the shoulder joint and the connecting arm joint which makes it more articulated. The elbow joint articulation is also hidden from the back and the ball joint is located in the forearm part. 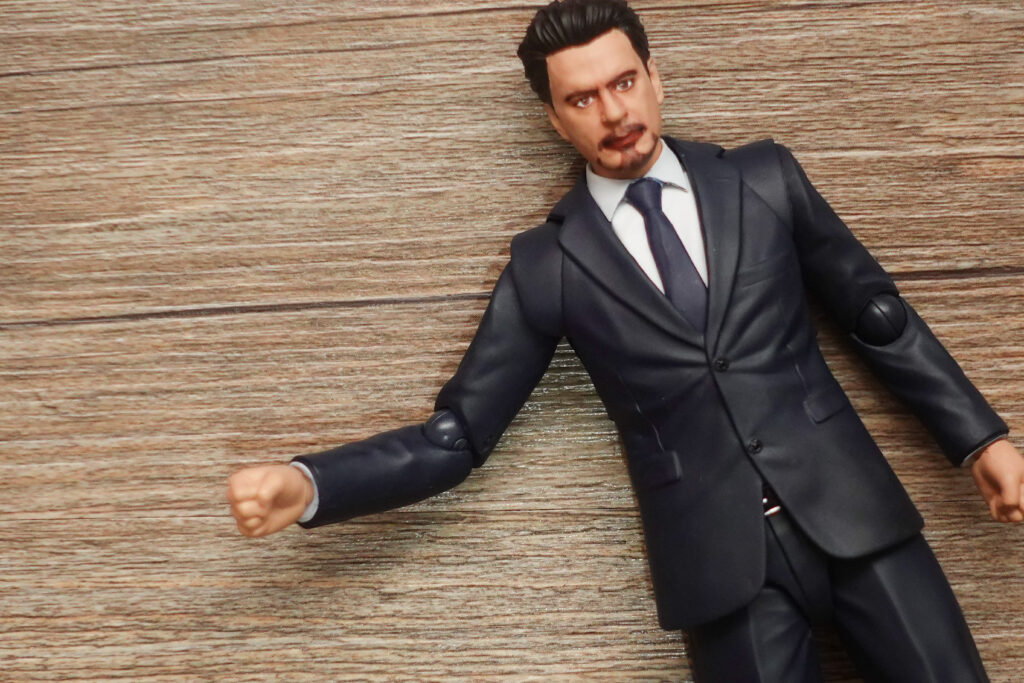 Similar to the suit part – the tank-top body part, the shoulder articulation is also separated into two to create more articulation possibilities. The main difference aside from the clothes is that the arms have their own articulation point wherein you can twist the arms from left to right. 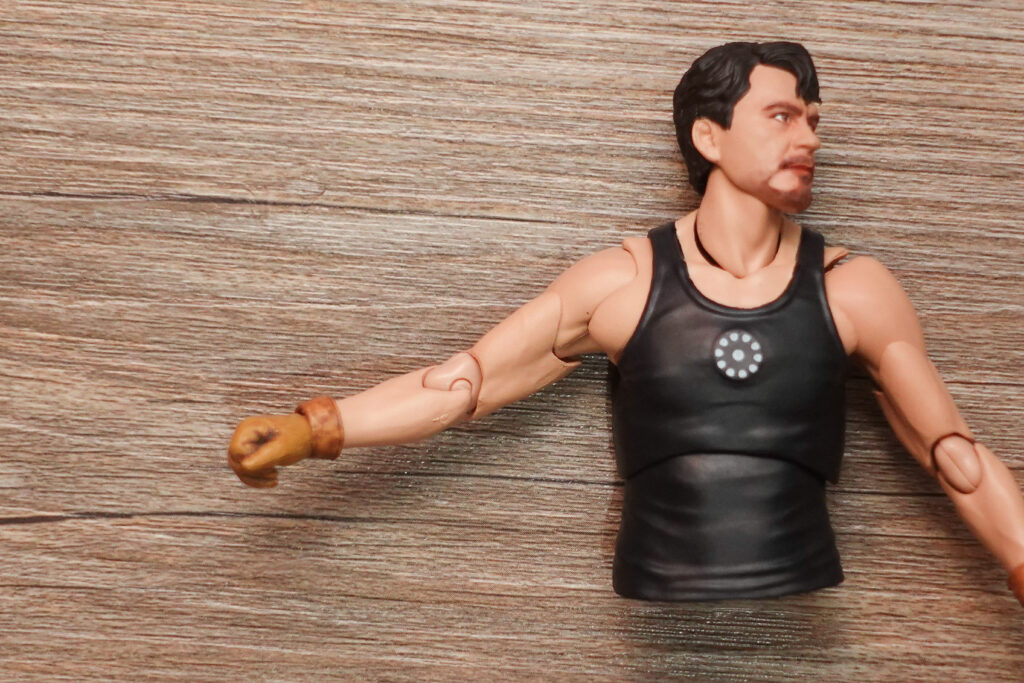 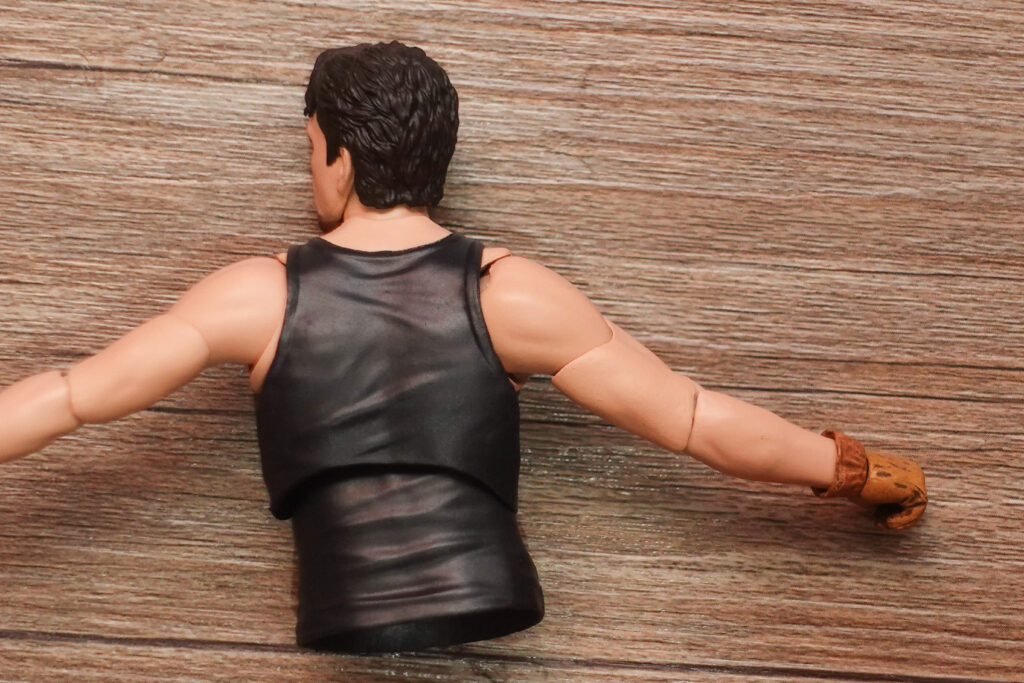 The tank-top part also has a separate torso that can be used to connect the upper body part to its lower part. 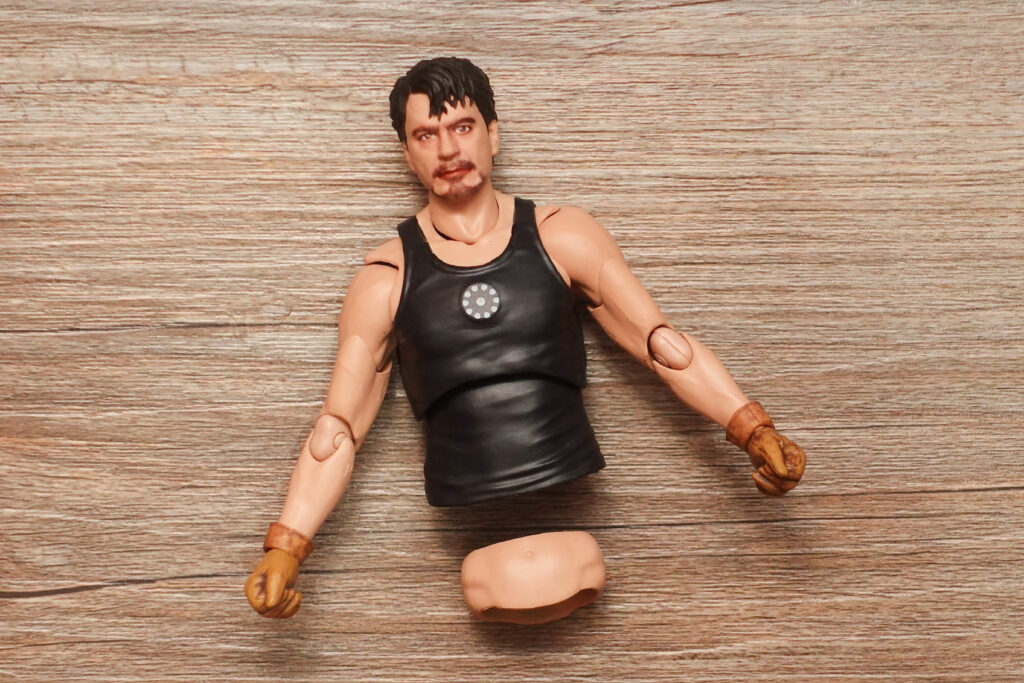 Connecting the upper part to the lower part is quite tricky as the joint part is made out of a T-type connector, you should really hold the figure firmly when connecting or disconnecting it from each other. 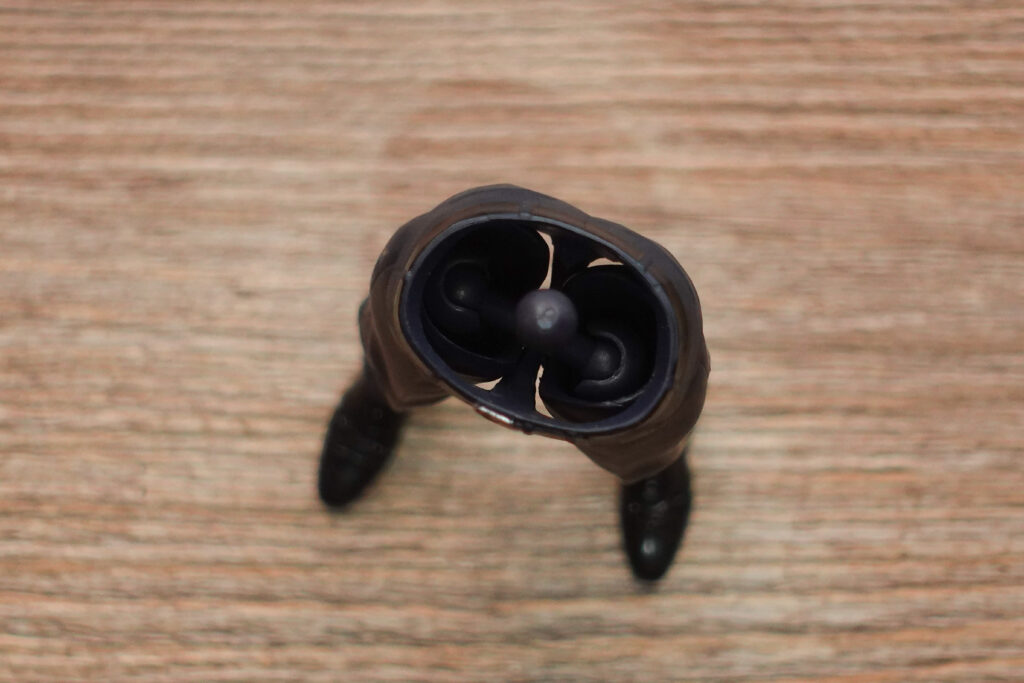 The interchangeable hands are also different depending on which upper body part you’re using. The tank-top version’s hands are covered with utility gloves – since he was doing the Iron Man Mark 1 when he was wearing this outfit. 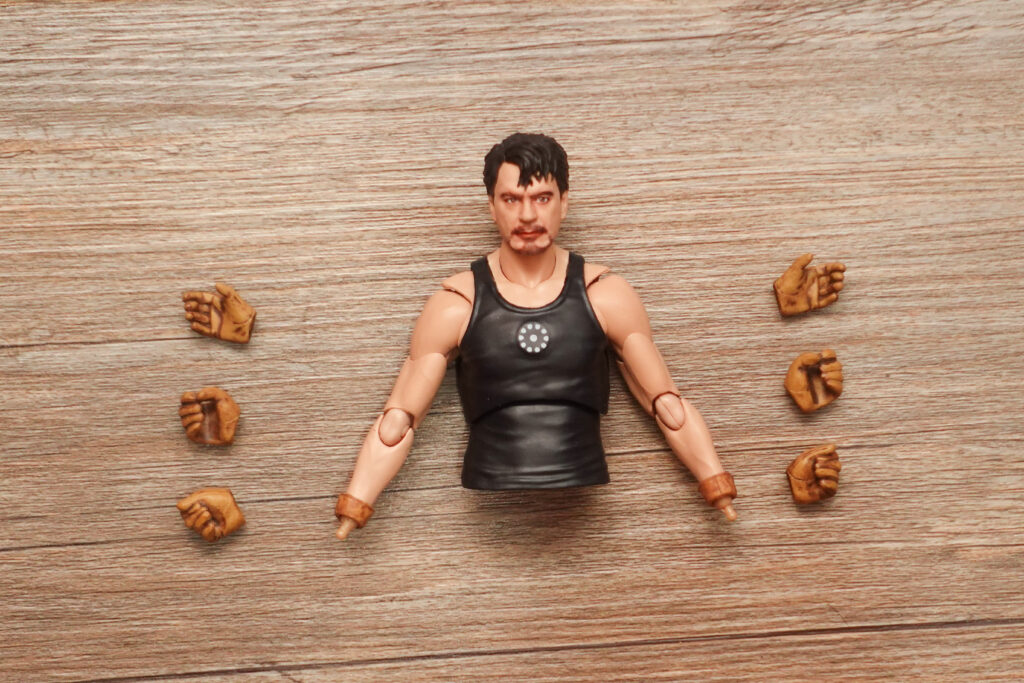 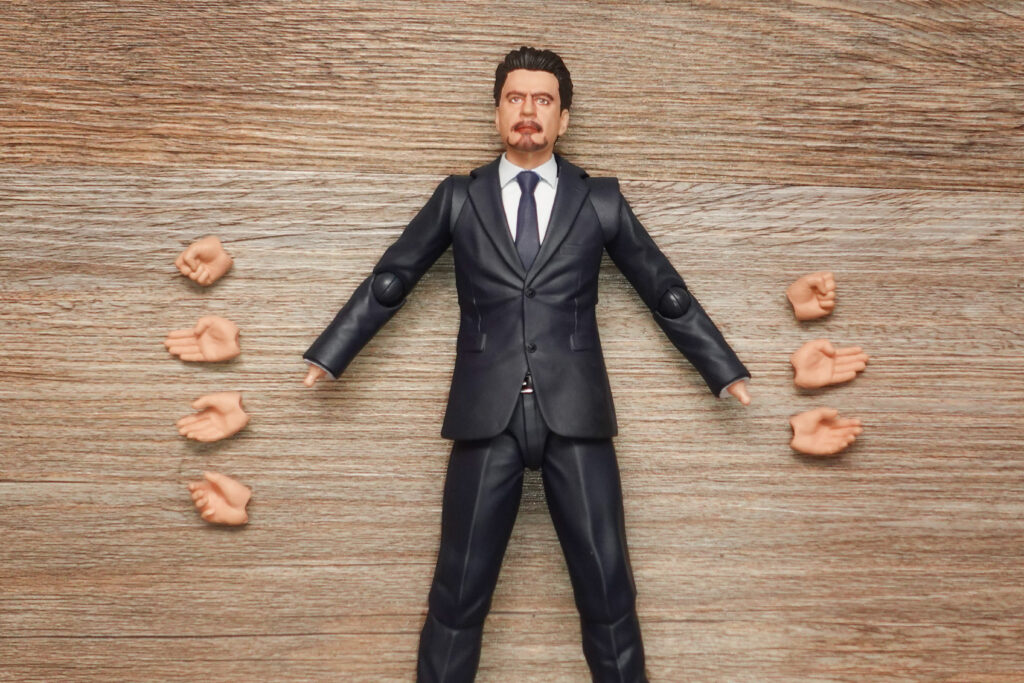 The legs also have their articulation point down to even the shoes. The ball joint articulation is cleverly hidden from the part’s knee part. 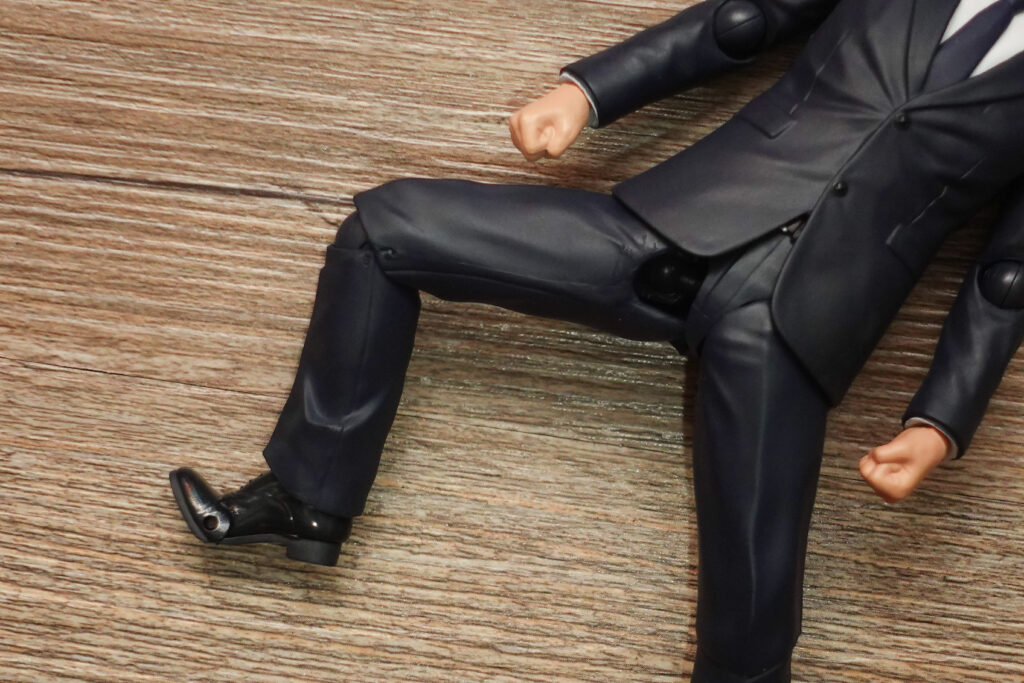 The main details applied in this figure will be located in its head sculpture – since this is mechanically printed having an accurate copy of Tony’s face wouldn’t be so much of an issue. This is also one big improvement from the Bandai and Tamashii Nations team – the printed face is really made nice compared to how they were doing it before. This figure really looks like Tony Start to me! 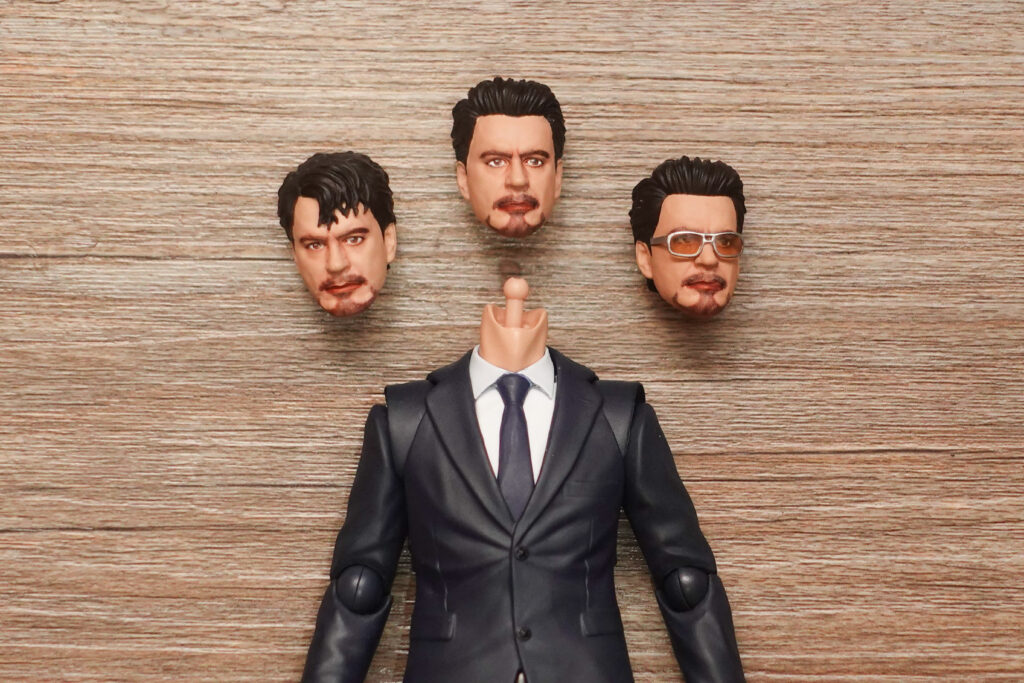 The head part is also connected via a ball joint that can be easily removed and replaced.

This figure is a nice addition if you’re an avid Marvel figure collector or even an Iron Man figure collector. This is a figure that also gives homage to the brilliant actor that played the on-screen role in the MCU – Robert Downy Jr. 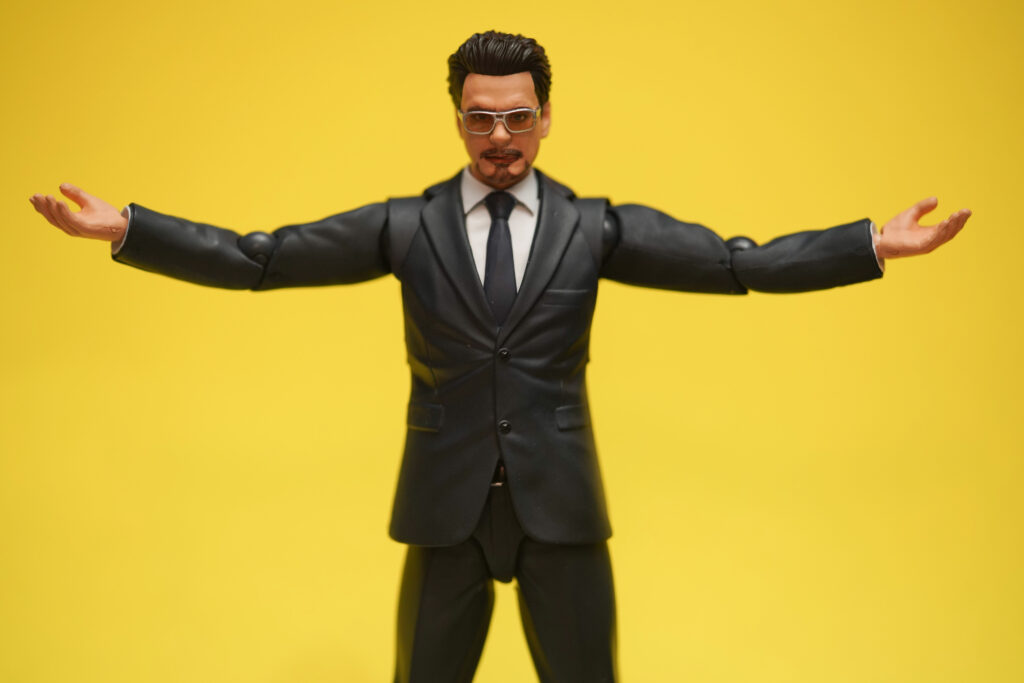 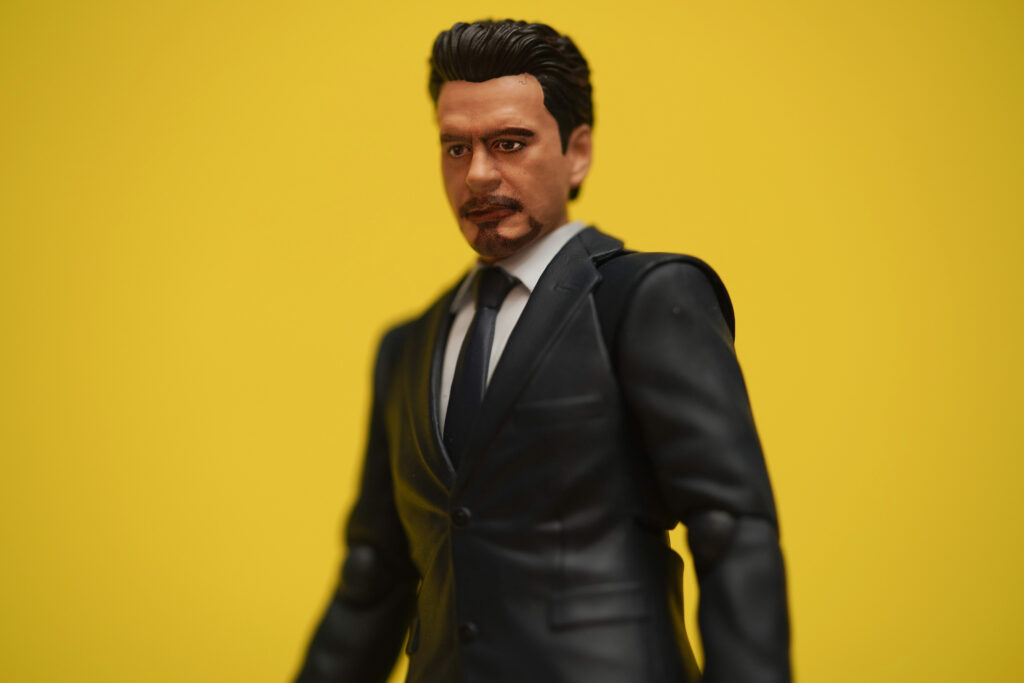 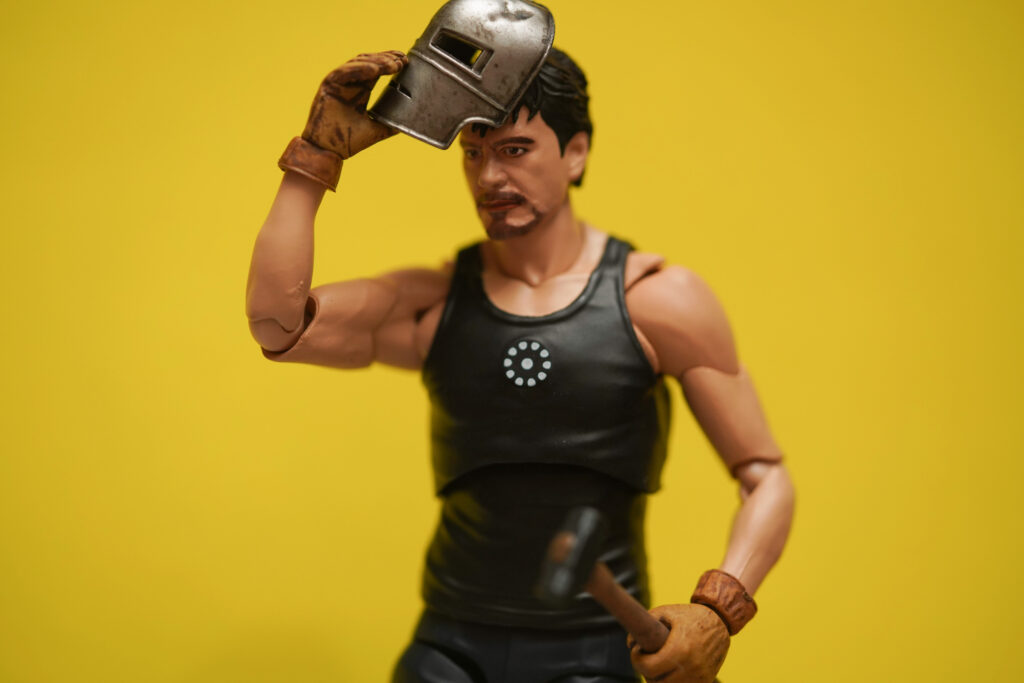 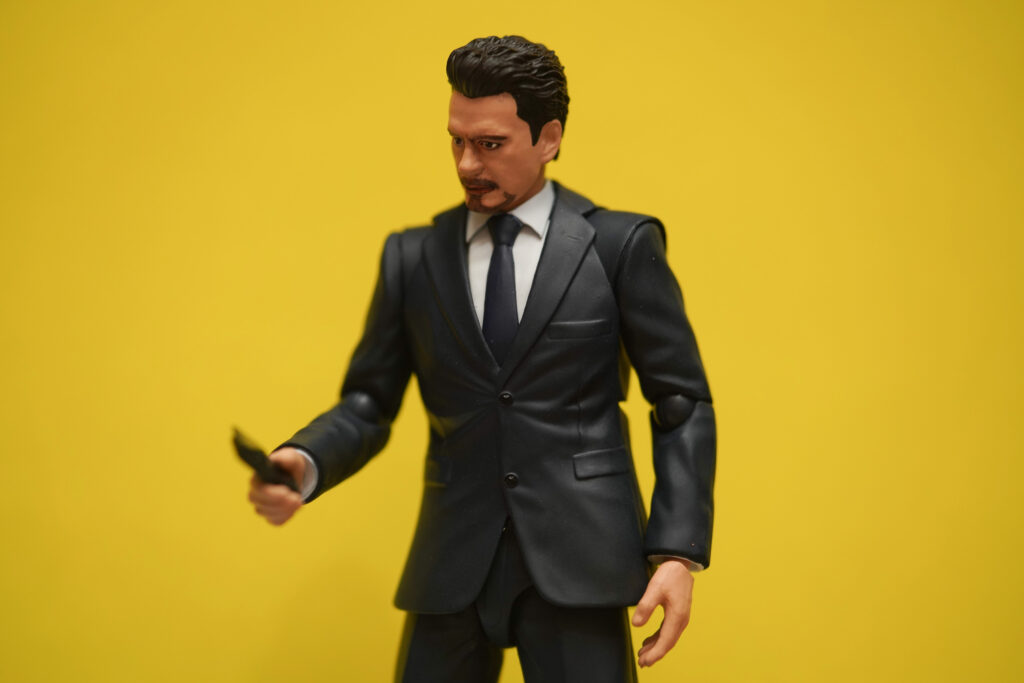 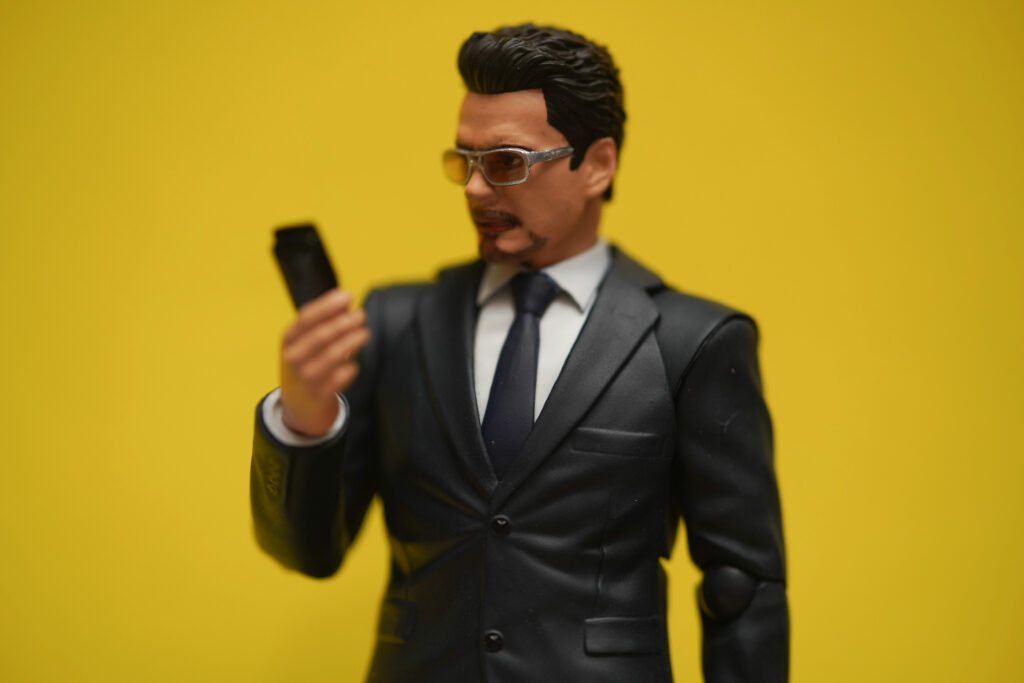