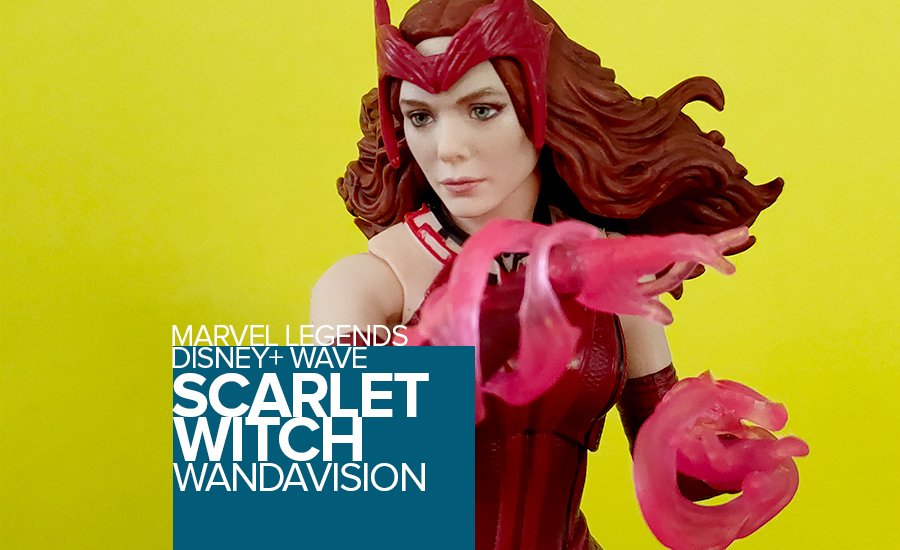 Disney made sure that they will start their MCU Phase 4 with a big one! The premier episode of the Wandavision TV series in Disney+ left everyone bewildered since everything took place after the End Game movie. That’s why the figure that I’ll be doing a review on would be the main protagonist of the Wandavision series – Wanda Maximoff a.k.a. The Scarlet Witch.

The reveal of the Scarlet Witch’s character was one heck of a journey since her debut on the Age of Ultron movie, her back story and how she became the Scarlet Witch were discussed in the hit show, Wandavision. Without further ado, I’ll start with my figure review!

The design of the box is quite standard especially since it’s the base design for the Marvel Legends’ boxes. The box art features The Scarlet Witch’s portrait on either side of the box and at the back of it. The Dinsey+ wave for this Marvel Legend series is the first from its series and the BAF component that you’ll be collecting would be the new Captain America’s wings. 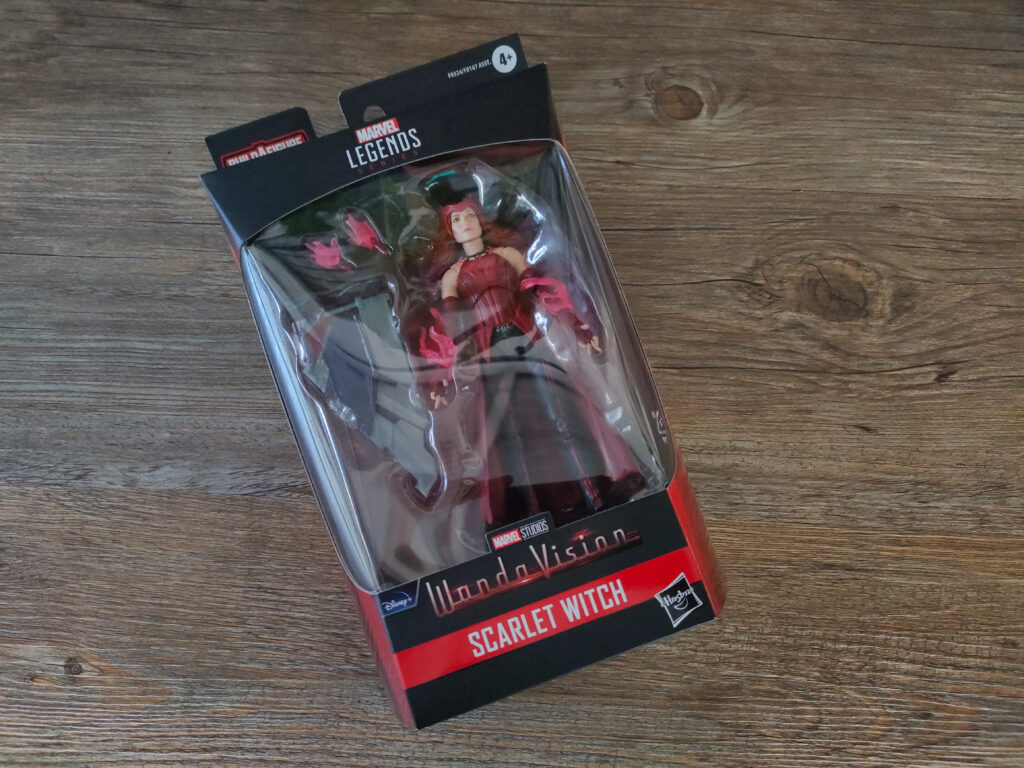 The box design also feature’s the series’ logo for Wandavision. It also has her quick backstory at the back of the box near her portrait shot. 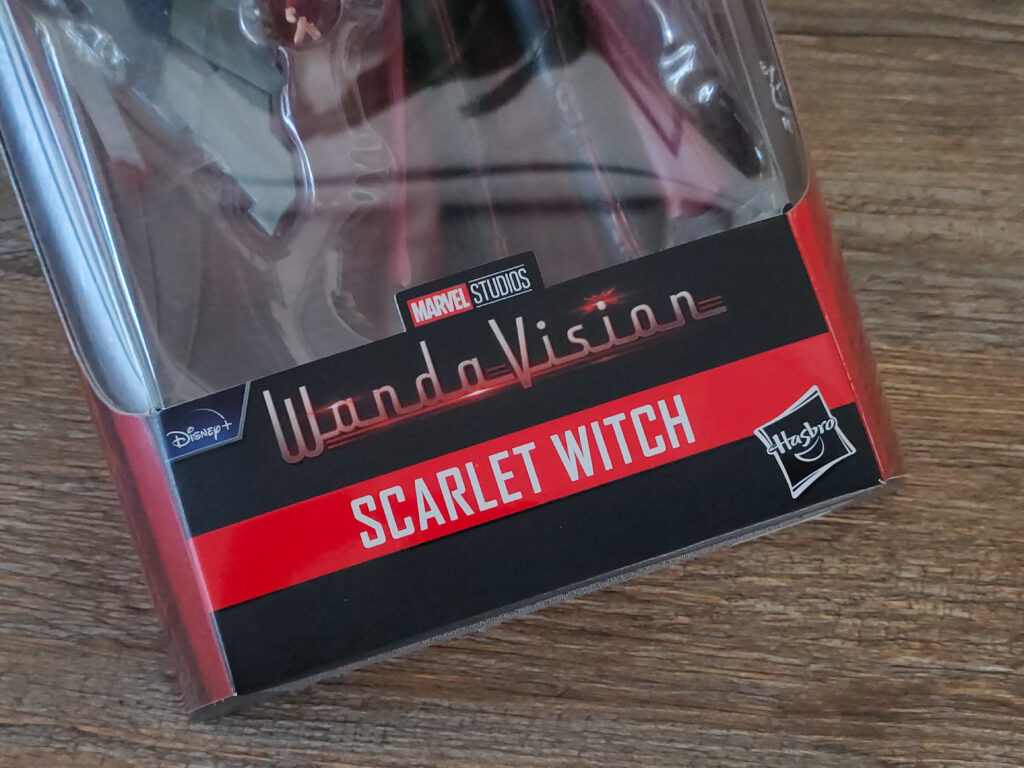 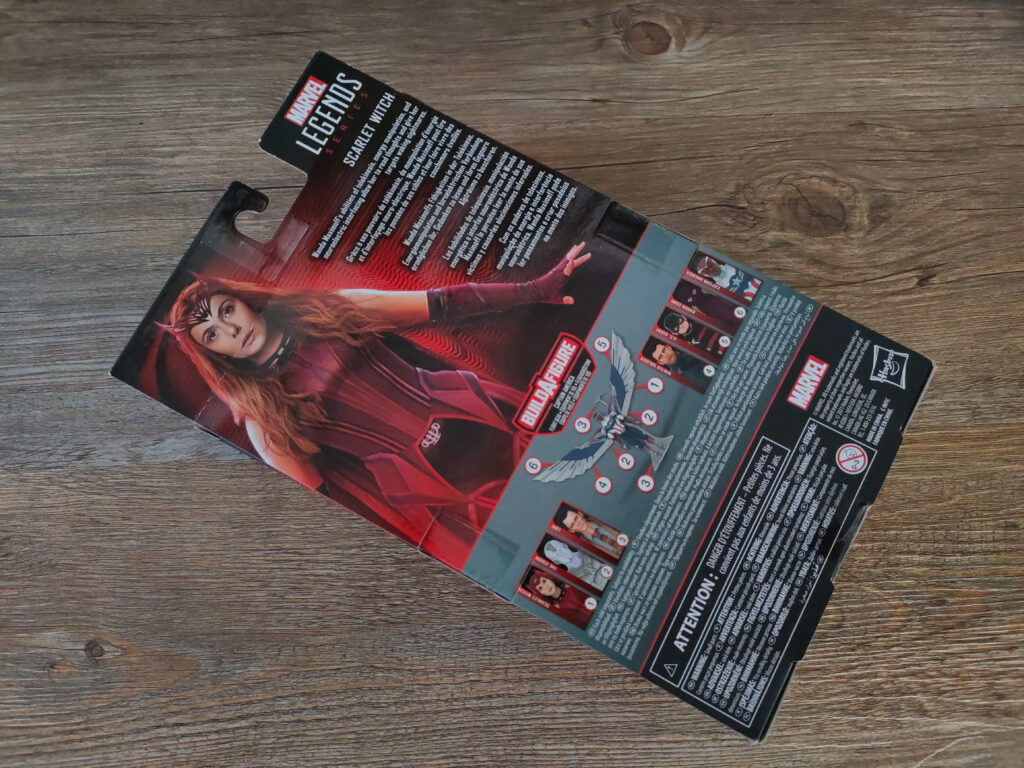 This is not the first Wanda Maximoff figure from the Marvel Legends line but this is the first where her Scarlet Witch outfit was made. I’d say, I’m part of those who went crazy when the outfit was revealed in the last episode – Elizabeth Olsen really rocked it! 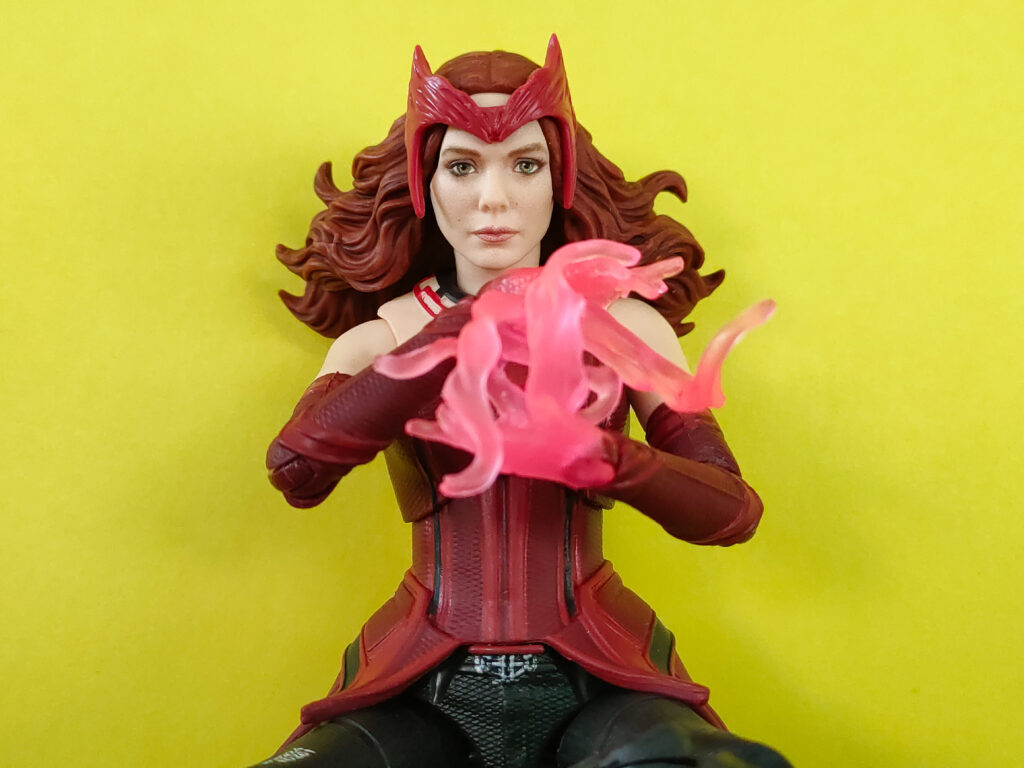 I’ve been waiting to get my hands on this figure when it was first announced and I have to say that the Marvel Legends line is really improving every time they’re releasing new figures!

The set is rather simple as it only includes two accessories to Wanda – alternative magic casting hands and the magic effect. This set also includes the left lower wing part for Captain America’s wings. 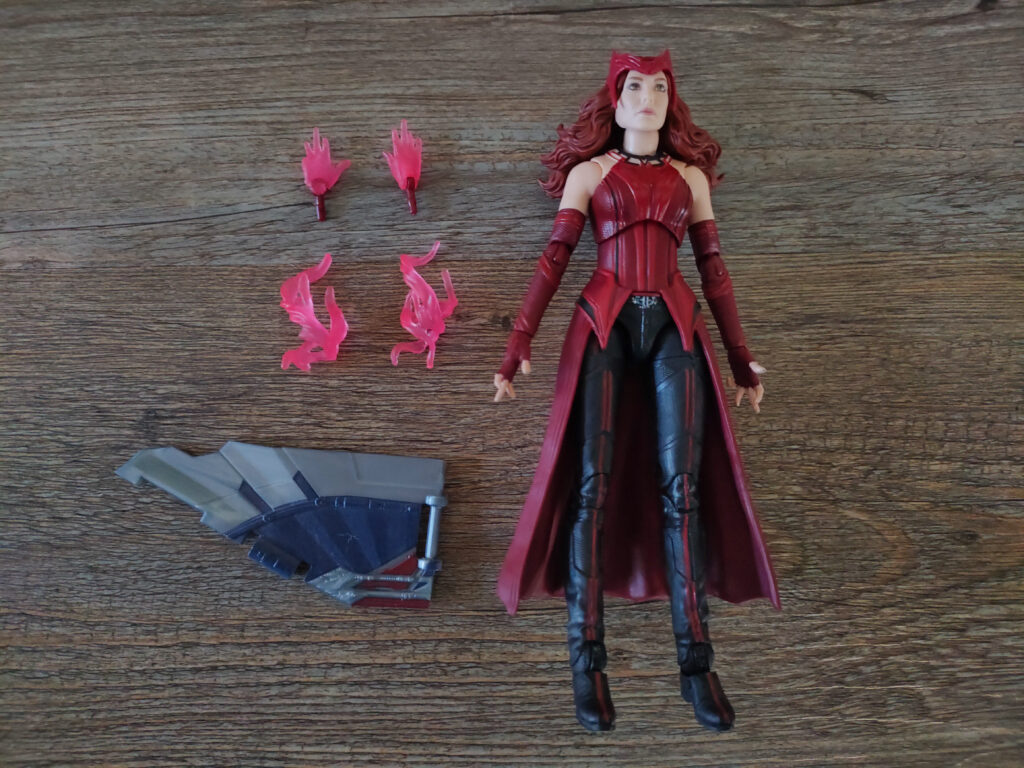 The quality – for the figure’s price – is not really 100% perfect. Some of the parts had missing paint apps, but I’d say this is a figure worth all your money! 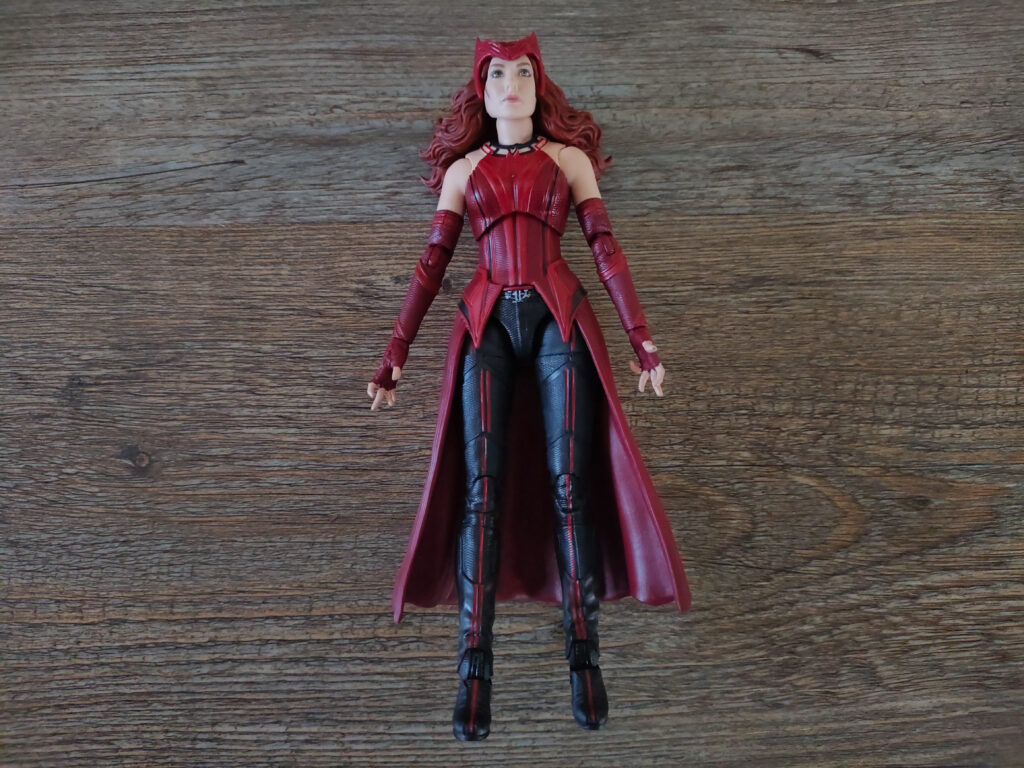 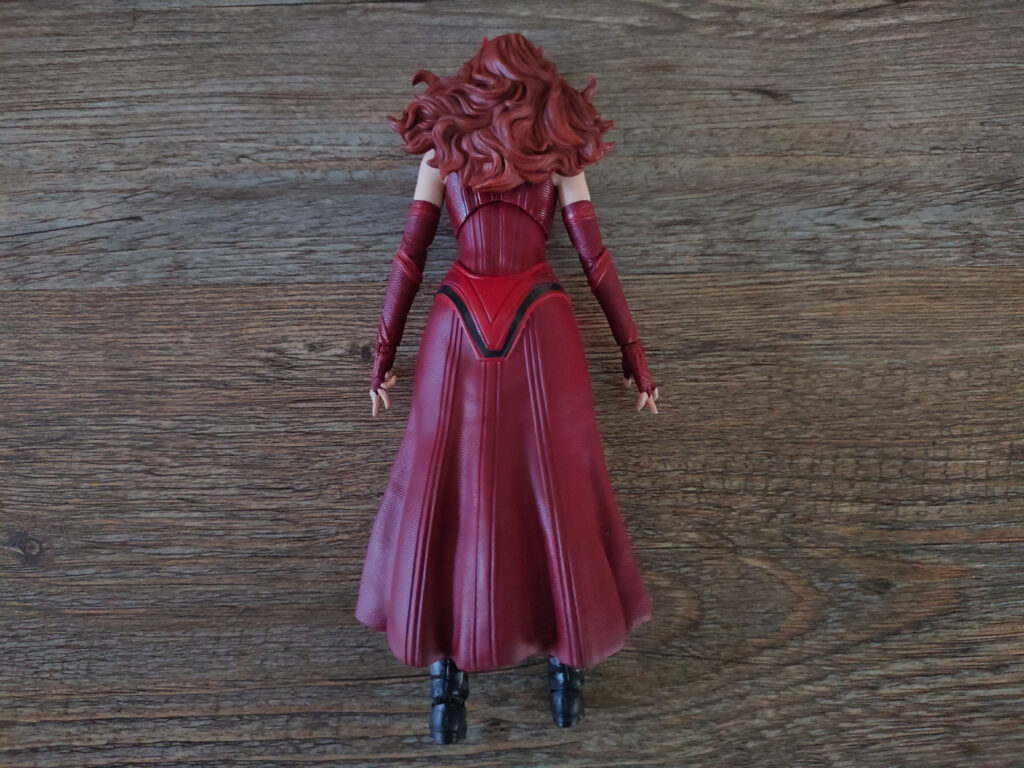 The details on her suit are spot on, you can see details on the suit’s texture. Her belt buckle also has a nice paint detail although it’s not painted accurately. Her Scarlet Witch crown also has cool textures to it – although it could’ve been better if they’ve painted the crown a little bit darker than what was produced. 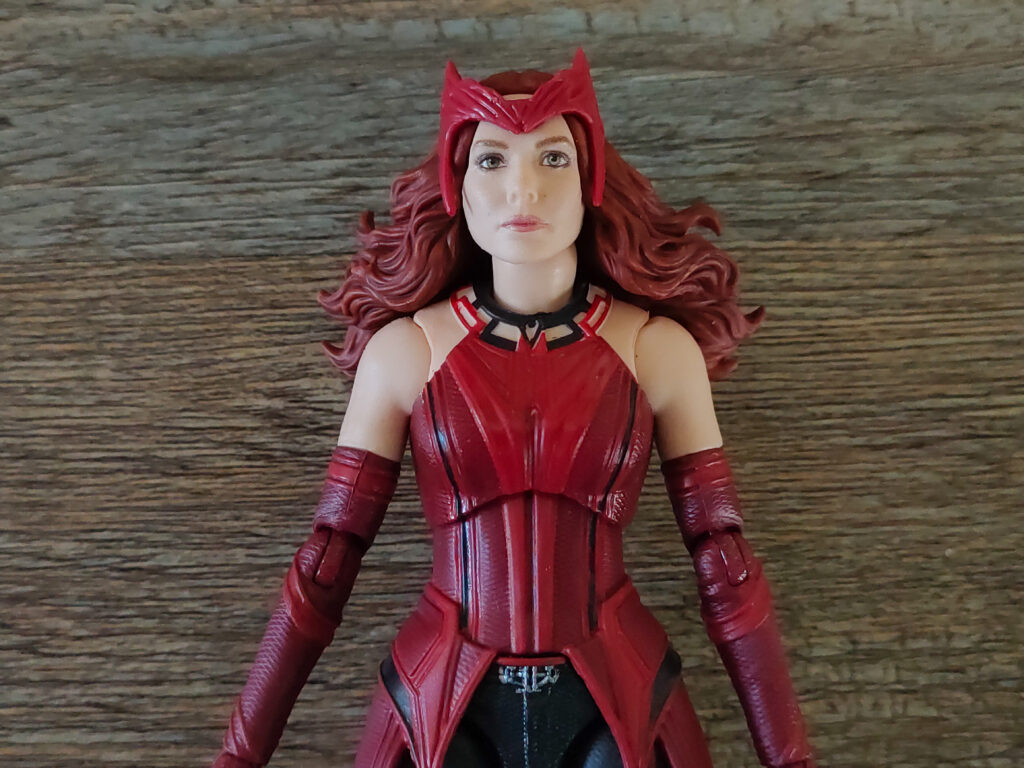 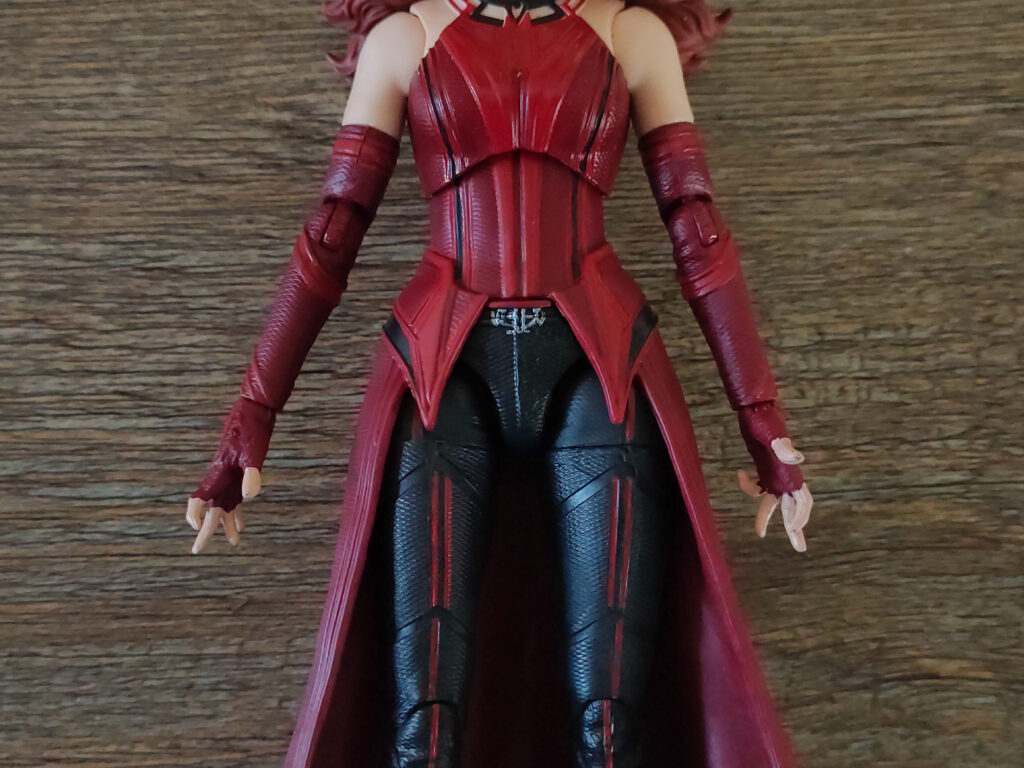 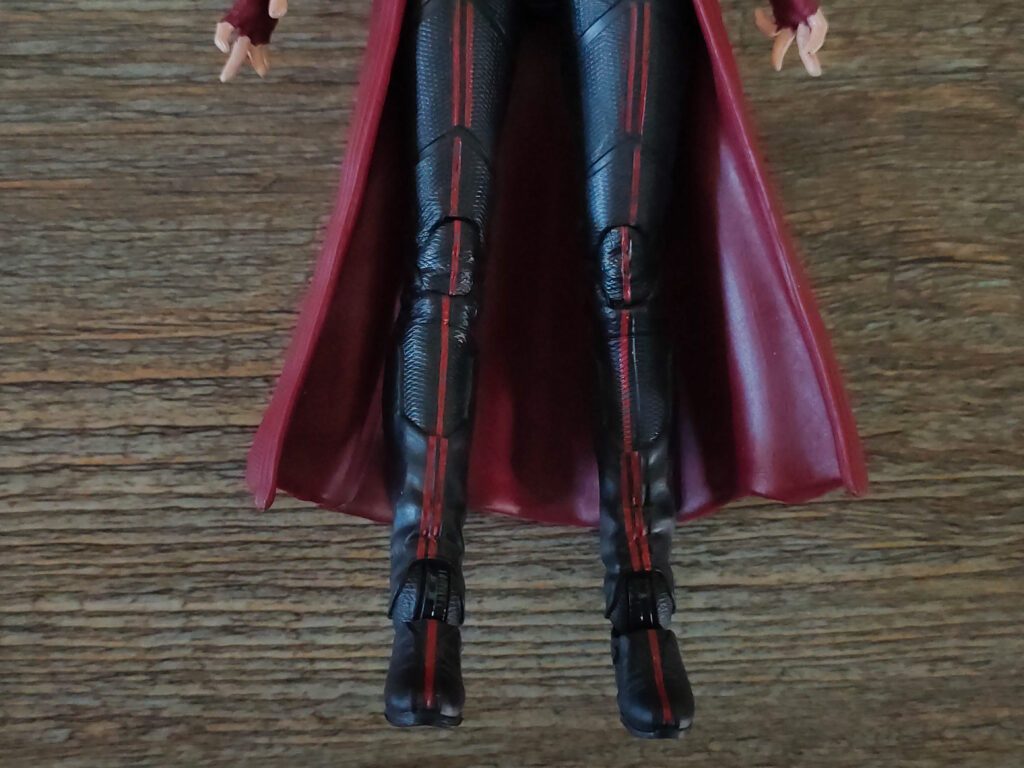 What I liked most about this figure is that it really looks like Elizabeth Olsen – they’ve managed to capture her beautiful face which I adore most about her. 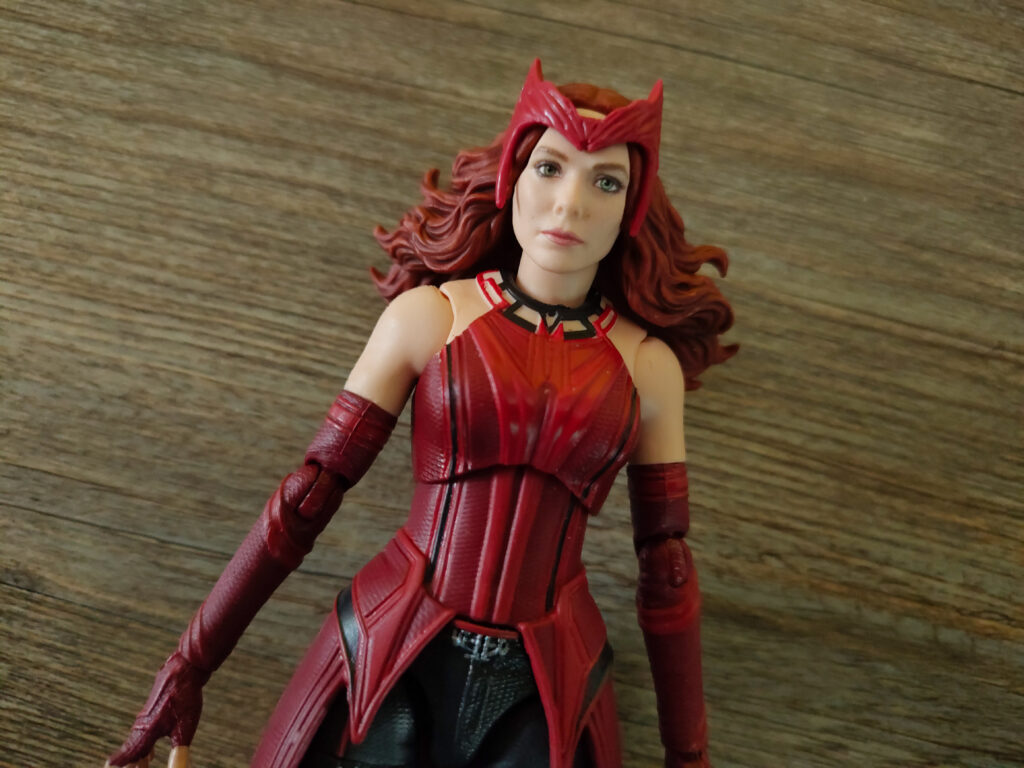 The texture and paint application on the hair is also something worth commending – the colors were well blended creating depth to the hair. 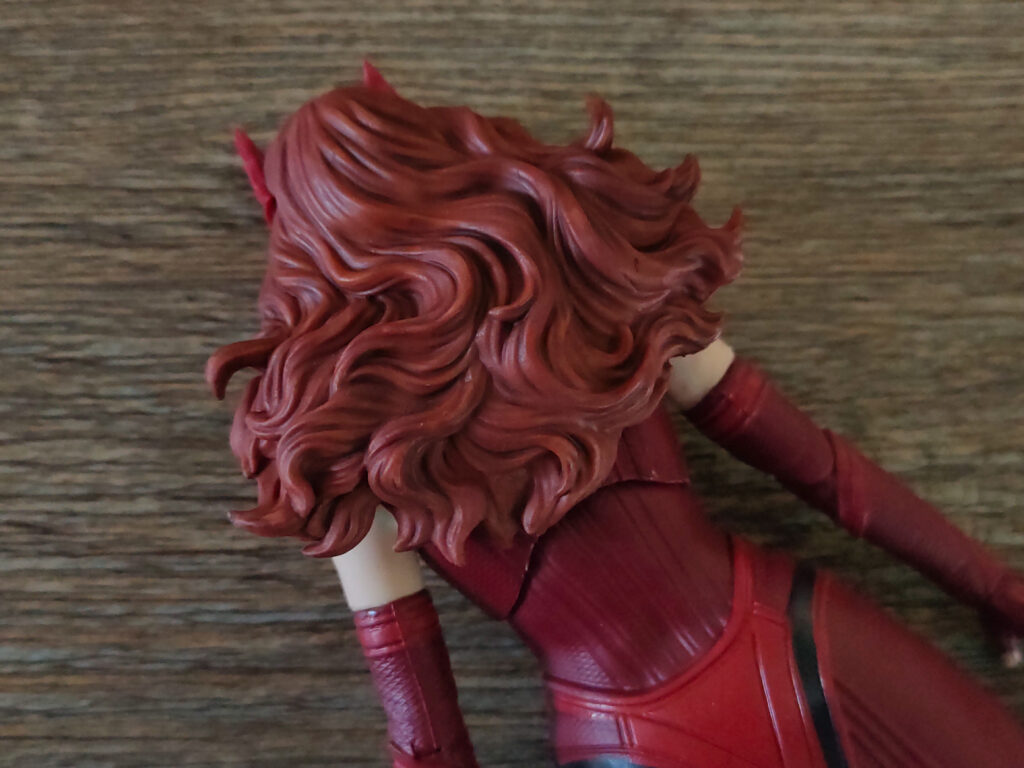 The figure also has good articulation points, I really liked how they’ve made her arms very slender yet keeping good articulation for the arms and hands. You can also bend her all the way back with her good ab-crunch articulation. Well, Elizabeth is really good at bending her back when she does her magic as the Scarlet Witch – so I guess it was a nice feature to add to this figure. 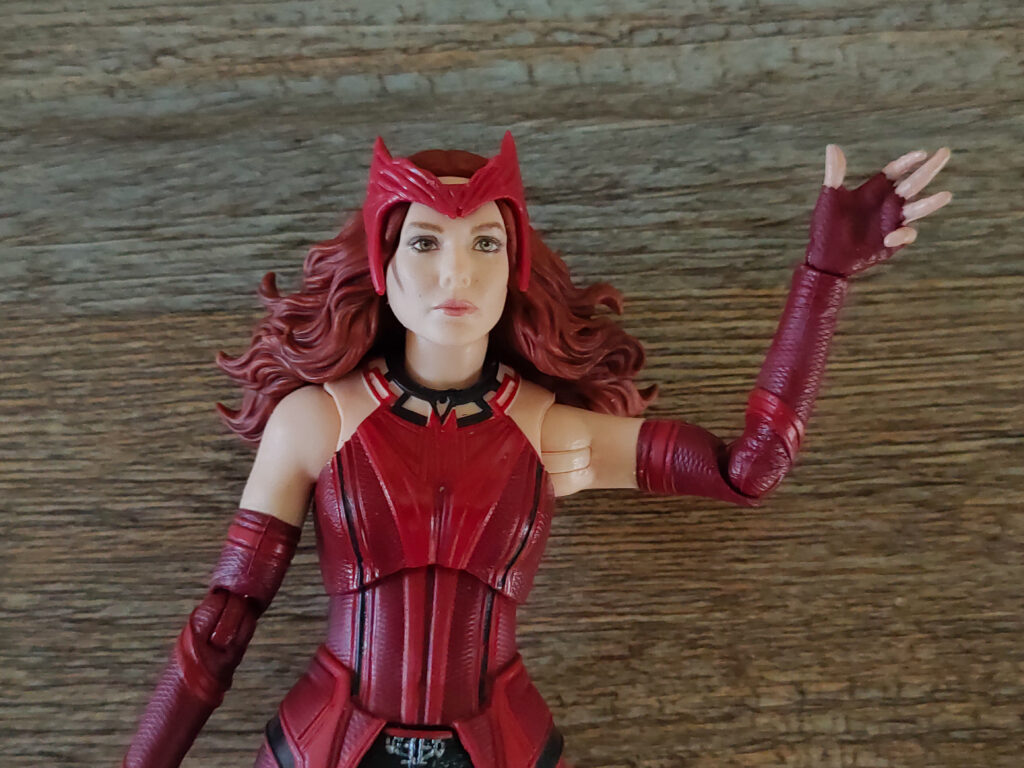 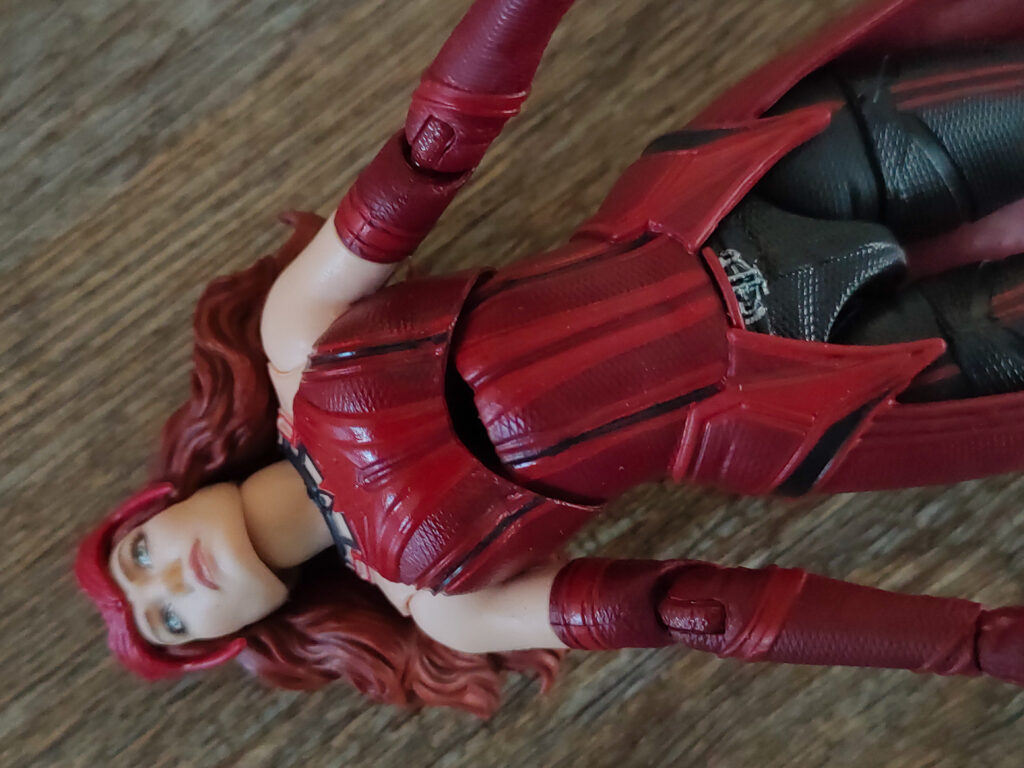 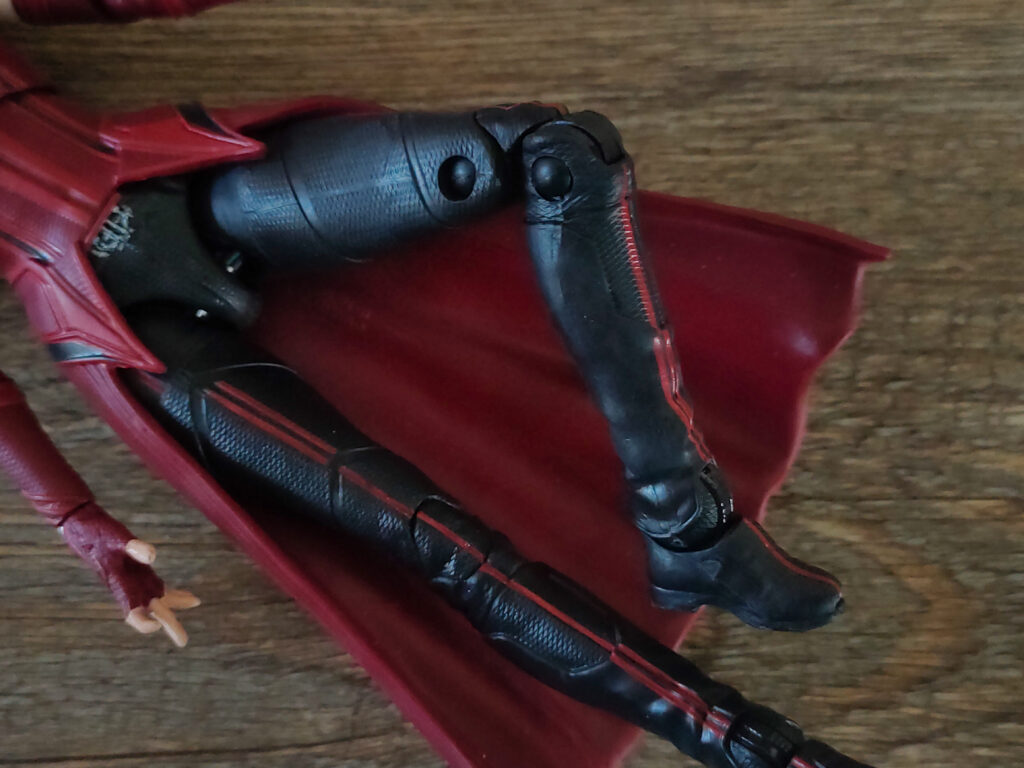 Given that this is my third Marvel Legends figure – let’s just say that I might be getting more soon? I really like how they keep the price point quite affordable yet the quality is almost comparable to a good 6-inch articulated figure from Bandai. Keep up the good work Hasbro!

Here are some of the shots I took with my new Scarlet Witch figure. 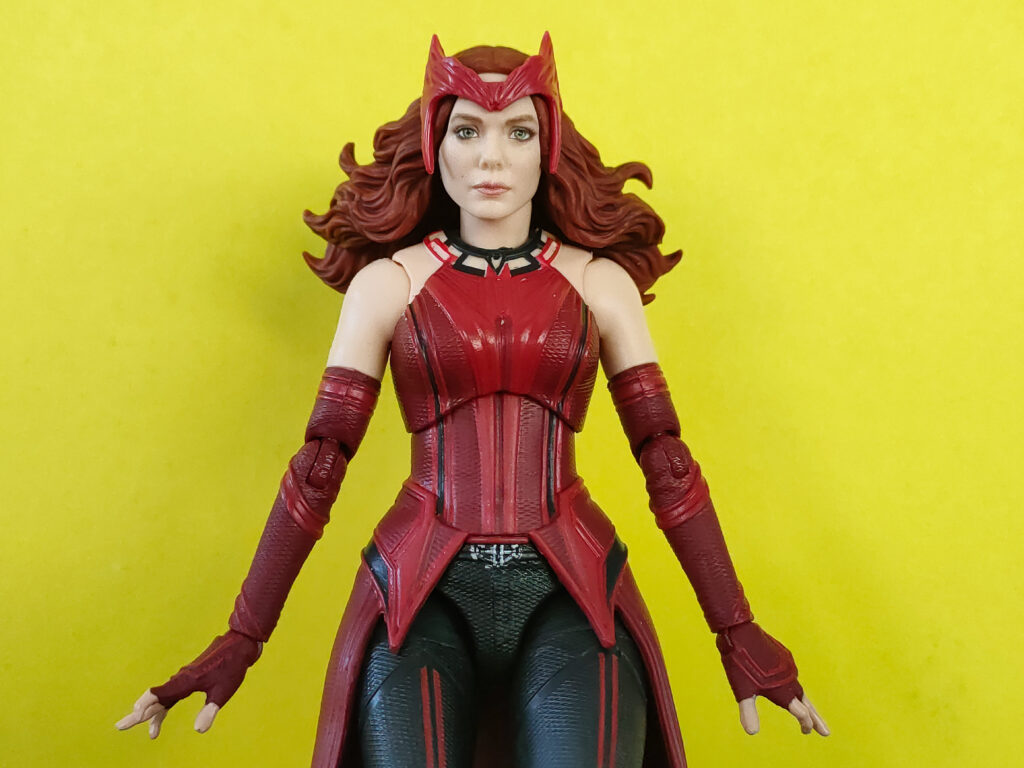 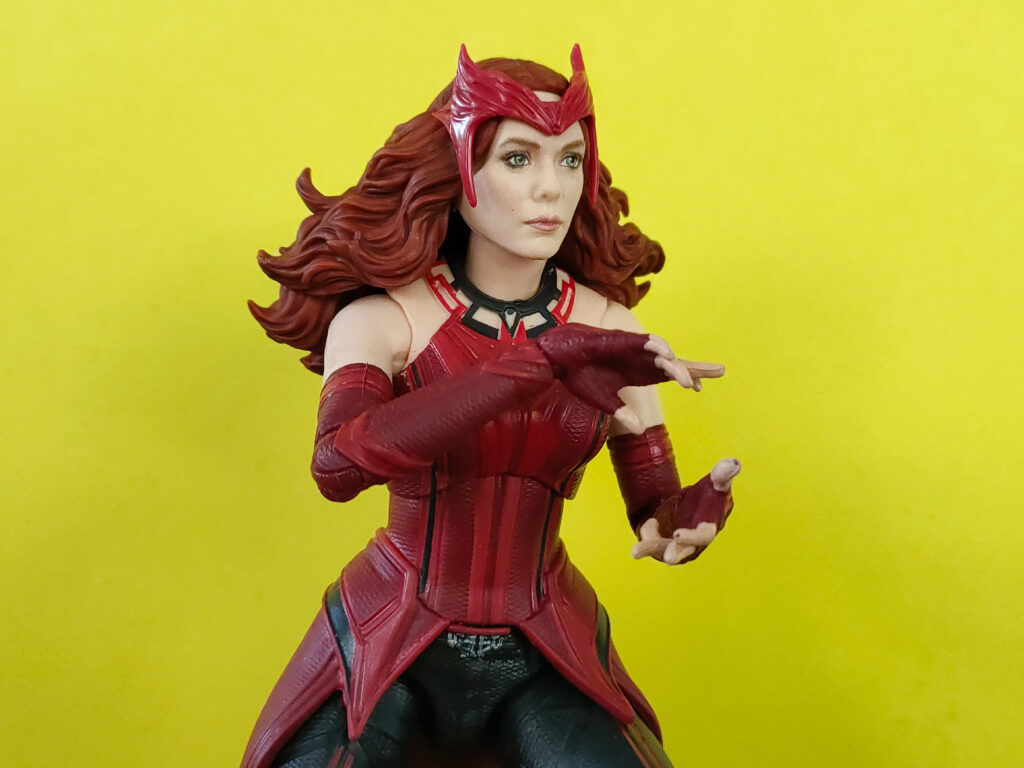 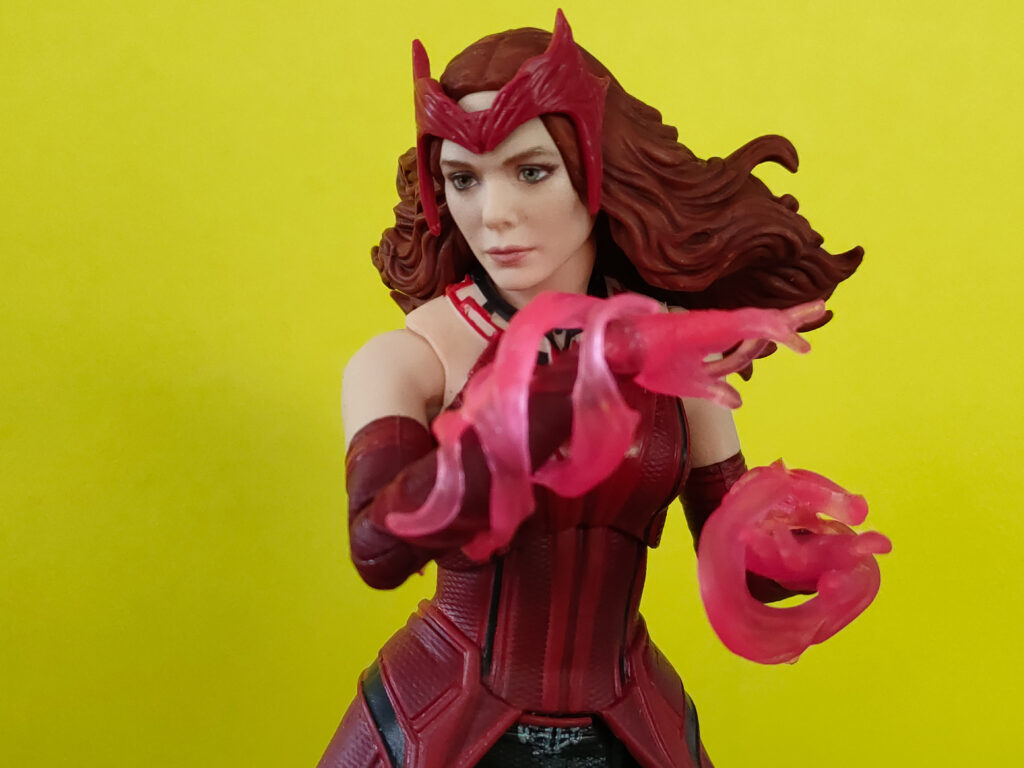 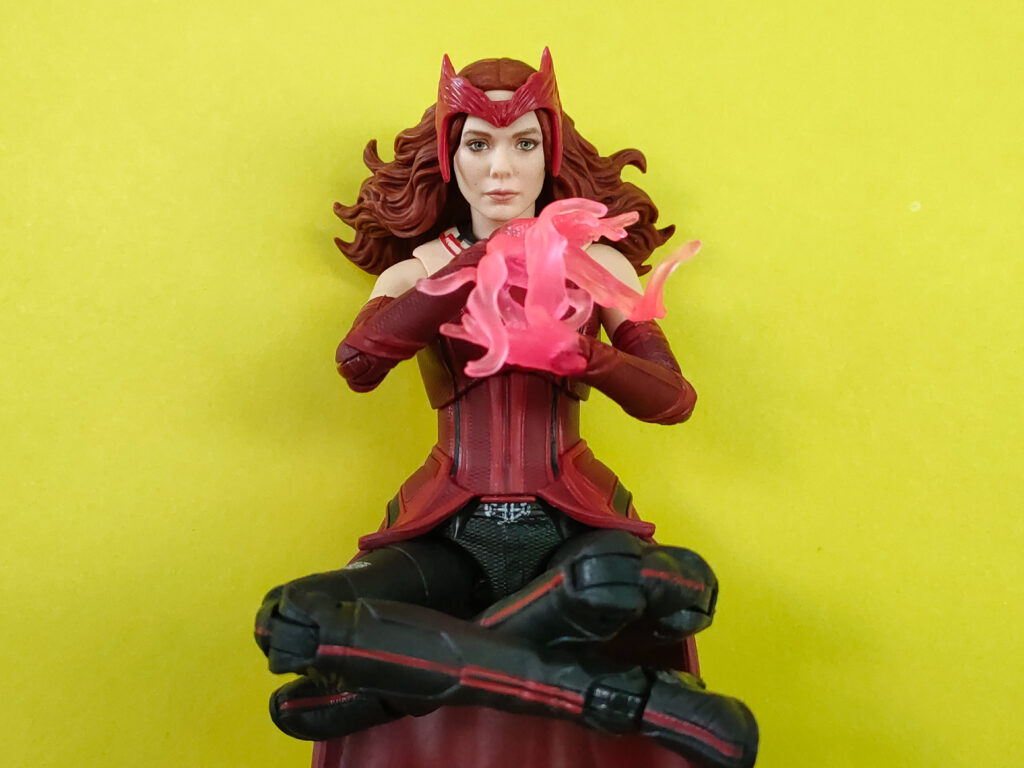 They could’ve added the Darkhold as her accessory right? 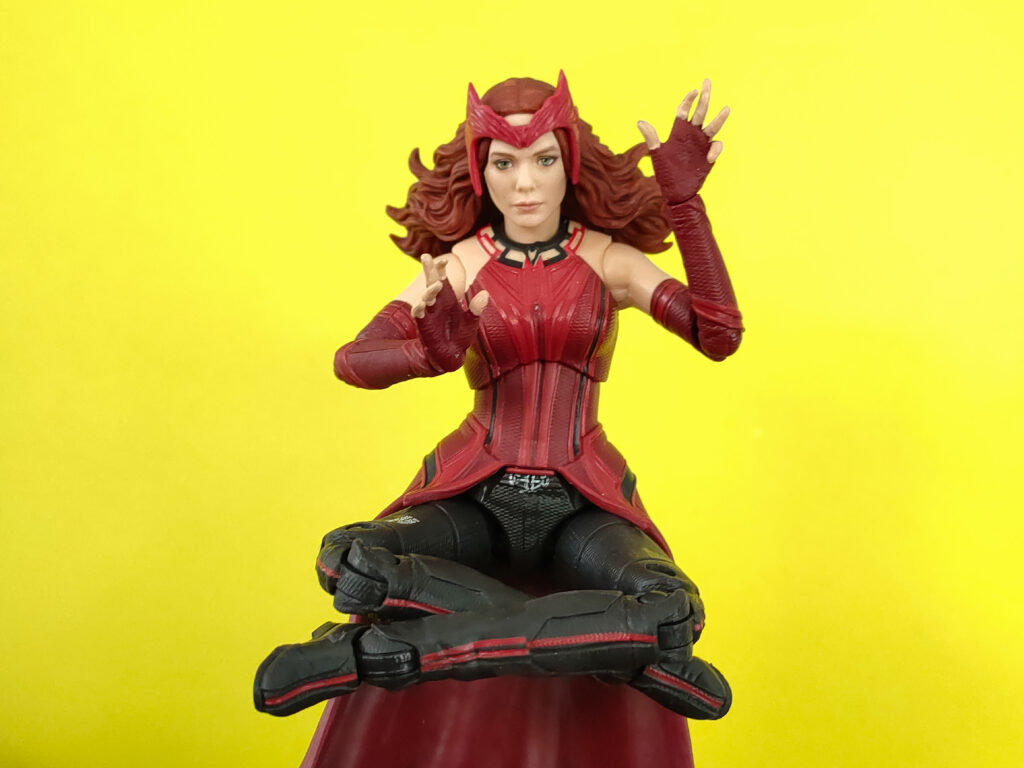 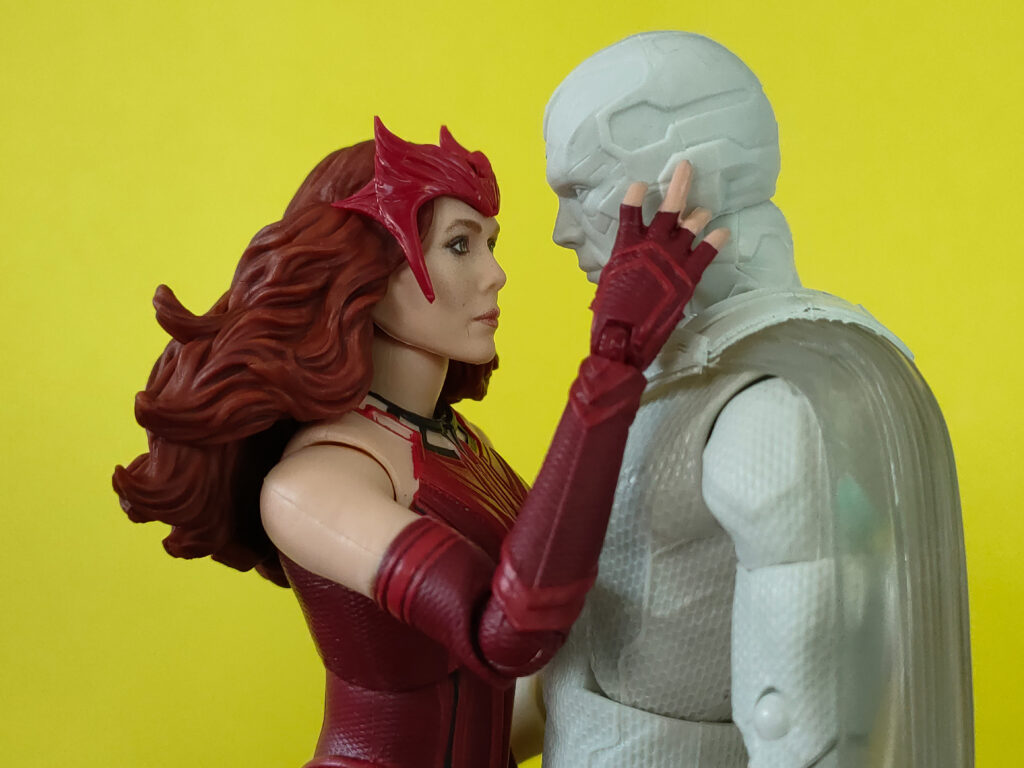 “But what is grief, if not love persevering?” 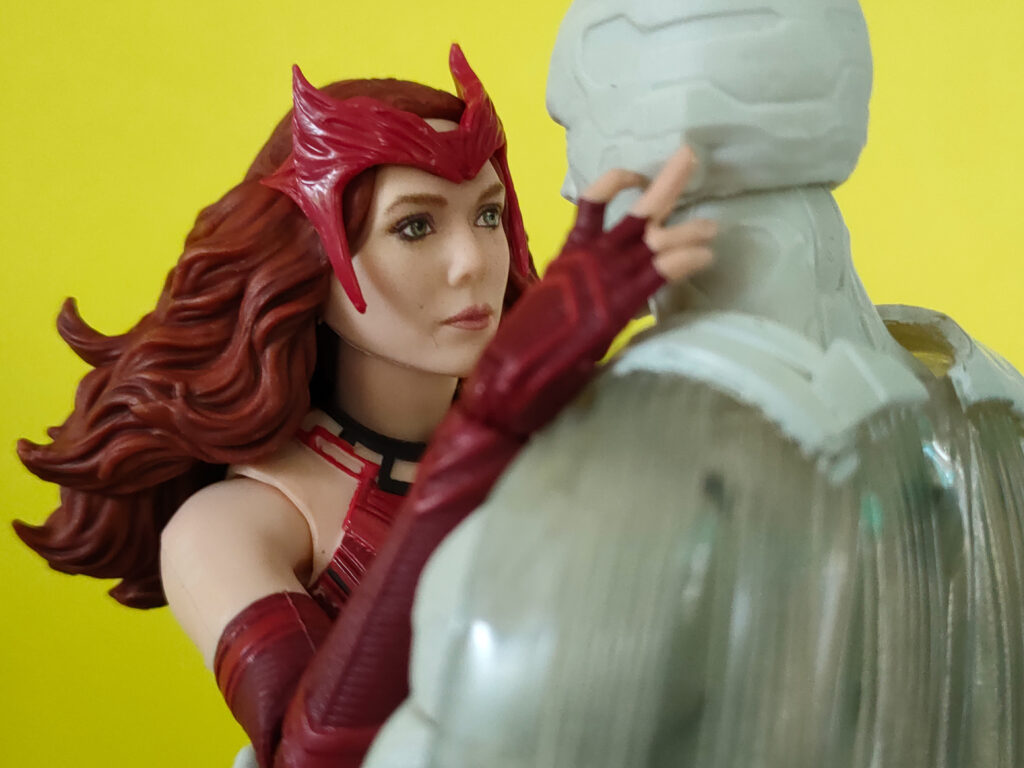 By the way, The White Vision figure stands a bit taller than the Scarlet Witch figure. 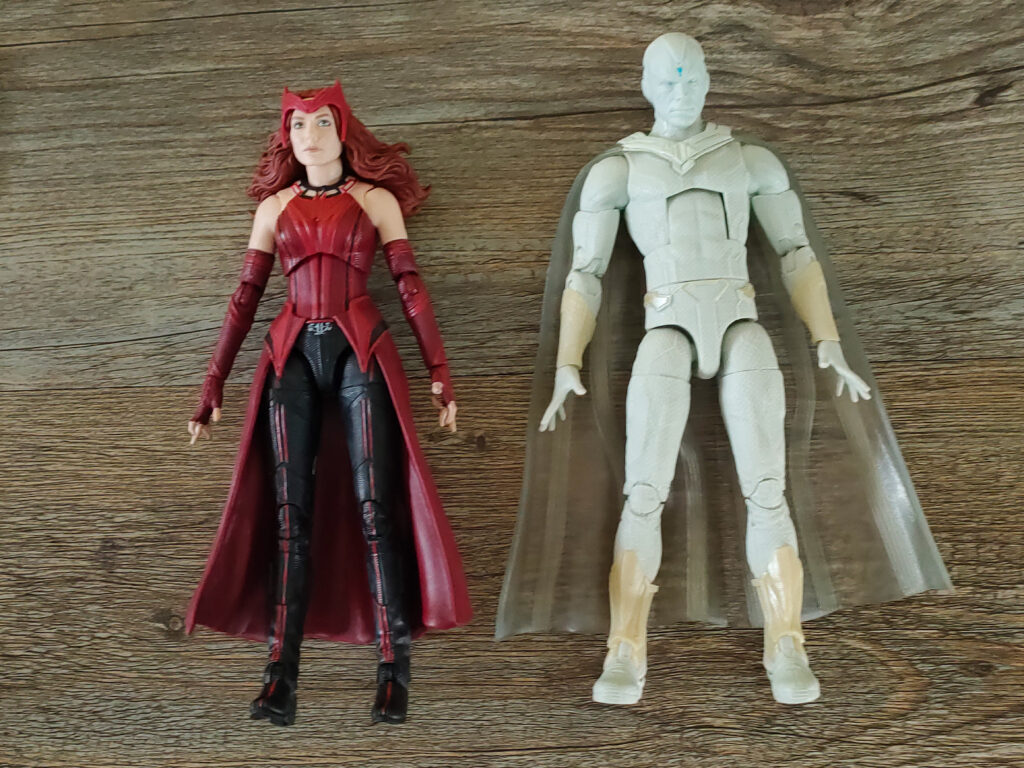 Stay tuned for my next Marvel Legends figure review for The White Vision figure!