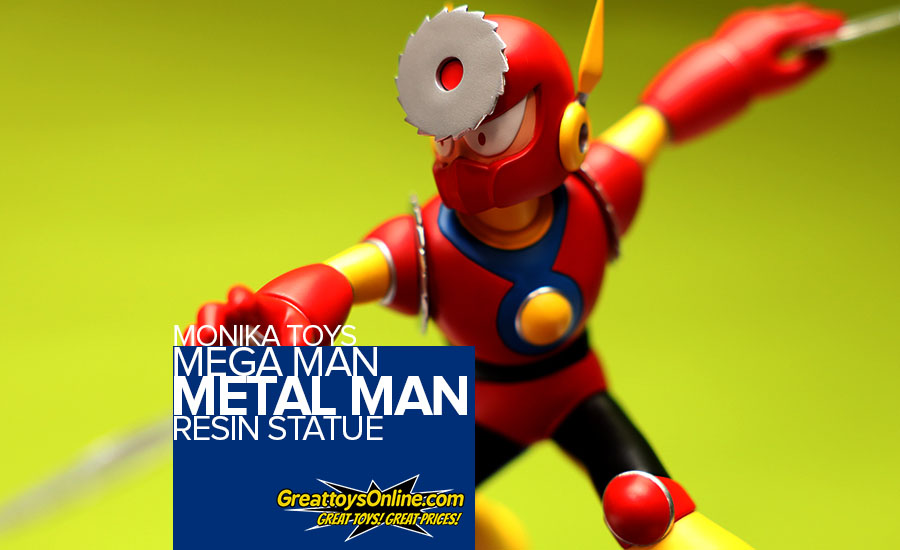 It’s been a while since my last post on the site, there had been some transitional changes that happened but I’m very glad to say that I’ll be publishing more toy reviews in the coming months!

As a welcome back post – I’ll be doing a review on a statue from Monika Toys – the Metal Man Resin Statue from the Mega Man game series!

This figure review wouldn’t be possible without the help from our friends from GreatToys Online. GreatToys Online is your one-stop-shop for all your toy figures, so go check ’em out!

The design of the box is very simple – the color scheme is very reminiscent of the colors of Mega Man. The cover of the box is just a cover sleeve of the entire box – the main box doesn’t really have a design. The sleeve design also features some elements from the games. The sides of the box also have a Dr. Wily logo on either side which gives you an idea that Metal Man is one of Dr. Wily’s henchmen. 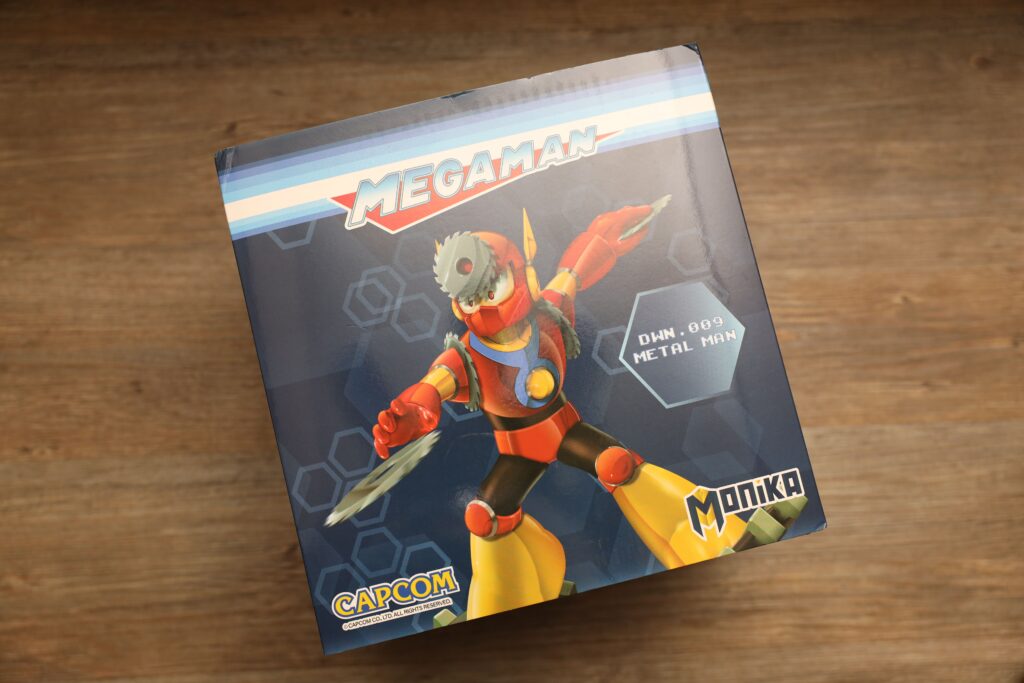 Since this is a resin statue, I was assuming that the entire figure would be heavy. Surprisingly, the statue is really not that heavy as it weighs roughly around 165.5 grams. The details on this figure is nicely done – I’ll discuss more regarding the figure as we go along with the review. All I can say is since this is a limited release statue – it’s super worth it! 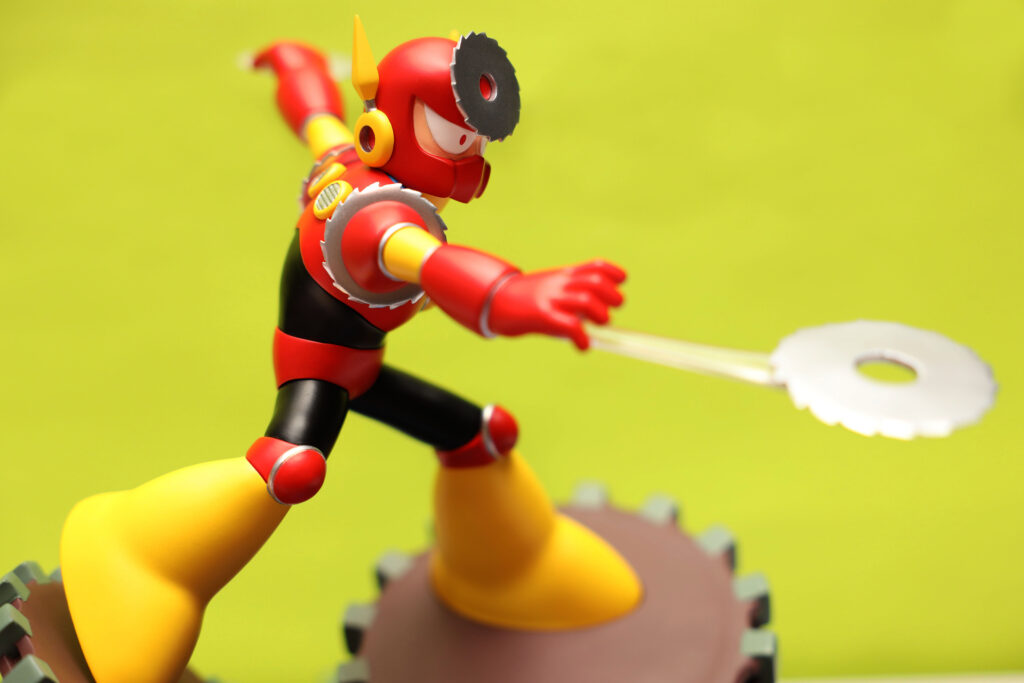 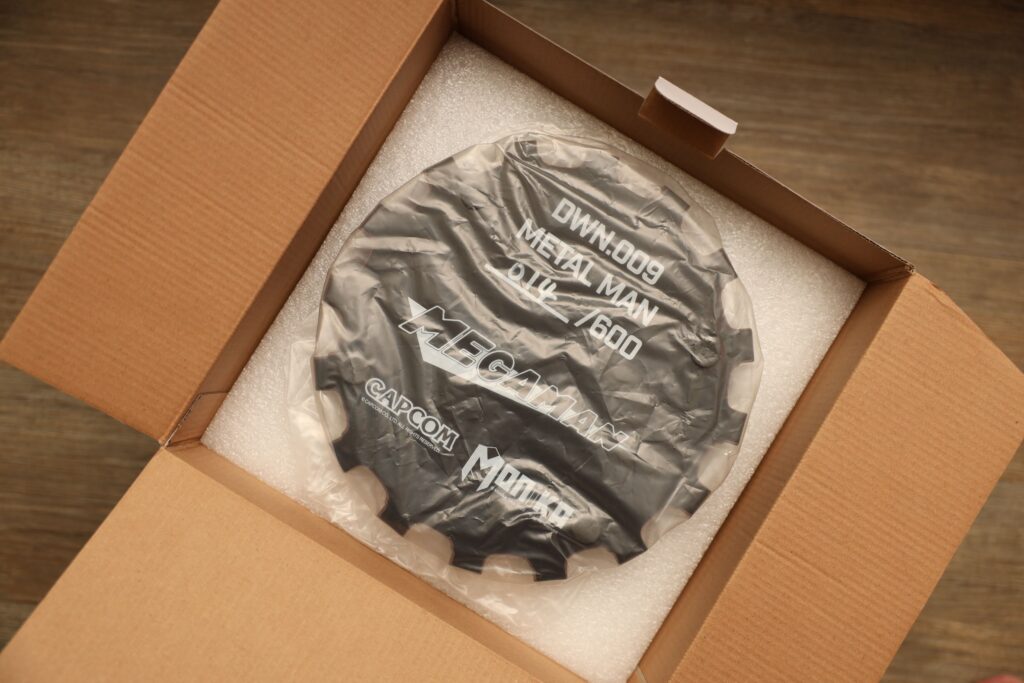 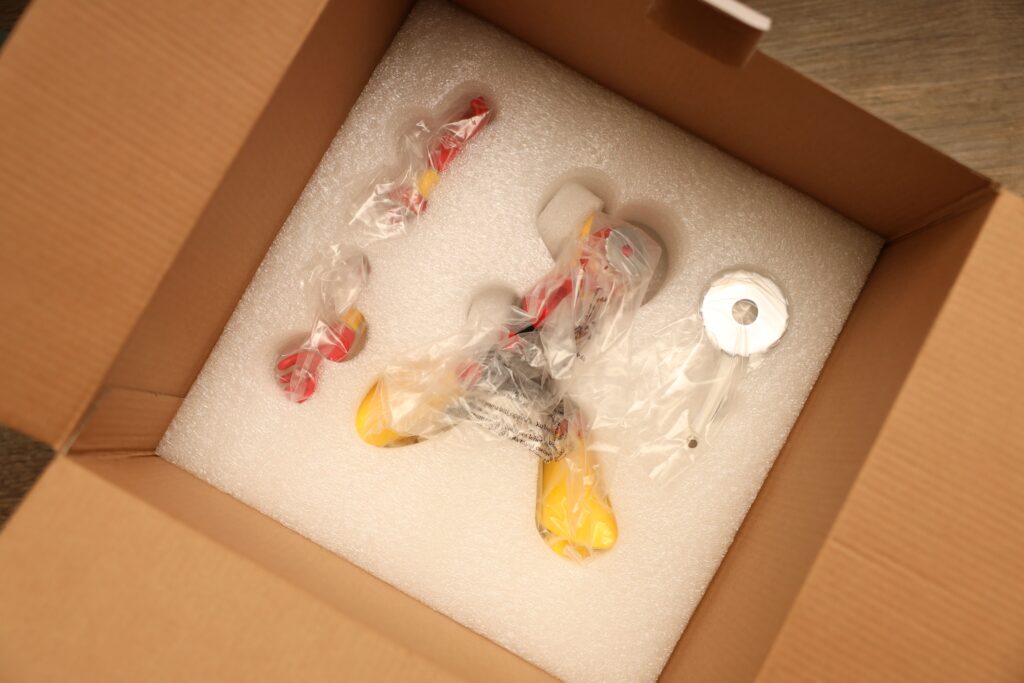 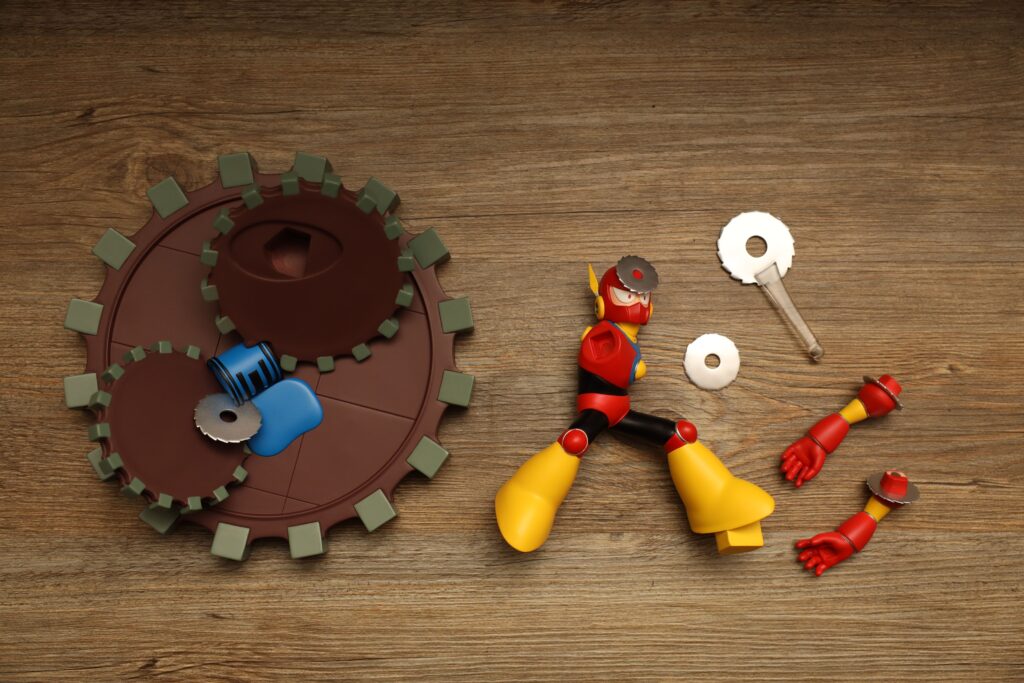 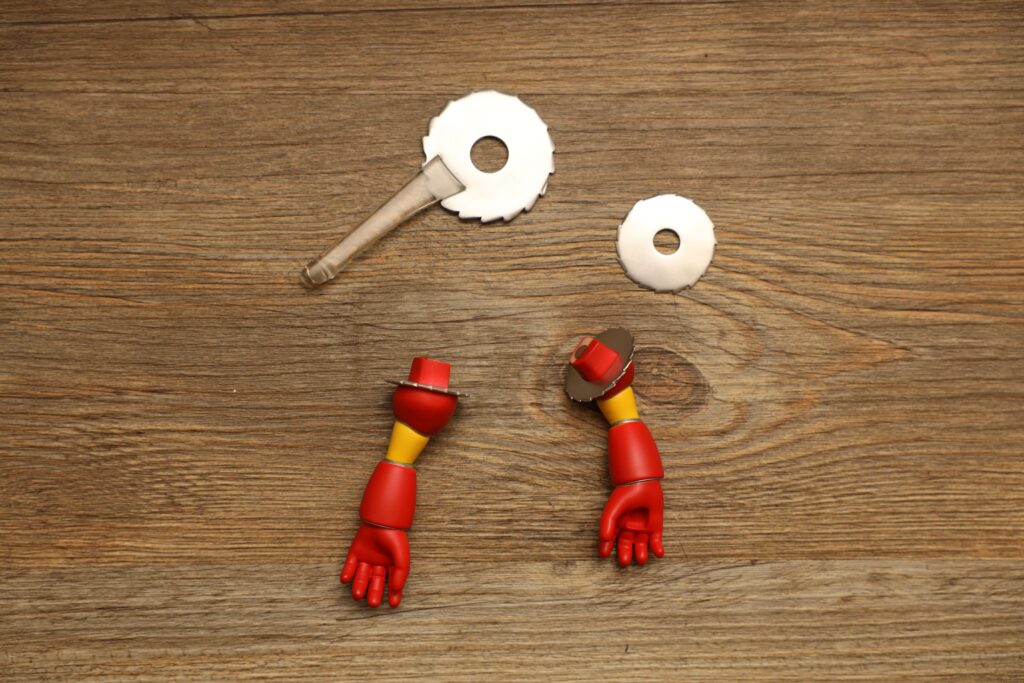 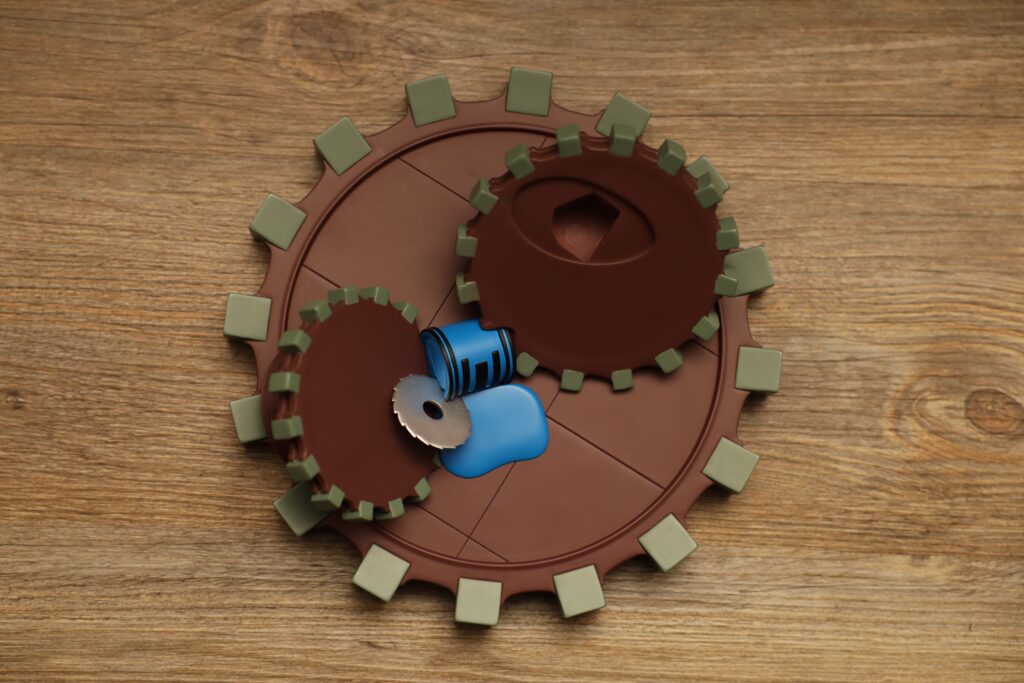 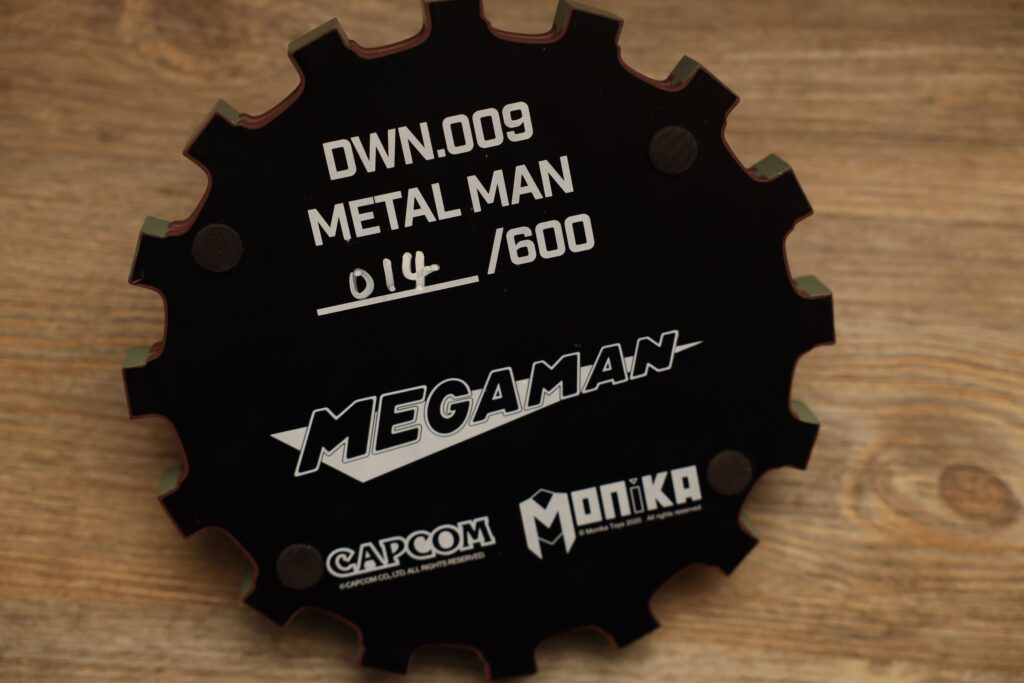 The figure’s details are out of this world. I really liked how the details are done from the tiniest parts in the figure like the details on the blades and even the figure’s eyes. The paint application was also nicely made – the colors are very vivid and pop-like which I think makes it more really good. 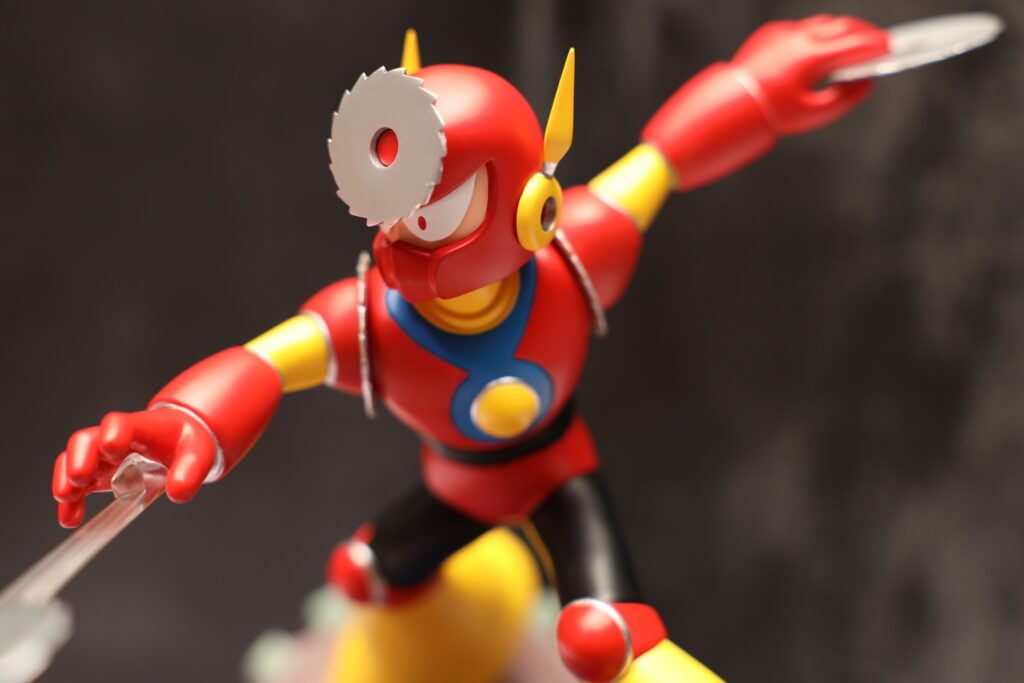 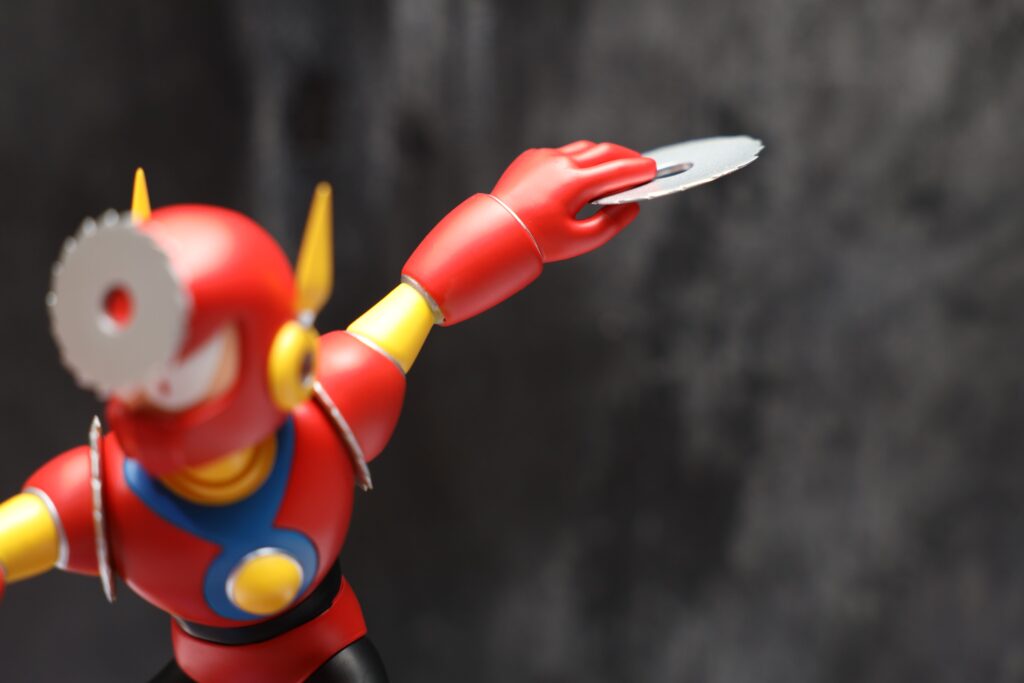 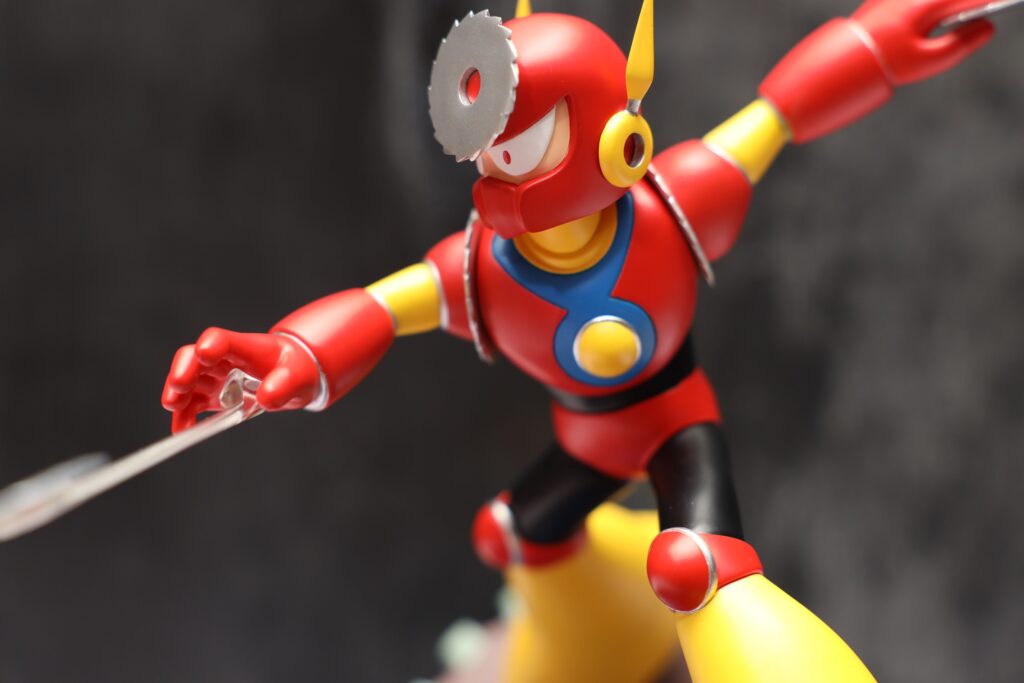 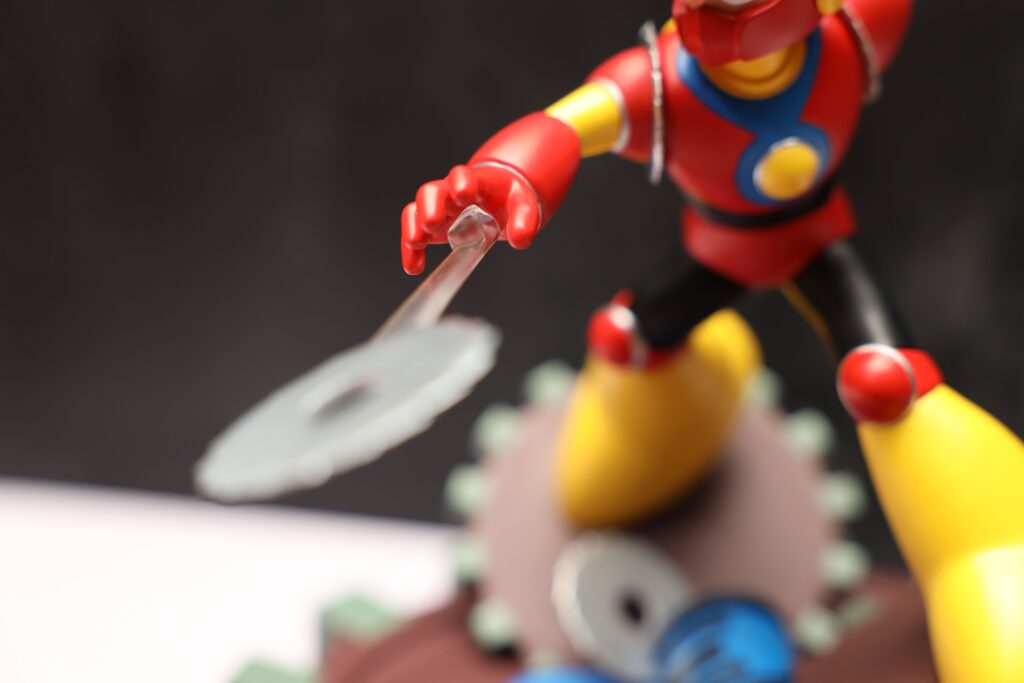 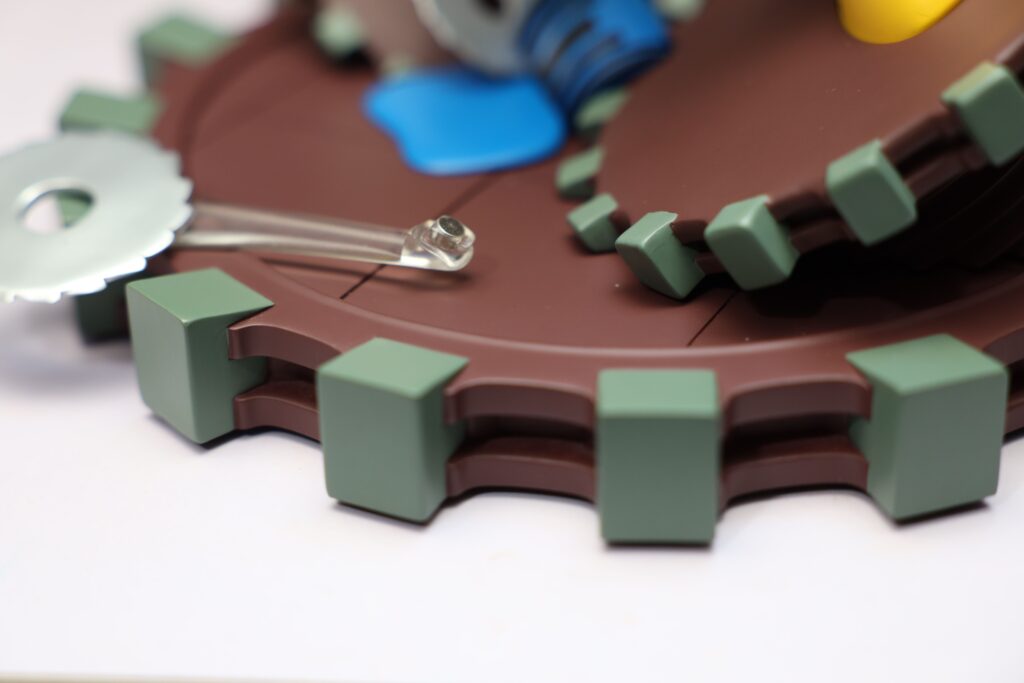 The loose parts out of the box can be connected via peg connections – the peg parts are unique so you won’t mix up the left and right arms. The pegs can also be easily attached since the tip of the pegs are magnetized – this is a cool feature that they’ve added. 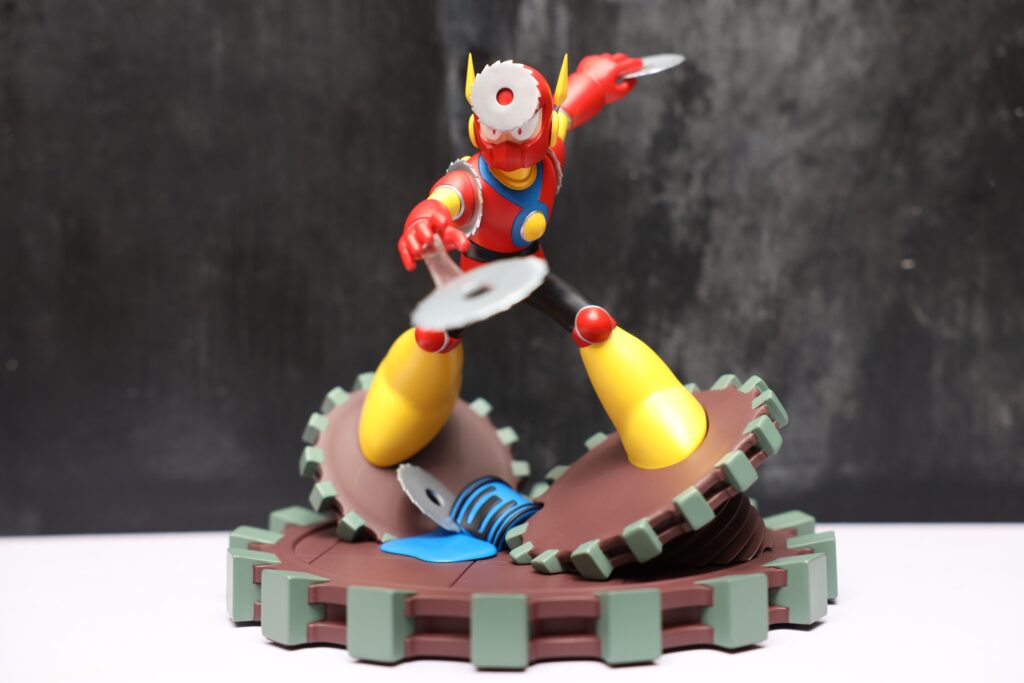 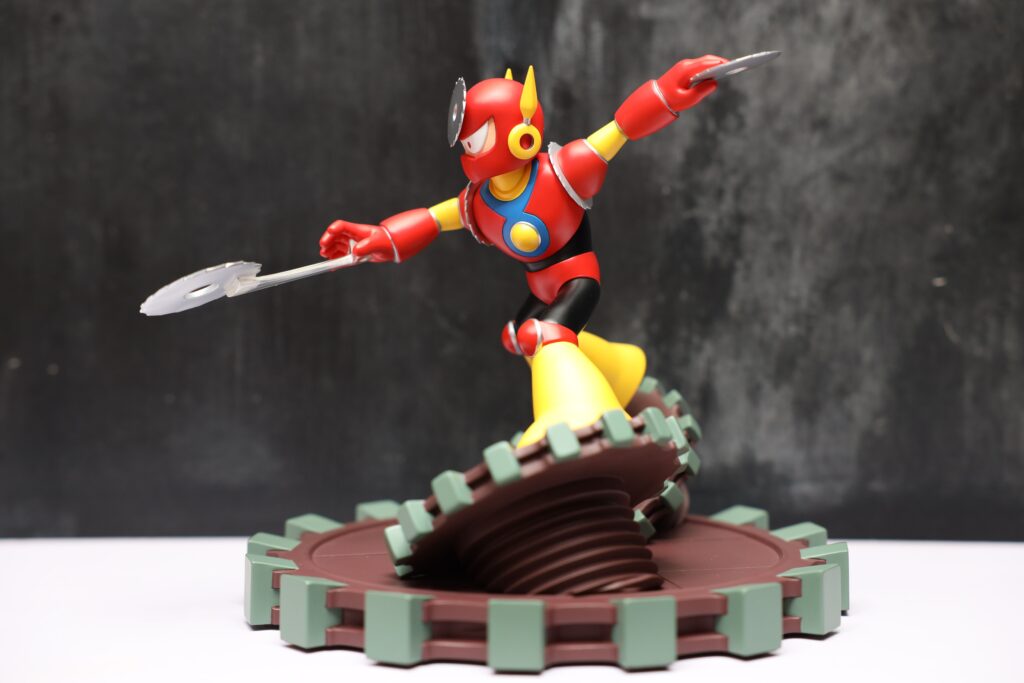 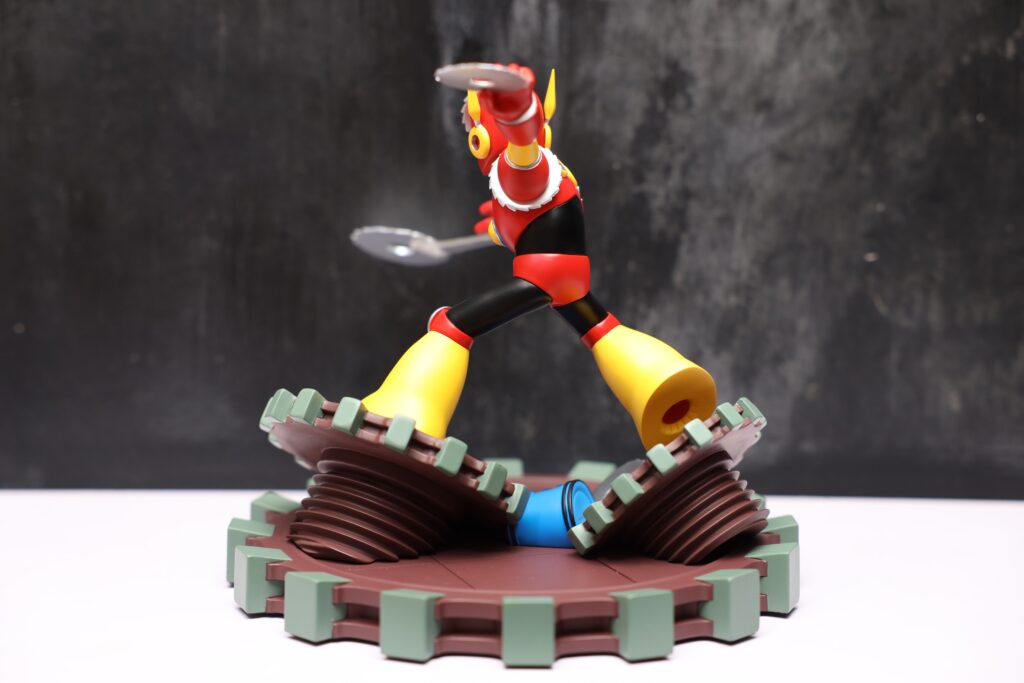 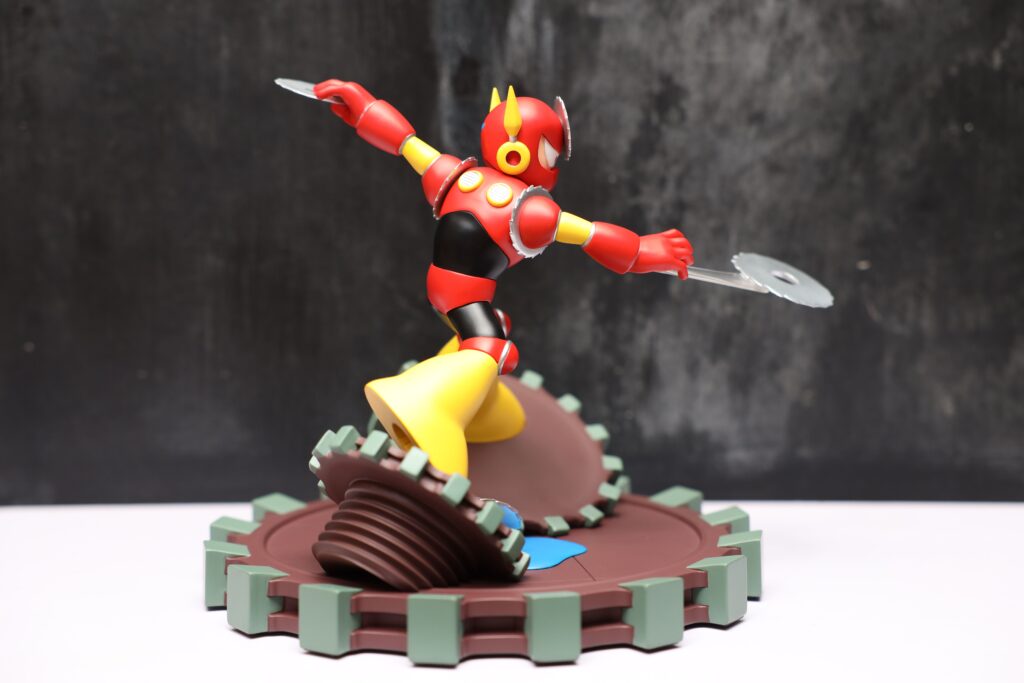 The base of the statue also has good details included like the metal gear and even the energy tank that Mega Man usually collects. 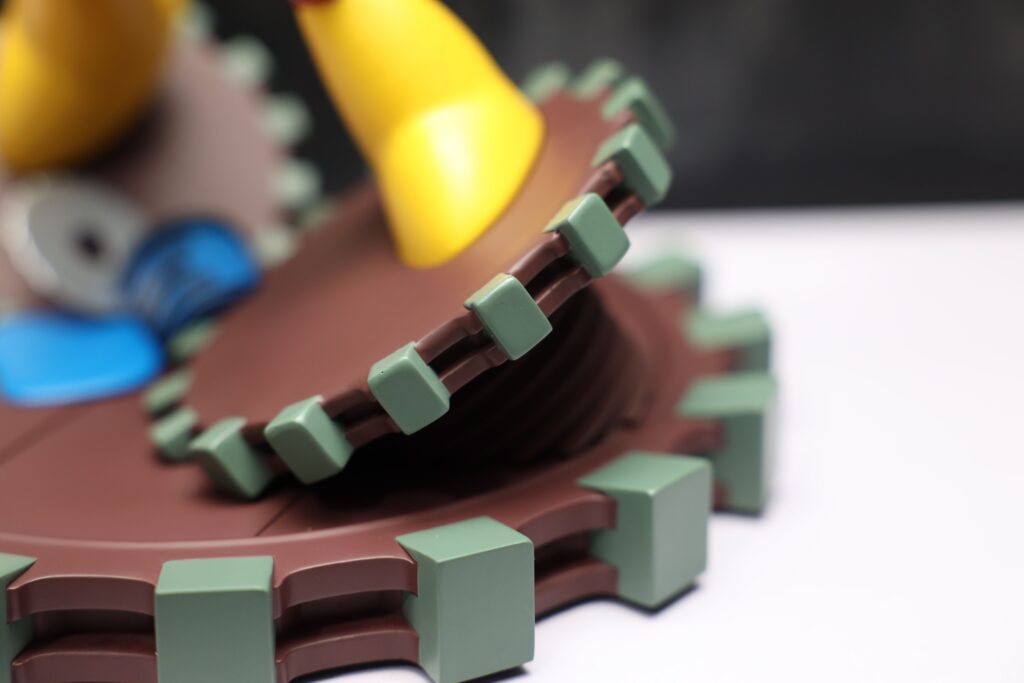 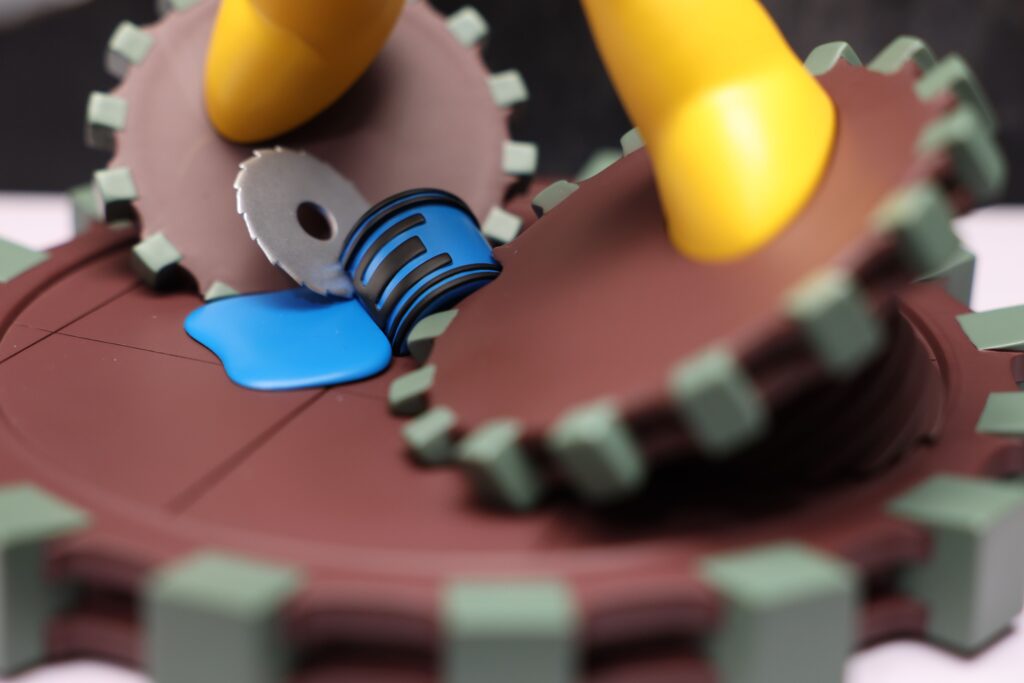 The resin statue is a limited release as it’s numbered – so meaning if you want to get it, you would be one out of the 600 customers that have this Metal Man resin statue! Monika Toys also issues two other villains – Air Man and Crash Man – Metal Man has the coolest figure base out of the three! I would say that this resin figure is really worth it! 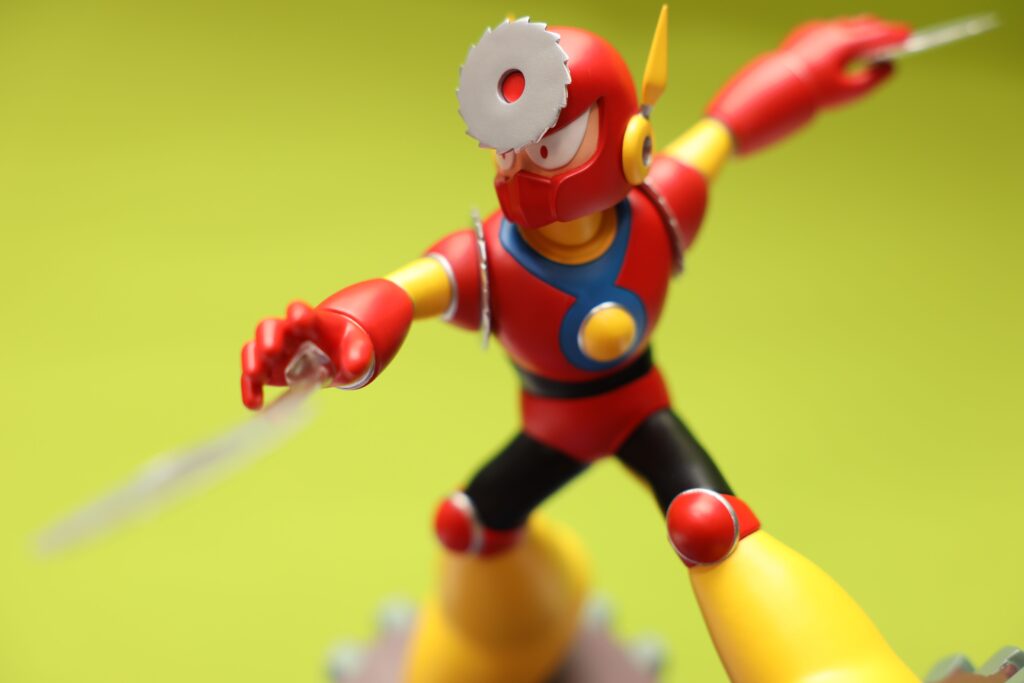 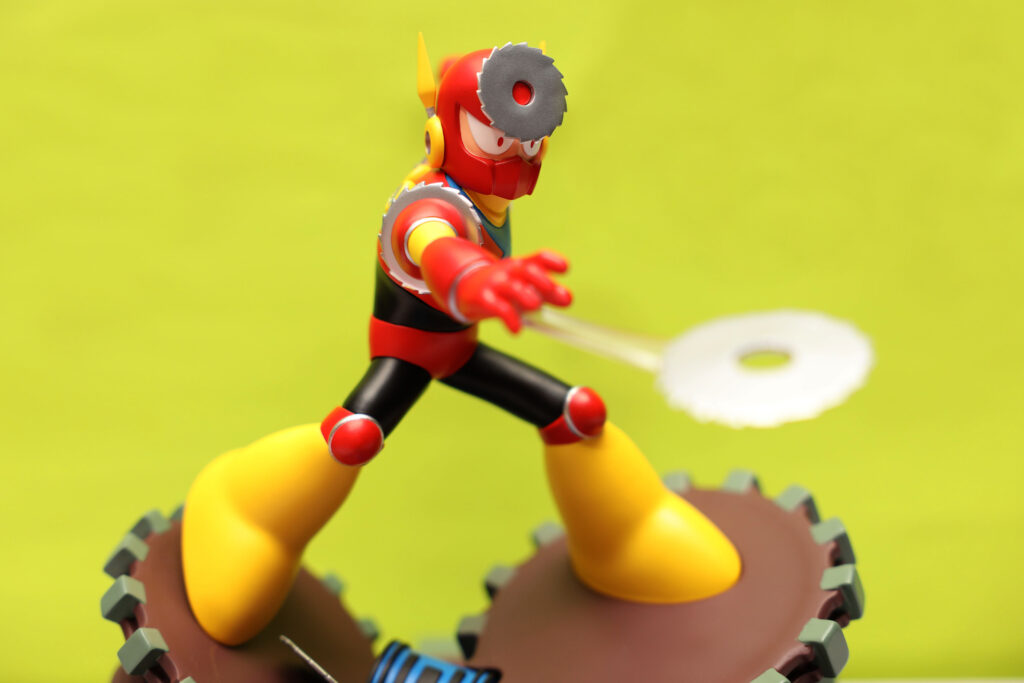