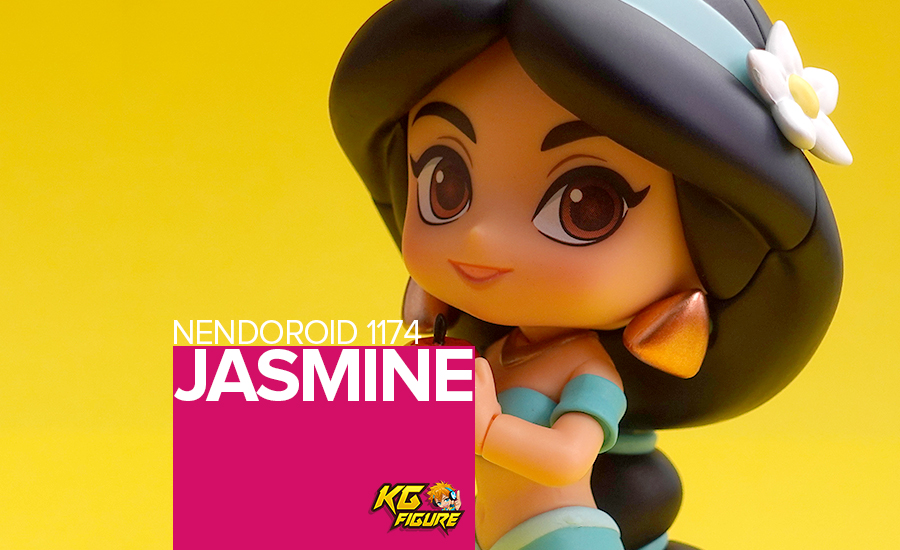 Disney’s Jasmine is one of the most recognized Disney Princesses, she is feisty and fierce and yet very charming – this is what makes her very memorable. Last 2019, a live-action film of the Aladdin movie was released and The Good Smile Company decided to make figures out of it. Our review today will be all about the Nendoroid figure of Disney’s Jasmine.

The design of the box showcases the color of Jasmine’s dress colors – blueish-green and gold graphic ensembles. Aside from the ornaments present in the box, the set showcases various photos of the Nendoroid Jasmine figure – the variation of what you can do with the figure. 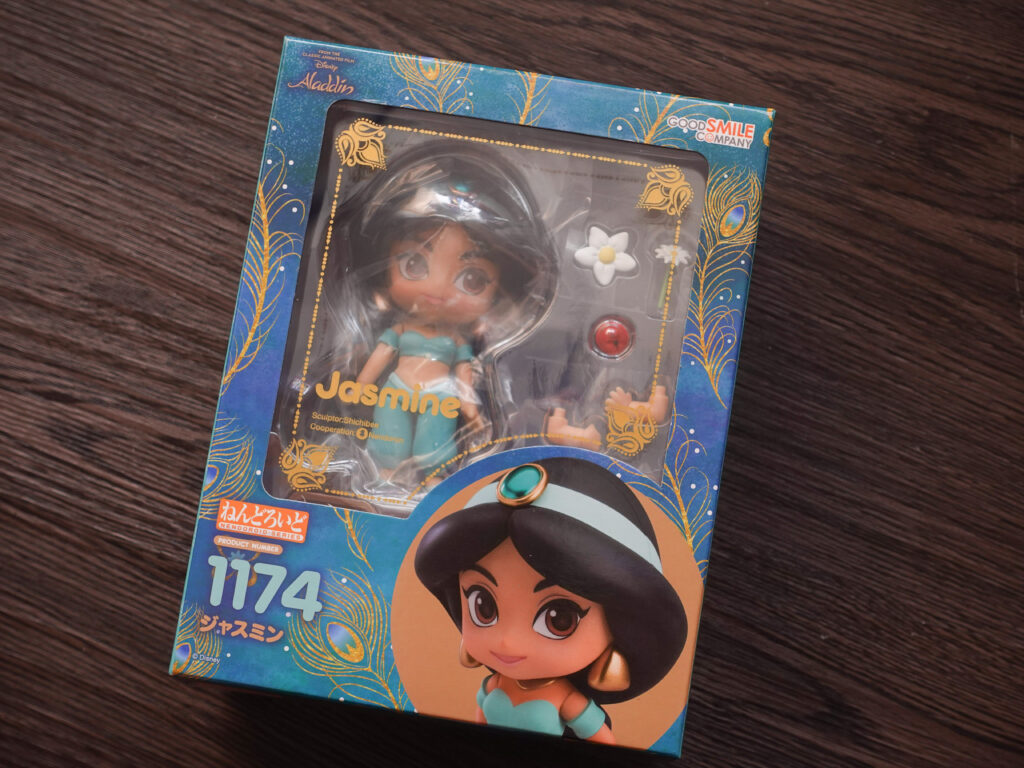 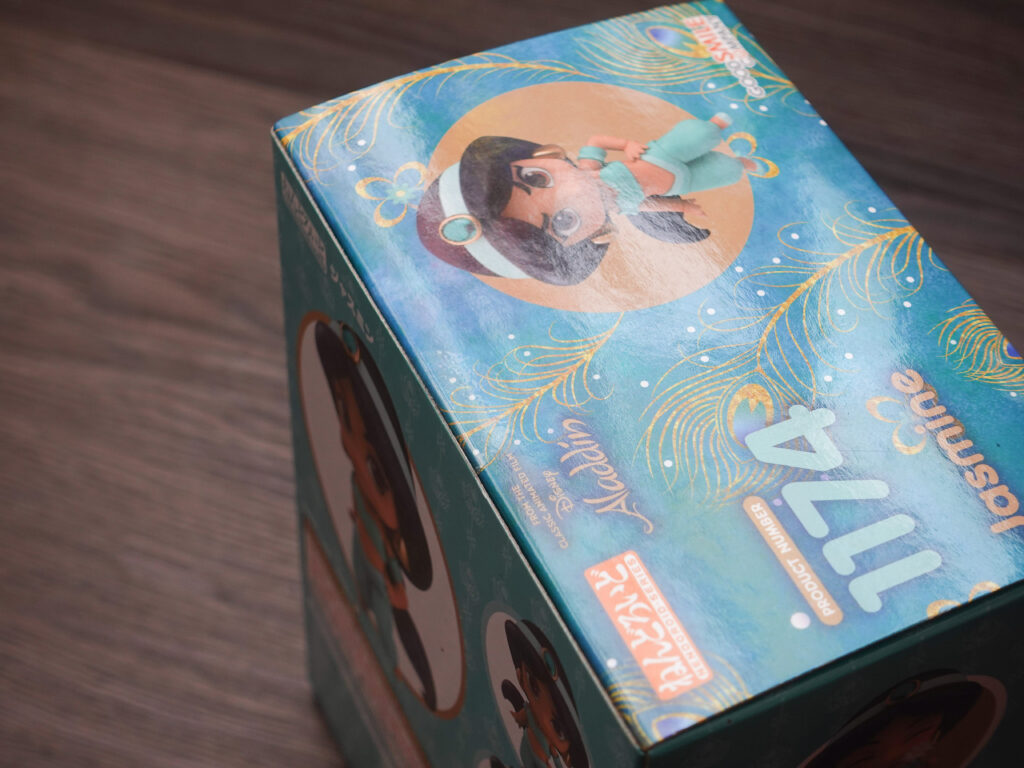 The figure is really on point and quite accurate with the animated look of Jasmine. 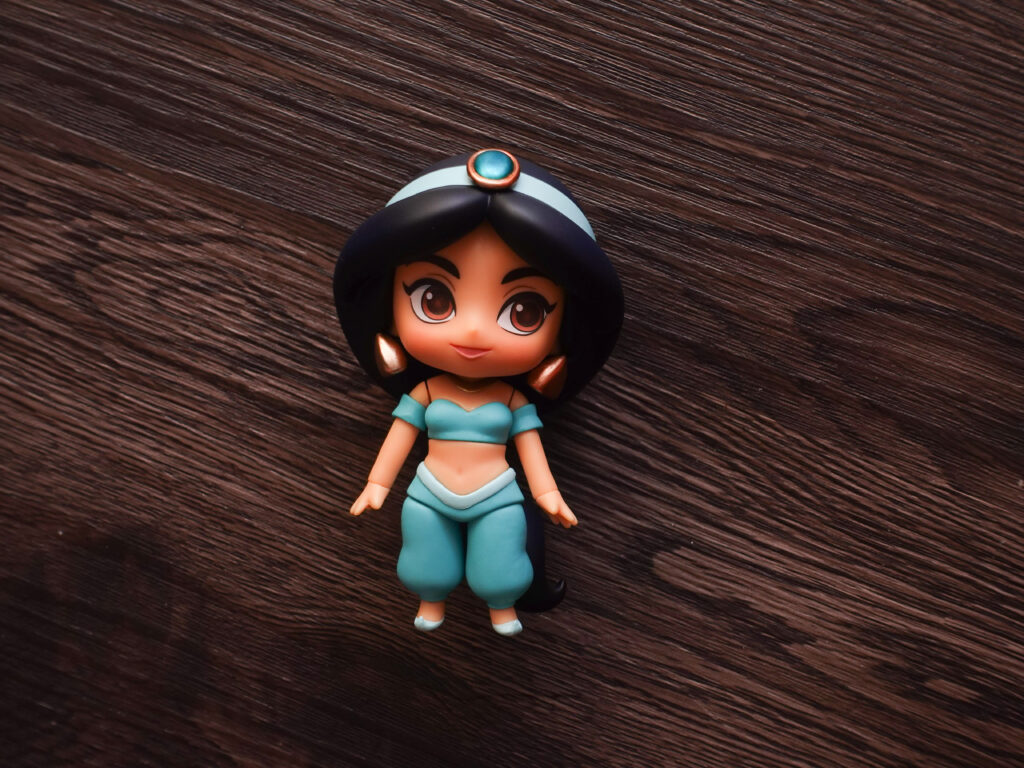 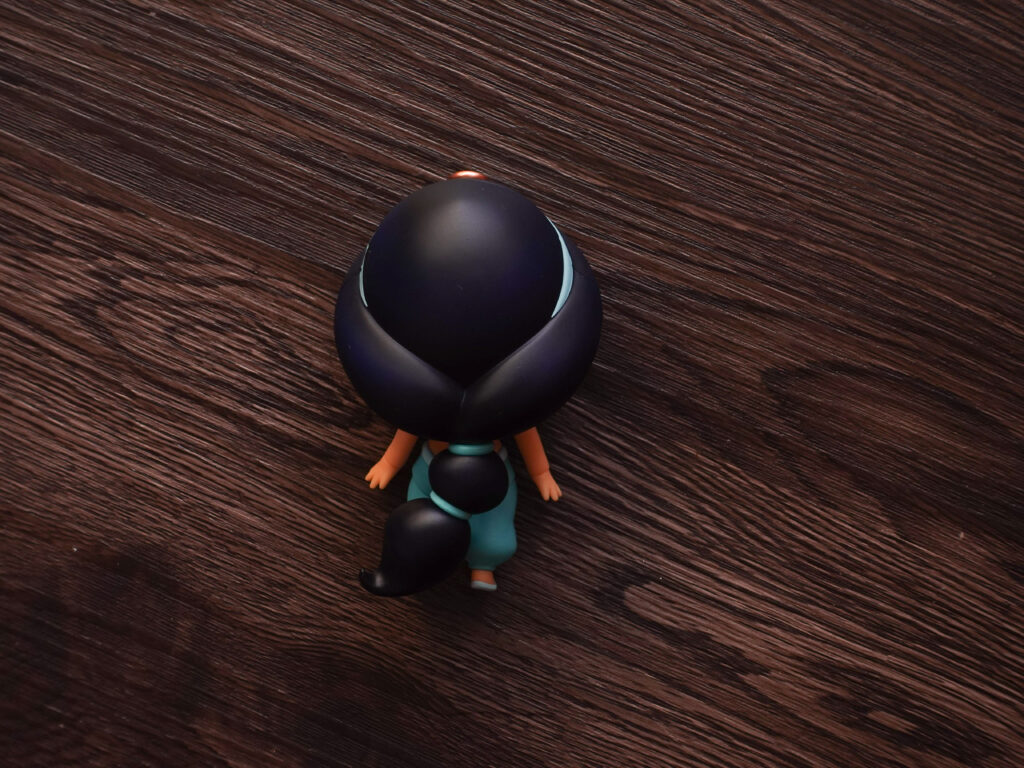 The set includes a few numbers of accessories which include alternative faceplates, interchangeable hands, a bent leg, a stem of the flower, a flower for the headband, and an apple. The set also includes the standard figure base and stand also a stand for the Rajah print. 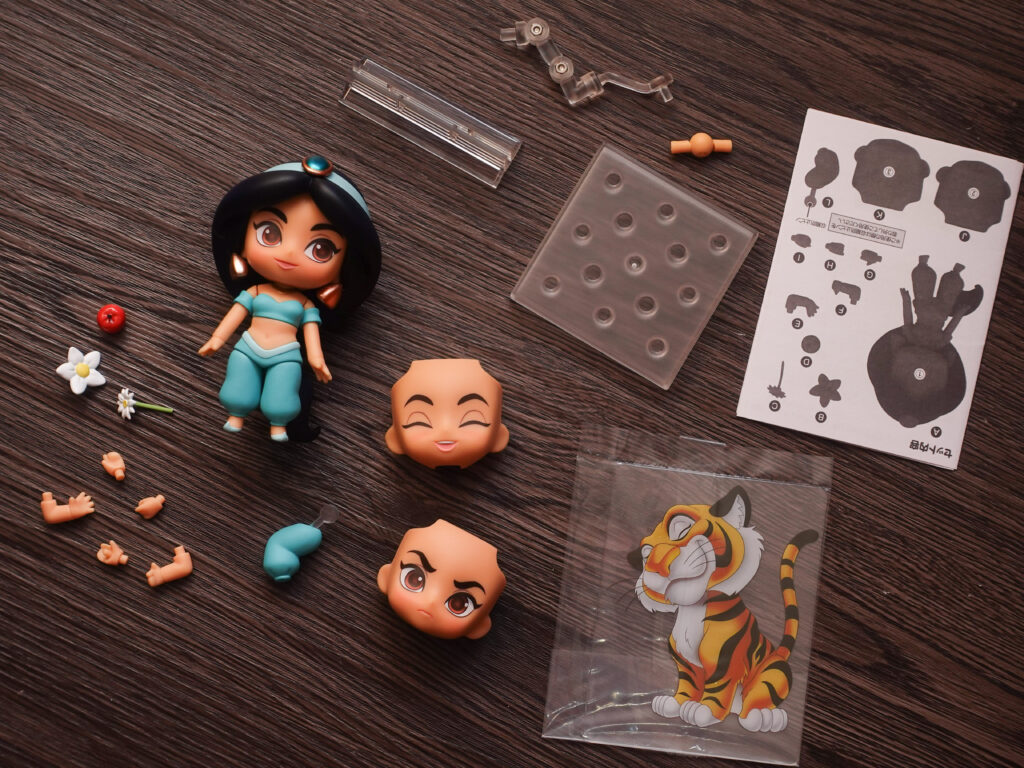 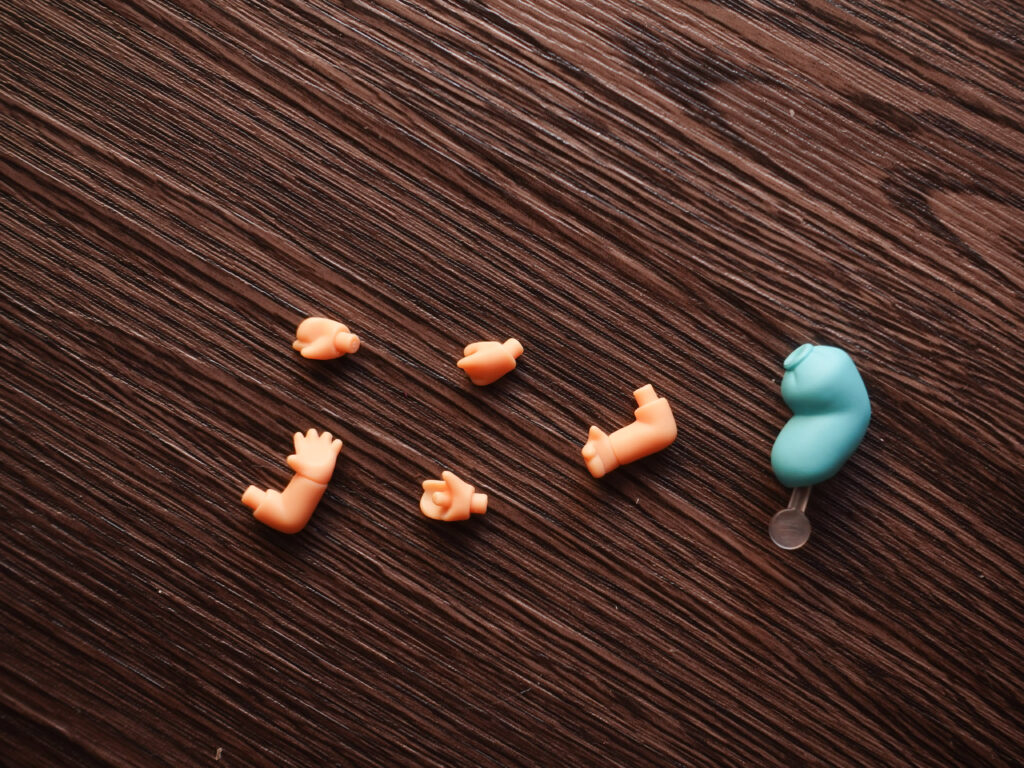 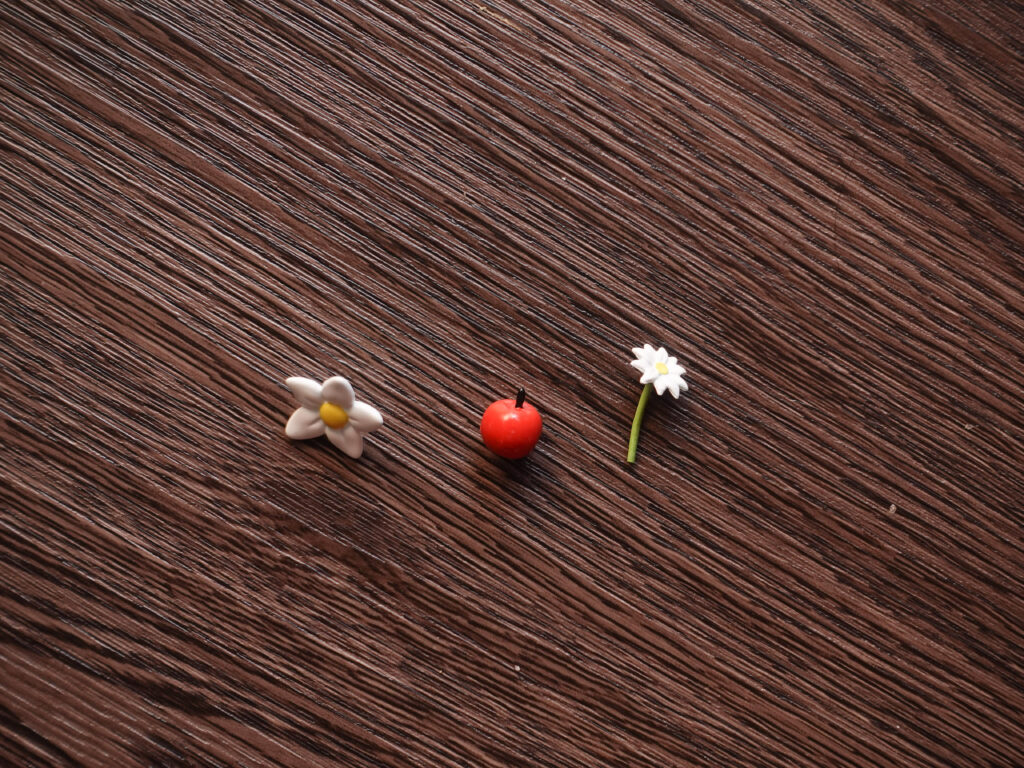 The bottom of the box also has an additional note at the flap which instructs you to check out the back of the box for the additional Rajah printed acetate. 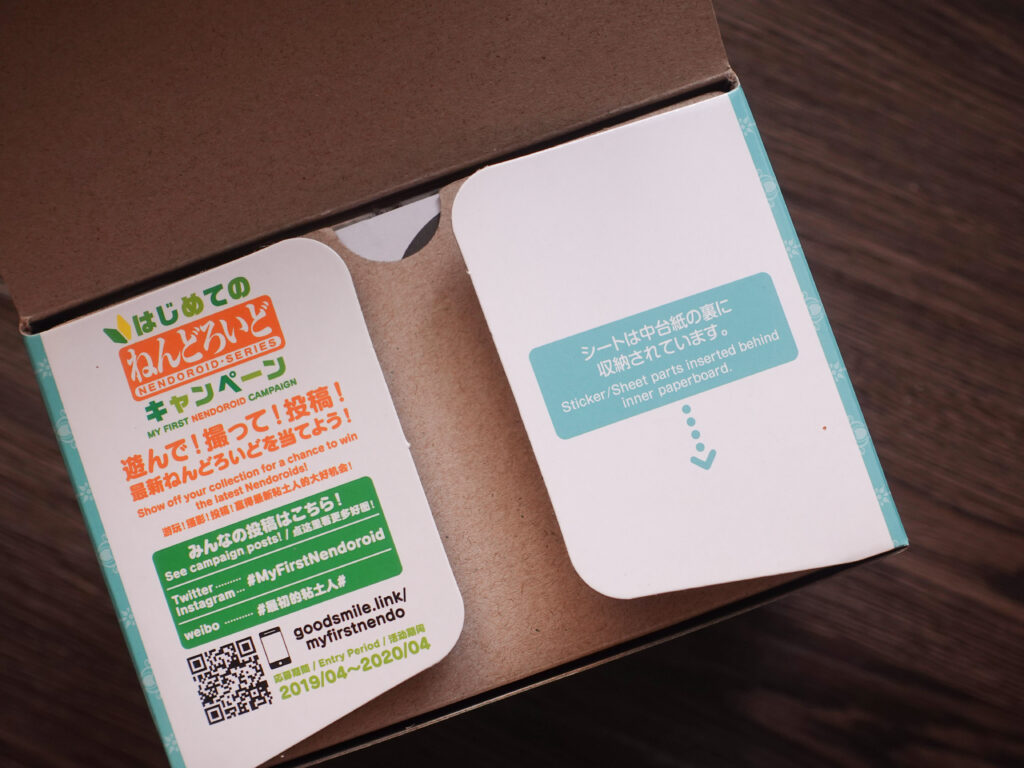 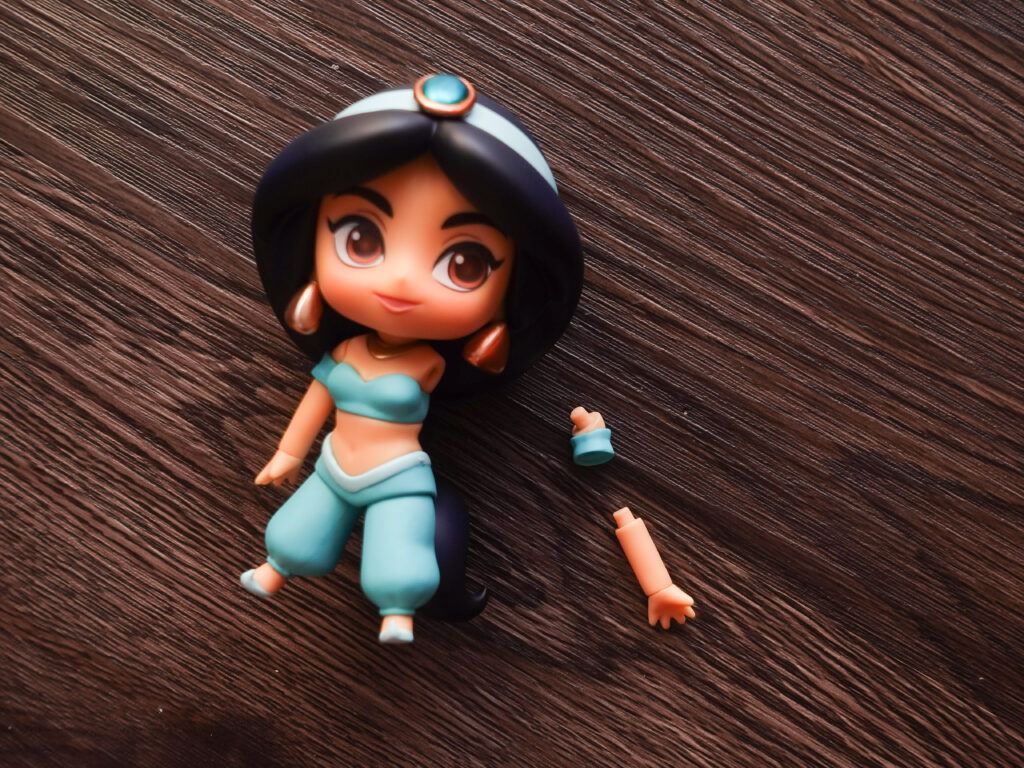 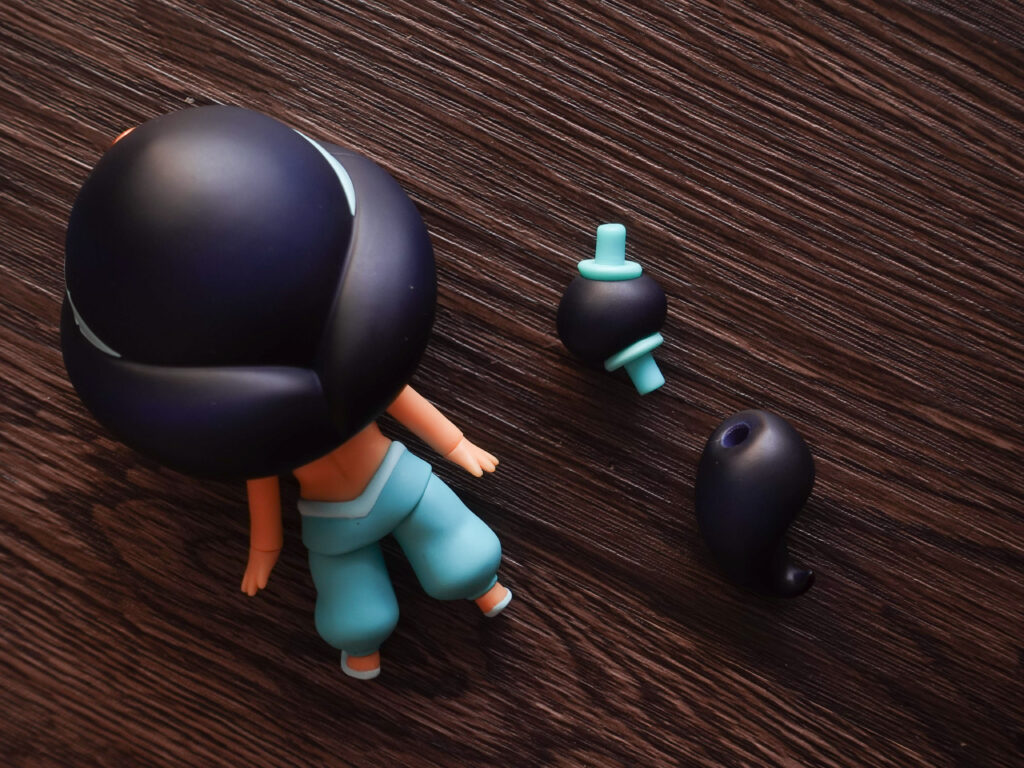 The legs of the figure have a ball joint articulation (T-type) wherein you can freely position the feet from either side although you cannot bend it – similar to the arms. The additional bent leg can be interchanged by removing the feet of the figure from the default leg and the ball joint connected to the hips. 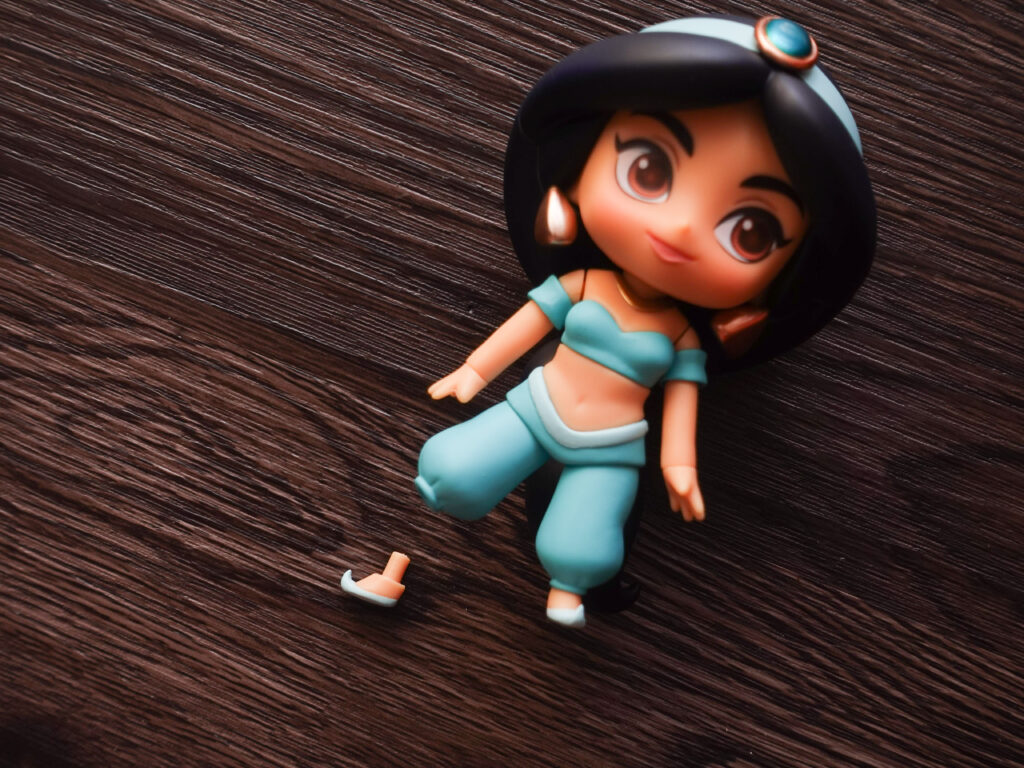 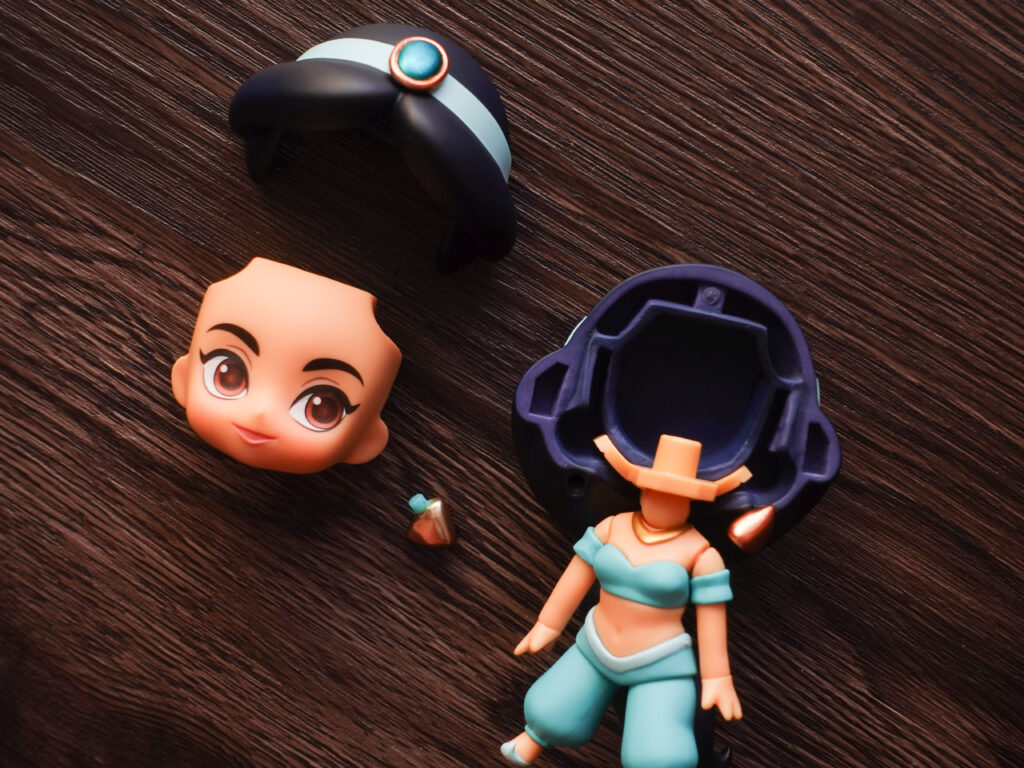 The flower ornament can also be placed between the hair parts, you just need to put the clear part of the flower to the gap of the head. 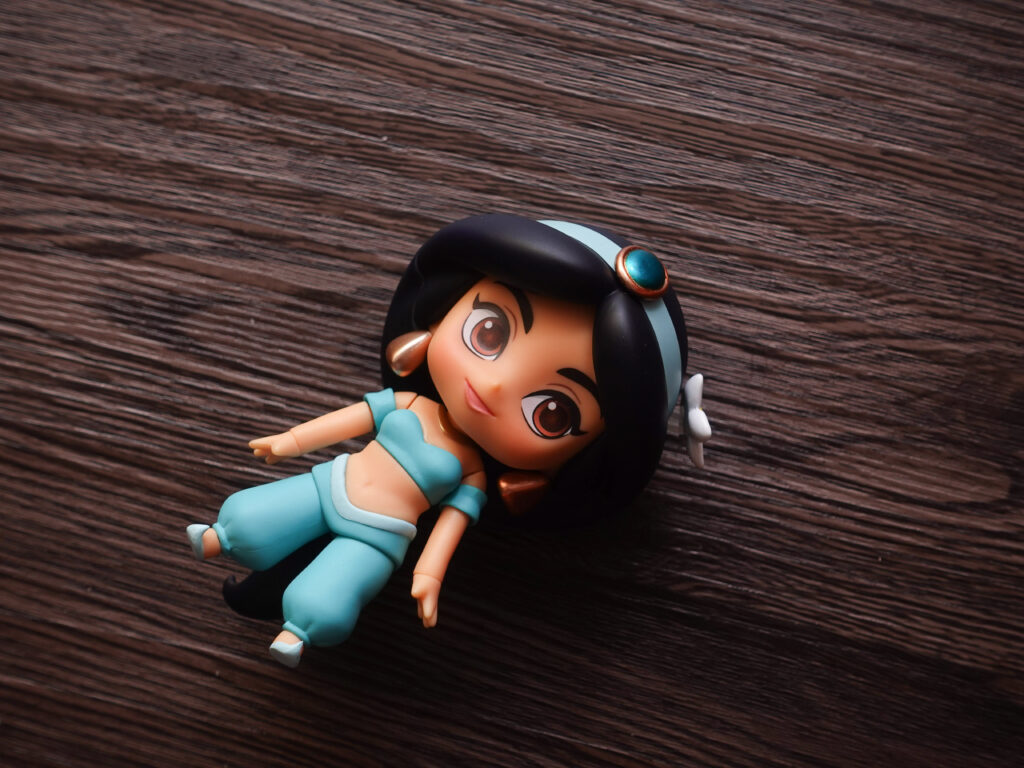 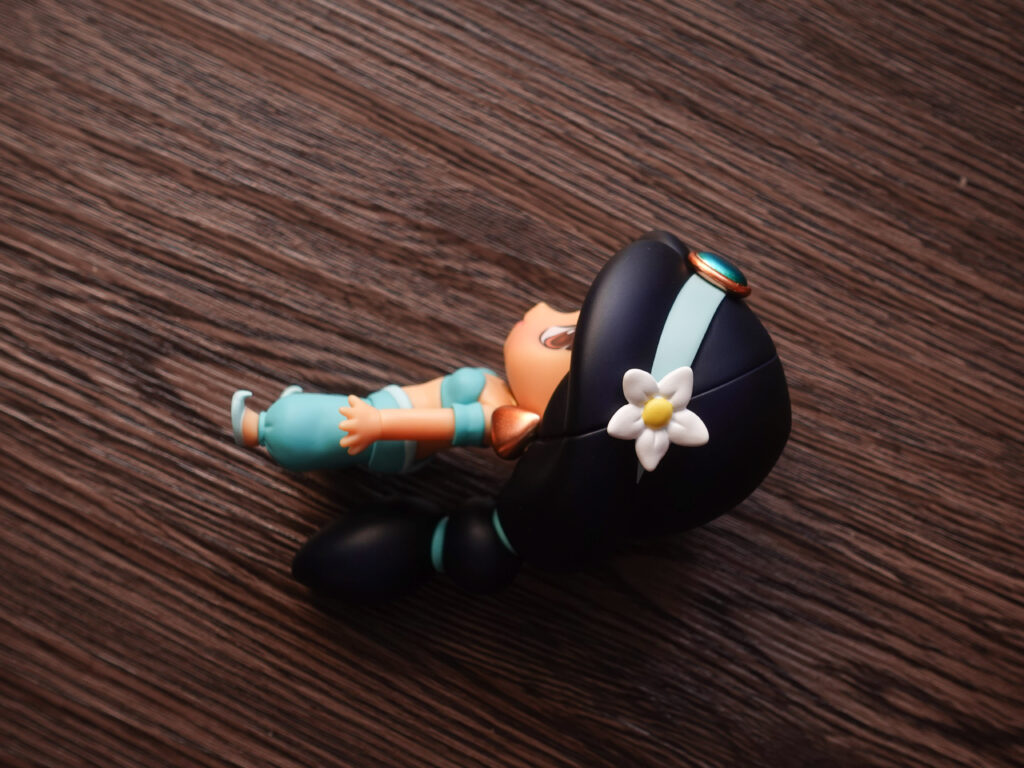 The paint application on this figure is nicely done I really liked the details on the face and even the touch of gold for the earrings. The paint apps on the dress have a simple color application of blueish-green, the shared are not necessary as it was modeled after an animated version of Jasmine. 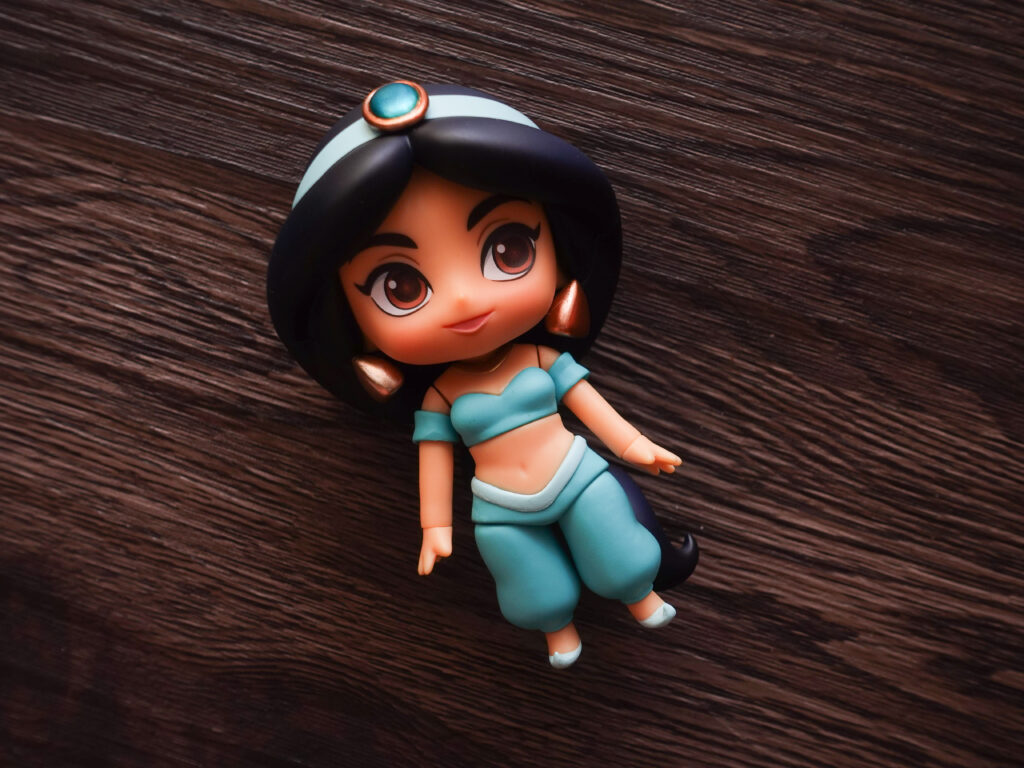 This is the first time that I’ve reviewed a Nendoroid Disney Princess figure and I have to say that it didn’t disappoint me. I liked how simple the figure is and I am looking forward to seeing the rest of the Disney Nendoroid figures soon as they’ve been releasing pre-orders for the older released figures.

If you want to order your own Disney Jasmine Nendoroid figure, check out KG Figures! There are also some pre-order figures listed on their page, so go check them out! 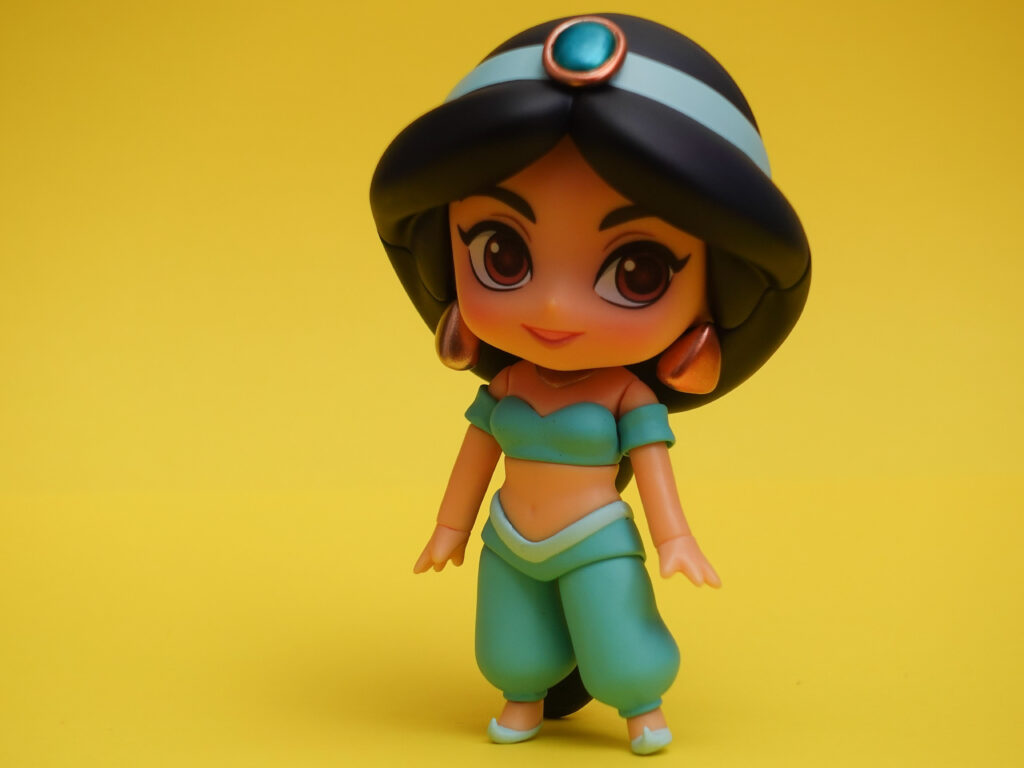 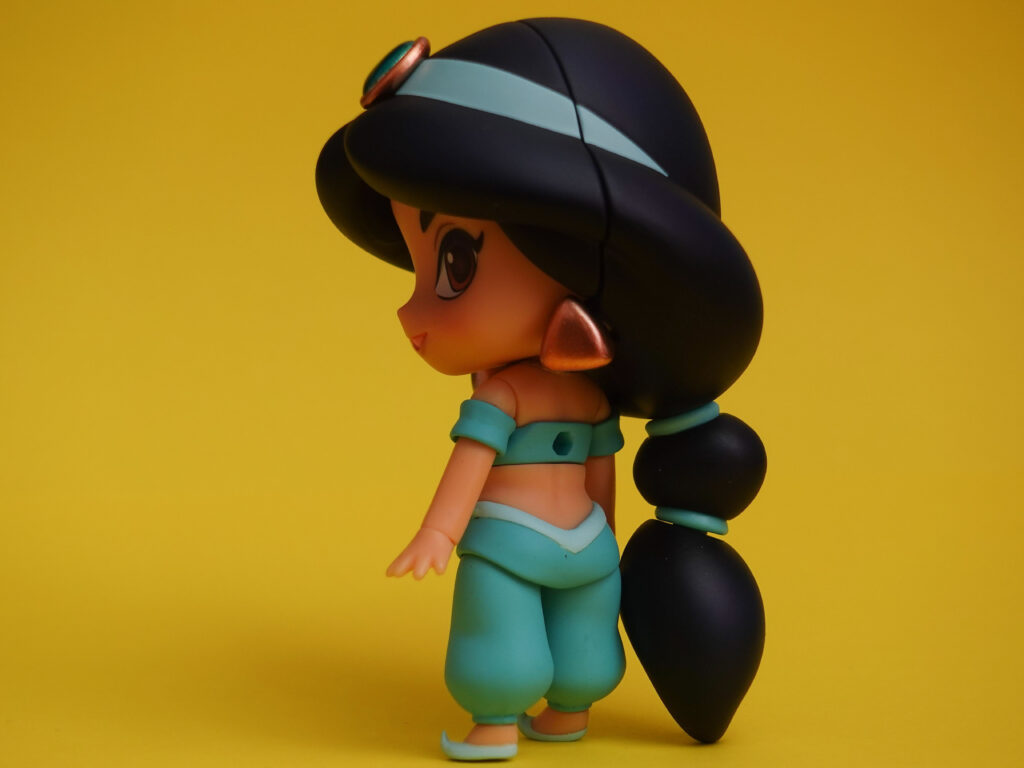 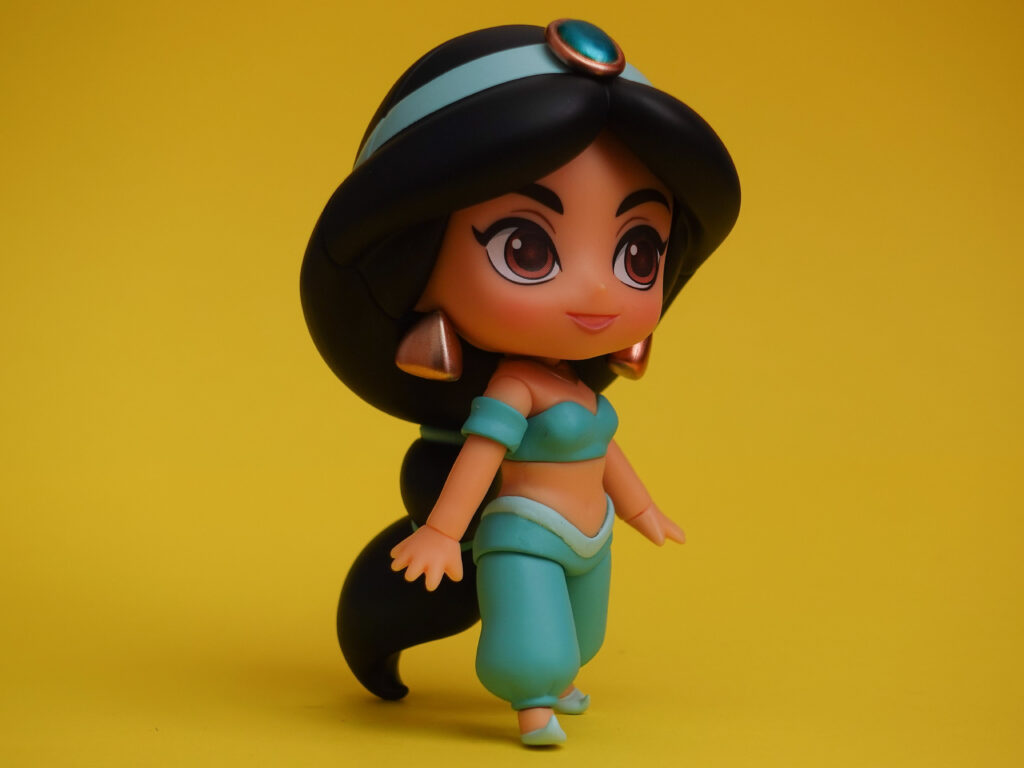 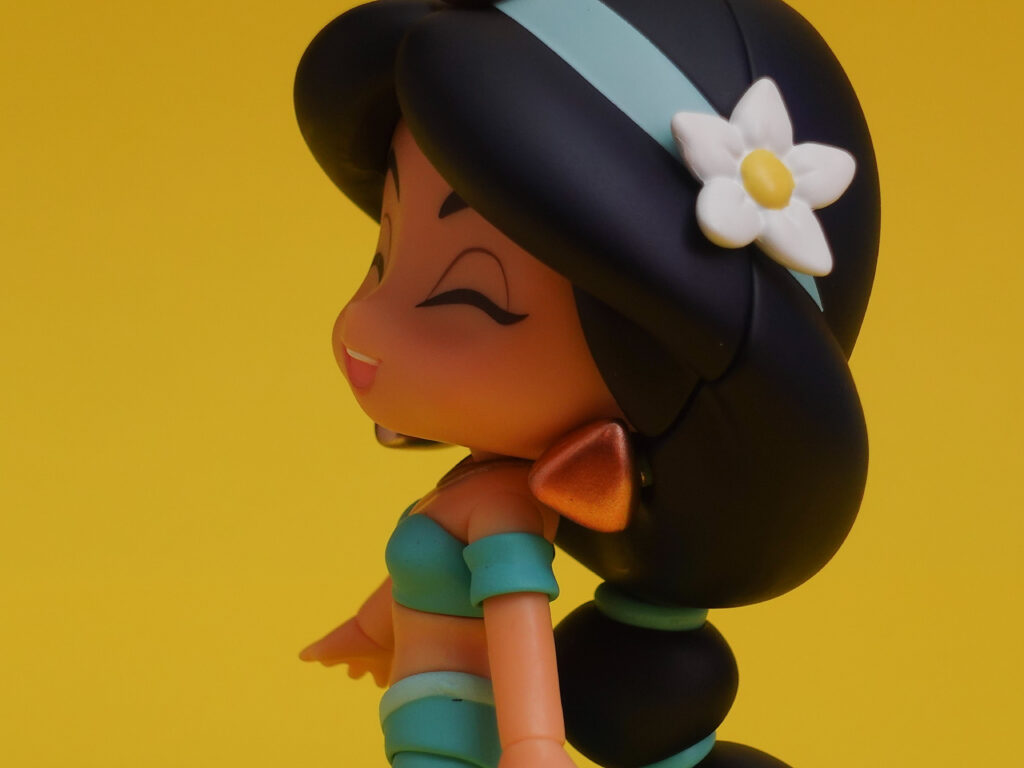 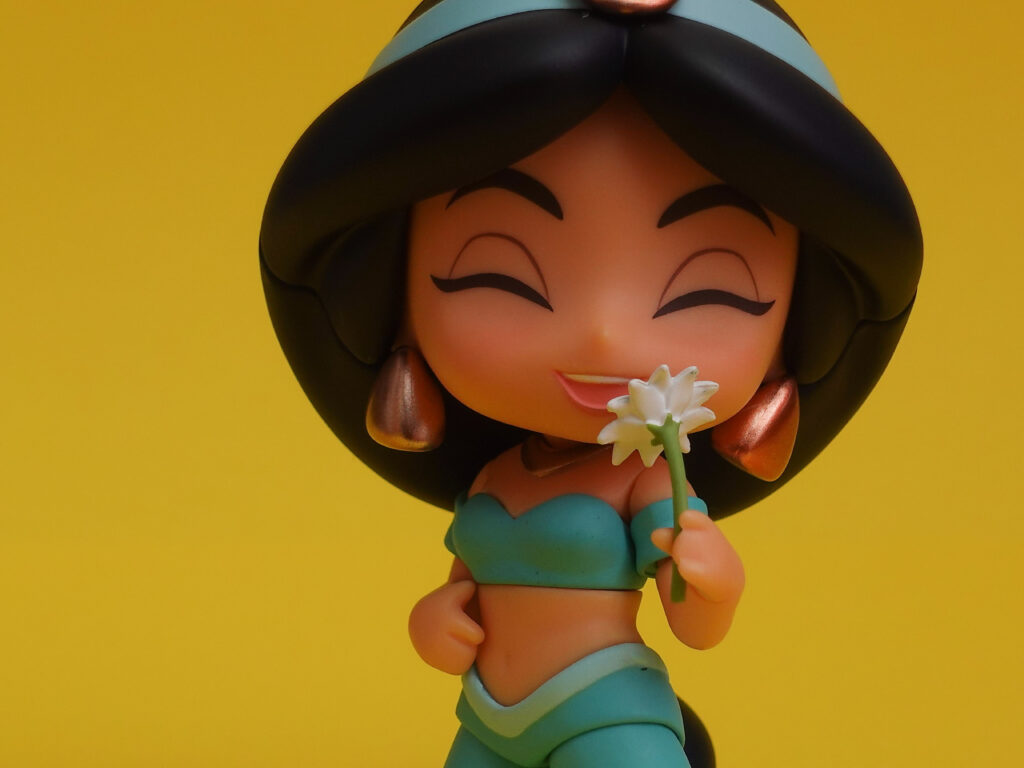 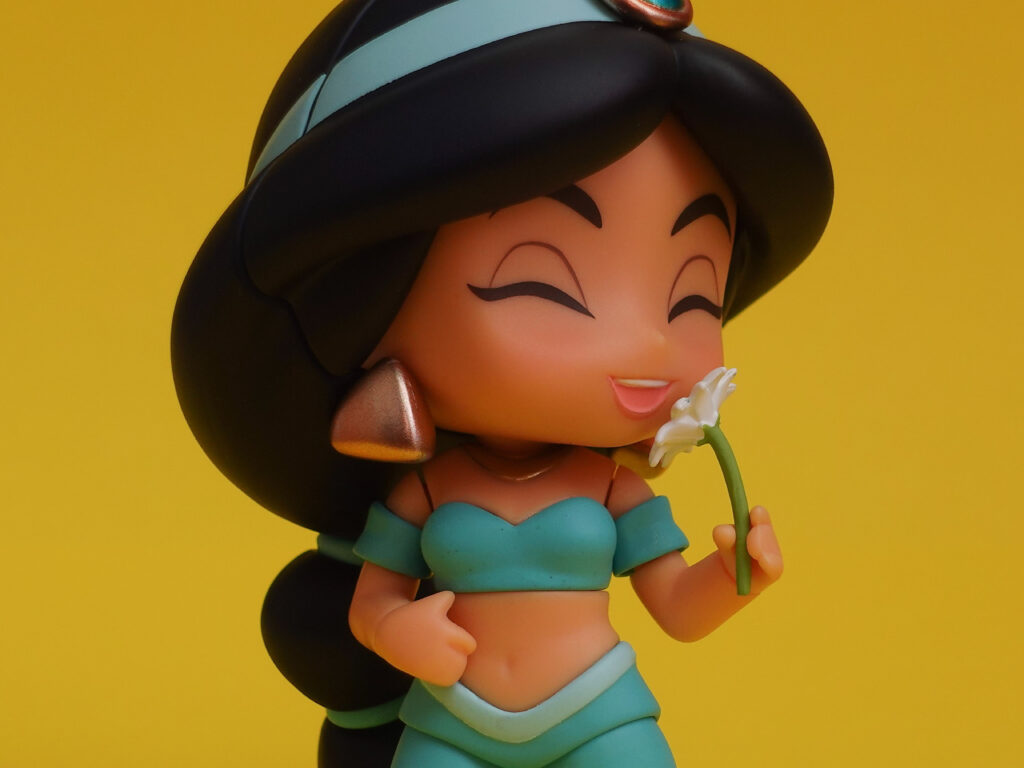 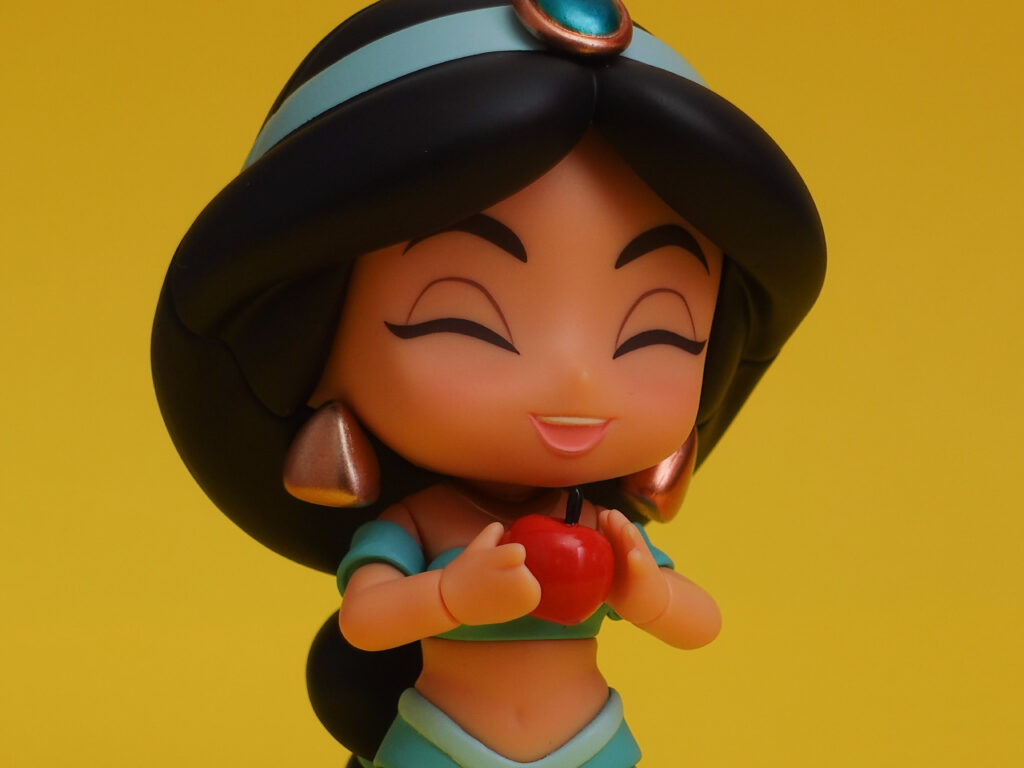 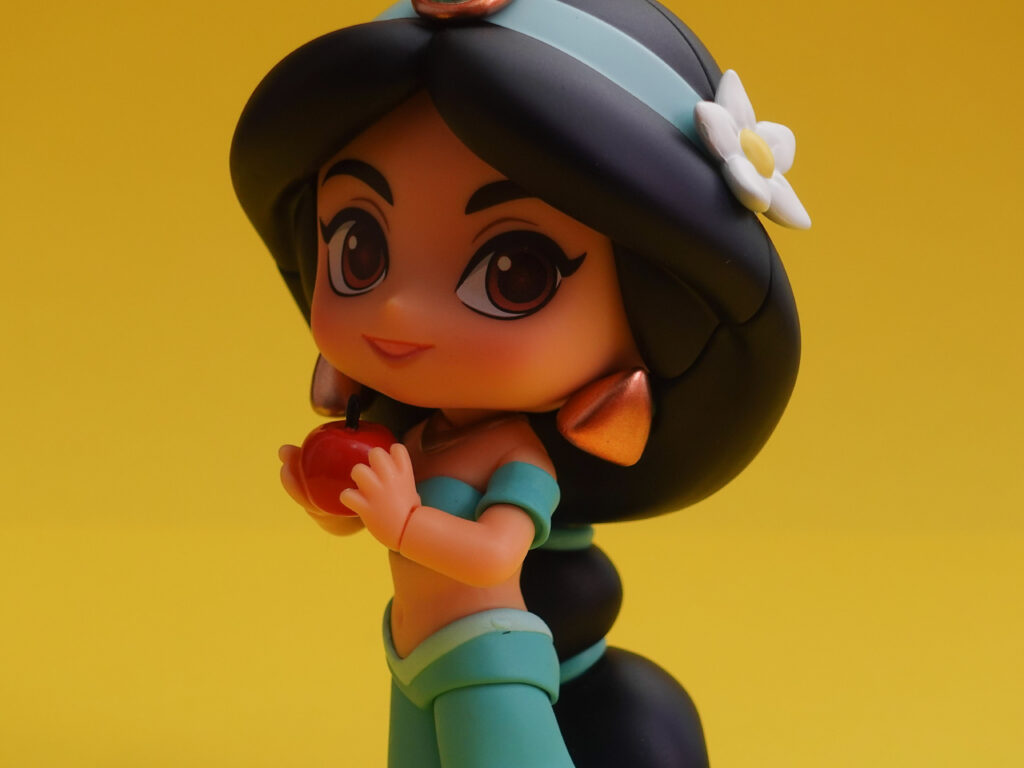 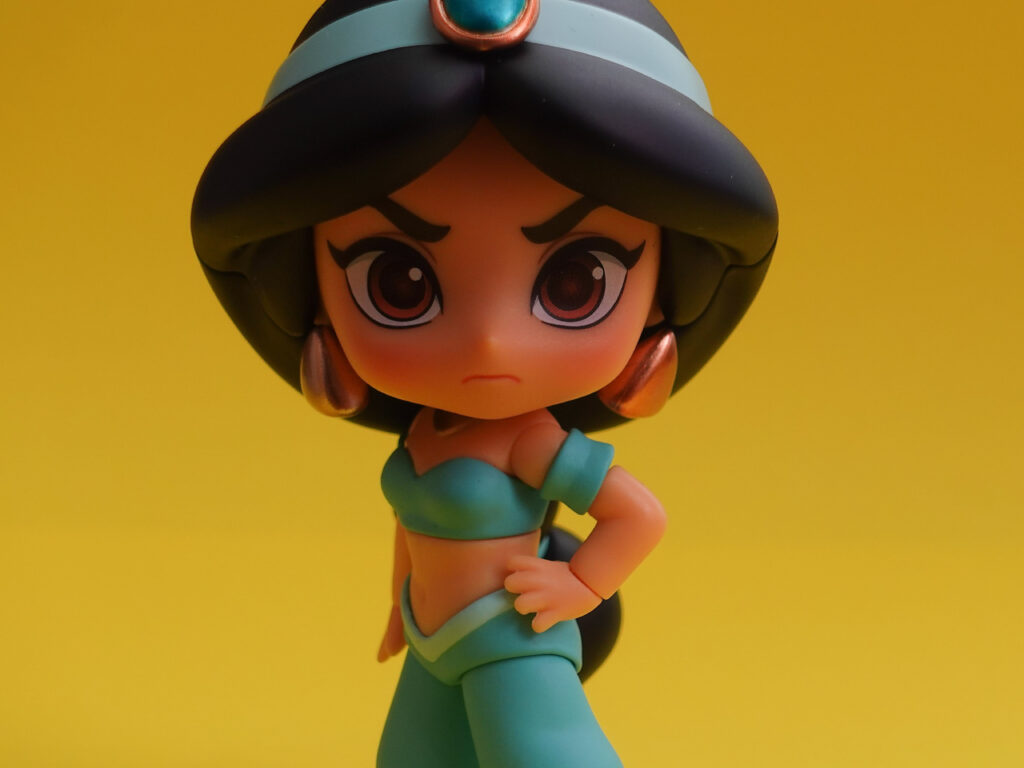 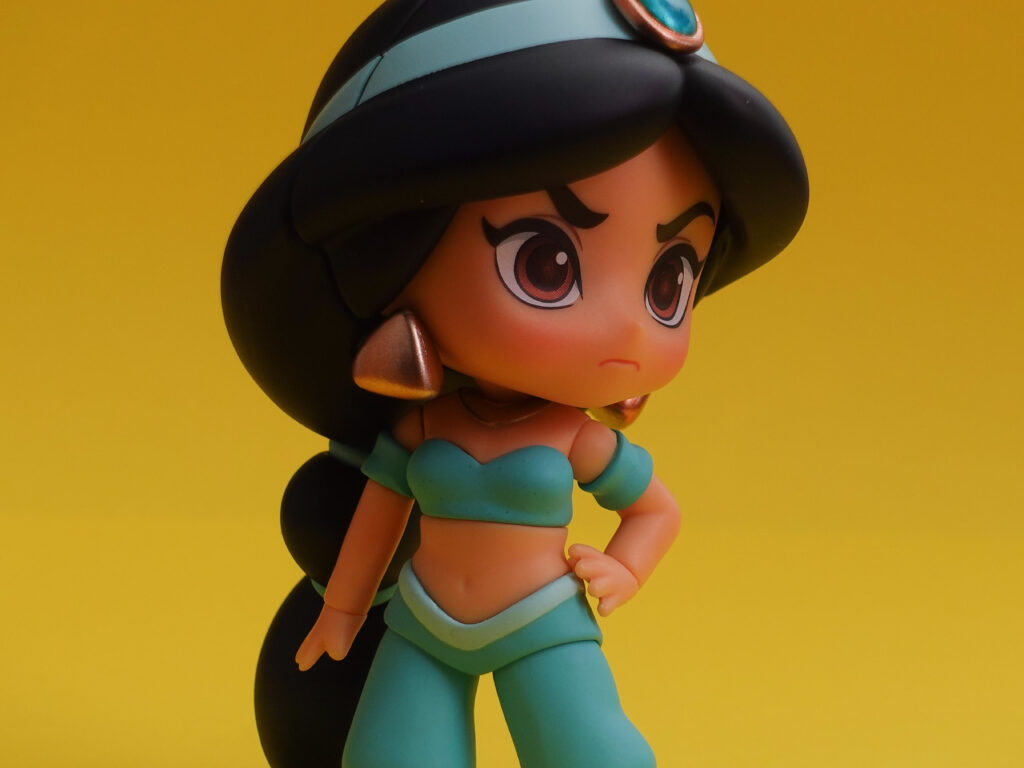