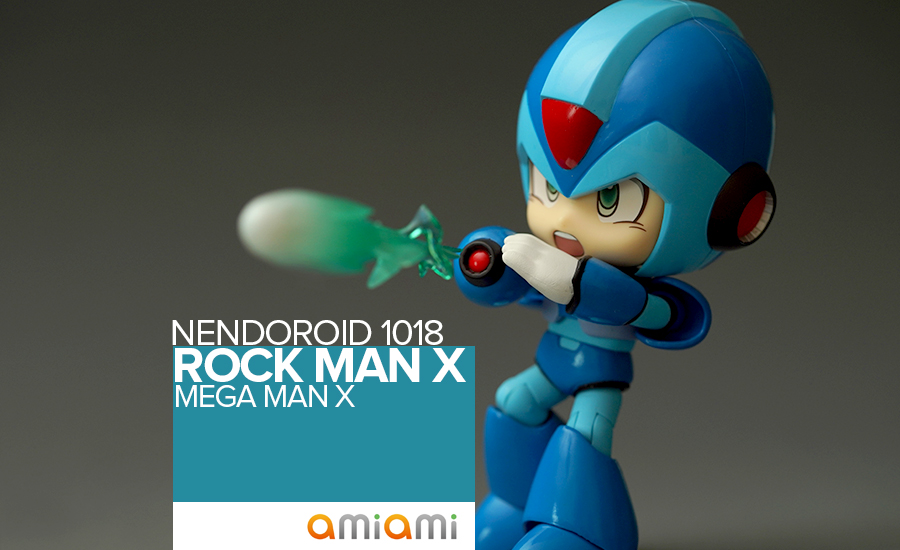 Today’s review will be all about The Good Smile Company’s Nendoroid release of the Mega Man X figure. I got my figure through Amiami this month via pre-order. You can check out their site to see more GSC or Nendoroid figures up for release!

Since 2 years ago, most of the GSC Nendoroid boxes are already almost half in size compared to the older releases – this toy is part of the smaller box release. I like how they made the box more compact in size because storing it is easier. The box design doesn’t really give you the Mega Man feel but the color tones are pretty much inline with the series. 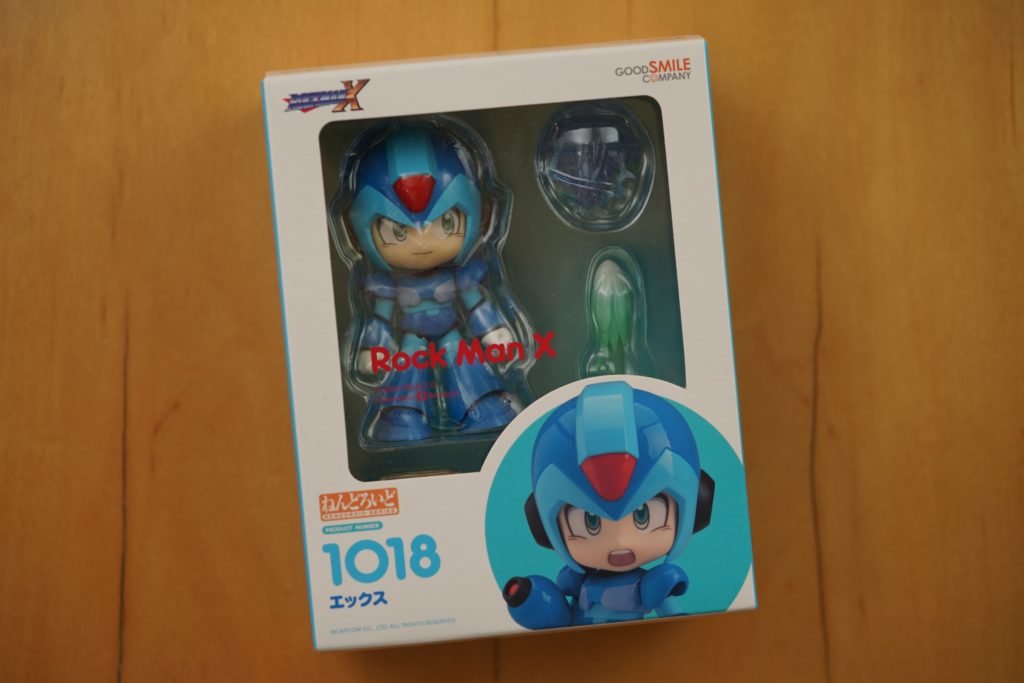 Always remember to get your Nendoroid figures from trusted and authorized resellers – beware of counterfeit products – one easy way to identify would be the signature circle sticker seal. 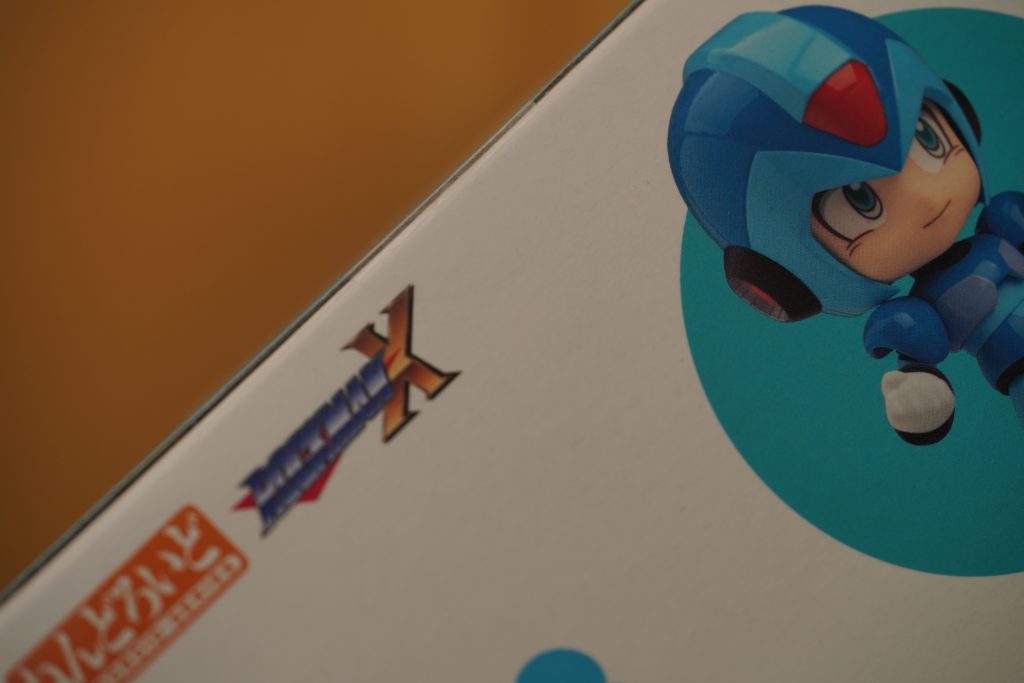 Compared to the Mega Man Nendoroid release, this figure has more articulation points similar to the super hero figures that Nendoroid figures has. Given this, there would be more variety when it comes to posing the figure. So far, I liked how the figure was made from its articulation to it’s color paint app finish. 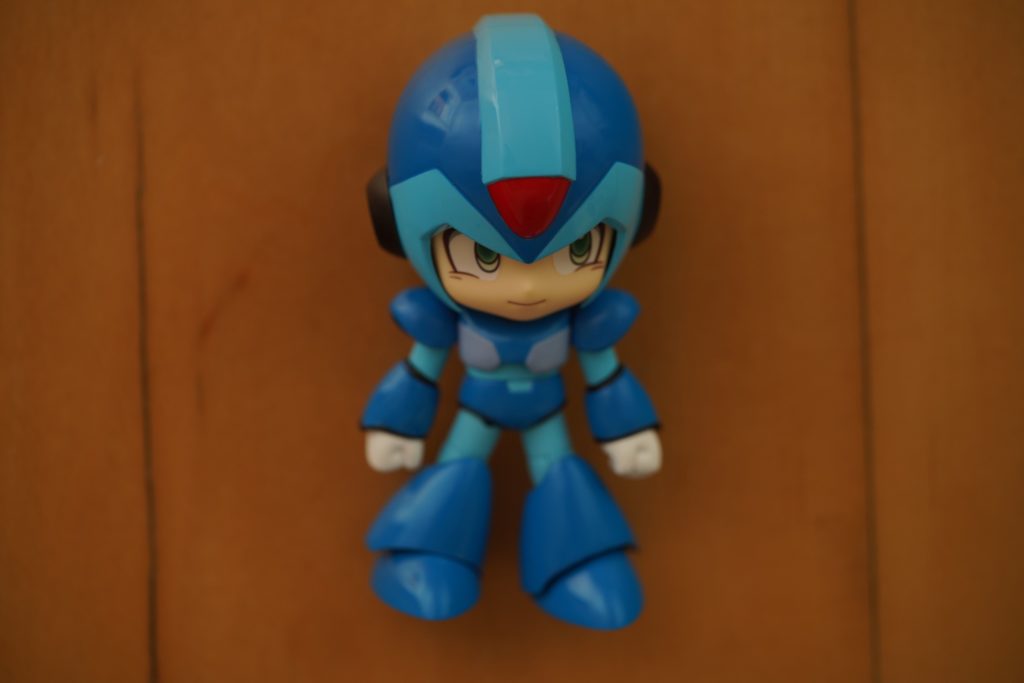 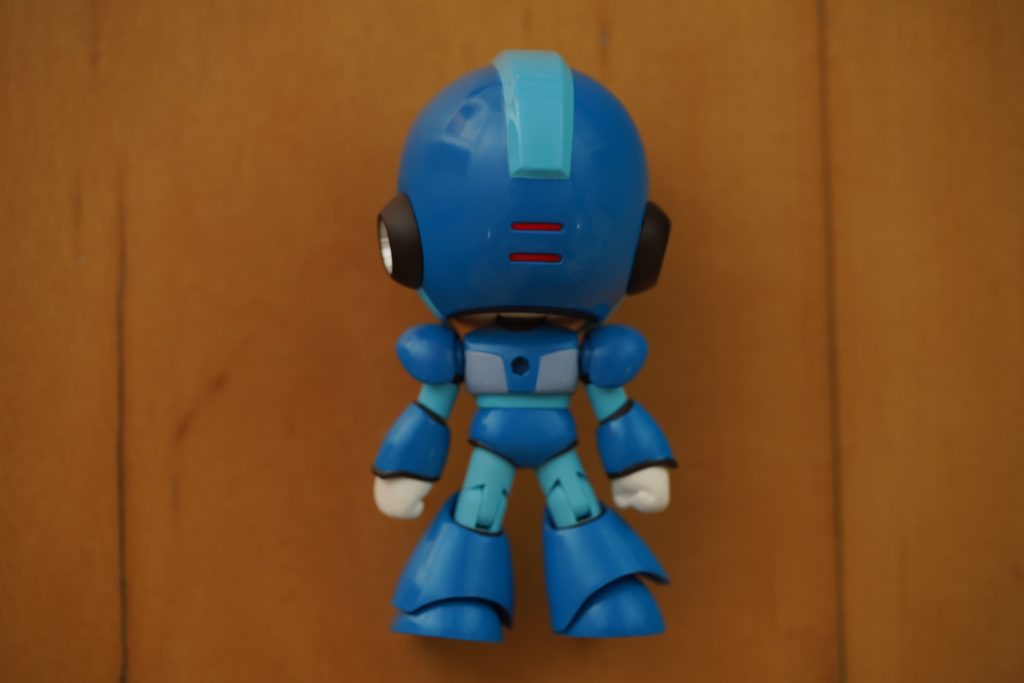 The set contains interchangeable arms and hands, elbow joints, extra face plate, an X-Buster, semi-charged shot effect and a Hyper Blaster effect. Of course, the default base, stand and extra joint parts are included in this set. 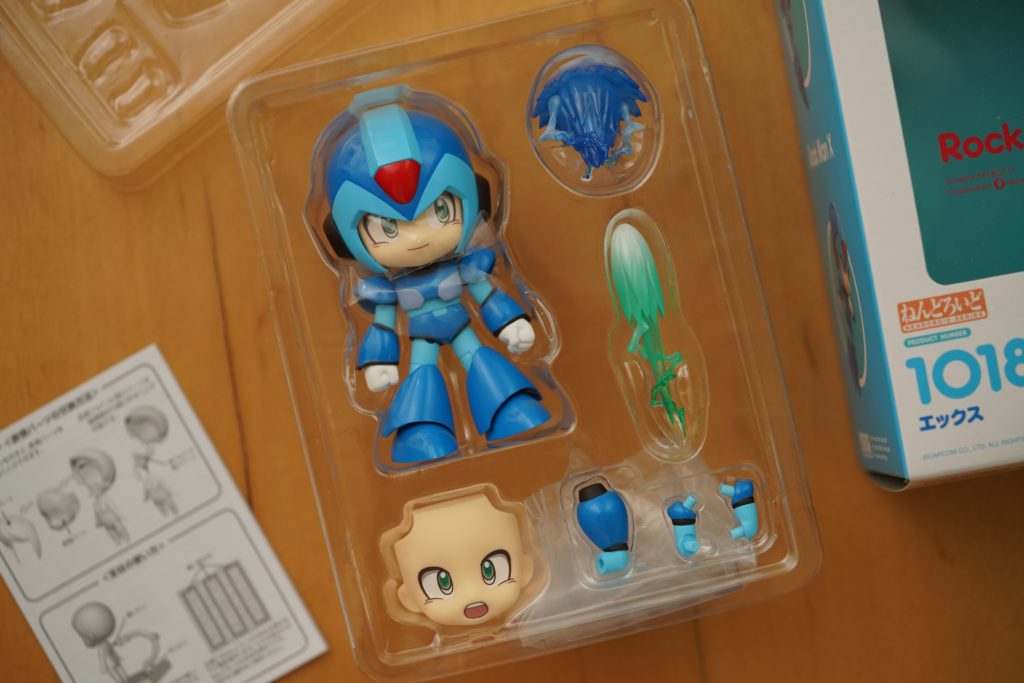 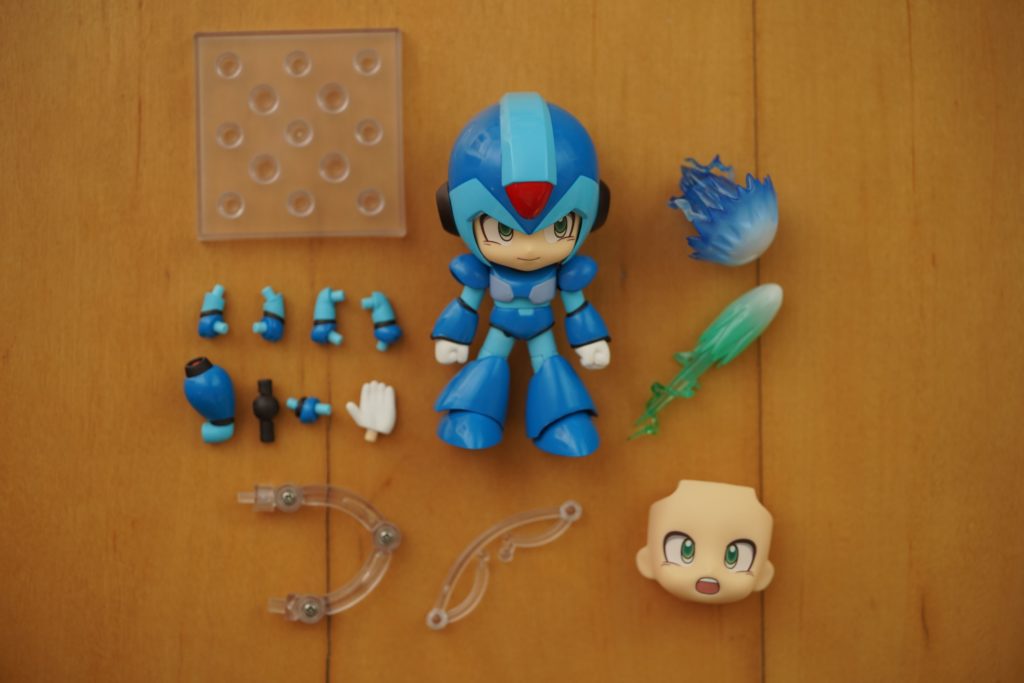 The default face plate included in the box is rather different compared to other figure releases – this one has the side glance look. It because GSC already released the Mega Man X Full Armor version which has the default face plate. I will be sharing my review on that set in my next review. 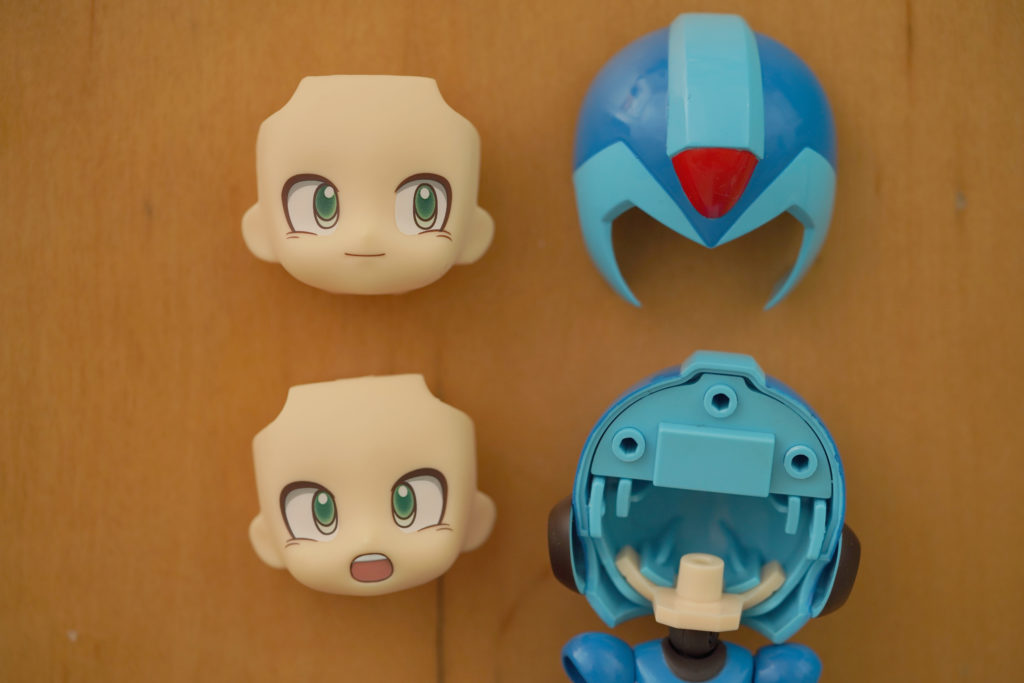 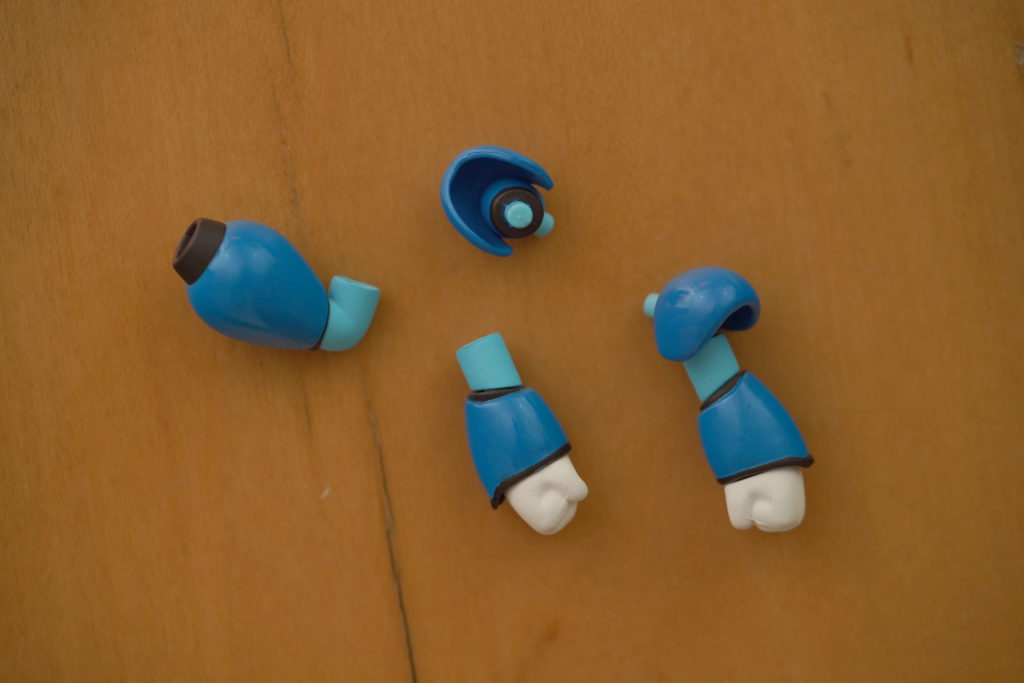 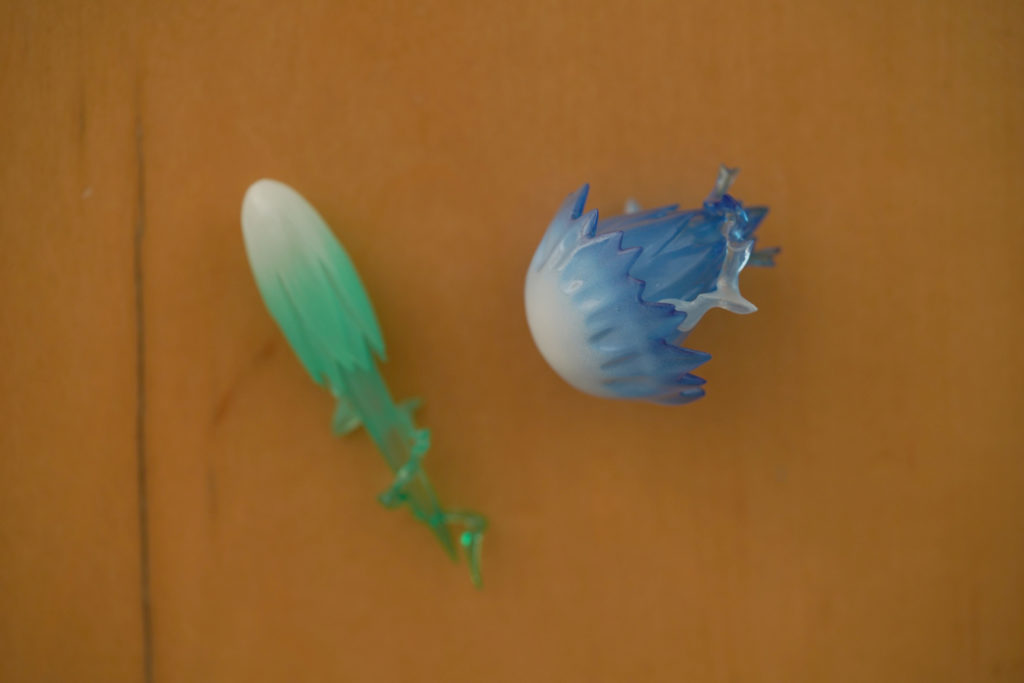 As mentioned earlier, this figure has more articulation point because the legs are bendable and the joints have more connecting pegs to have more variety in posing. 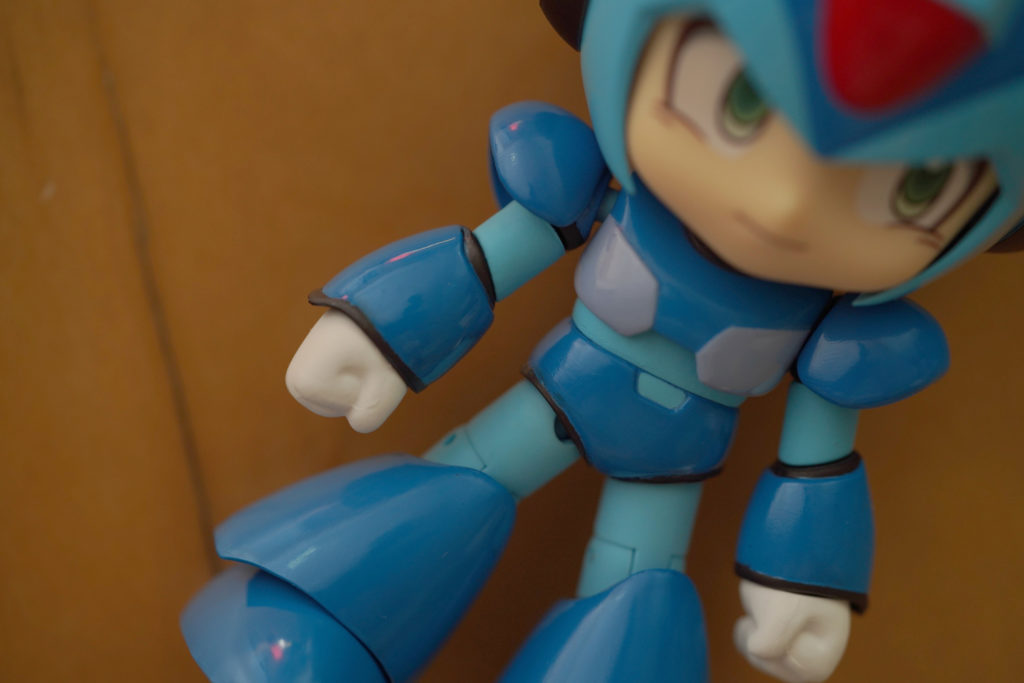 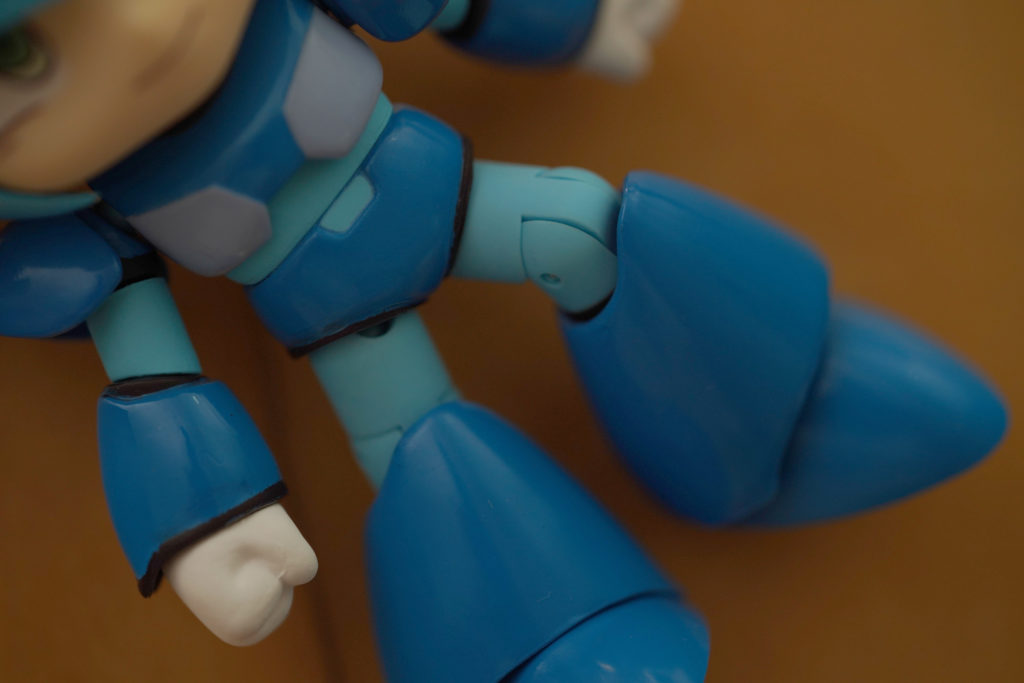 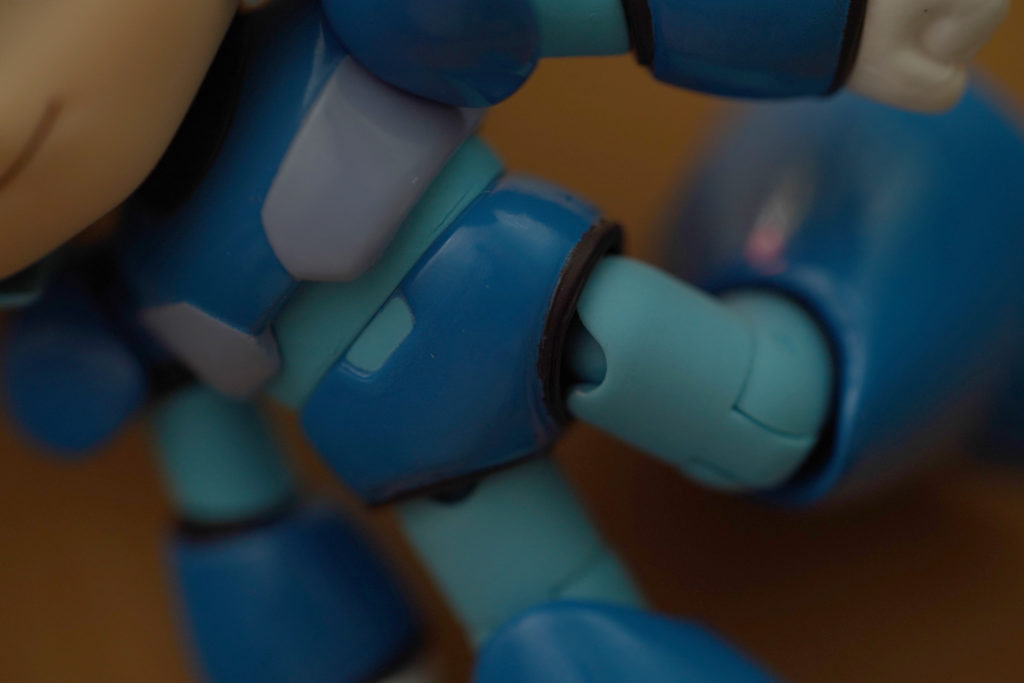 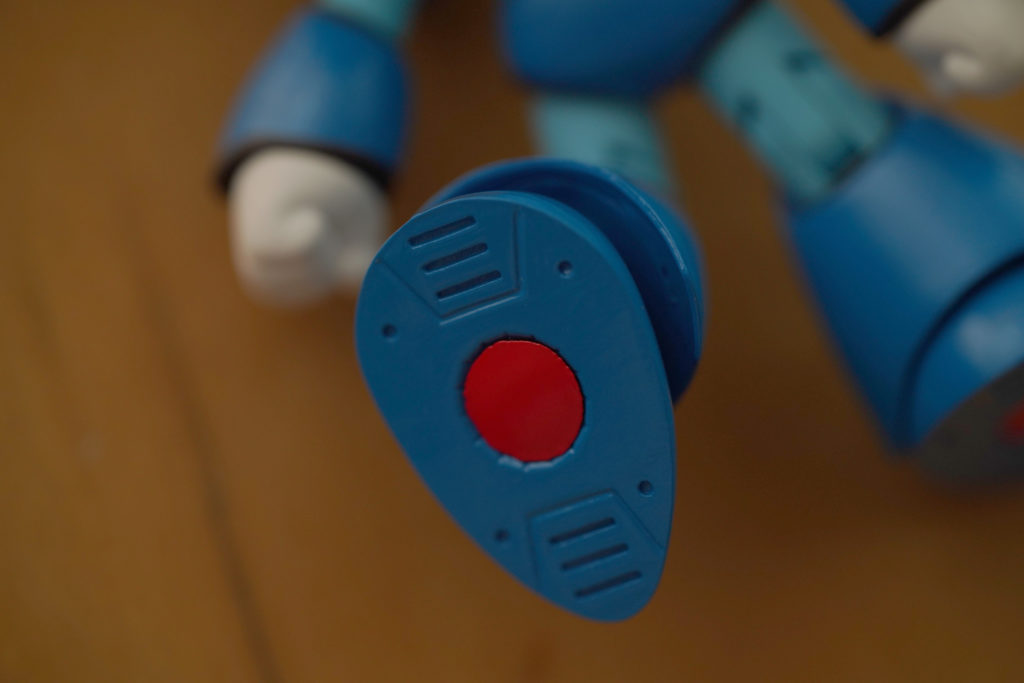 The arms articulation point mainly is through the connecting peg found under the shoulder pad of the figure. This gives more freedom in attaching different arm parts to the body. 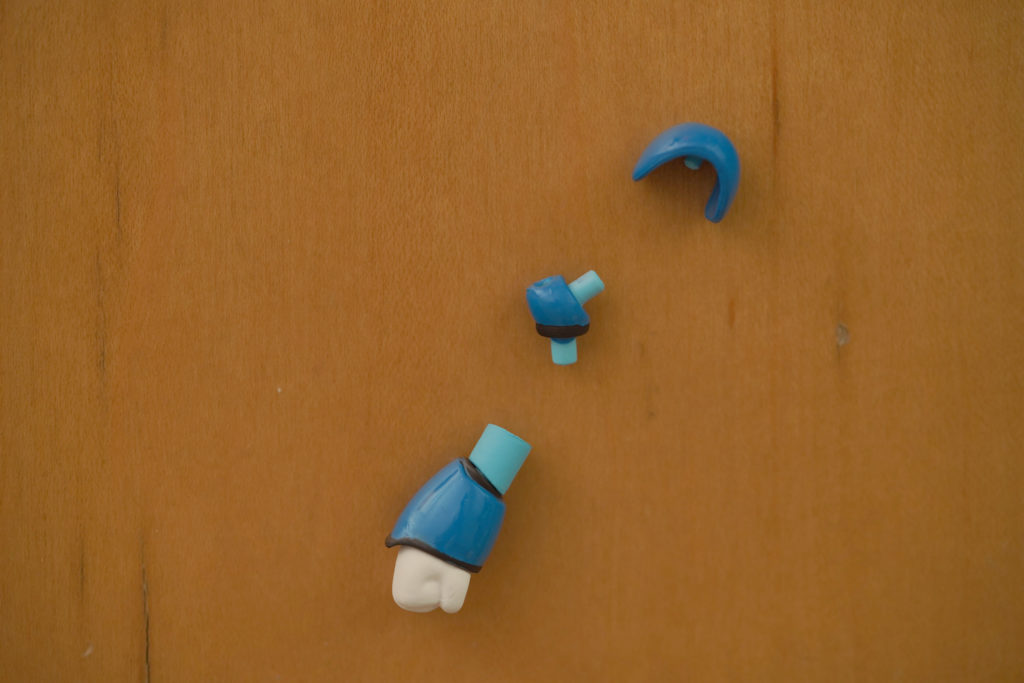 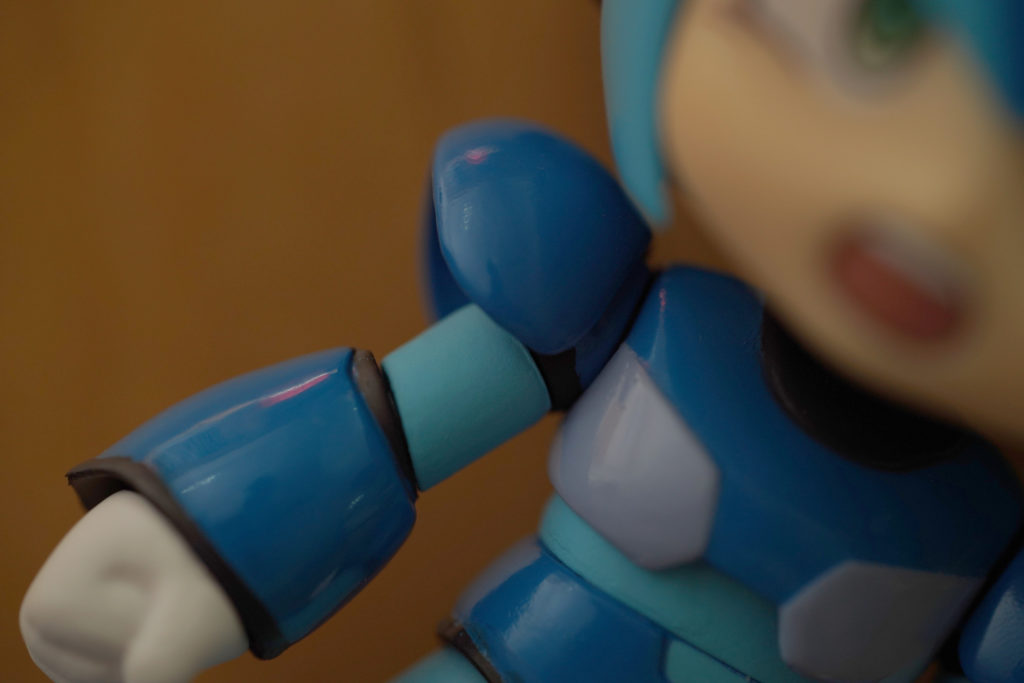 The color finish for the figure has glossy finish and matte finish combined. I really liked how the contrasts of both finish work for this figure. The glossy parts gives the armor a more metallic feel which is apt for the Mega Man X series. 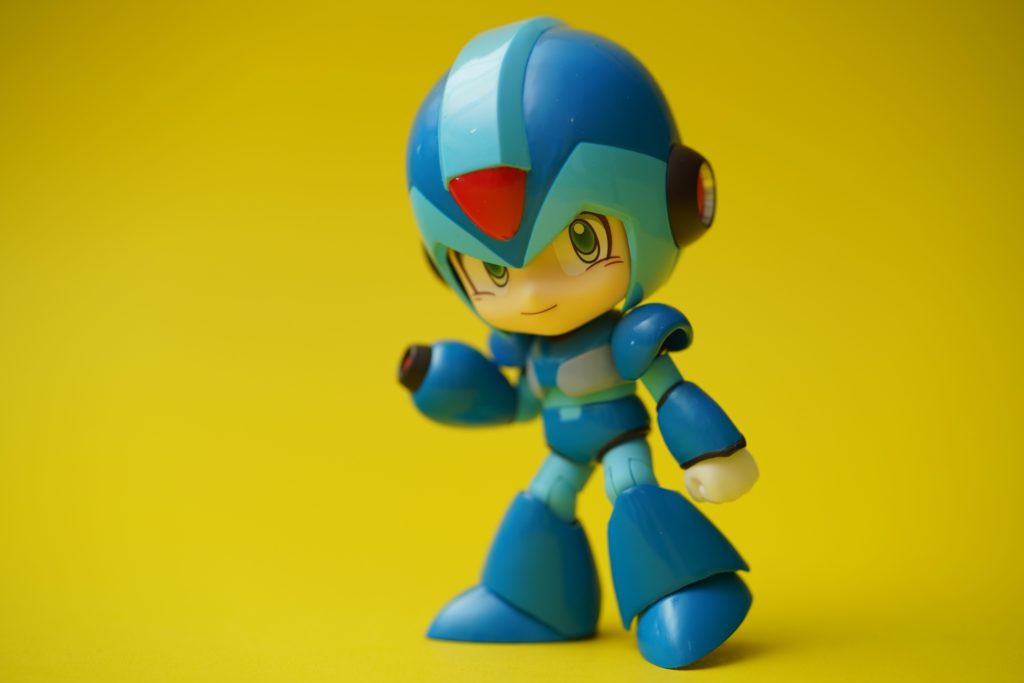 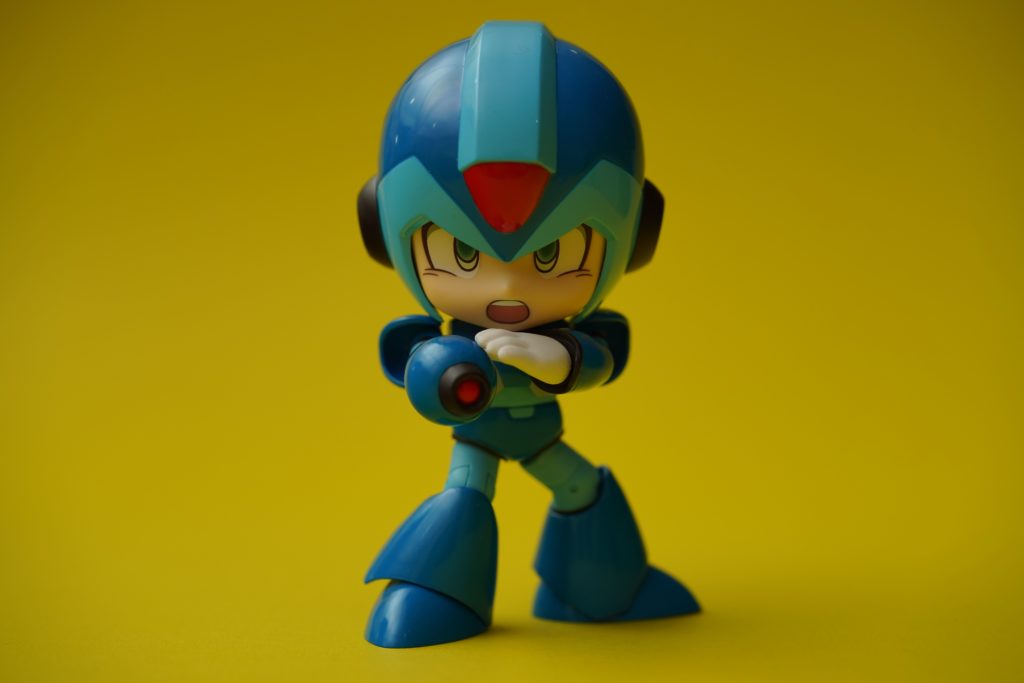 I highly recommend this figure simply because it’s really worth its price. GSC did a really good job in creating this figure from it’s articulation and paint app finish.

You can get your own set when you order through Amiami or you can check your local specialty toy stores. 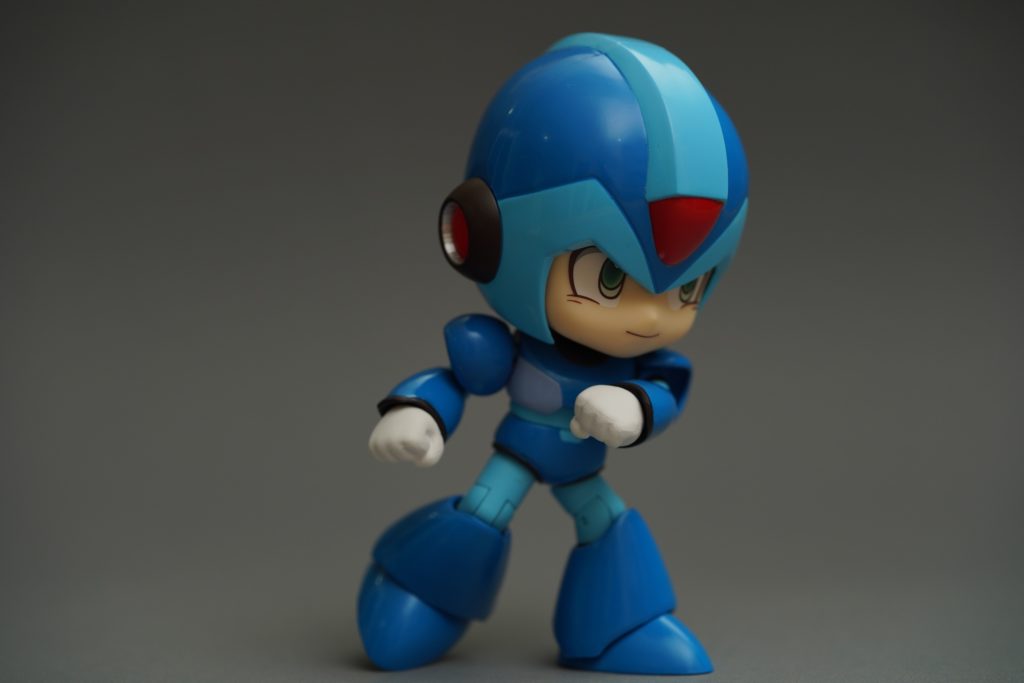 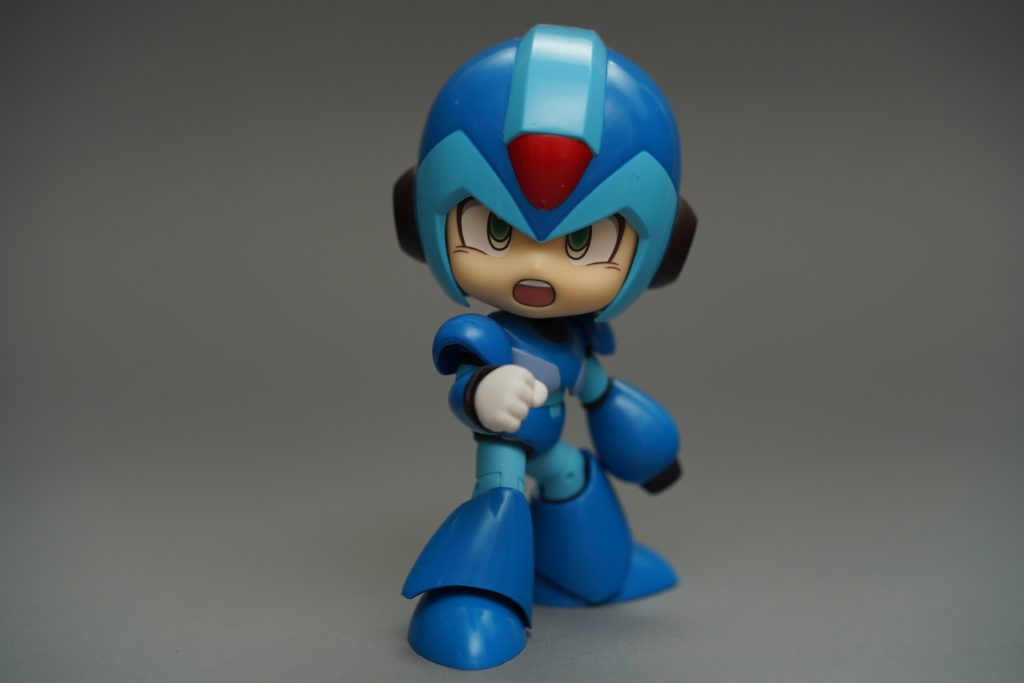 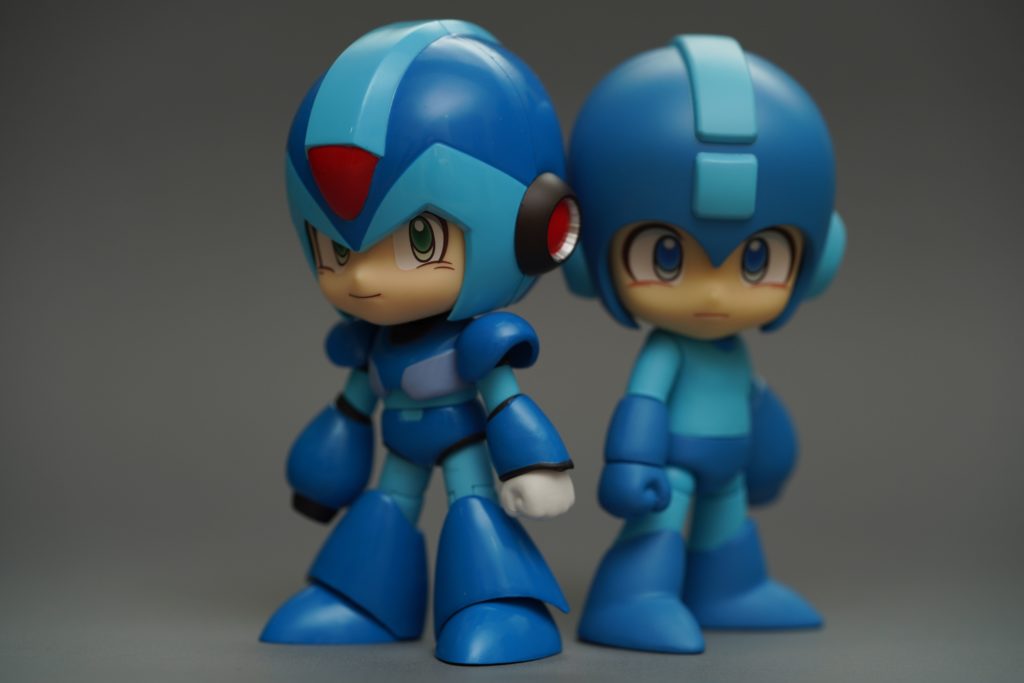 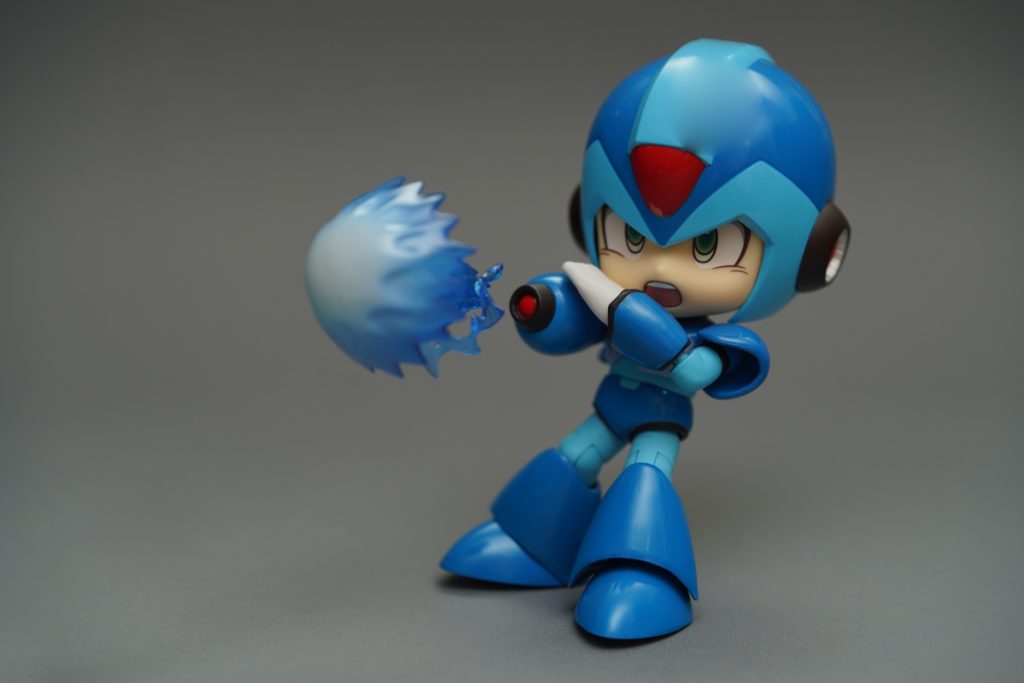 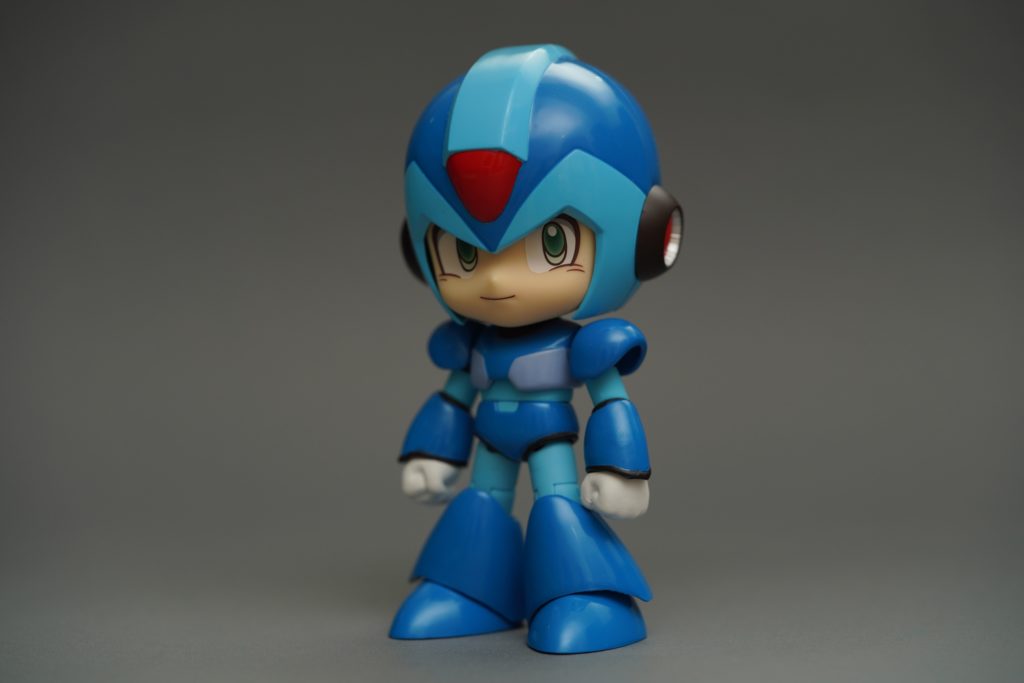 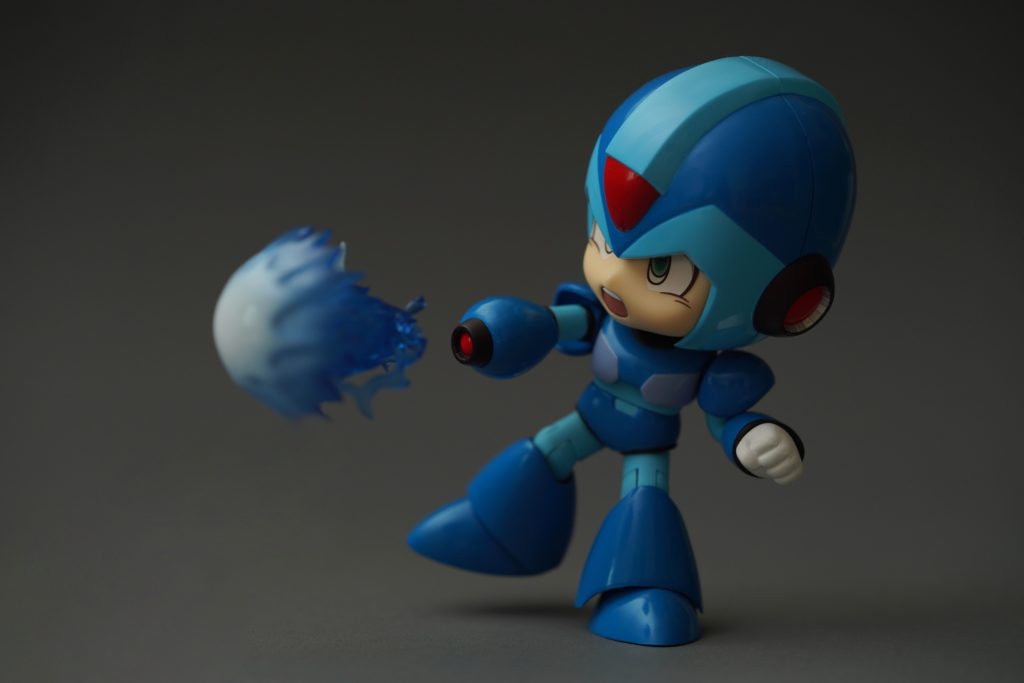 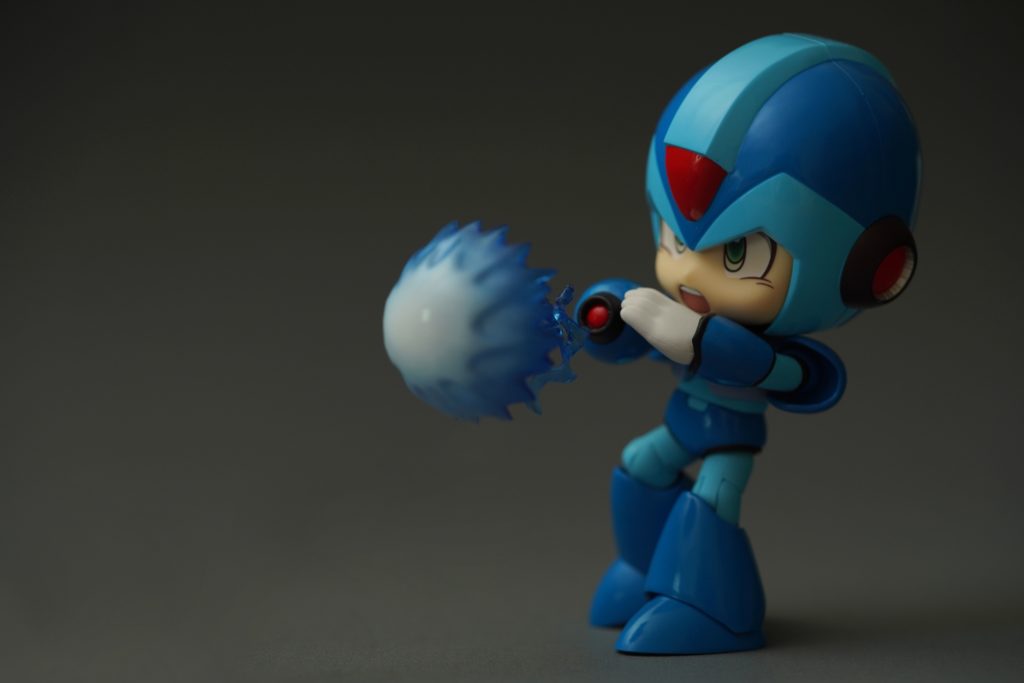 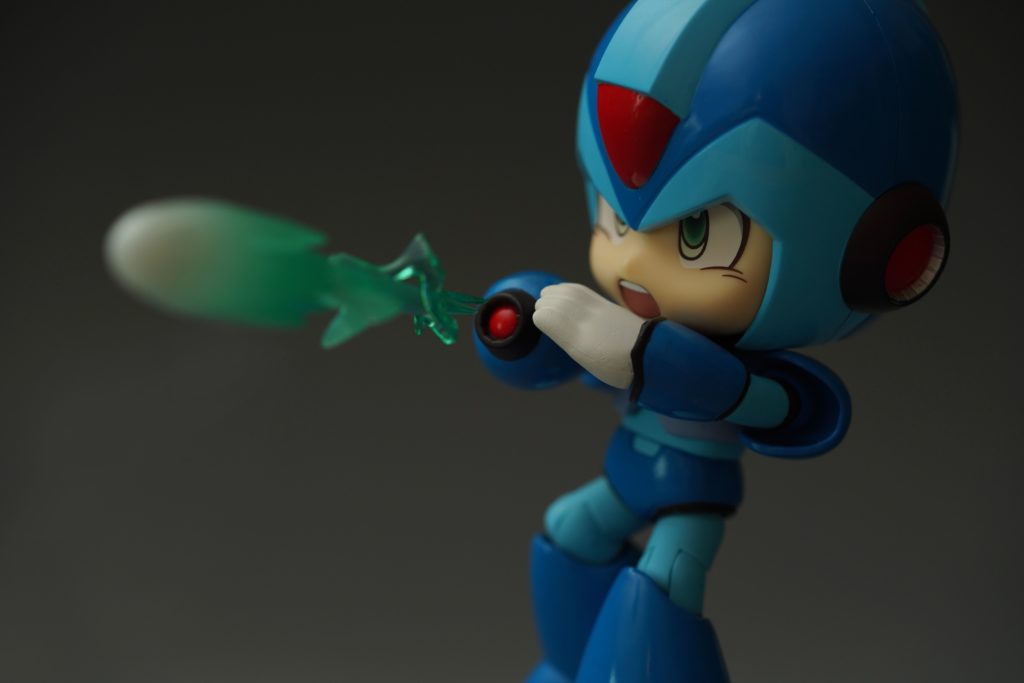 The Mega Man X Full Armor suit is full compatible with the Mega Man X figure. Imagine recreating the scenes where you get to collect the upgrades one by one – just like in the game. 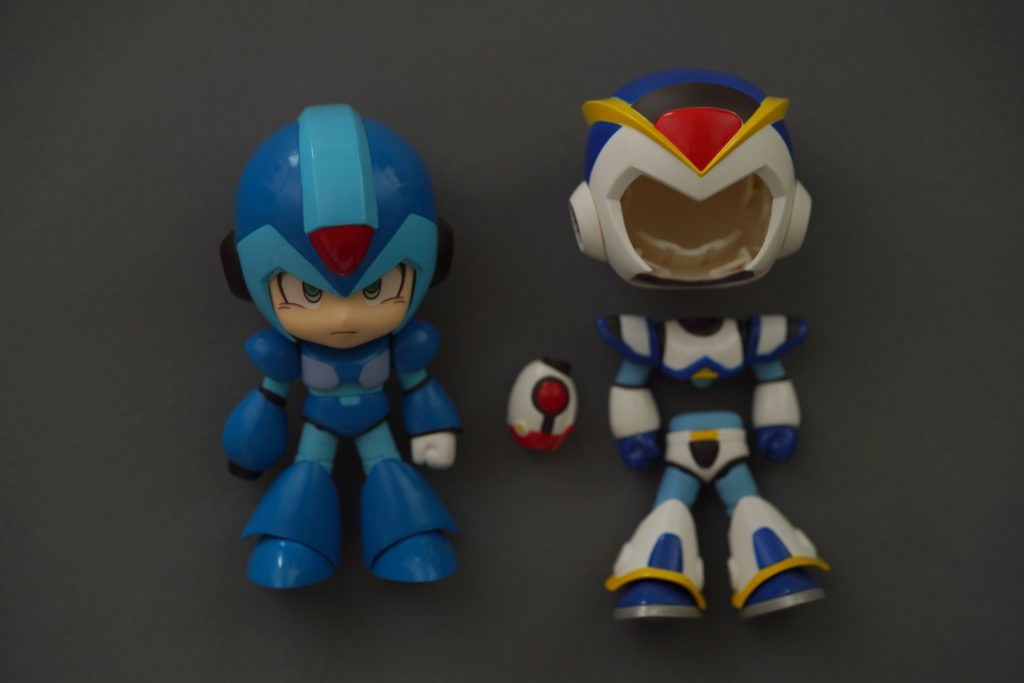