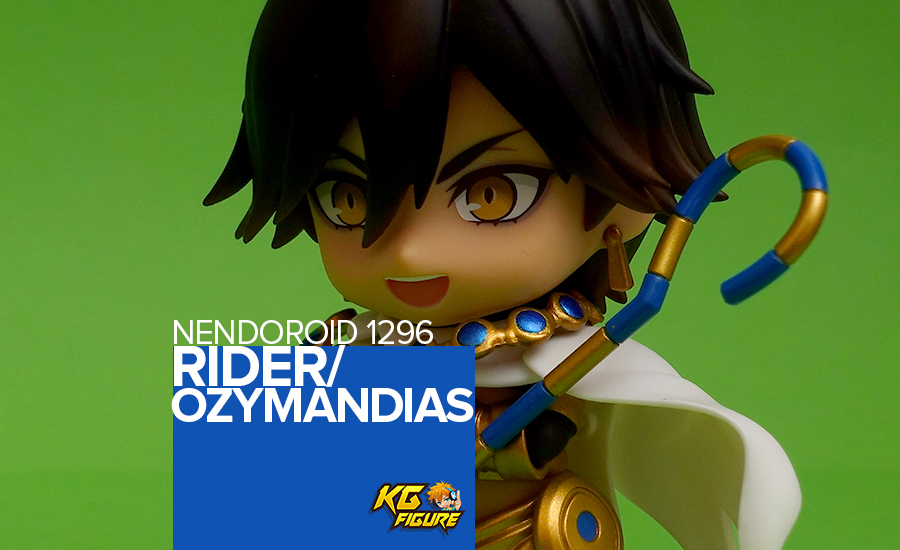 Ozymandias is described to be a man who had eyes like the sun wrapped in a presence of a king – he’s also one of the many playable characters in the mobile game, Fate/Grand Order. The Fate/Grand Order game is a high-selling mobile game that even became a hit on Twitter last 2018 and 2019, that’s the main reason why we got characters from this game turned into Nendoroid figures!

The Ozymandias’ box design is very simple, the main color is black but the text resembles the main color palette of Ozymandias – mostly blue and gold. The figure that we will be reviewing is the Ascension Version which we’ll discuss more through out this review. 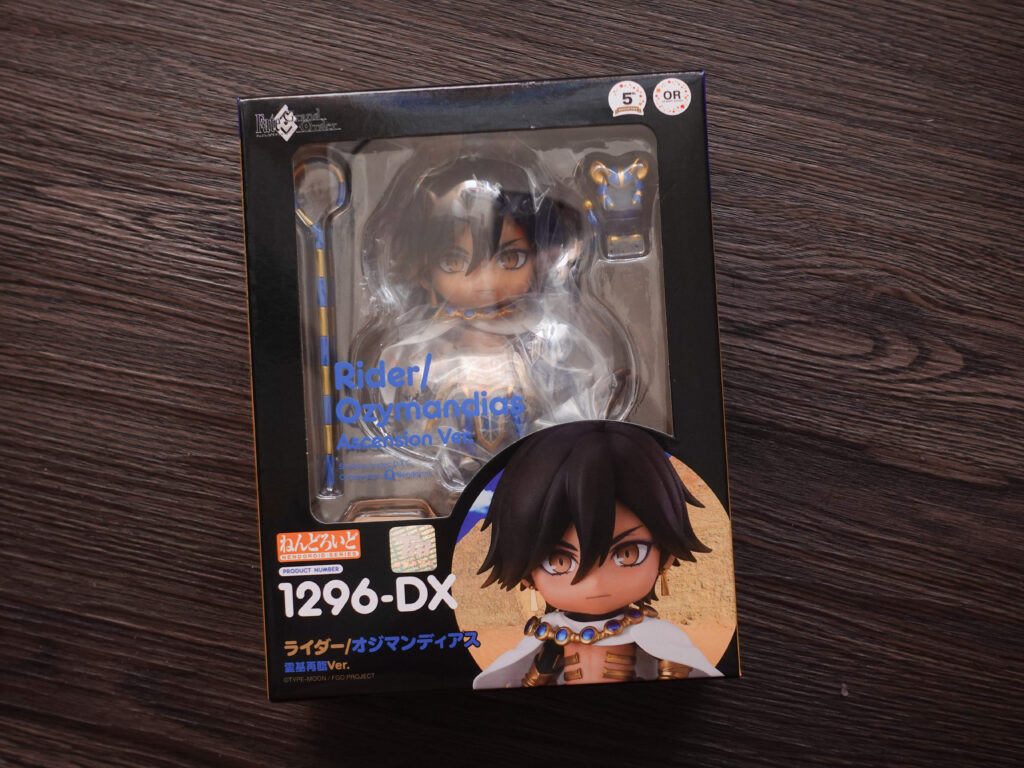 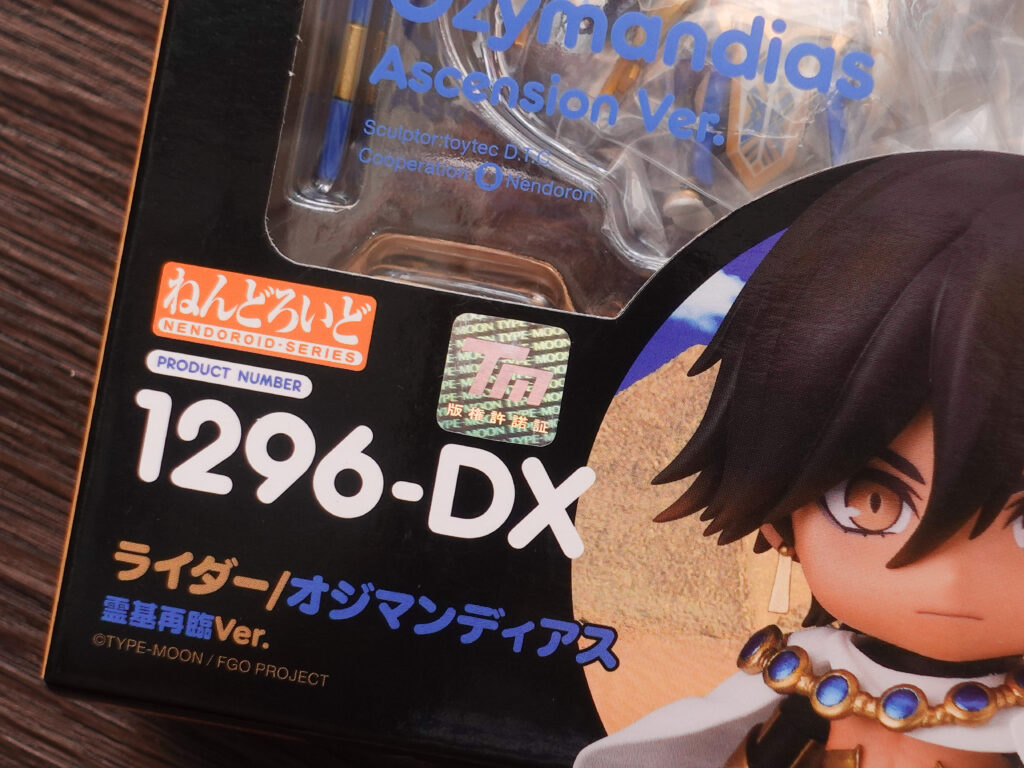 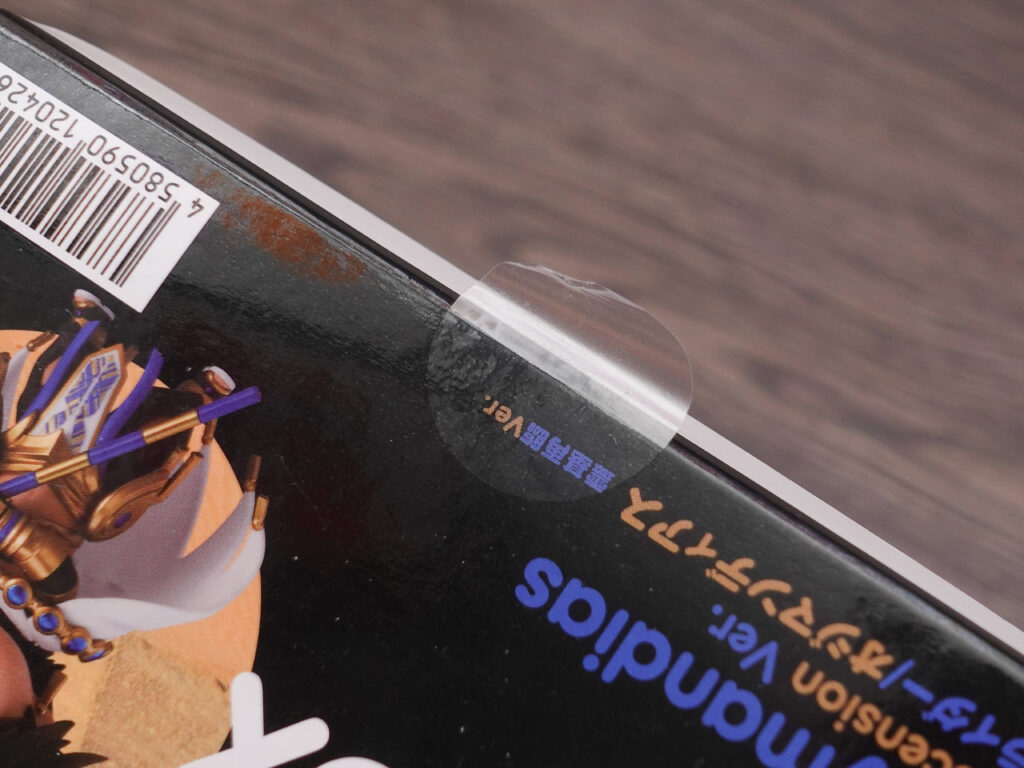 The figure really resembles Ozymandias from the game – although in its chibi form – The Good Smile Company still managed to accurately emulate the character’s look and feel. 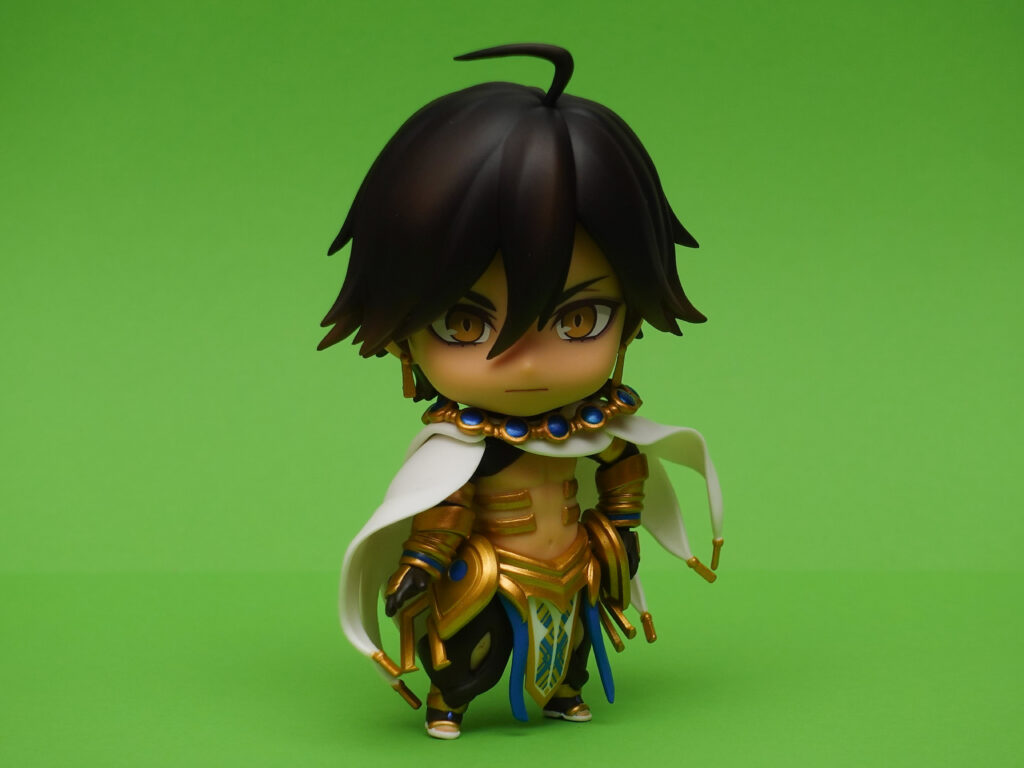 The Ascension set of the Ozymandias figure includes more accessories compared to the standard set. The accessories include two additional faceplates, an alternative hair part, alternative hand parts, the Eye of Horus, Sphinx Awlad, his staff and parts for his second form which includes the different styles of clothing. The set also includes the standard Nendoroid base and a figure stand – the figure stand has a longer connector to fit his cape. 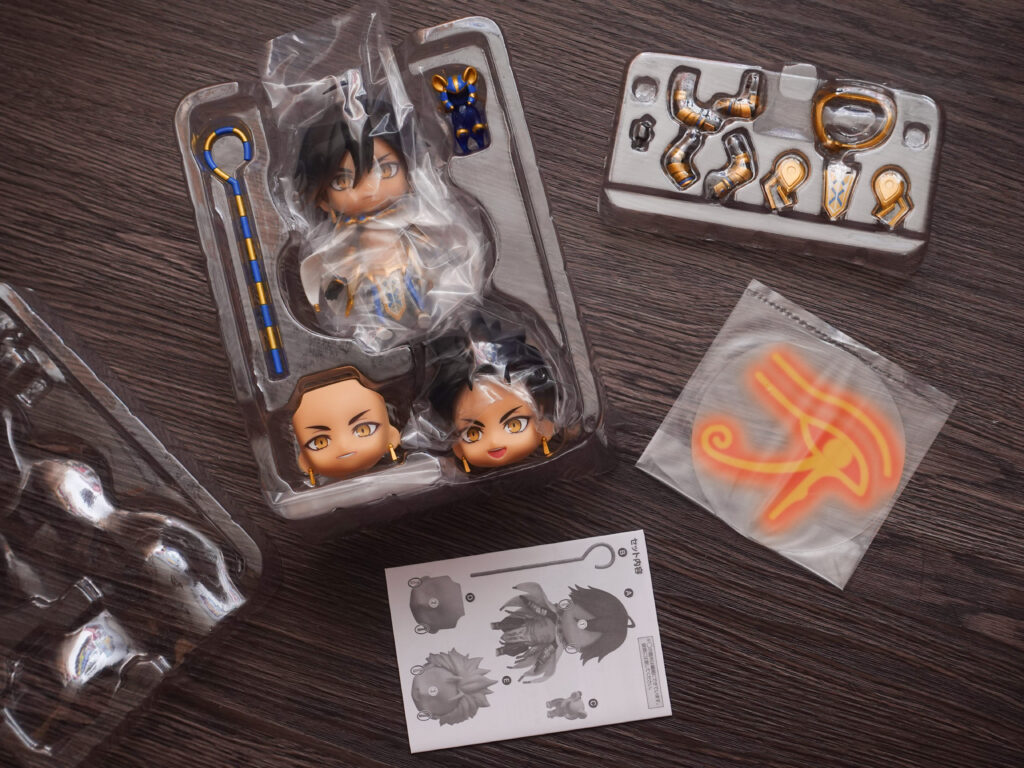 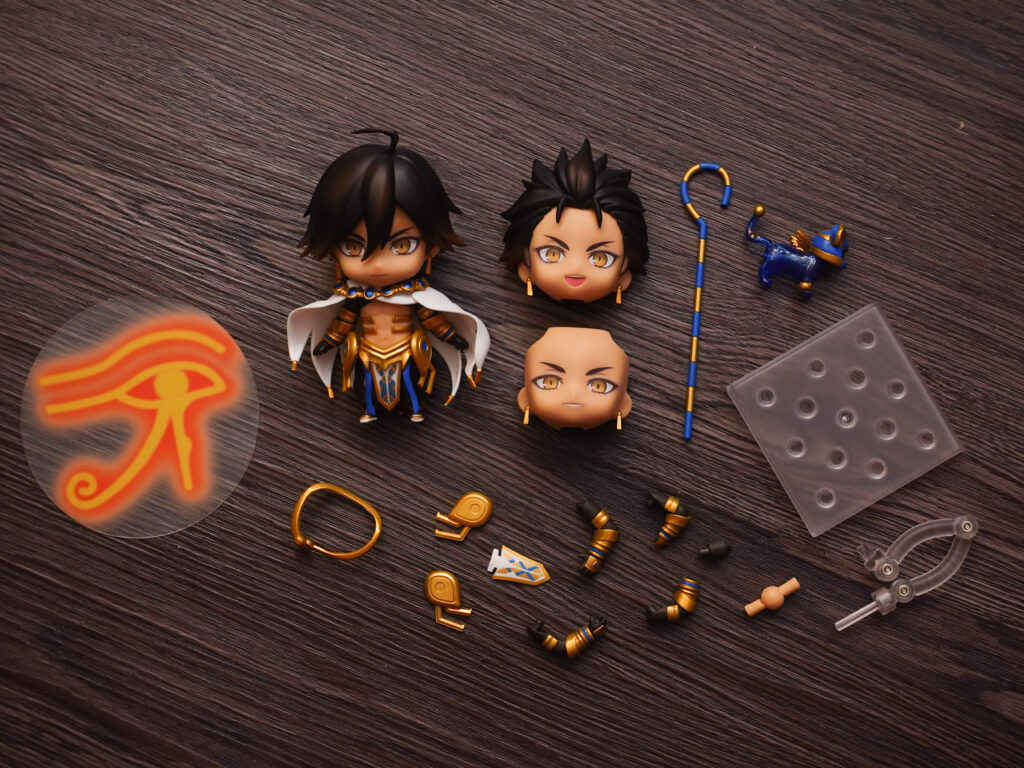 The Eye of Horus is located at the back of the cardboard – be sure to check it out as I’ve also missed it at first! 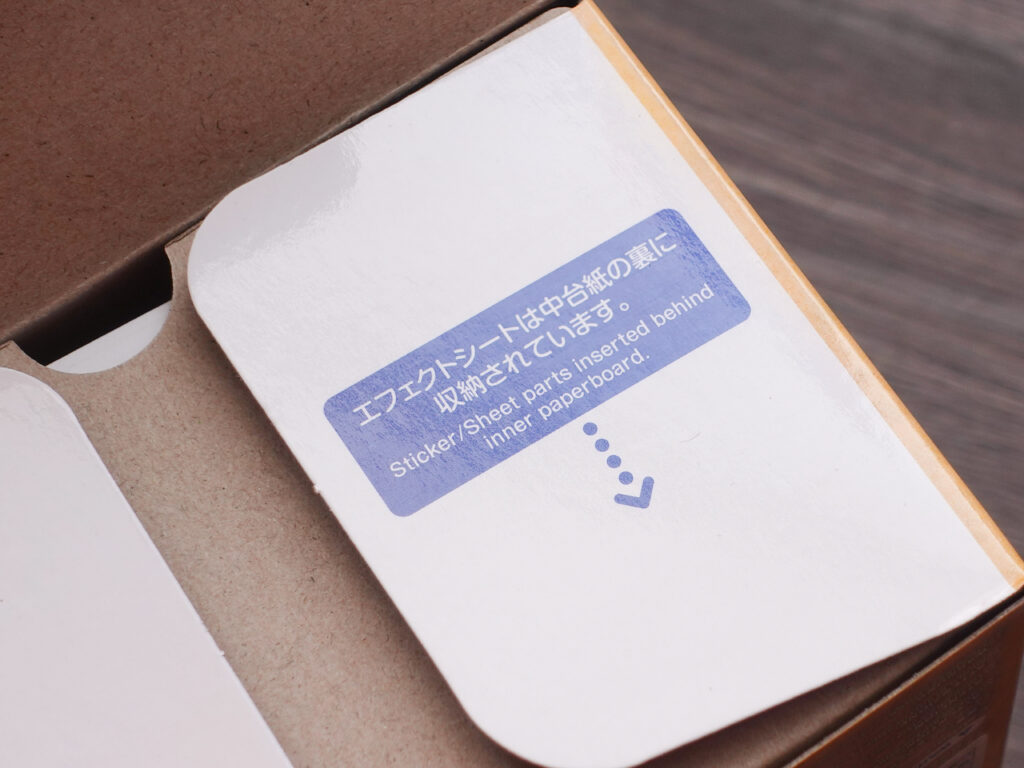 This Ozymandias can do the three forms of the character which is very game accurate – you can turn him from his first stage form down to his third stage form. The Standard set can only feature Ozymandias in his thrid stage form – getting the Ascension version gives you two additional looks – which is a good bang for the buck! 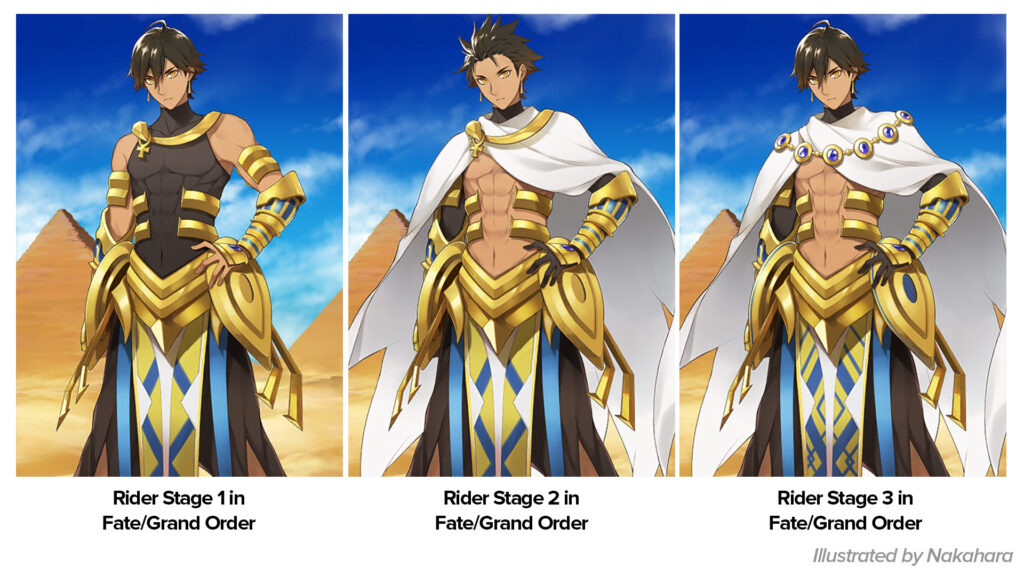 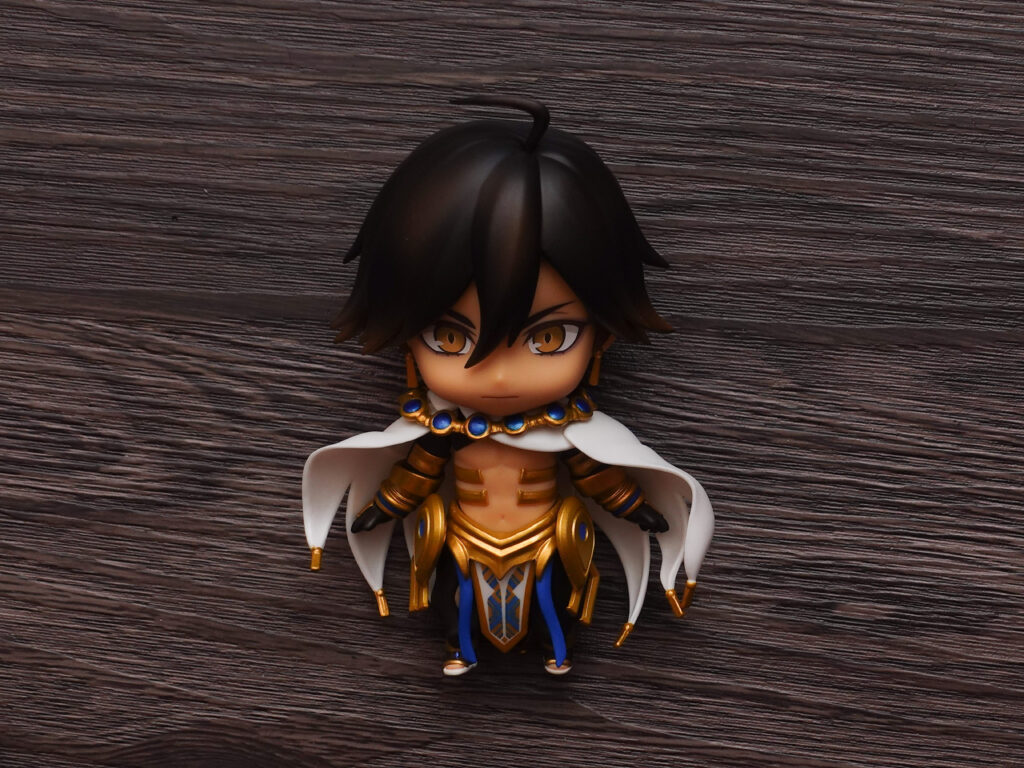 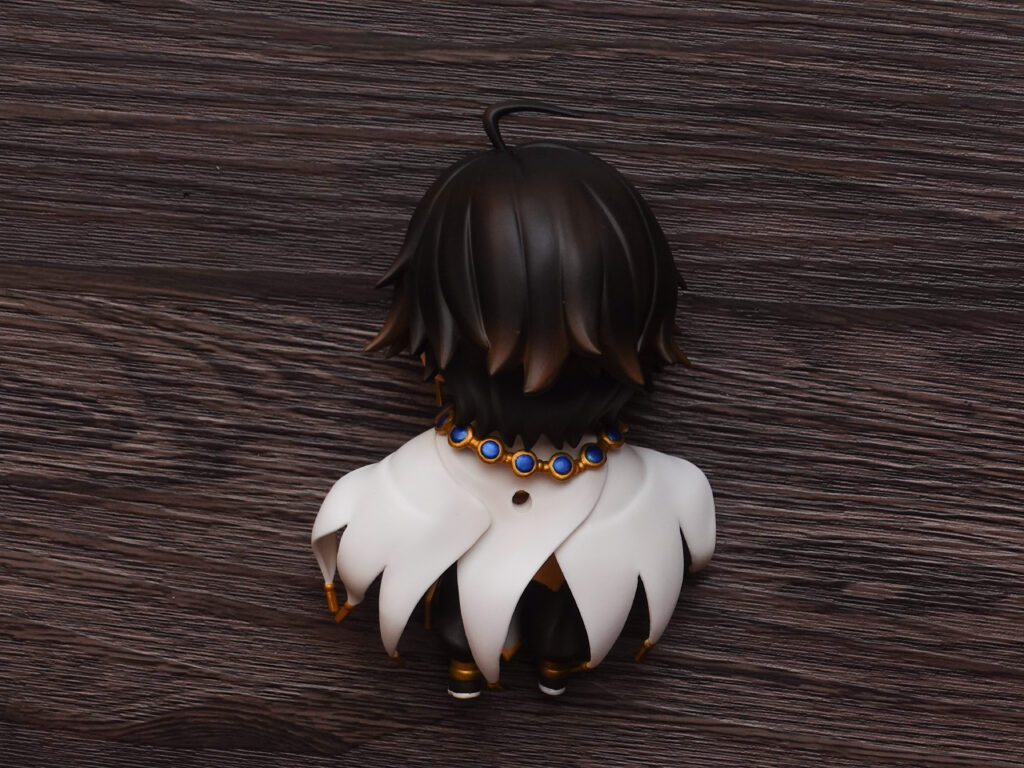 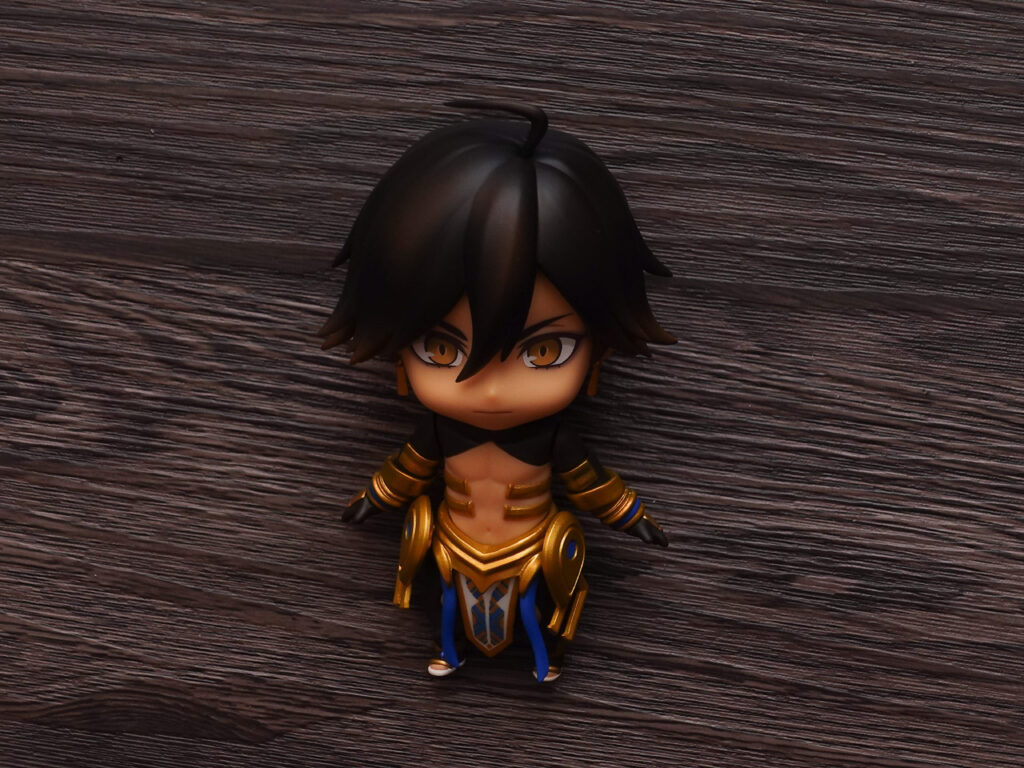 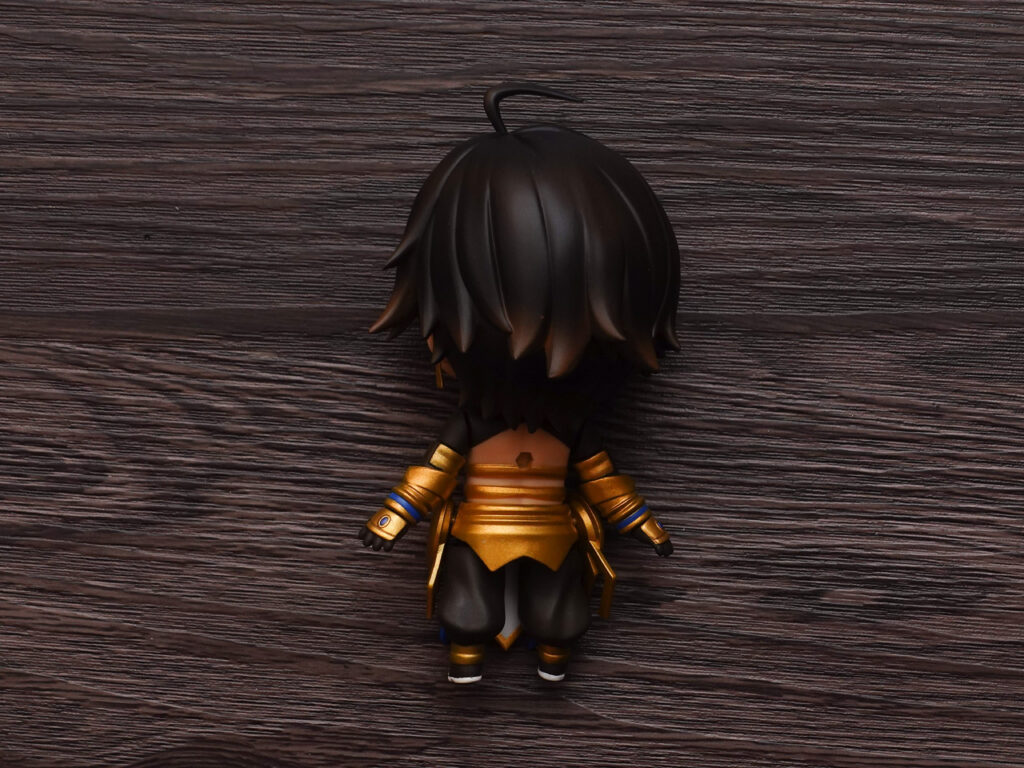 The parts are mostly interchangeable similar to how most of the Nendoroids figures are built – parts are interchangeable posed parts. The good thing about this figure is that you can also take out the cape if you want – but since the cape was nicely made – most of my photos are with the cape – it gives a more regal feel to Ozymandias. 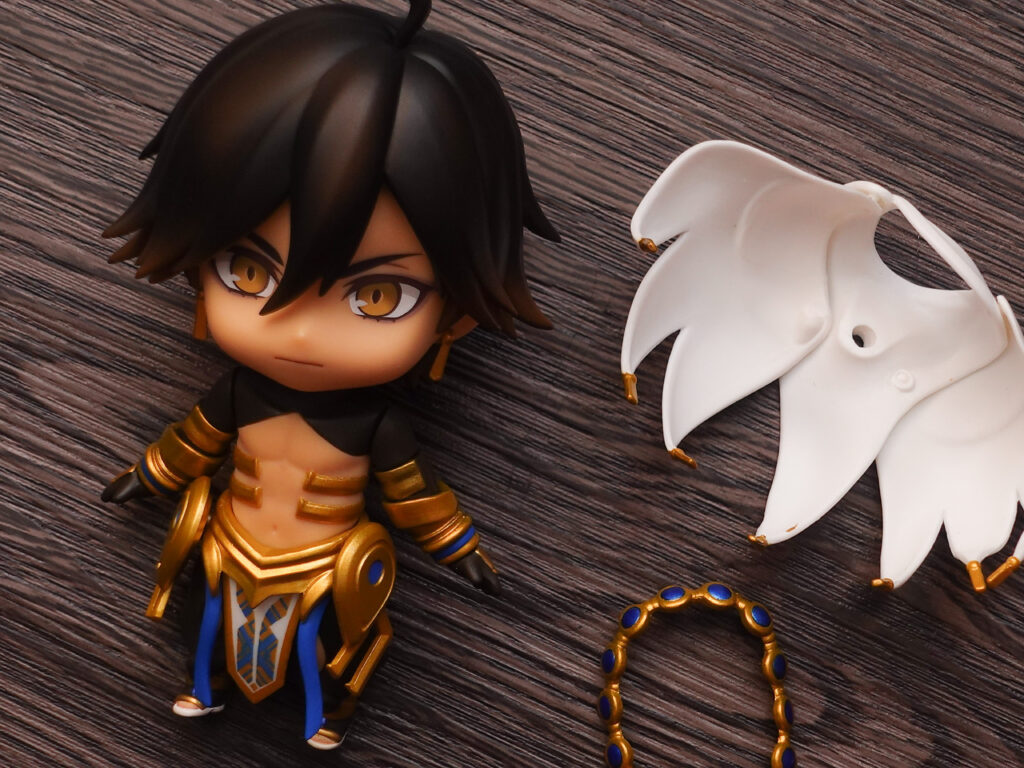 What I really liked about this set is how they colored the parts, especially the paint application for the gold parts. It really has a shine to it as if it’s really gold! 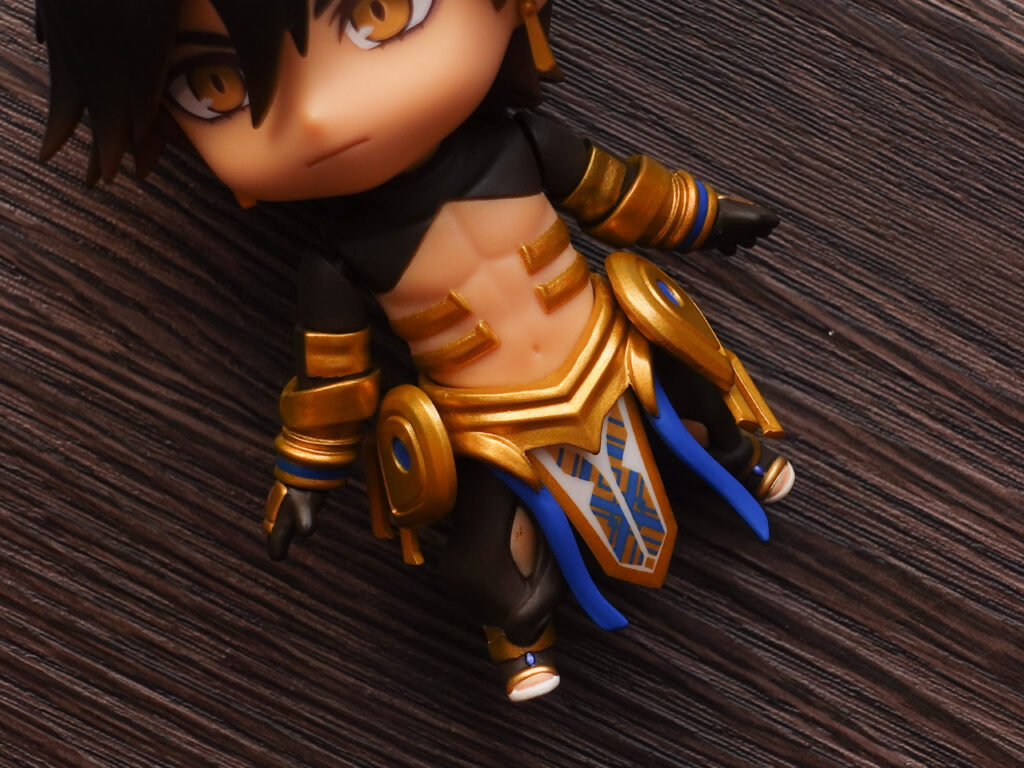 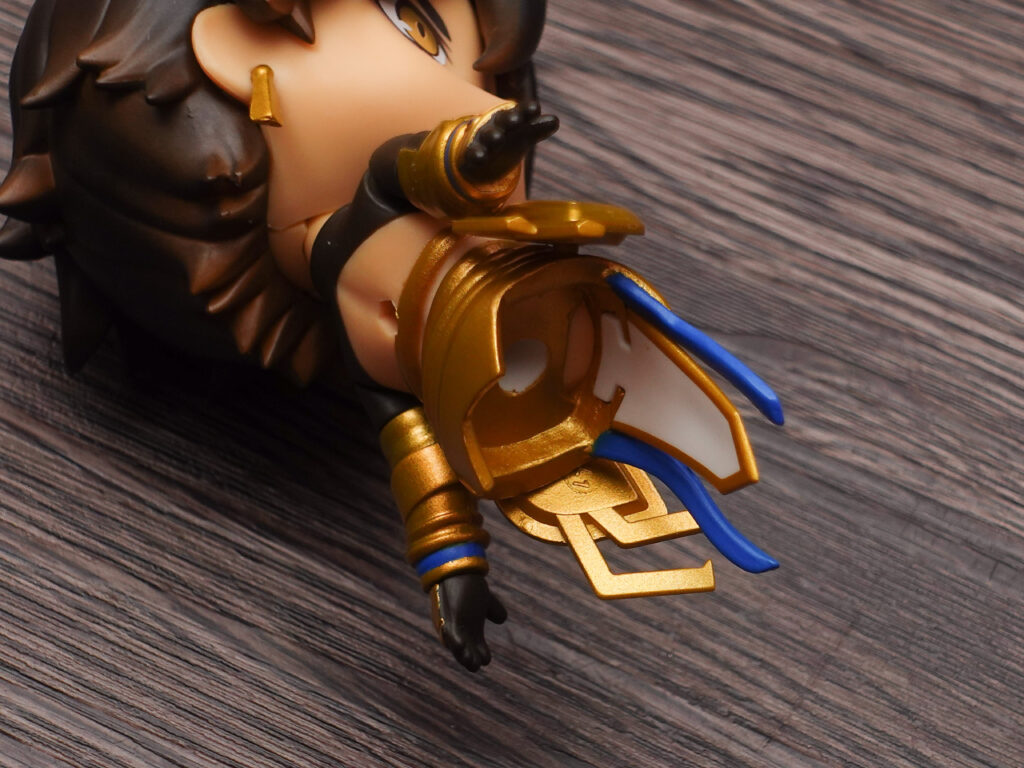 The skirt details from the Stage 2 form are quite different from the Stage 3 form – the blues are more prominent in most parts such as the hip cover and the print of the front skirt. 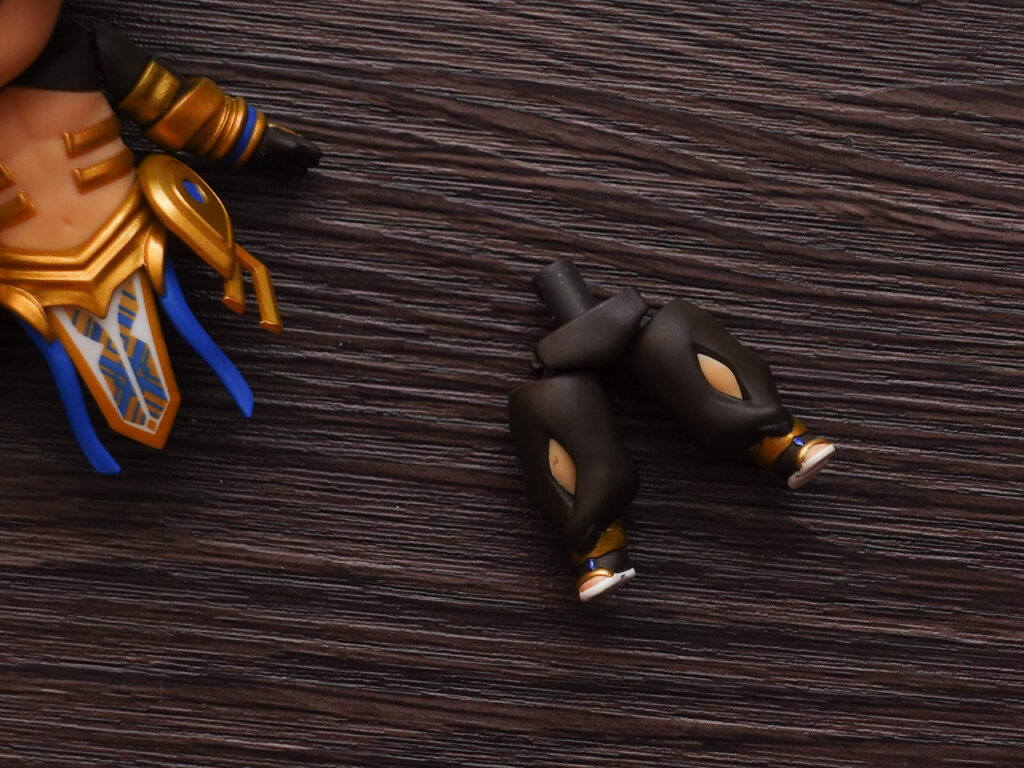 The faceplates included in the set have its default form, its smiling form, and the confident grin form. The alternative hairpiece is also different from the default one as the Ascension version includes the brushed-up hair for its Stage 2 form. 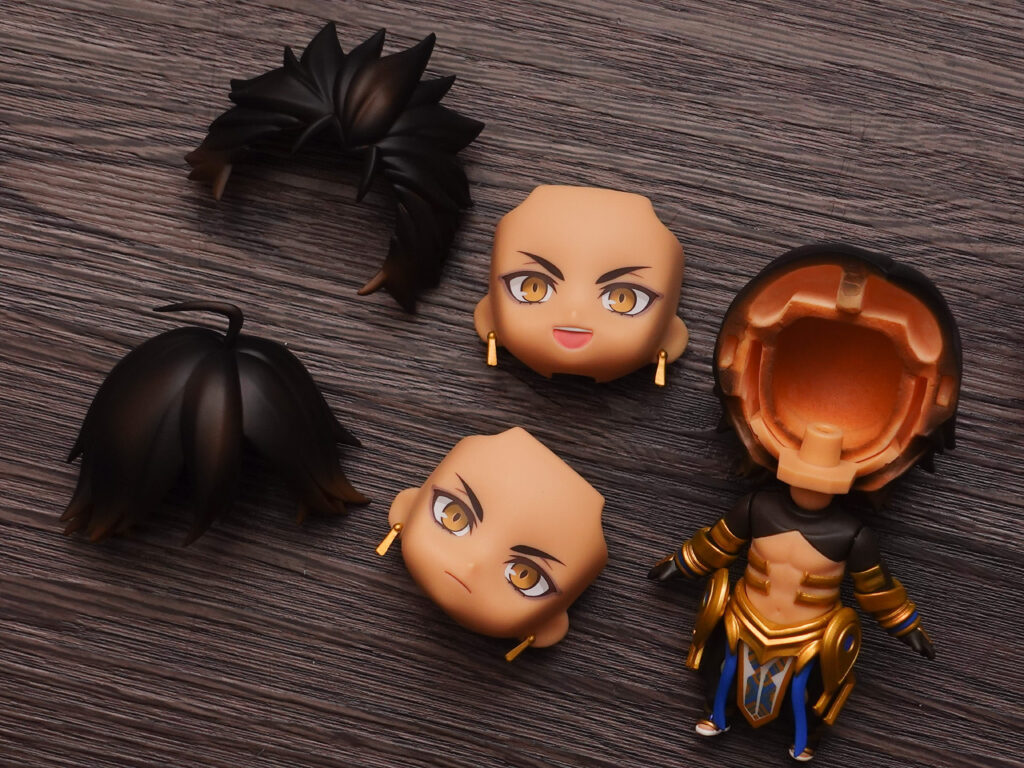 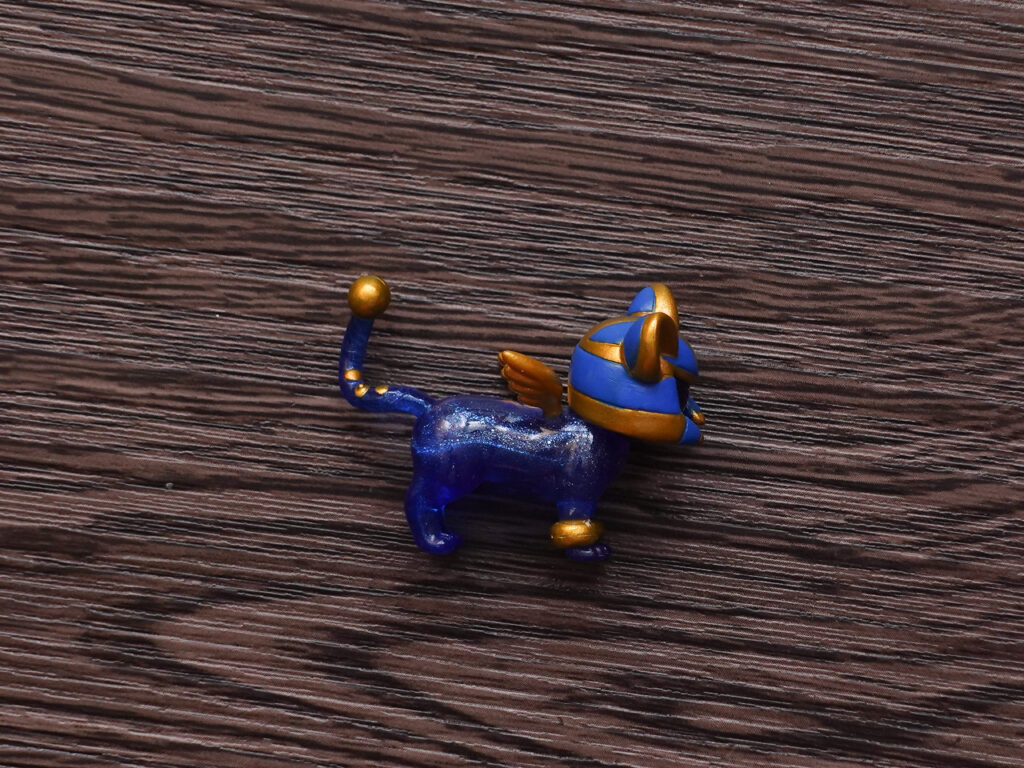 I have personally not played the Fate/Grand Order game yet, but upon seeing this Ozymandias figure – I highly recommend that the fans of the game really add this to their collection. He still retains his regalness even in cuter form and it’s really nice to have as a figure! 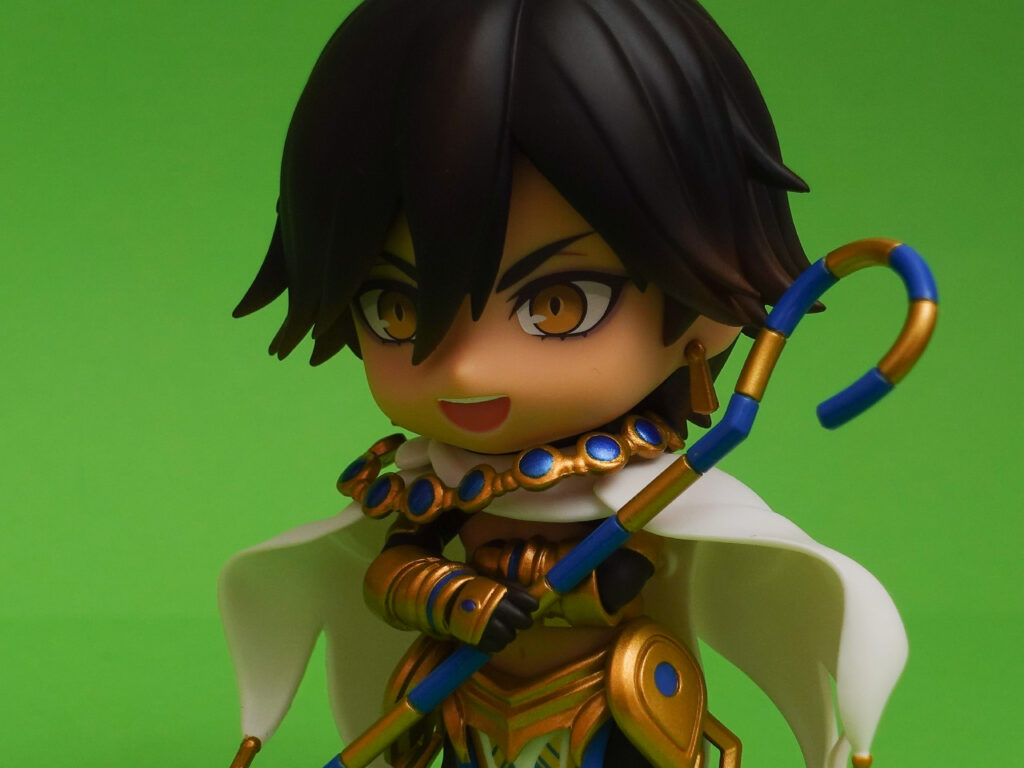 If you want to order your own Fate/Grand Order Ozyamandias Ascension Version Nendoroid figure, check out KG Figures! There are also some pre-order figures listed on their page, so go check them out! 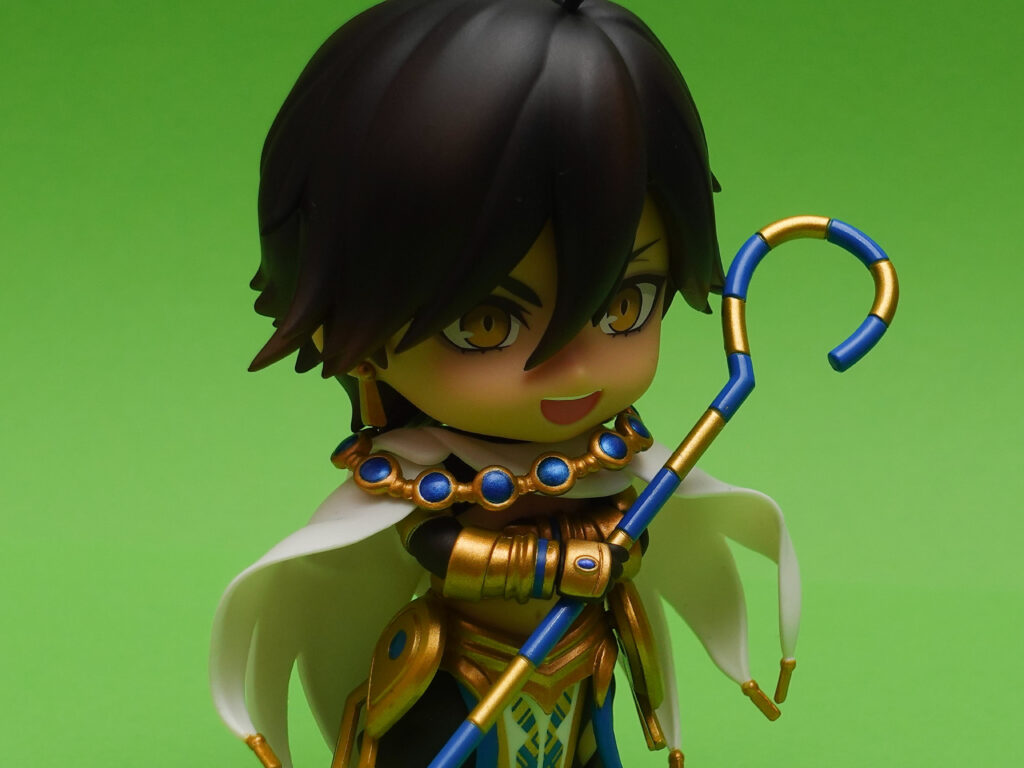 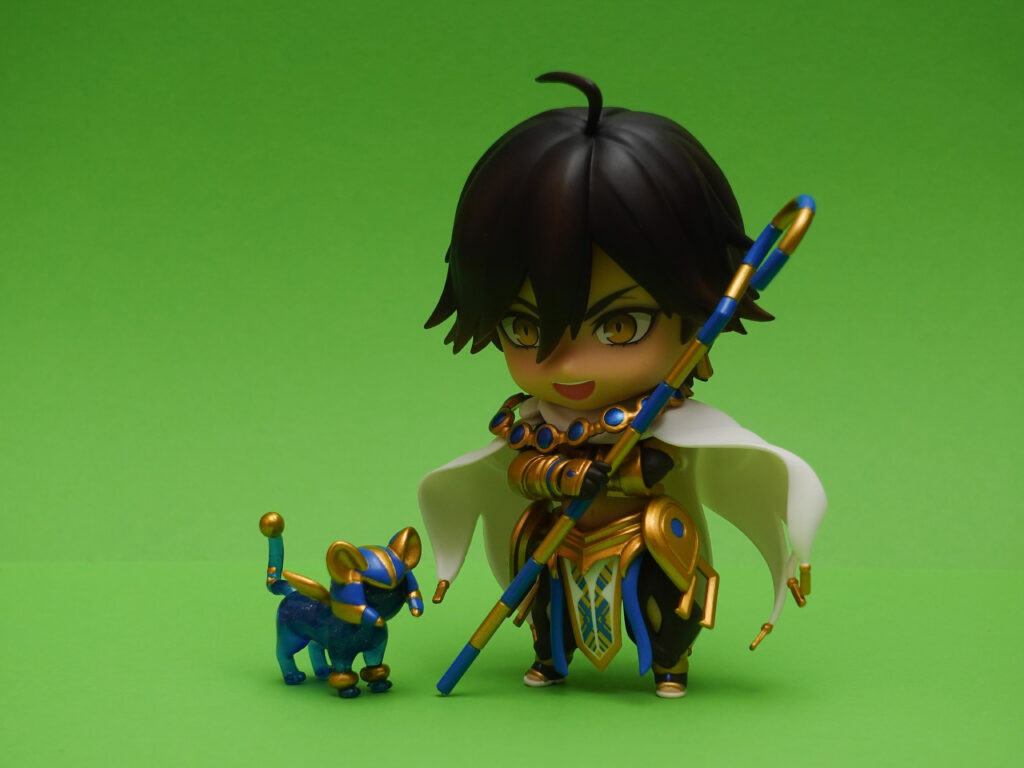 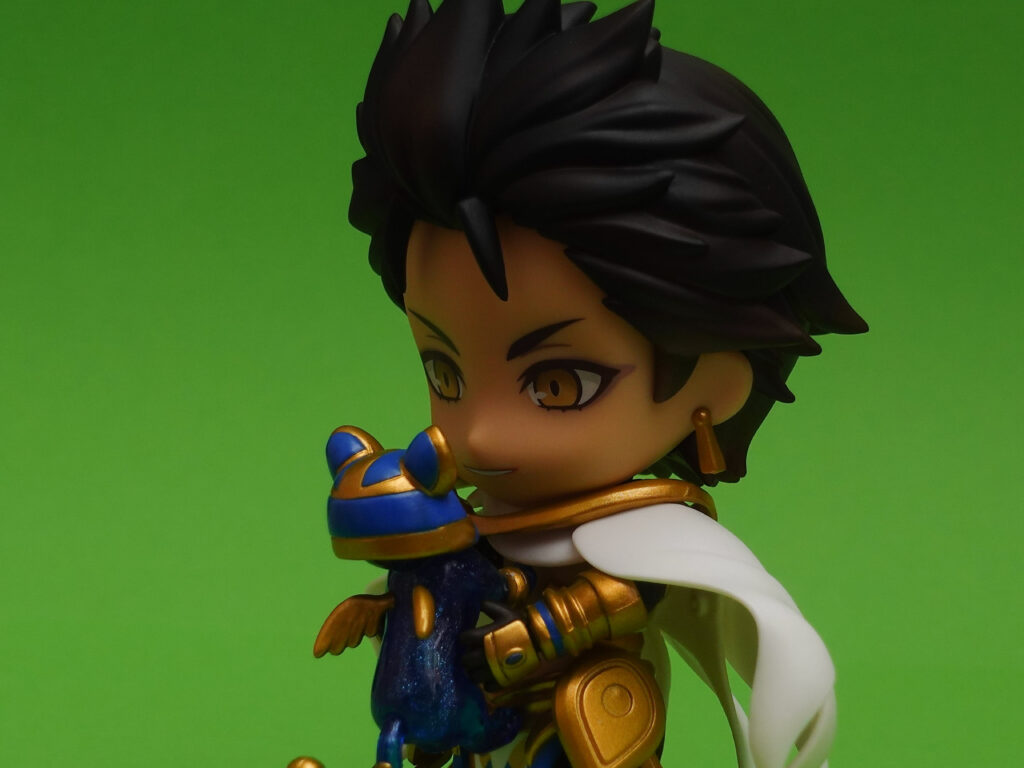 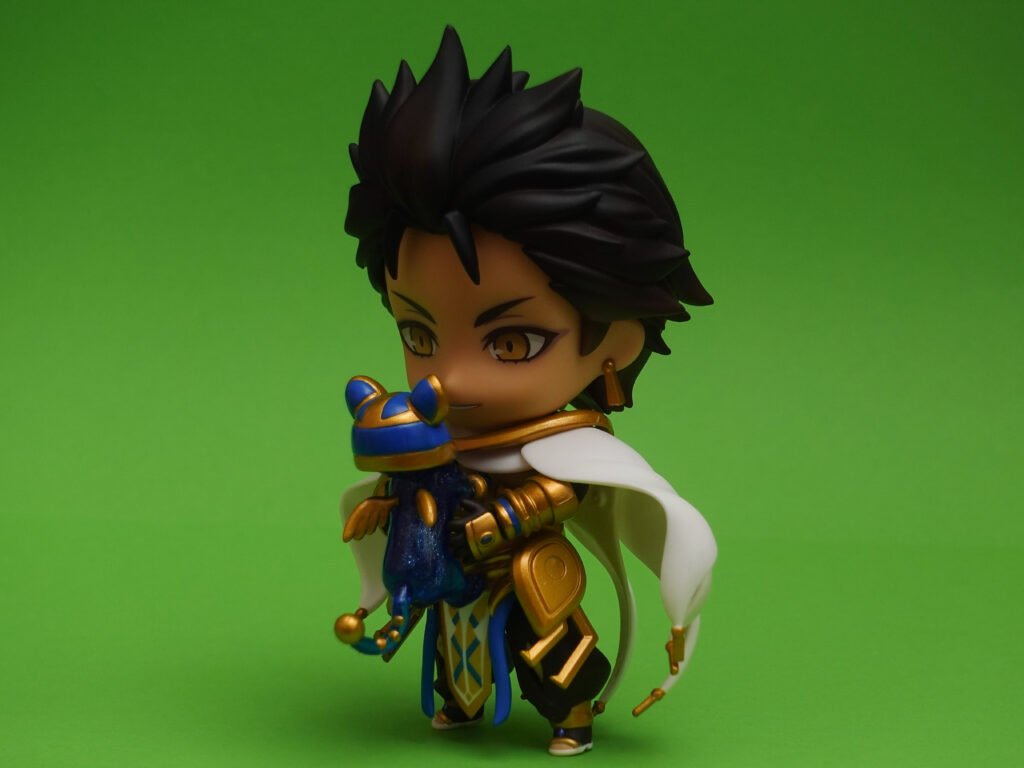 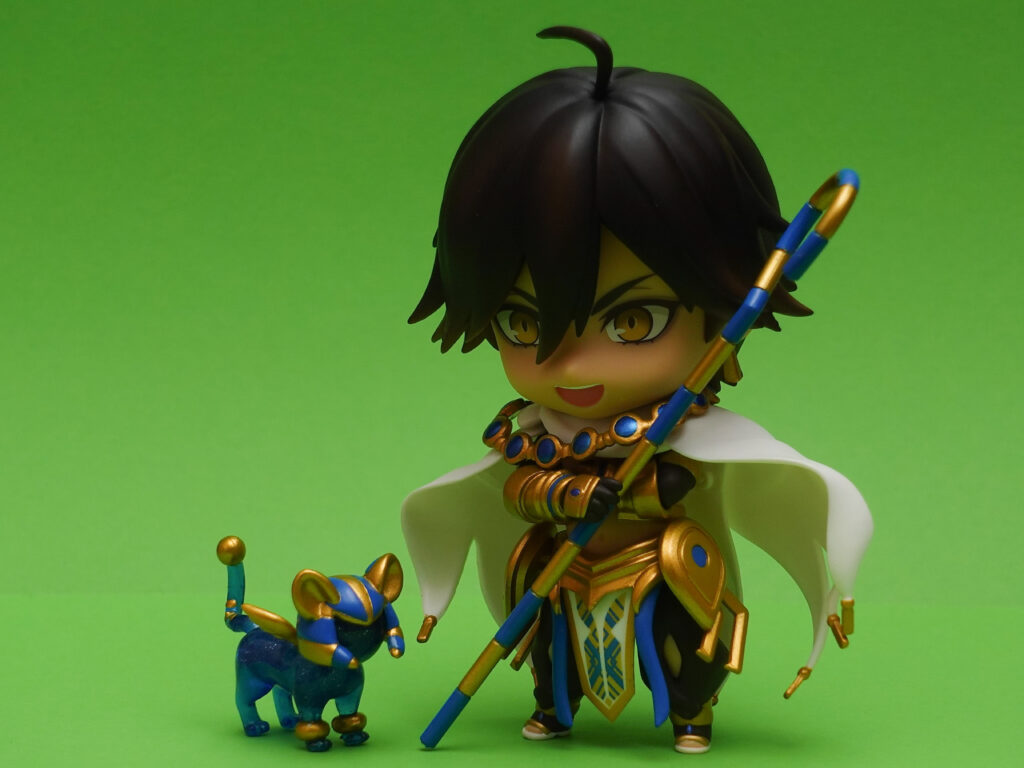 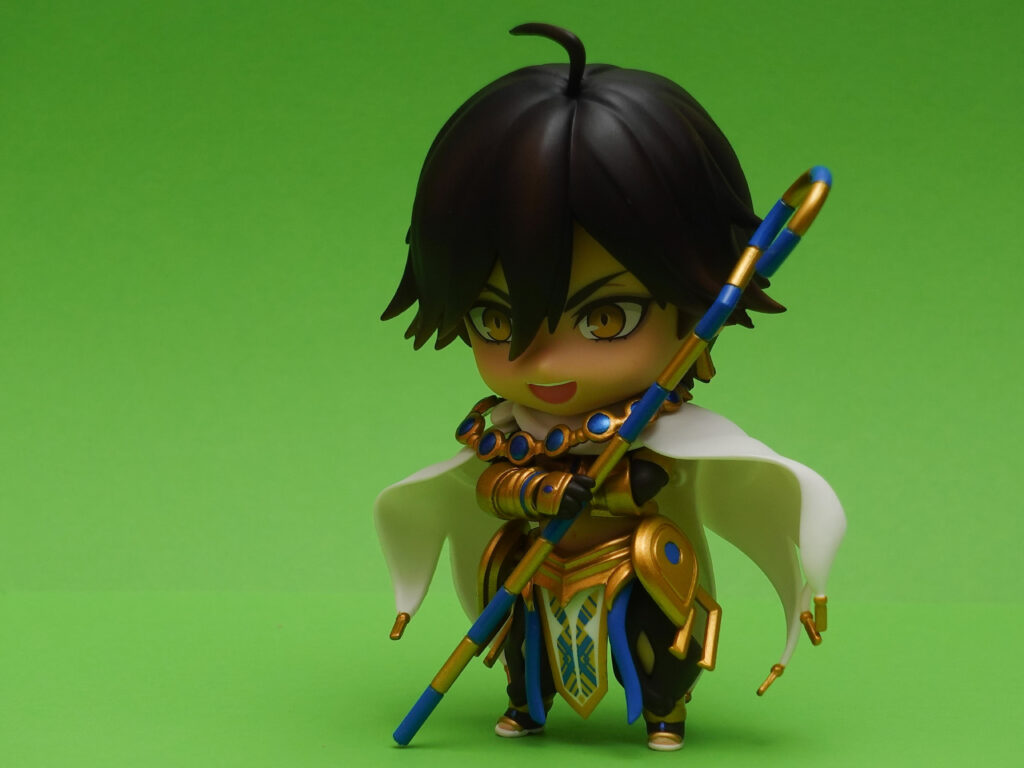