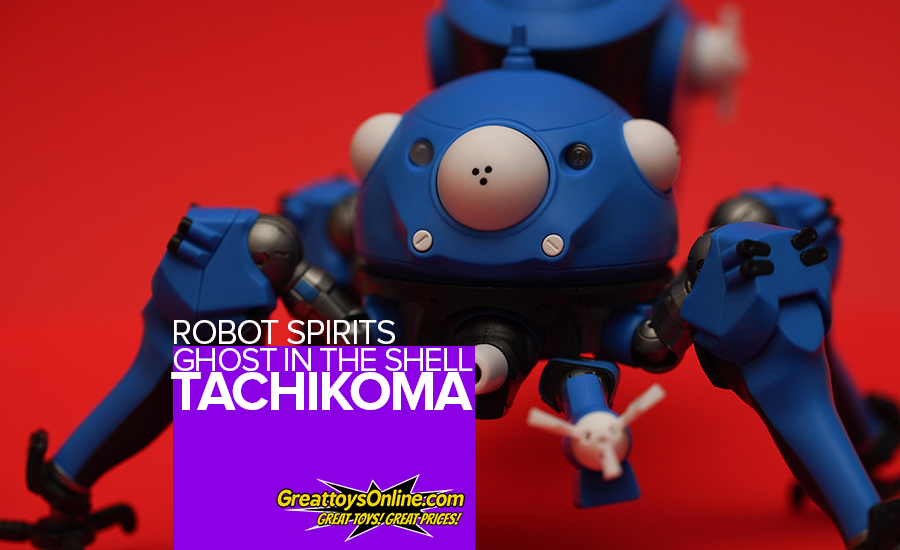 Did you remember watching quality anime series on AXN during the 90’s? Well, I do and this next figure review is from a familiar anime series. Does Ghost In a Shell bring back nostalgic memories for you? I remembered waiting for the OVA when this first came out. The mecha that I’ll be doing a figure review for is Tachikoma – an AI walker or a roller tank that can also be used as a combat vehicle.

The Tachikoma figure that I’ll be reviewing is the redesigned mecha for the Ghost in a Shell SAC 2045, as the series name suggests this was set in the year 2045. Huge thanks to GreatToys Online for this amazing figure! To see more figures up for sale, you may visit their stores, their new e-commerce website, and even their social media sites.

The box for this figure is fairly small mainly because the mecha itself is compact. The design gives you a hint of what Tachikoma can do – the artwork suggests the two forms that you can change it into. 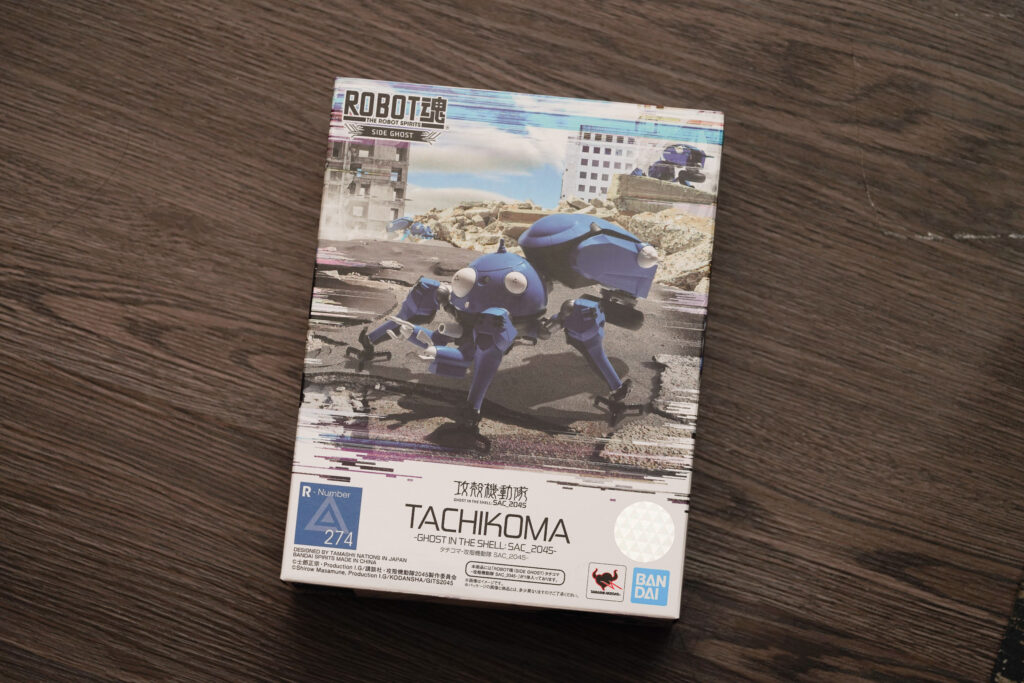 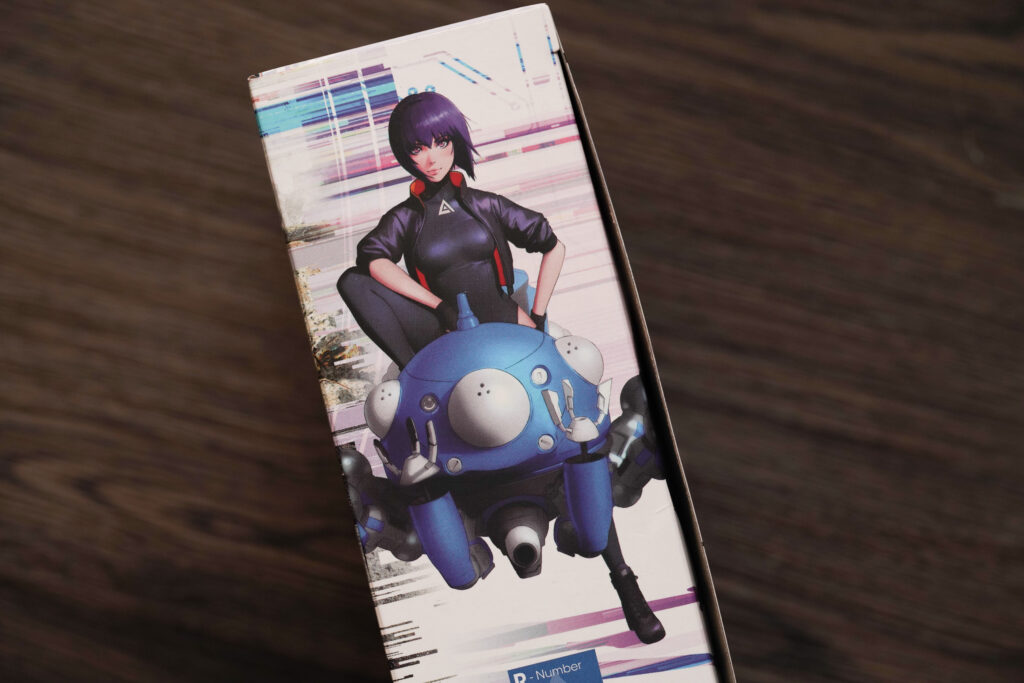 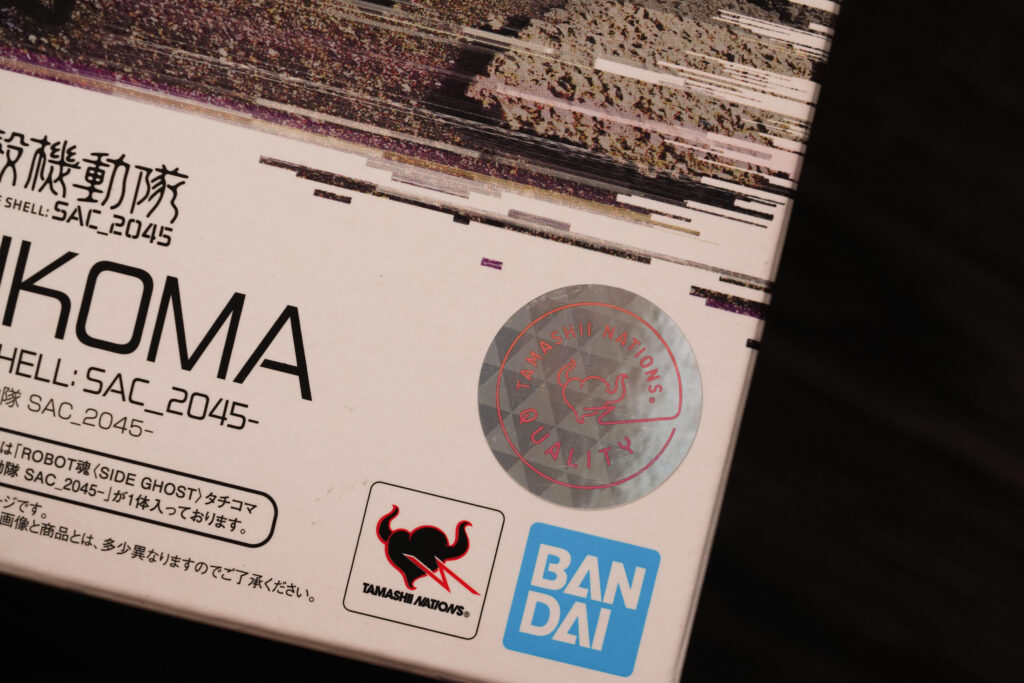 The figure is a standalone figure set – although I was hoping that Kusanagi Motoko is part of this set. 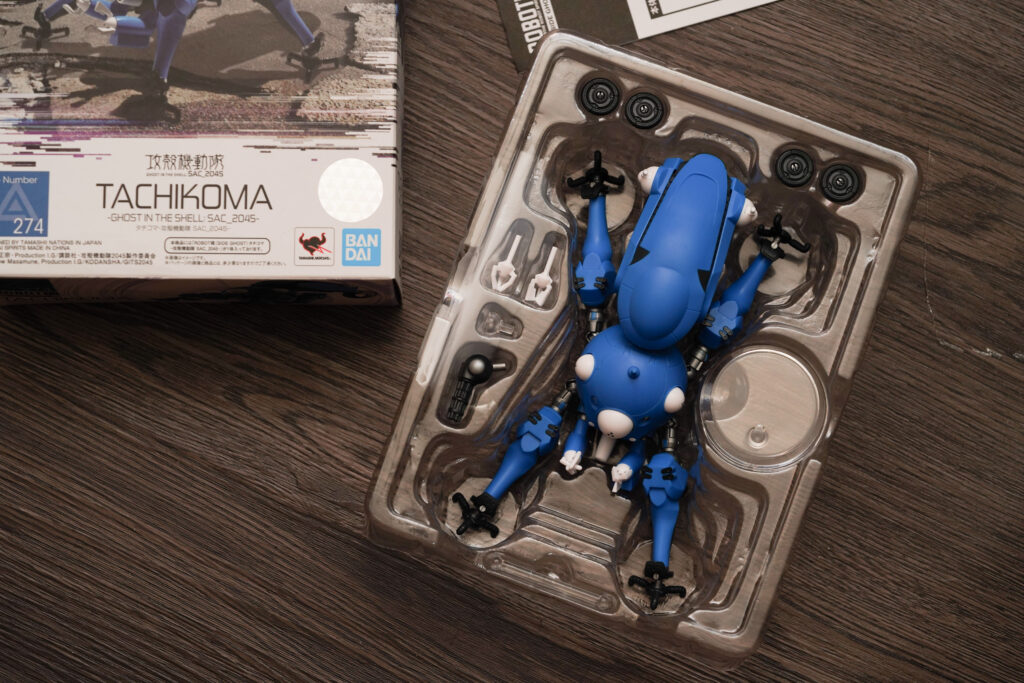 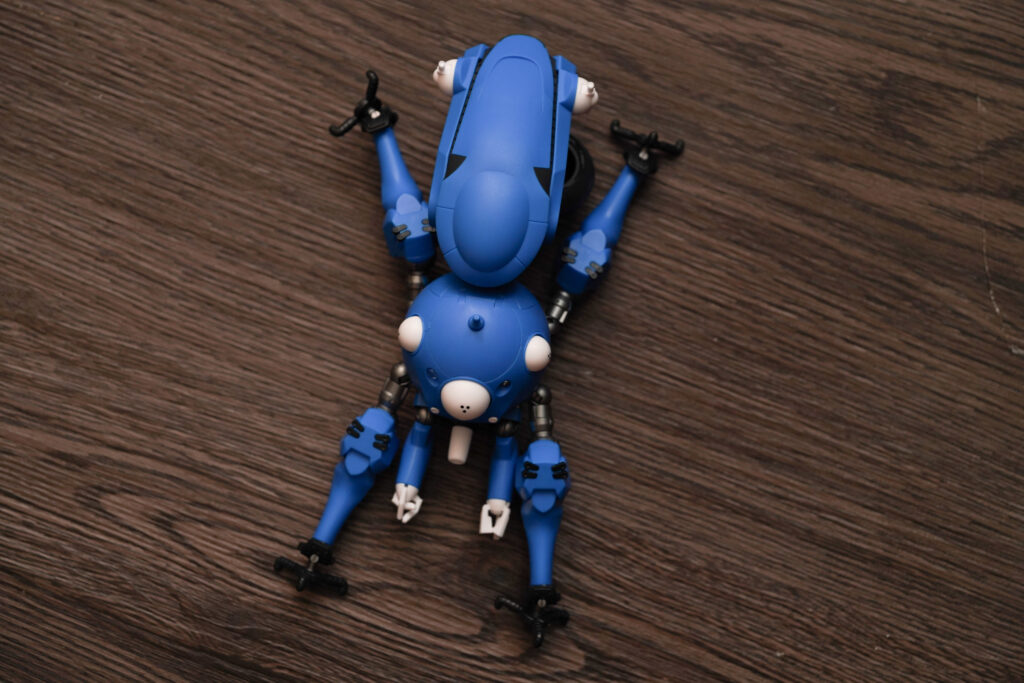 Do remember that this figure is different from the Ghost In The Shell S.A.C. Robot Spirits Tachikoma as this is the SAC 2045 Tachikoma version.

The box set includes the Tachikoma figure with some replacement parts for it to change forms this includes the 4 wheels, 2 longer claws, Gatling gun, 2 characters (Kusanagi and Batou) figure stand, and base. 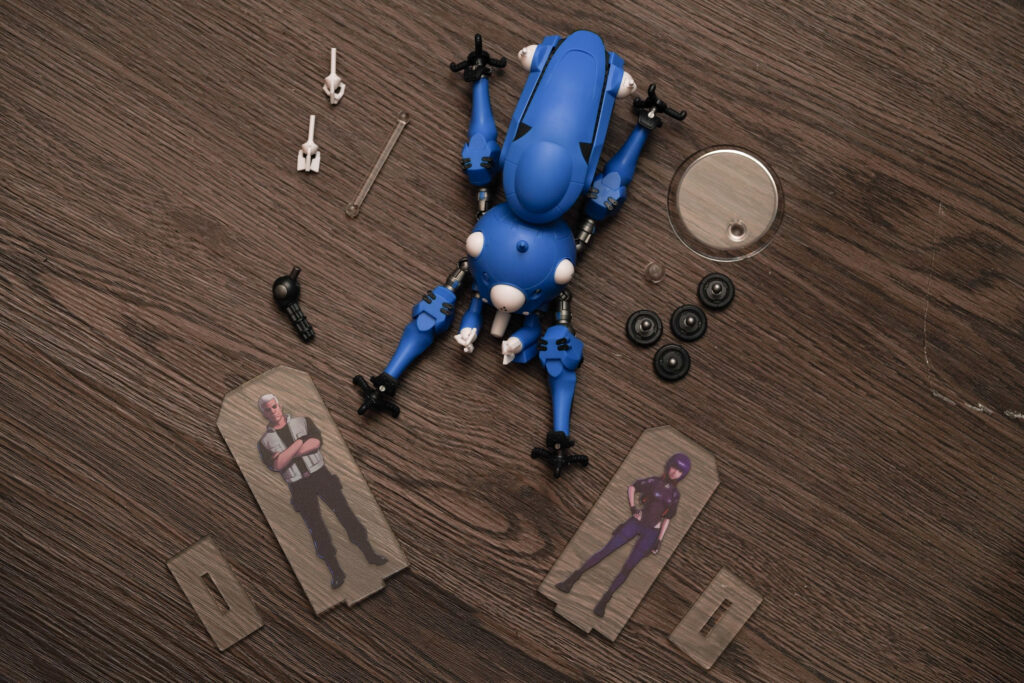 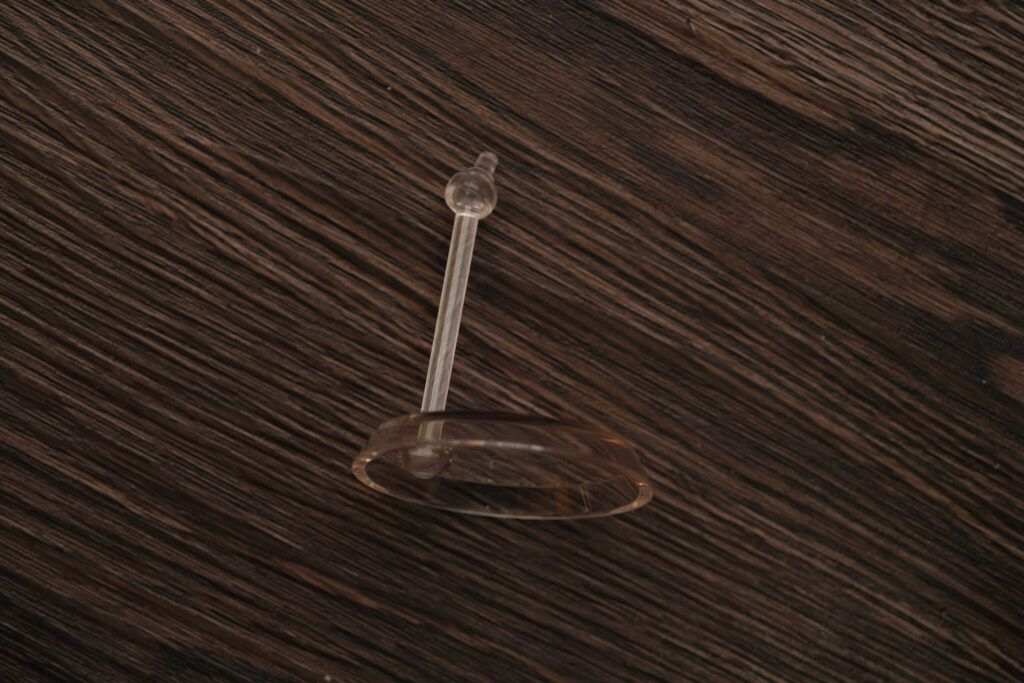 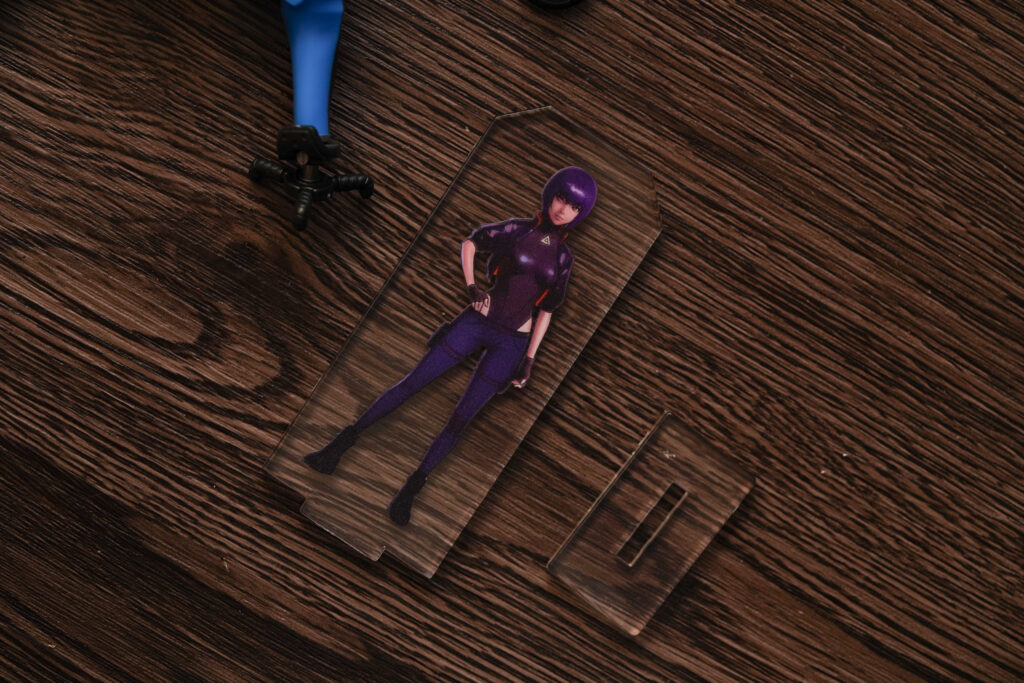 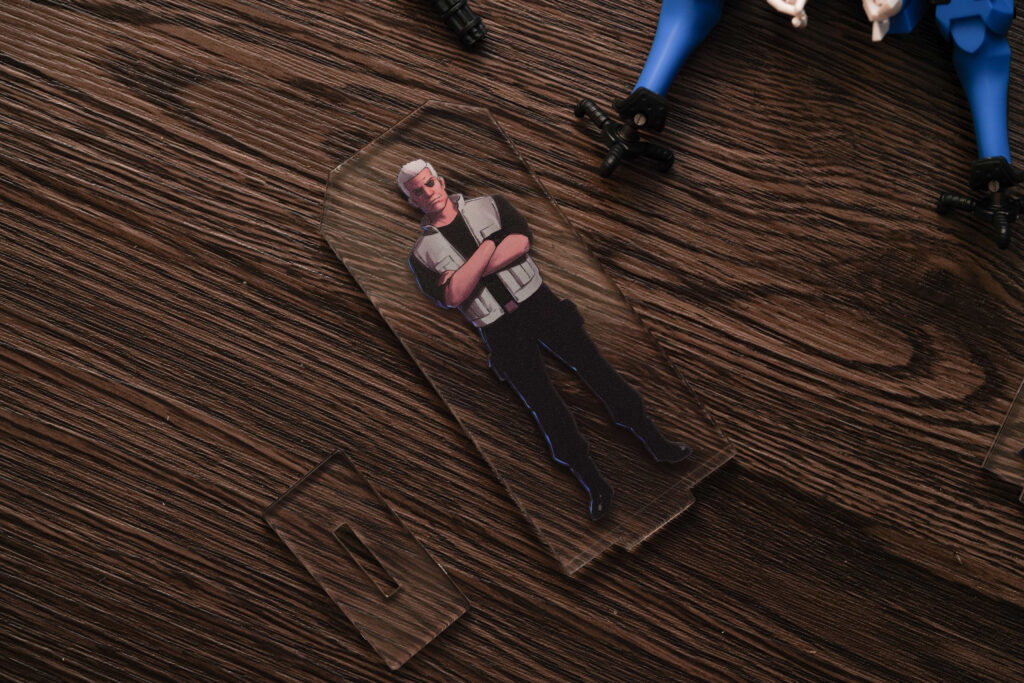 The figure build is pretty much simple as the figure can be made into two forms – the footed form and the high-speed running form. The figure, out of the box, is already in its footed form. 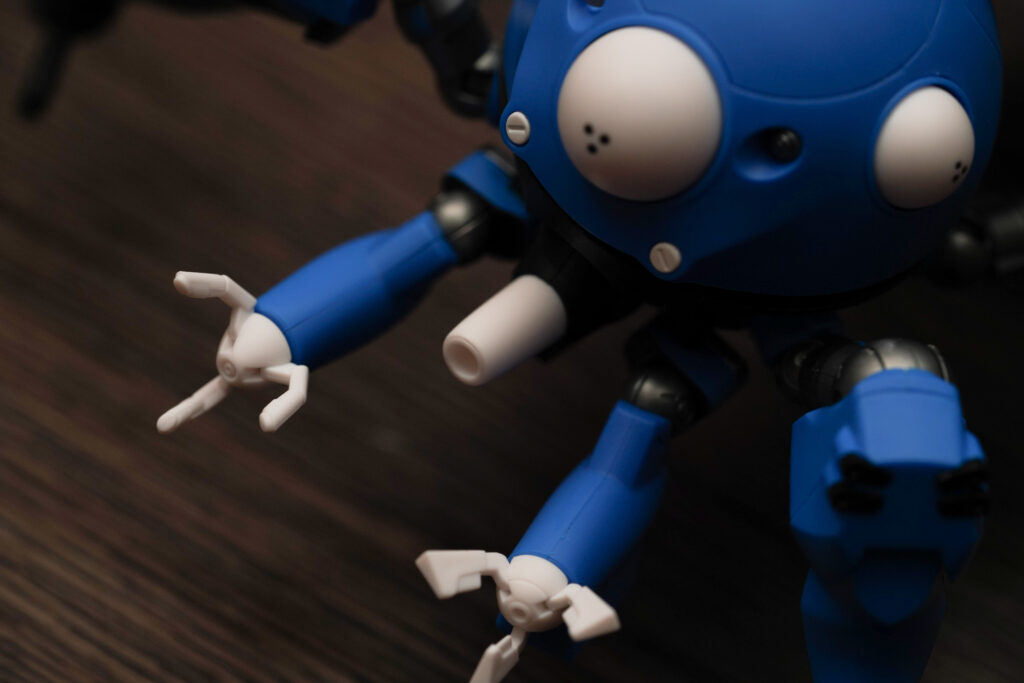 The jointed parts such as the arms and their feet are connected via ball joints. 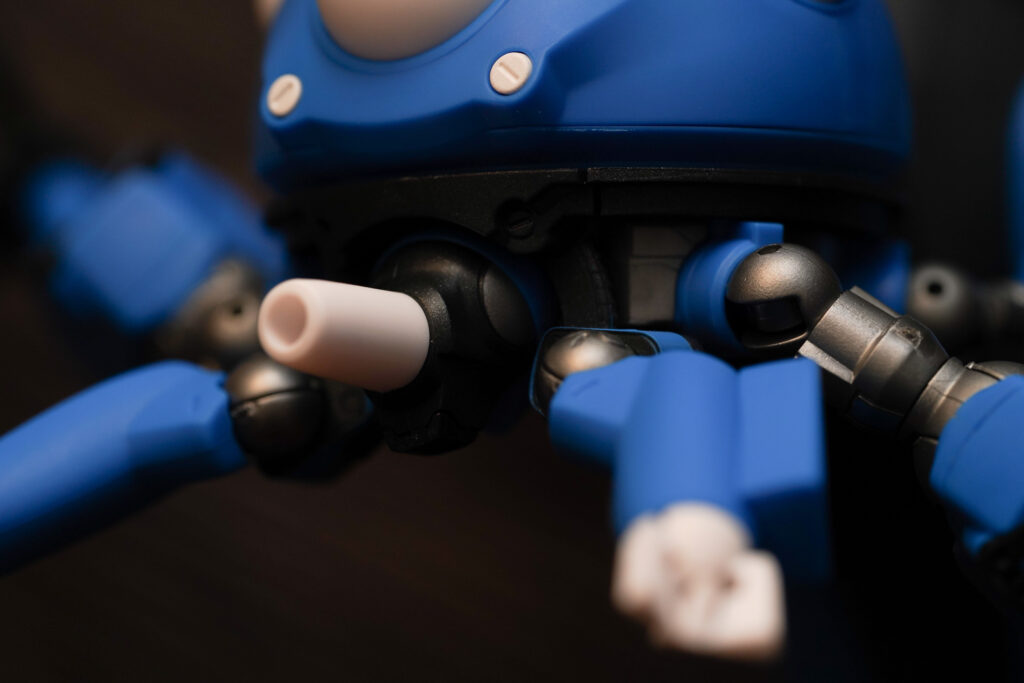 The arms are interchangeable – you just need to carefully pull them out to change from the shorter ones to the long claws. 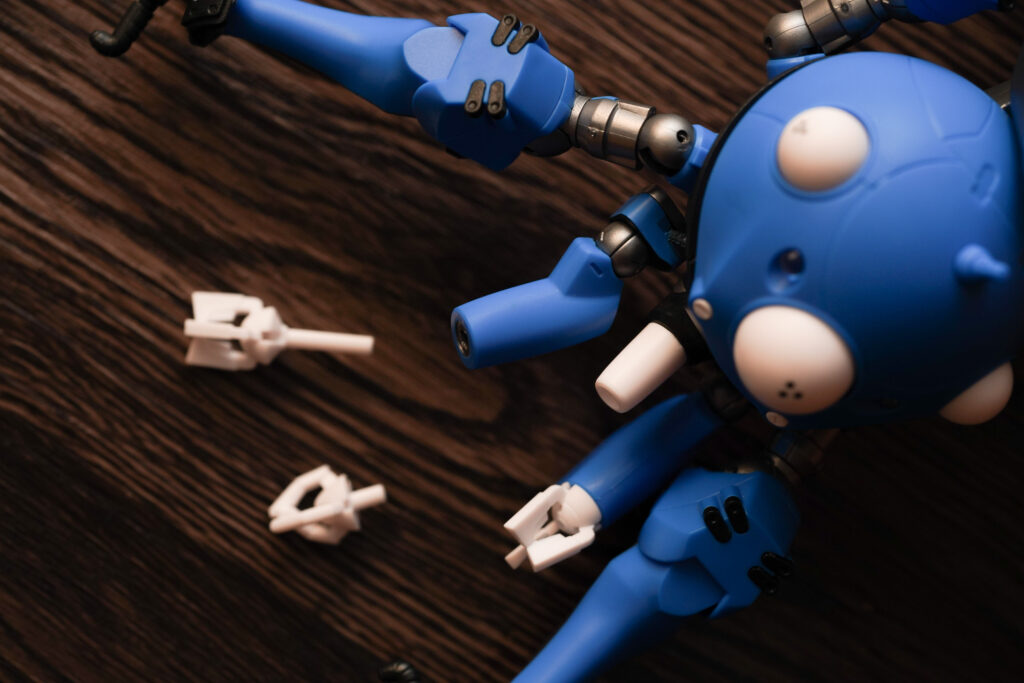 The four feet are connected via ball joint and can be easily changed from the feet form to the wheels. 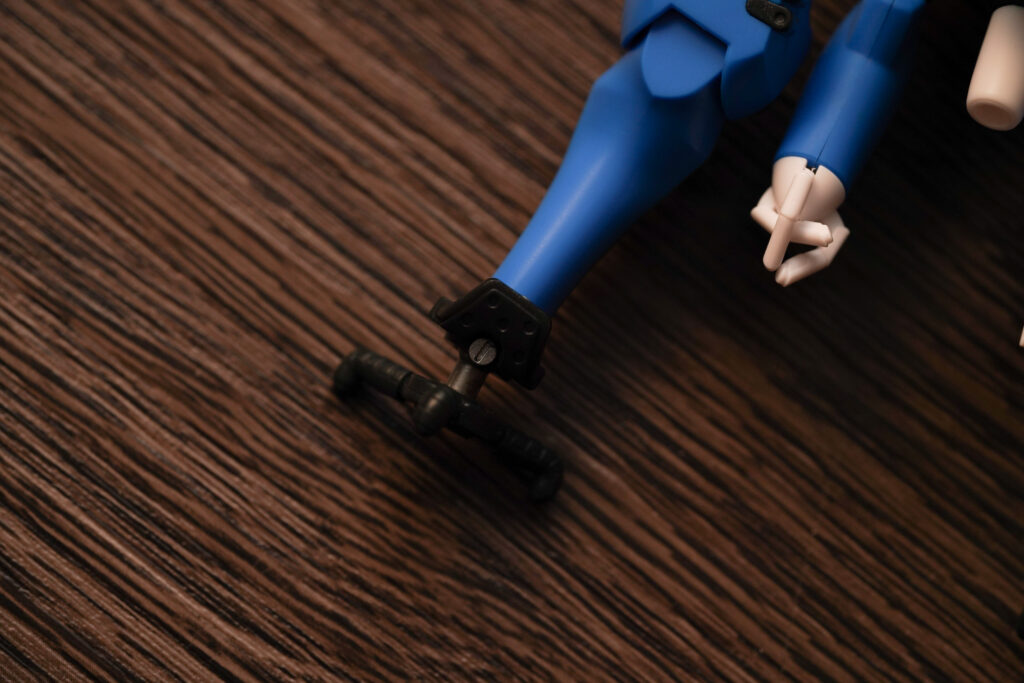 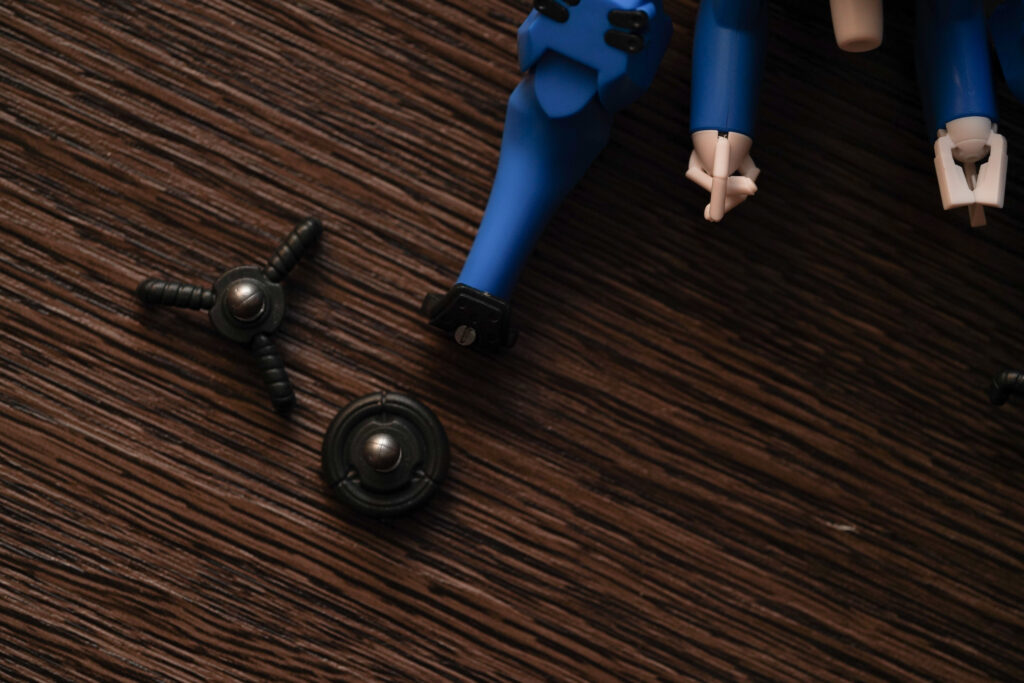 The main big wheel on the back of the figure can be rotated when you plan to switch it from and back to either form. 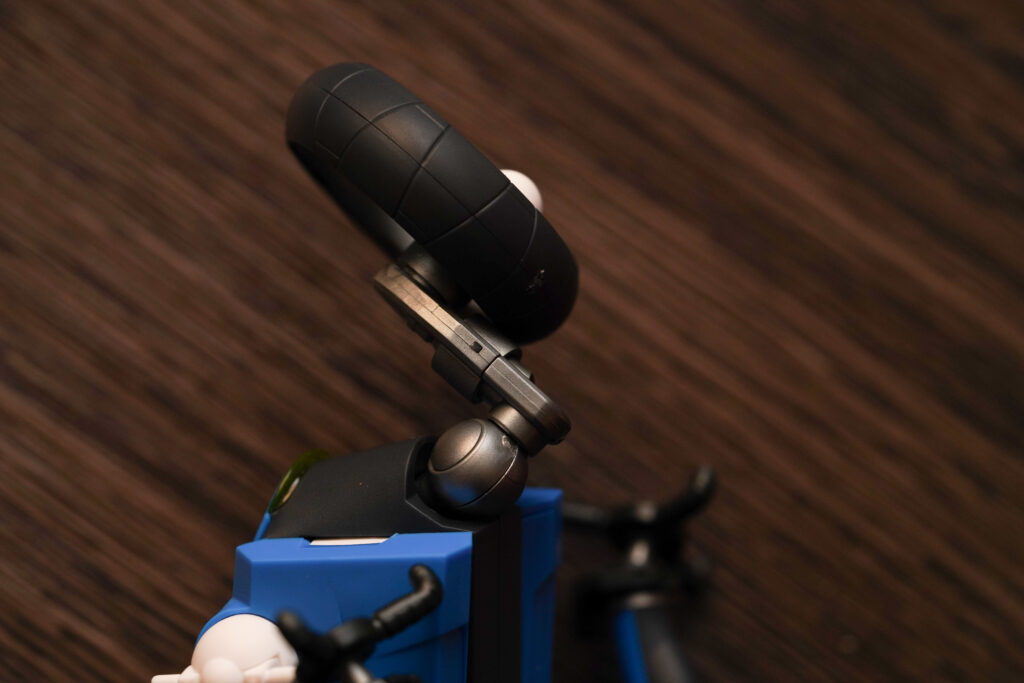 Paint apps for this figure are simple as the color palette of Tachikoma. The figure only has blue as its main color scheme and white, grey and black as accent colors for the mecha. 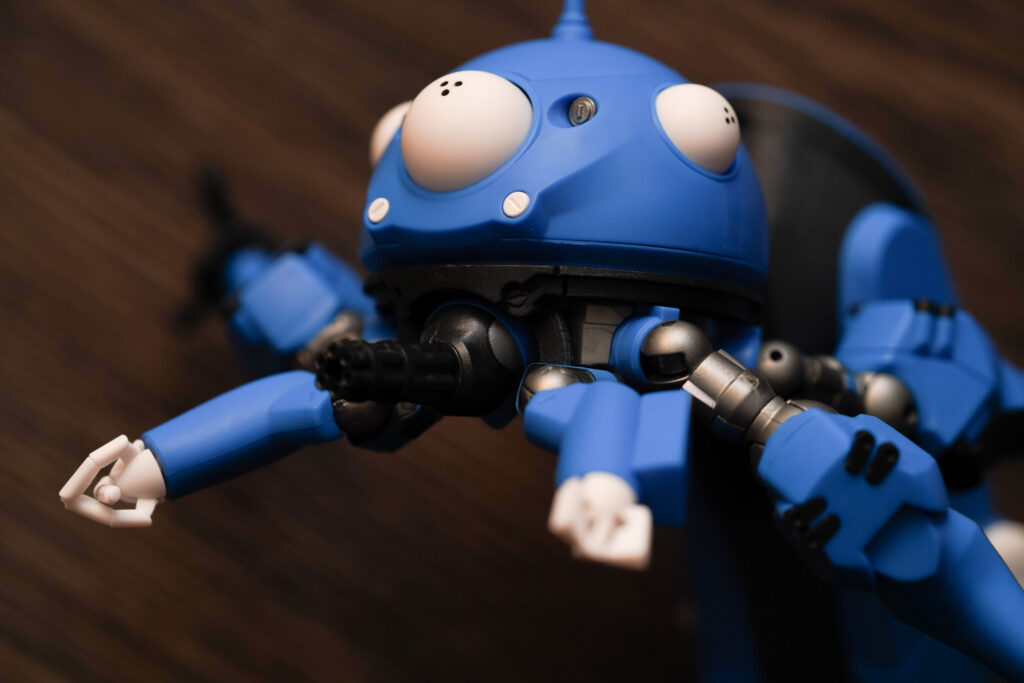 The blue paint app is rather simple as it doesn’t have any distinct shading or any gradation – which is quite suitable since this figure is more of a mecha/robot type of figure. 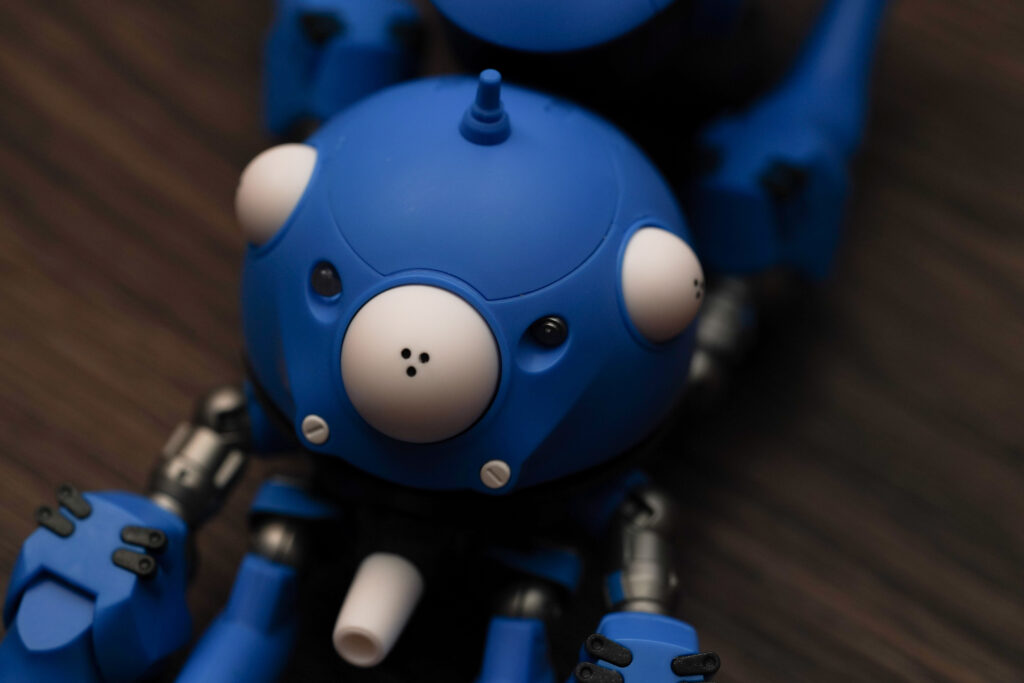 I really liked figures that can do many functions or forms and this figure just about did that. If you’re following the new Ghost in a Shell SAC 2045 series, this Tachikoma figure is a must add to your collection!

You may want to check out GreatToys Online. They’ve recently launched a new website and I promise you that you won’t leave the site without considering to get some figures for yourself! 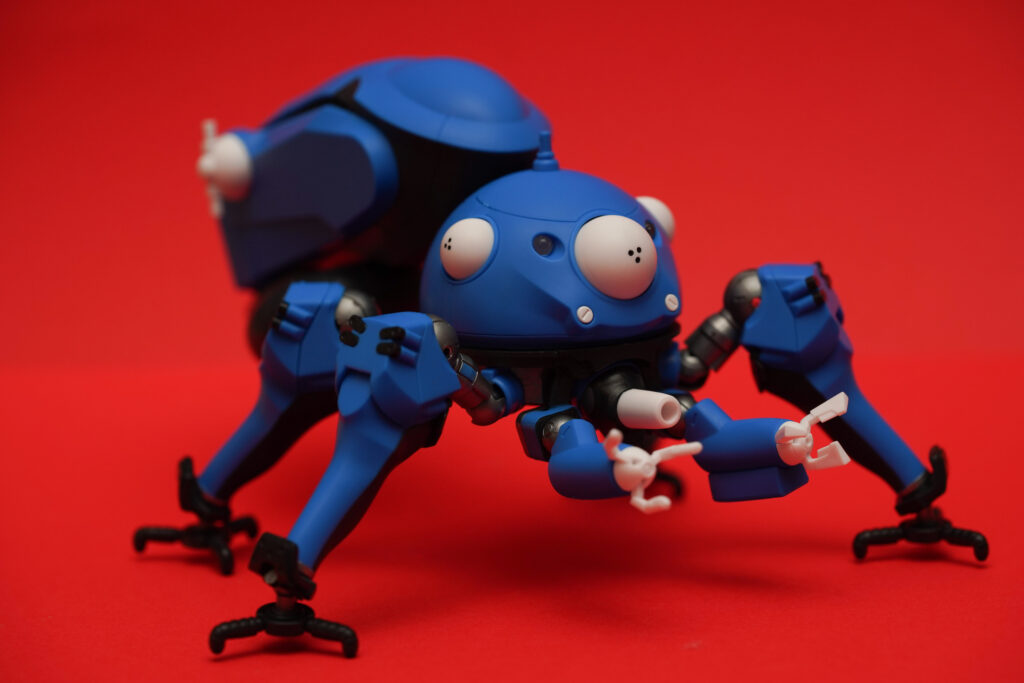 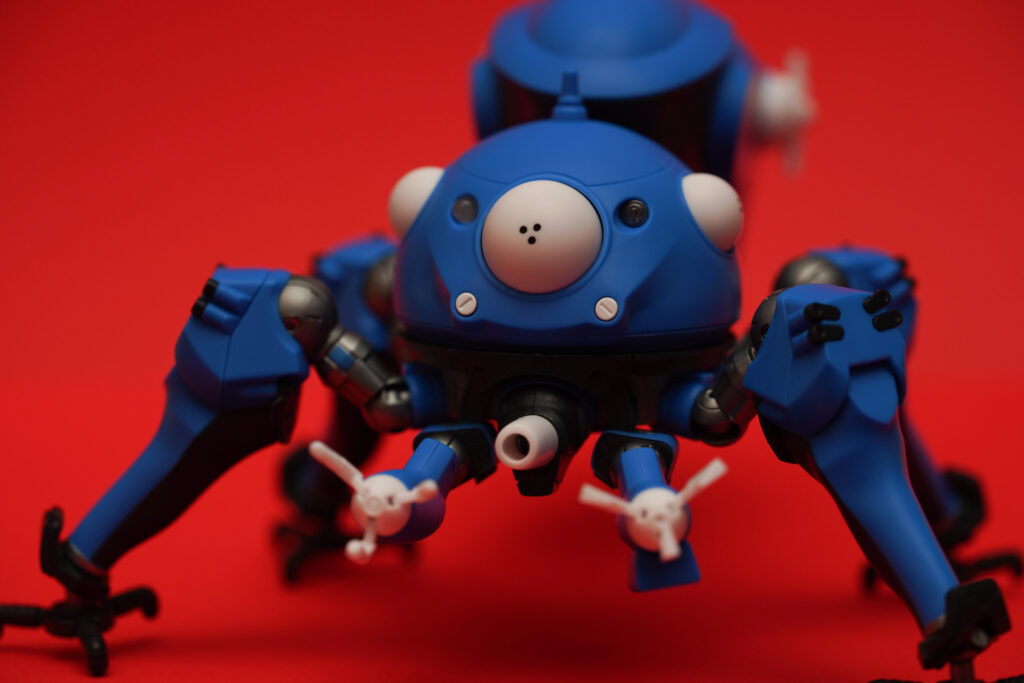 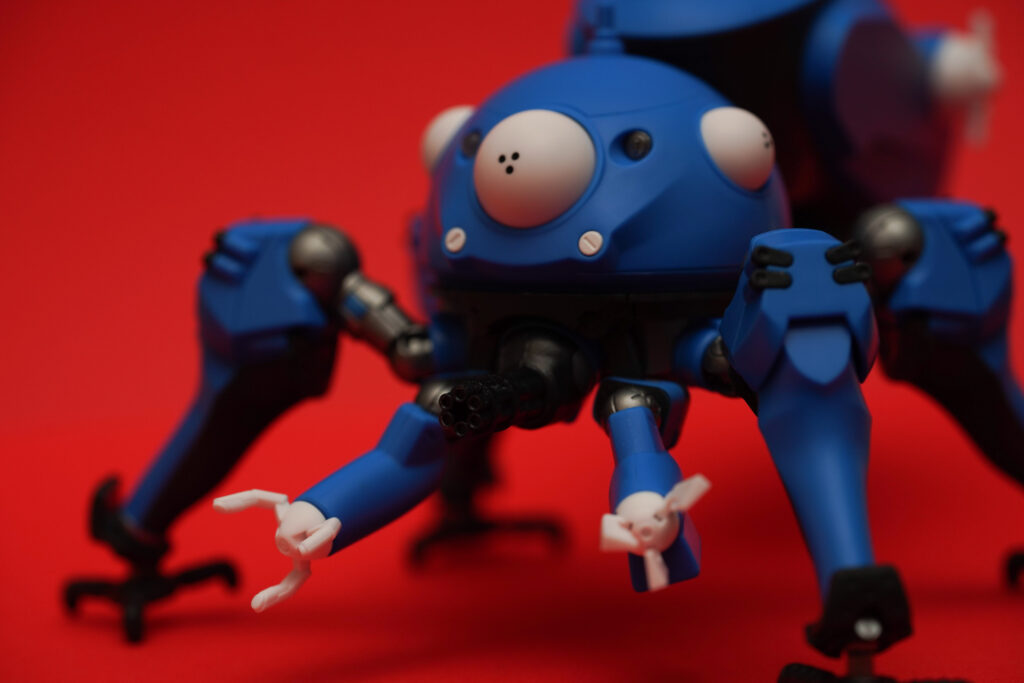 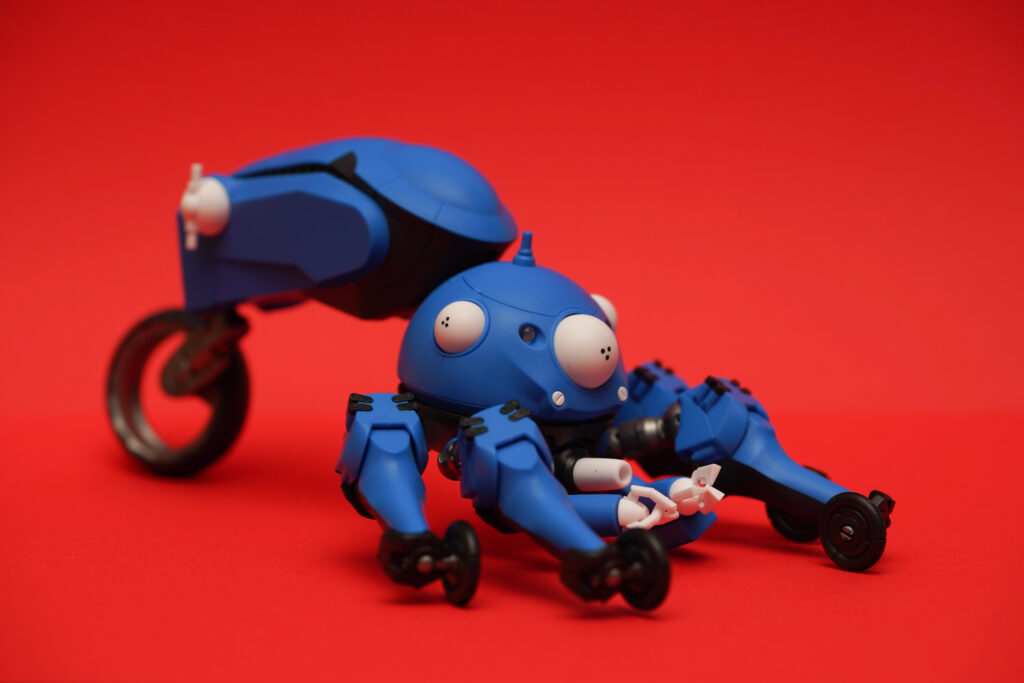