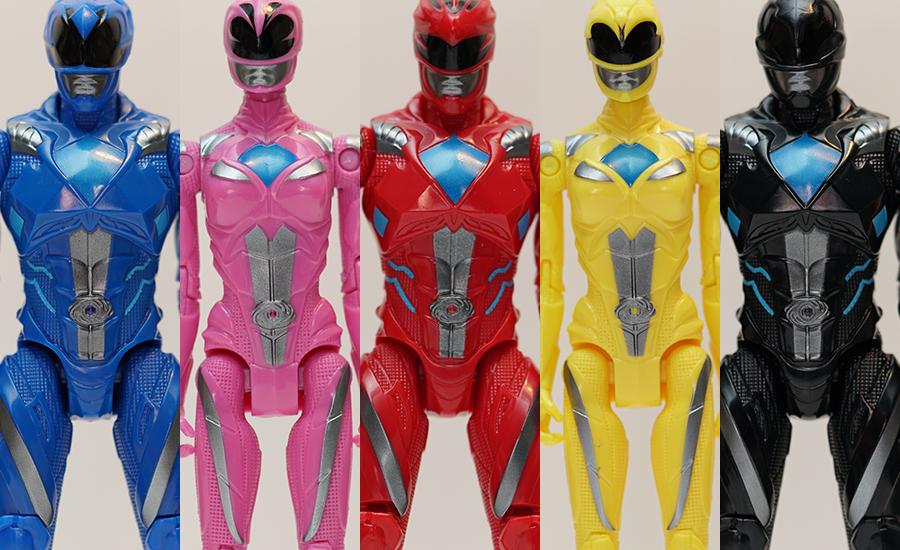 Go, go, Power Rangers! It has been 23 years since we saw how the “five teenagers with attitude” became superheroes from the original Mighty Morphin Power Rangers TV series and 21 years since the first movie made its debut. Just like the other Power Ranger fans, I was very excited when Saban Entertainment announced that they will be doing a movie reboot for the said franchise in 2017. 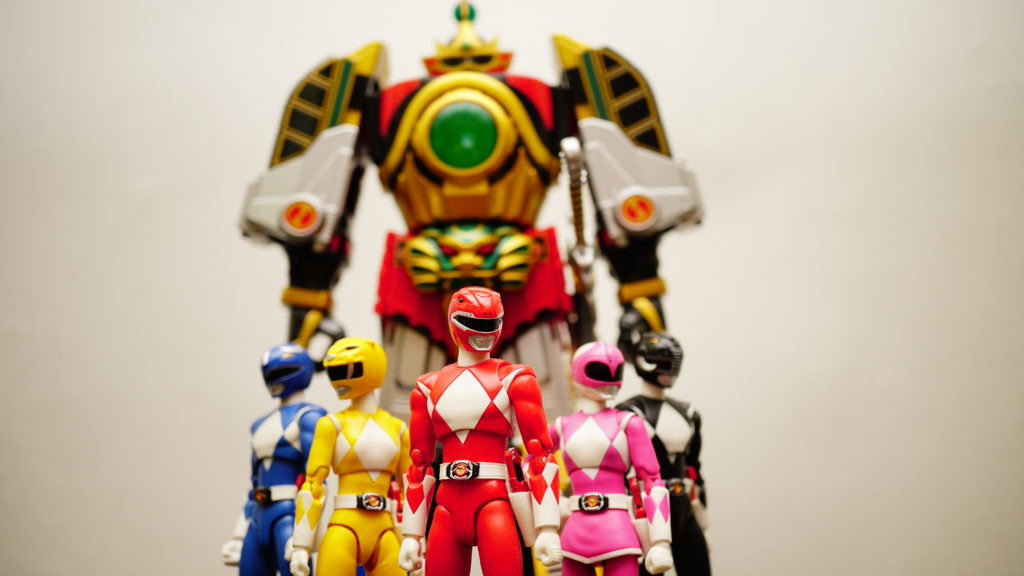 When Saban Entertainment revealed the new Rita Repulsa costume (which was very less “witchy” compared to the old version and very green this time) I wasn’t expecting that the 90’s spandex suits would make its appearance for the 2017 movie reboot nor the 1995 movie battle suits because it just won’t fit with the theme. Although, the Power Ranger series still make use of the spandex suits for its TV series.

And just when Saban revealed the new PR 2017 movie suits, there was a clear split from the fans’ reception – those who loved the change versus those who thought it looks like a multi-colored Iron Man suit.

Personally, I liked how they designed the new costume although I was looking for the signature belt and belt buckle which holds the power coins. The power coins are designed differently from the original but it still managed to showcase the ranger’s distinct prehistoric creatures. 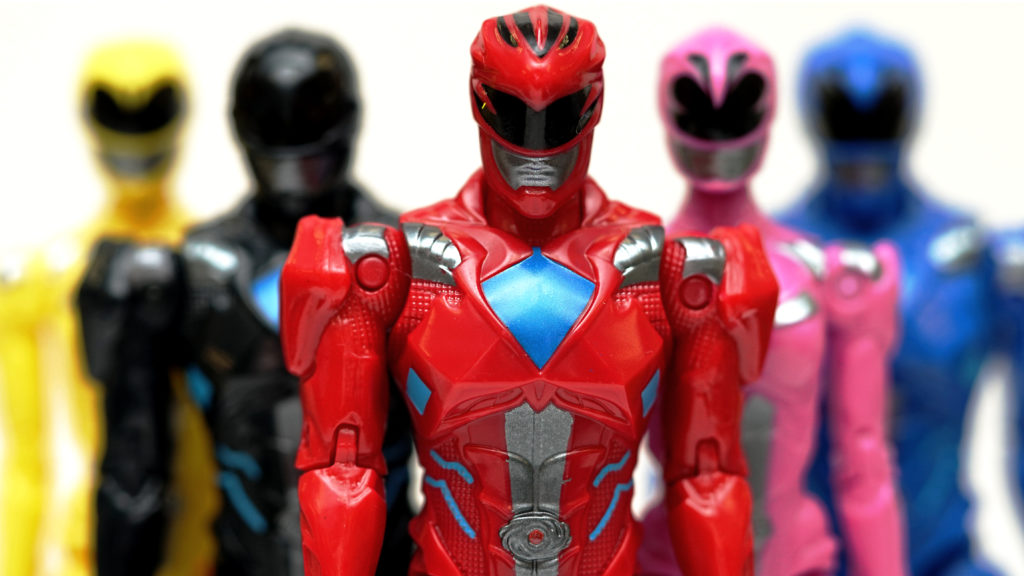 The 2017 Movie version toy series from Bandai America was teased to the fans at the 2016 San Diego Comic Convention last June, a month after they revealed the official Power Ranger 2017 movie suit in the internet. Although, what they have featured in SDCC 2016 was the Legacy line figures for the 2017 movie reboot. What we have in the local toy stores are the Basic Figure set, the 5-inch Power Ranger figures. The initial reaction of the fans were mixed because of the obvious lack of paint apps on the figure itself especially on the back part of the figures. The basic figures were made available for purchase here in the Philippines last February and that is what we’re going to unbox in today’s article. 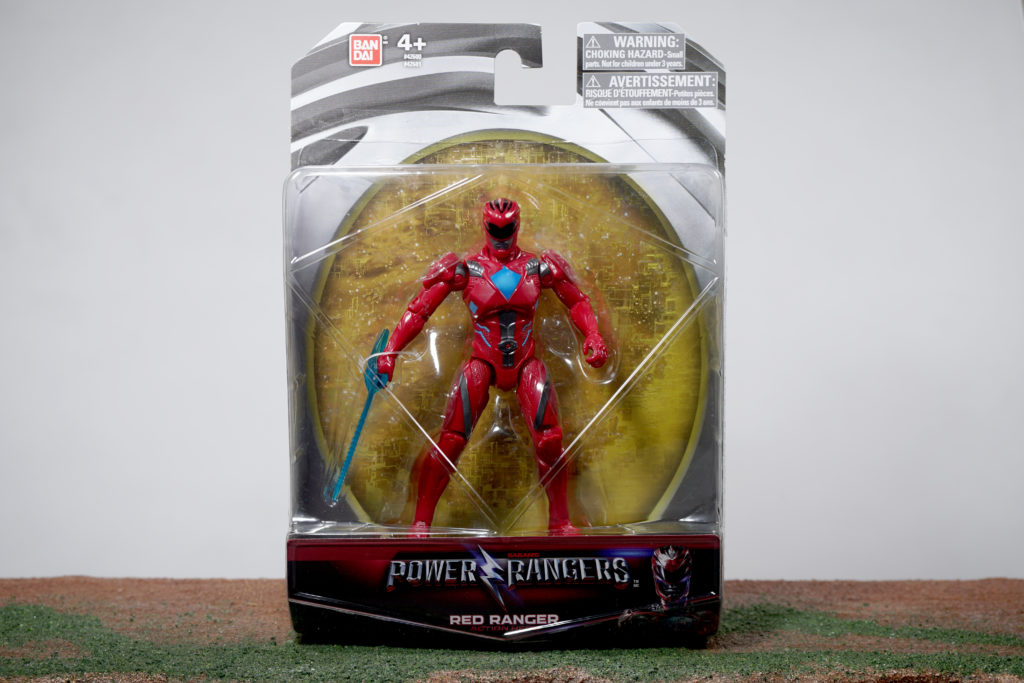 The packaging of the basic figures might not look as premium compared to that of an S.H.Figuarts Power Ranger figures or even the Bandai America Legacy line although it still looks consistent with the other PR BA basic figure toy line (I’m referring to the Power Ranger Dino Charge figures).

The articulation in this figure is not as much as that of a Figma or an S.H.Figuarts figure. The head movement is limited to a full 180-degrees turn and you won’t be able to do an up/down nod for head. 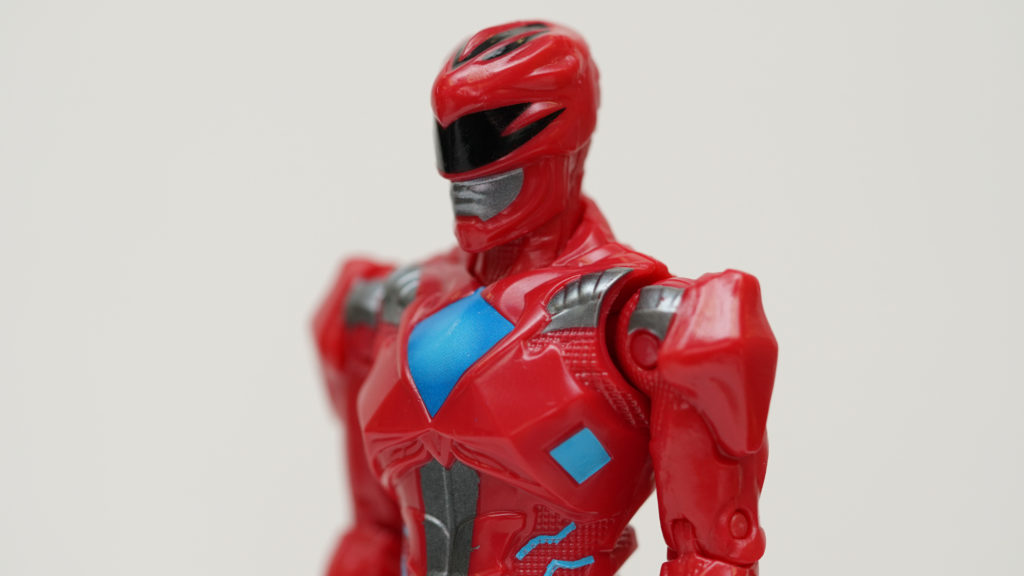 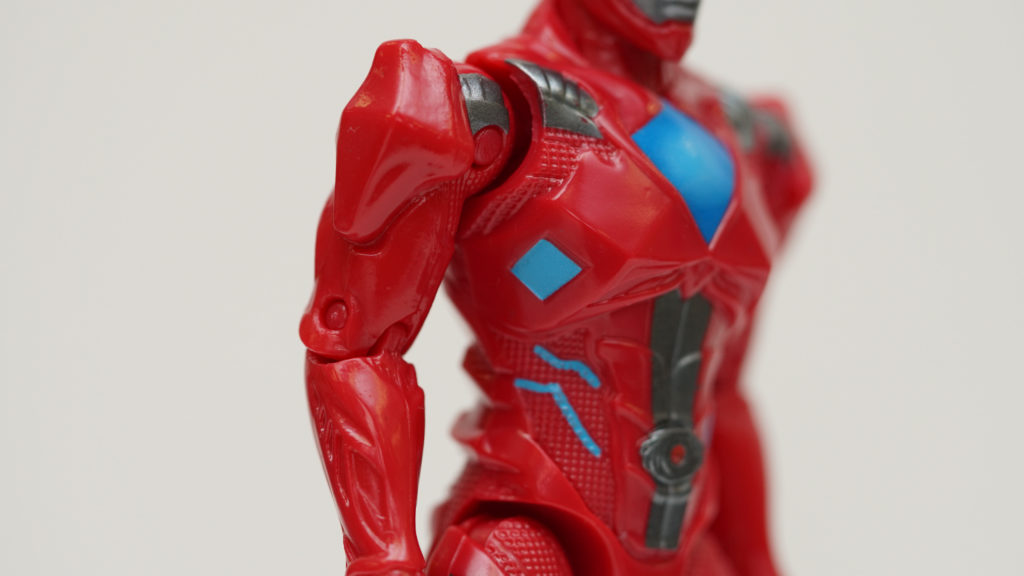 The movement of the arms are limited as well given that the arms are connected through a fixed ball joint, you can only raise the arms sideways and front. The male figures has a shorter neck compared to the female figures. There are no ab-crunch articulation present nor a hip twist. 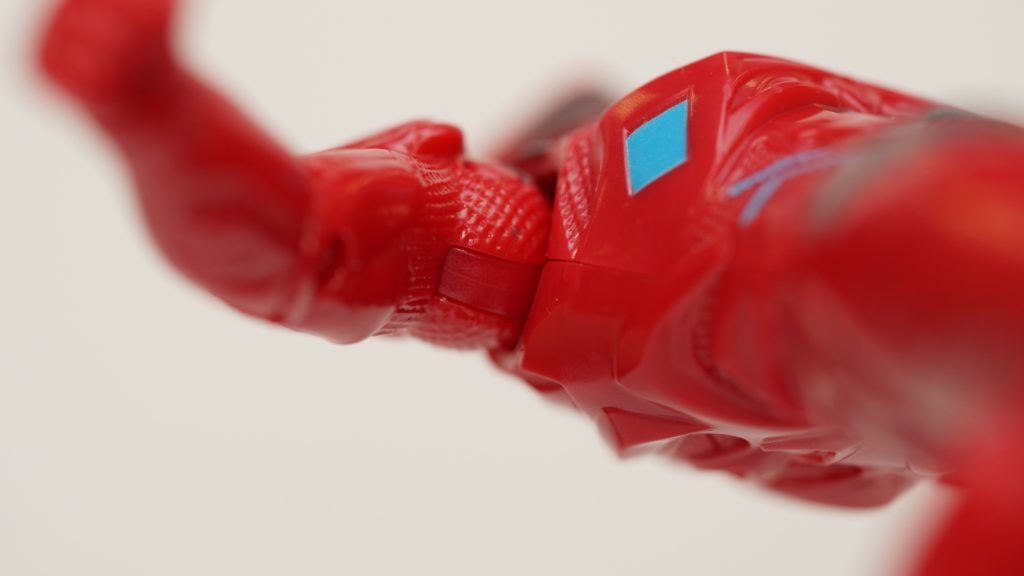 The legs only has the articulation on the legs itself and the knee part, similar to the arms’ movements are limited so it would be hard to pose. There are no ankle articulation in this figure so if you’re planning to do a battle pose for this figure it might take time to balance the figure. The obvious lack of paint apps are present in this basic figure, the front part looks decent but if you look at the back of the figure, there’s barely no detail paint apps. 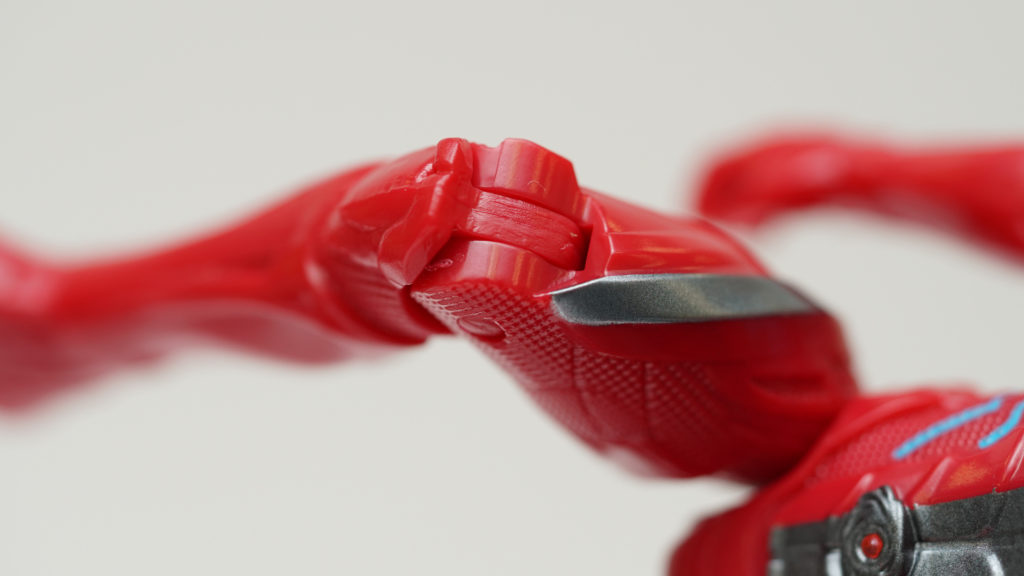 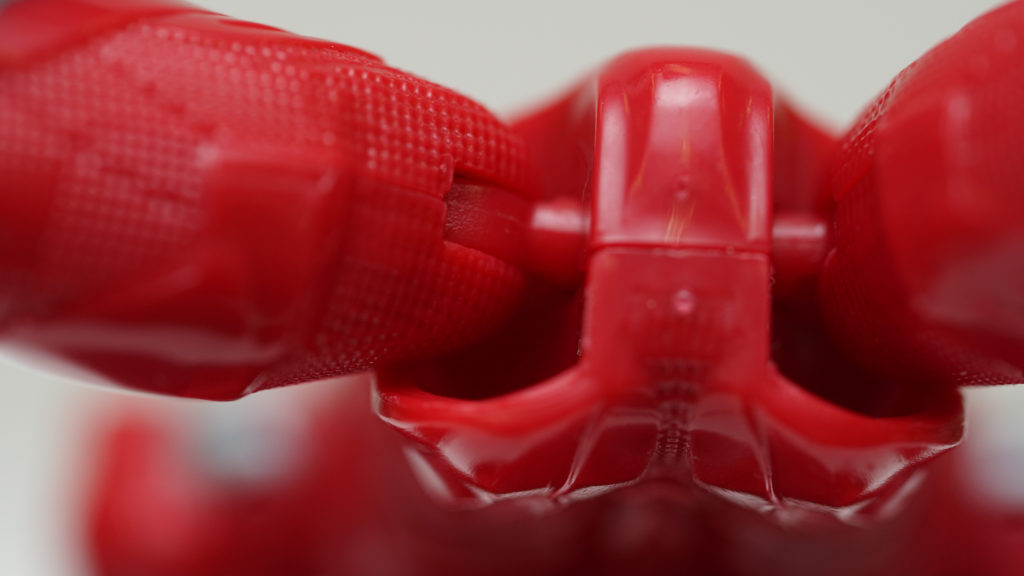 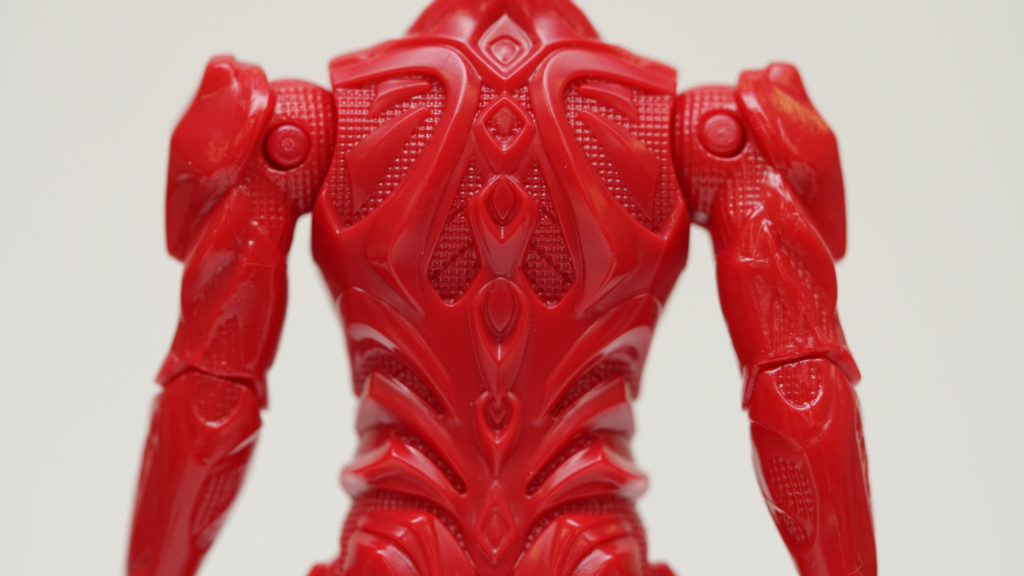 Well, given the limited articulation and paint apps, the figures’ price is just fair for its appearance. 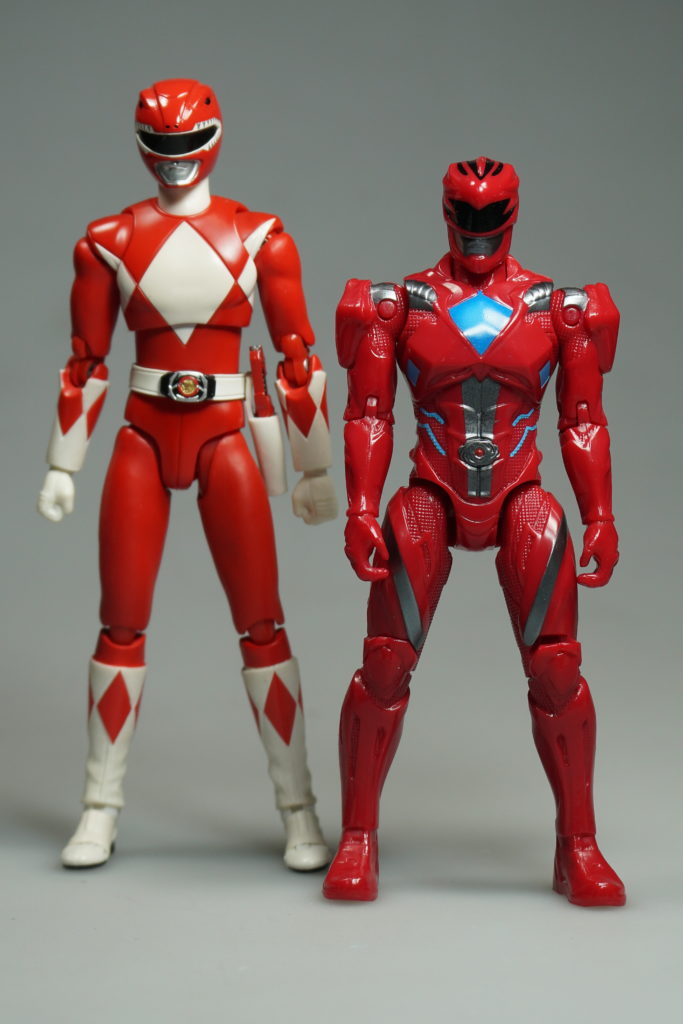 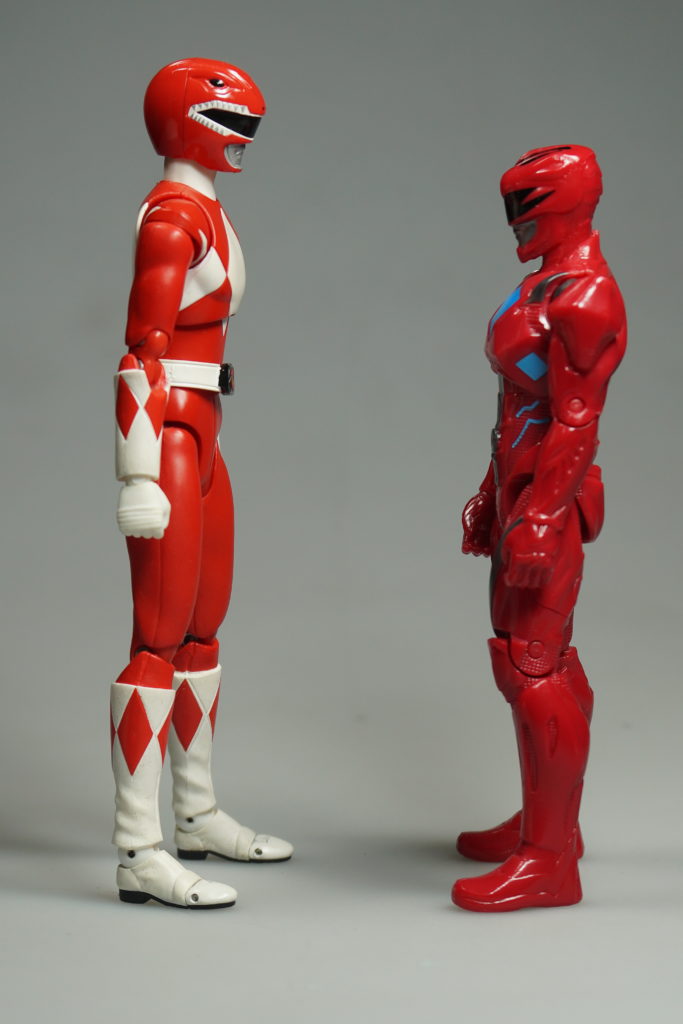 You can get the basic PR 2017 movie figures at around P800 each. All the ranger colors are available even the new Alpha 5 figure. If you are a Power Rangers fan, I recommend you to get this figure – actually even if you’re not – this would be a great addition to your collection. If you look at the back of the packaging, they’ve teased some of their future toy releases and it includes a Rita Repulsa 2017 figure!

The new Power Rangers movie is now showing in cinemas, make sure to watch and see for yourself how the new suits and zords look in live action. Be sure to watch until the end of the film. 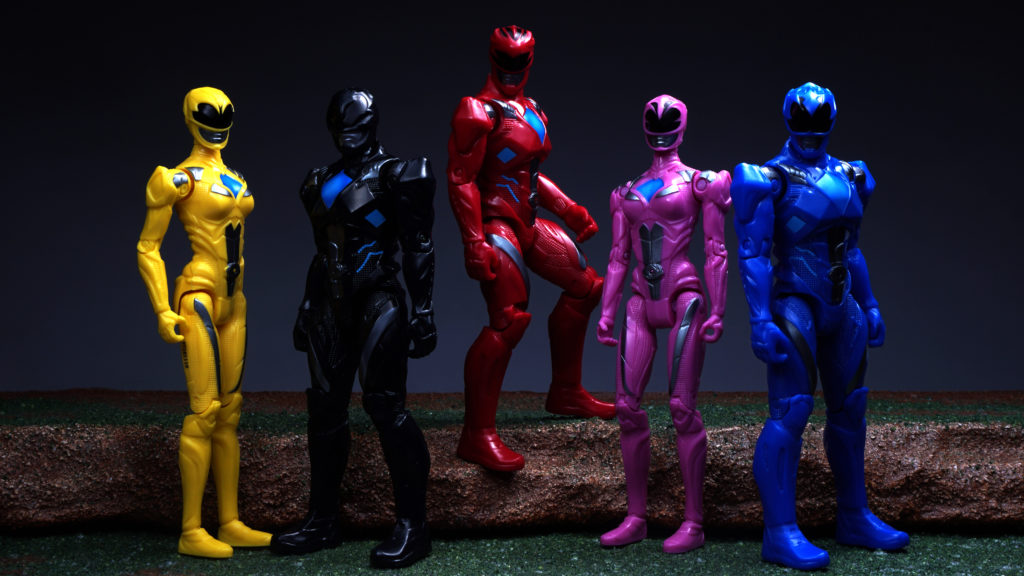