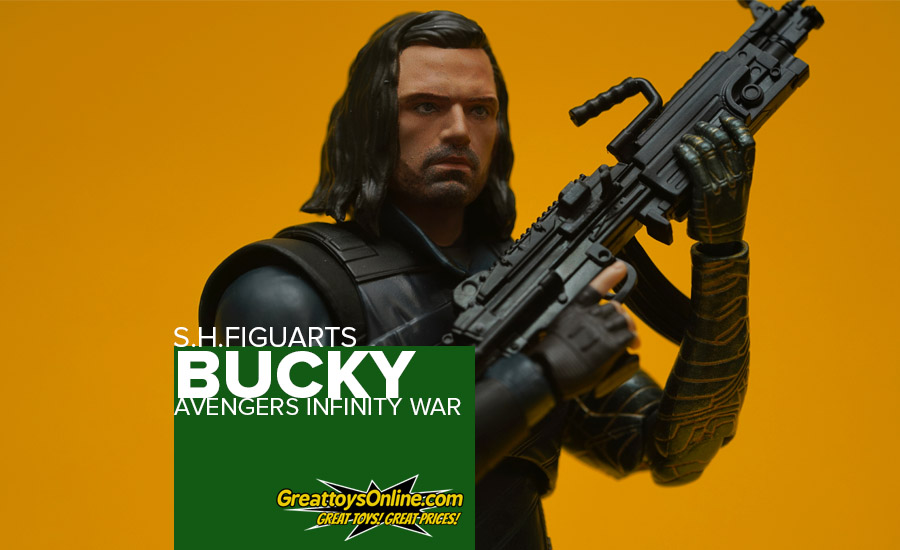 Bucky Barnes, also known as the Winder Soldier, is one of the notable characters from the Captain America: The Winter Soldier movie. He also made his mark in the recent Avengers movies both the Infinity Wars and the End Game. Bucky’s presence in the film made some major story conflicts between Captain America and Iron Man – basically Captain America chose to be on his best friends’ side during the Civil War movie.

This review will be all about the Bucky (Winter Soldier) from the Avengers Infinity War movie. This review is brought to us by our friends from GreatToys Online. Do check our their store and sites to see more figures up for sale!

You can read the other S.H.Figuarts Infinity Wars figure reviews I’ve done here.

The box is rather large in size mainly because this figure includes an impact effect. The box design has a cohesive design similar to the rest of the Infinity War S.H.Figuarts figures. What bothers me though is how the actor’s head looks heavily edited its as if the head was superimposed. Setting that issue aside, the box art is still presentable and good. 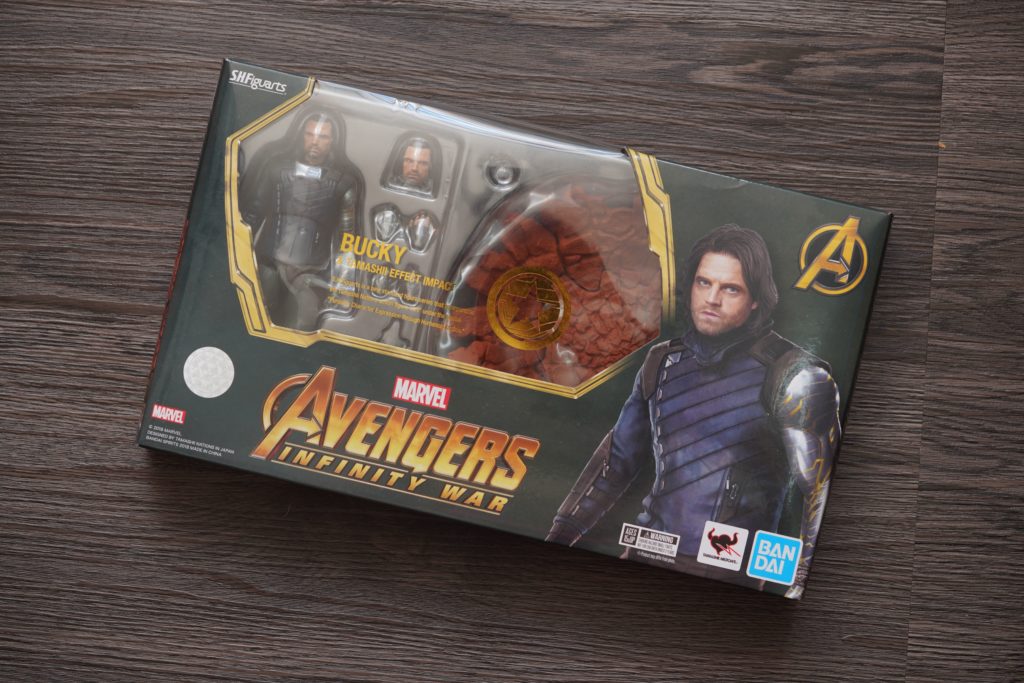 My initial thoughts on the figure is that it’s very similar to the Captain America S.H.Figuarts figure – the body seems to be very hallow inside. The head sculpt paint details are done nicely although both the default face and the interchangeable one looks very similar. 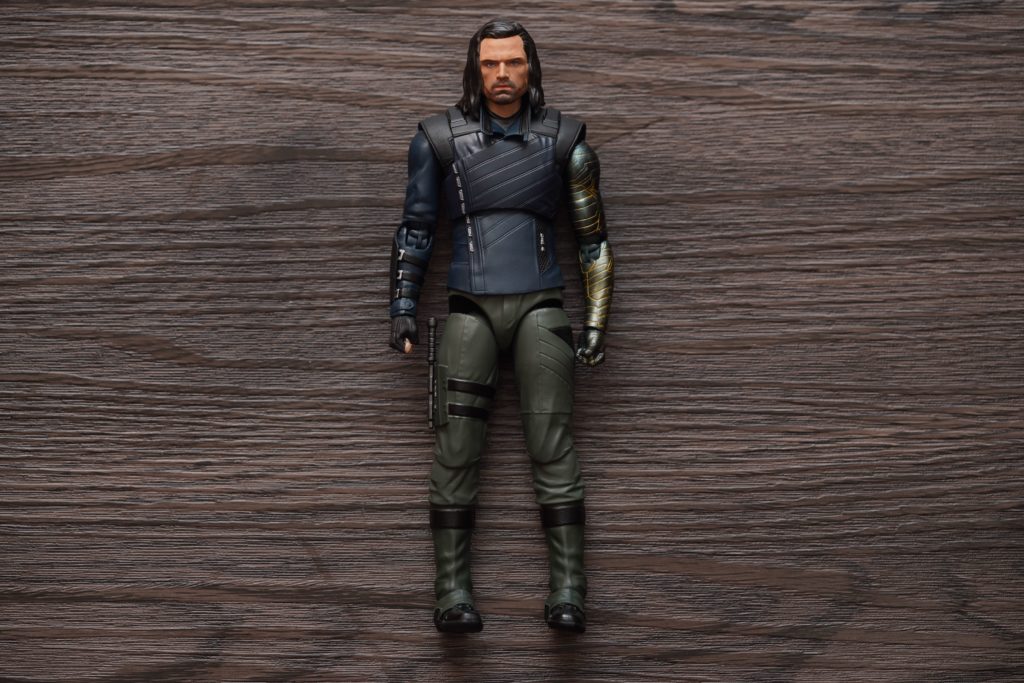 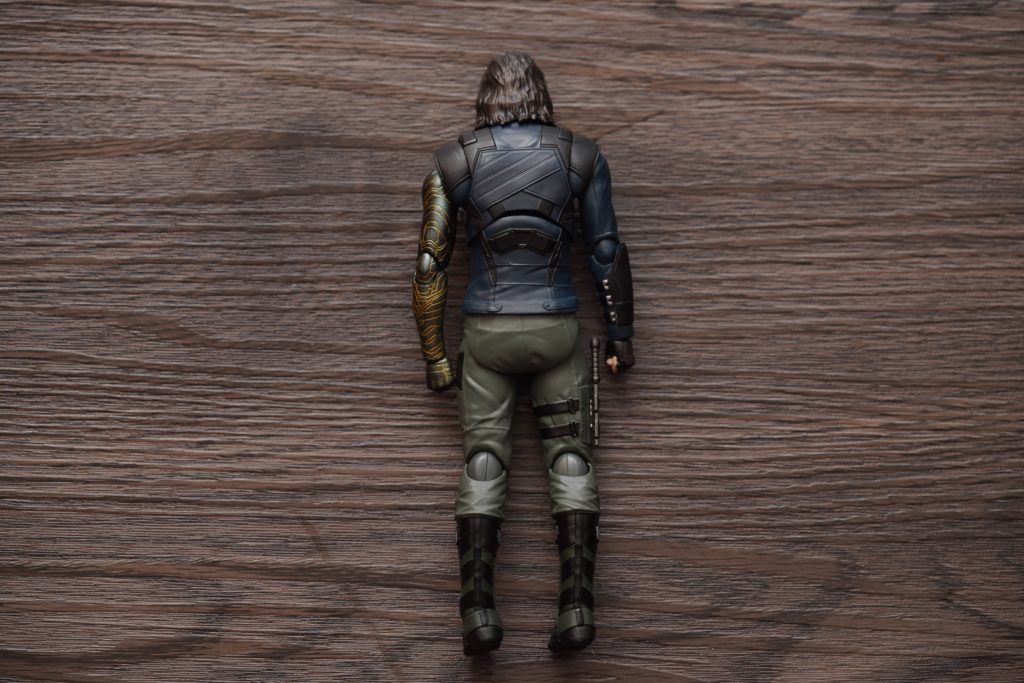 The set includes an exclusive Tamashii Effects – Impact aside from the usual accessories. There are pair of interchangeable hands, an alternative head and a gun. The number of included accessories are rather underwhelming – I hope S.H.Figuarts could’ve included more weapons or interchangeable parts. 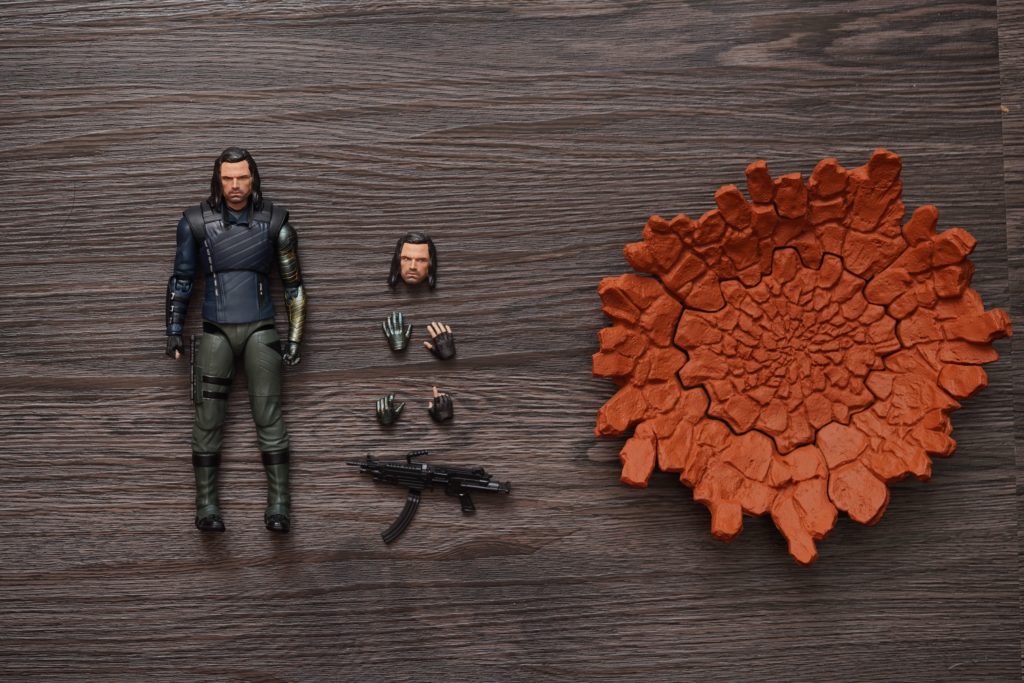 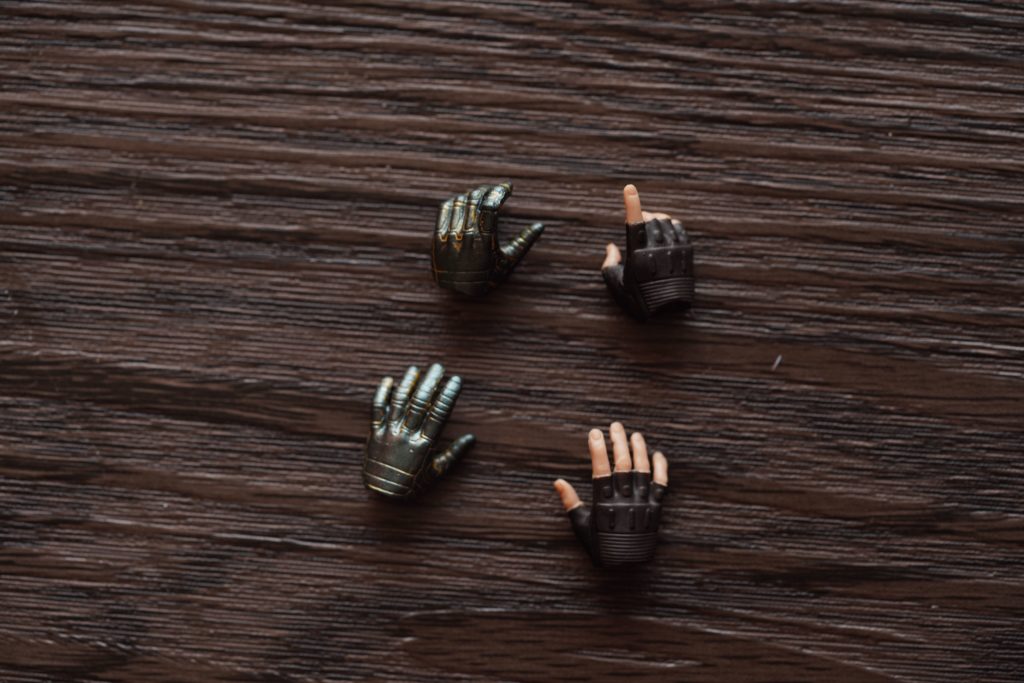 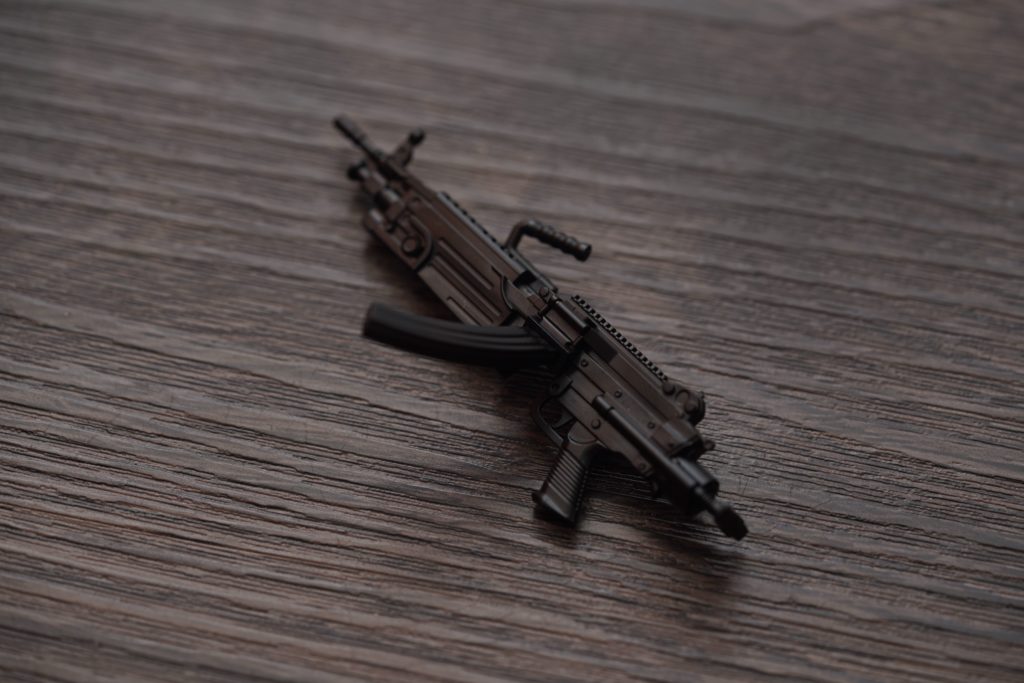 The additional head part has a side-gazing eyes – from a far it looks very similar with the default head sculpt. 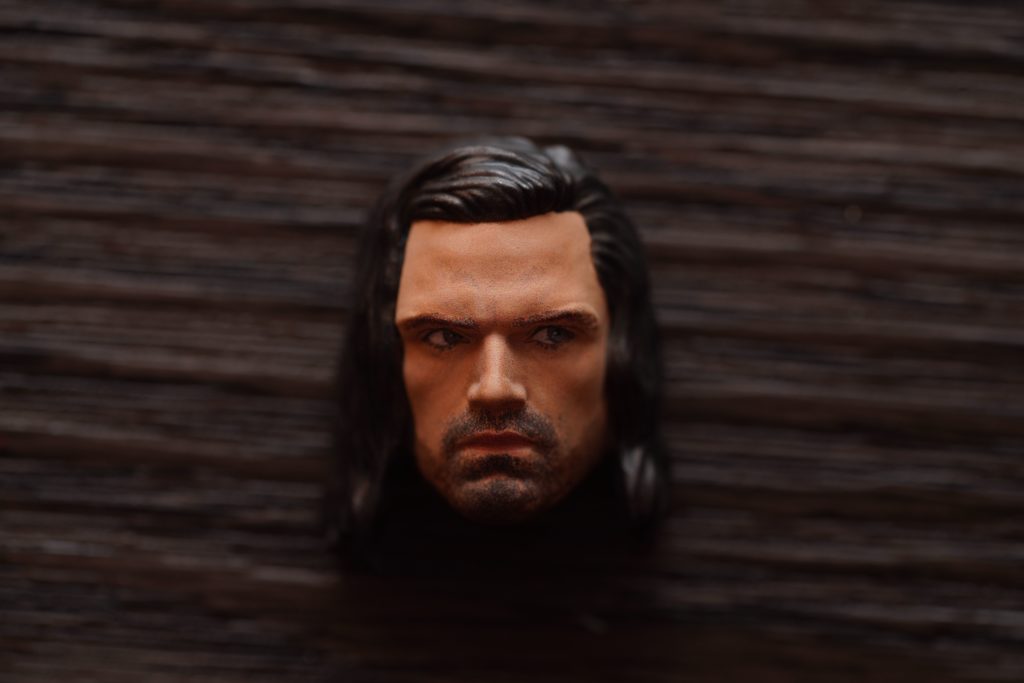 When it comes to figure articulation, I have no doubt that the Tamashii Nations and S.H.Figuarts are really making sure that we always get our money’s worth, which they did. The only complain I could say is that this figure seems to be rushed – the upper part has a hallow feel, the legs seems to be weirdly connected to its hips. 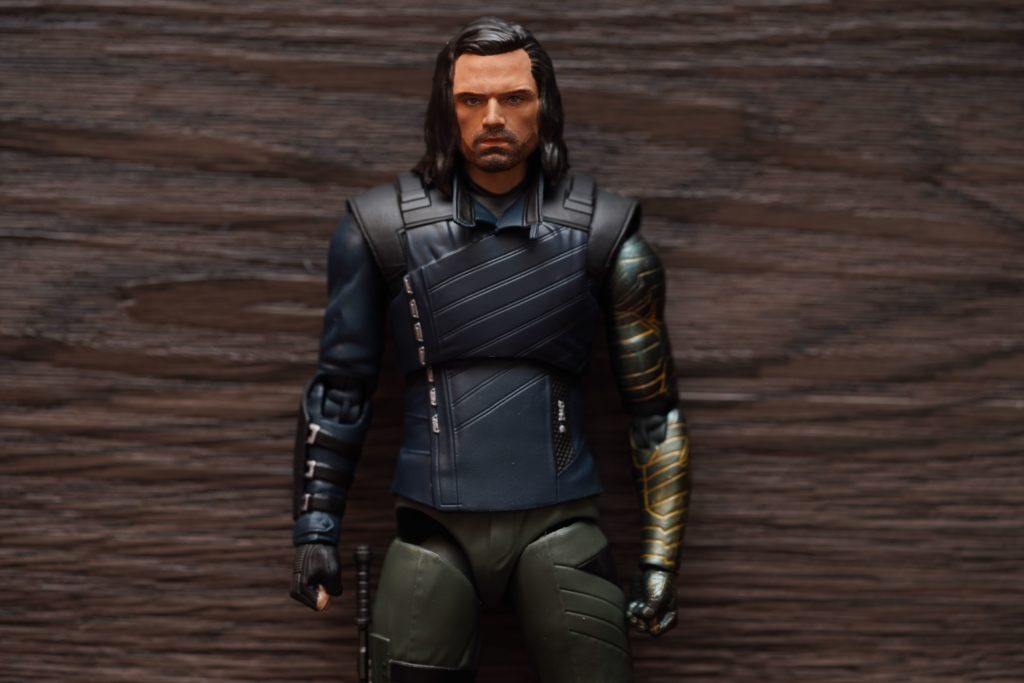 I really like how they did the paint apps for the armored arms. The arms looks very metallic and you can really see that somehow it looks like its made from vibranium. 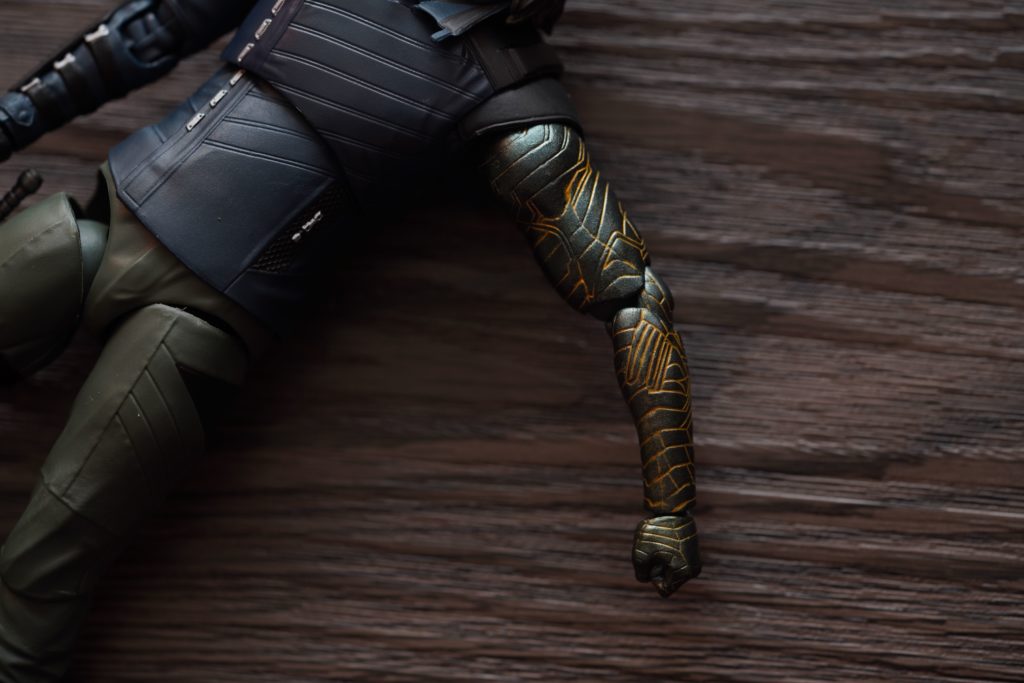 This is what I was referring to when I said that the legs are a bit off from the hips. It looks very distant from the joint – I hope they can improve this in the other figure releases. 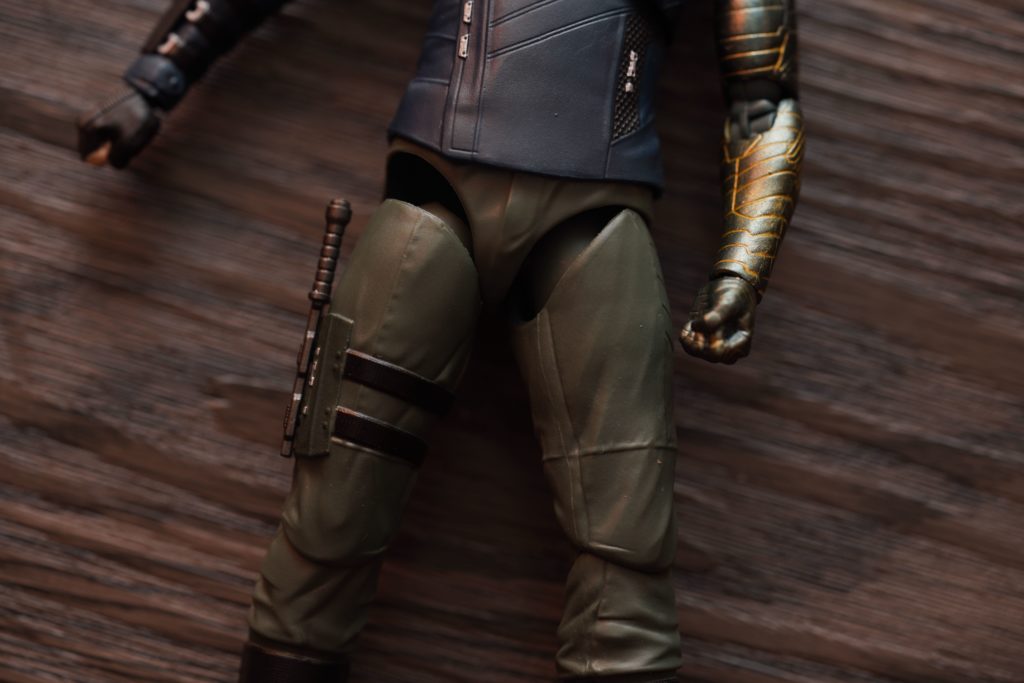 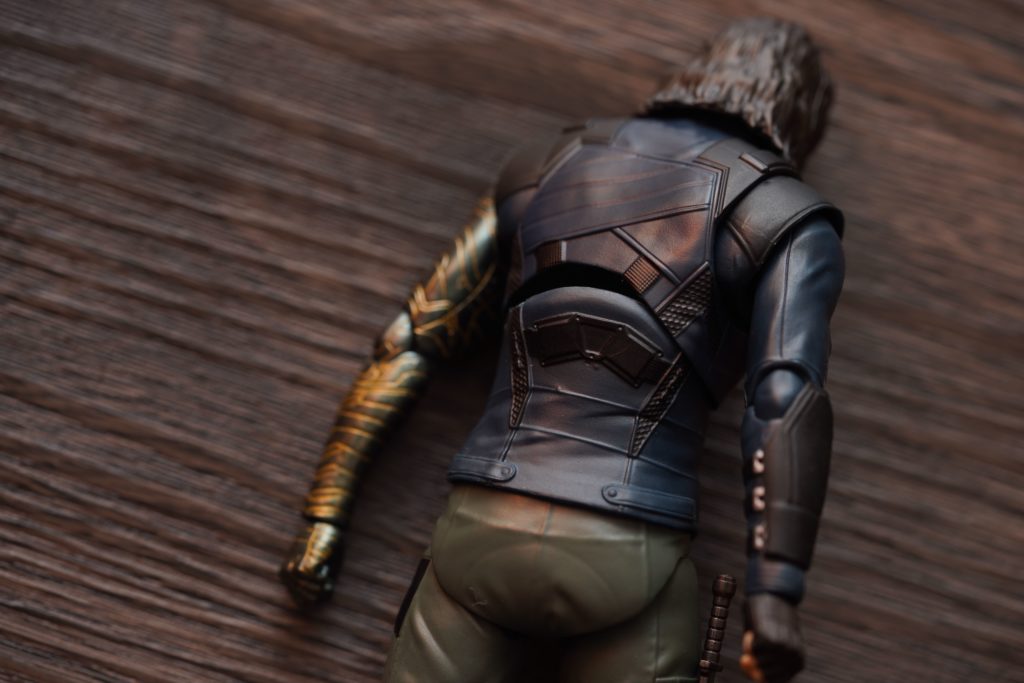 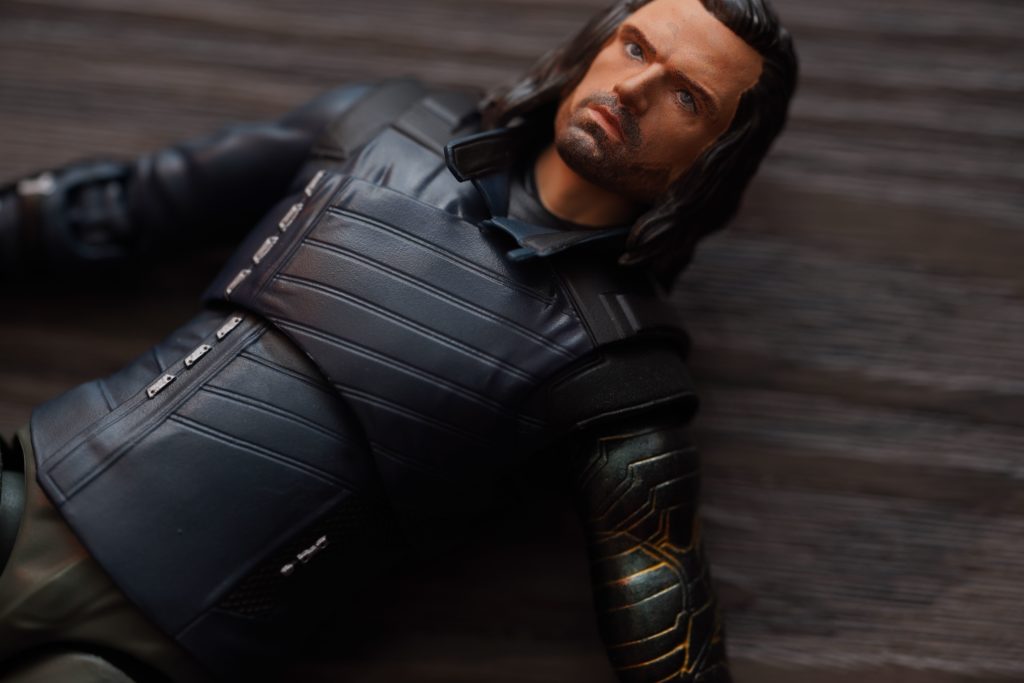 If I were to rate this figure from good to bad, I’d say it’s just okay. It’s a good must have if you’ve already collected the other Infinity War figures from S.H.Figuarts. To get your own S.H.Figuarts Avengers: Infinity War Bucky figure be sure to check out GreatToys Online’s store and website! 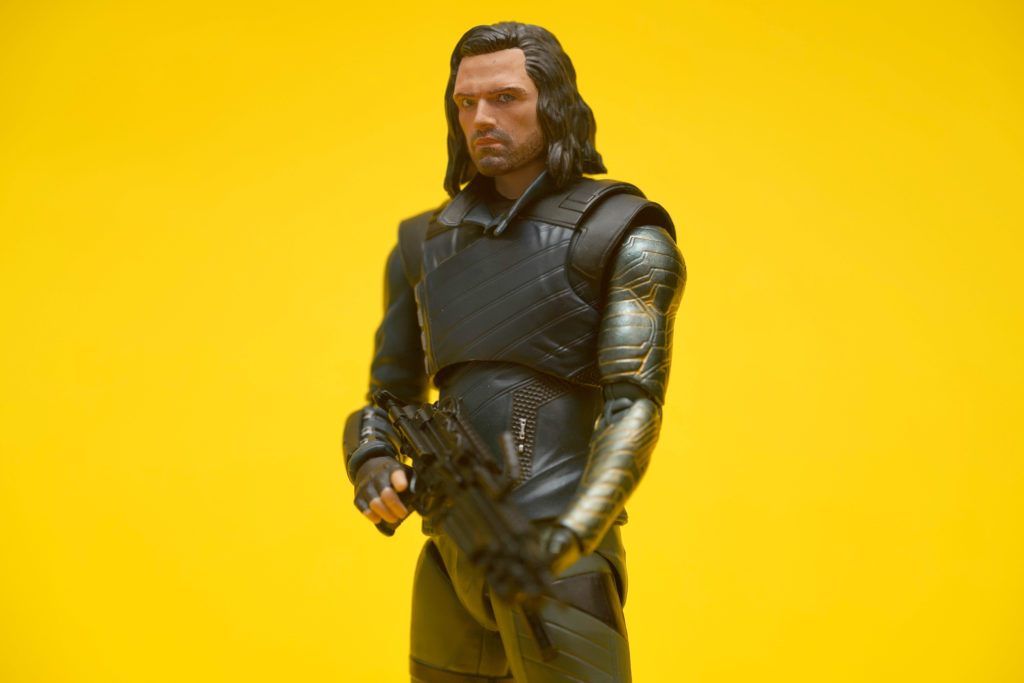 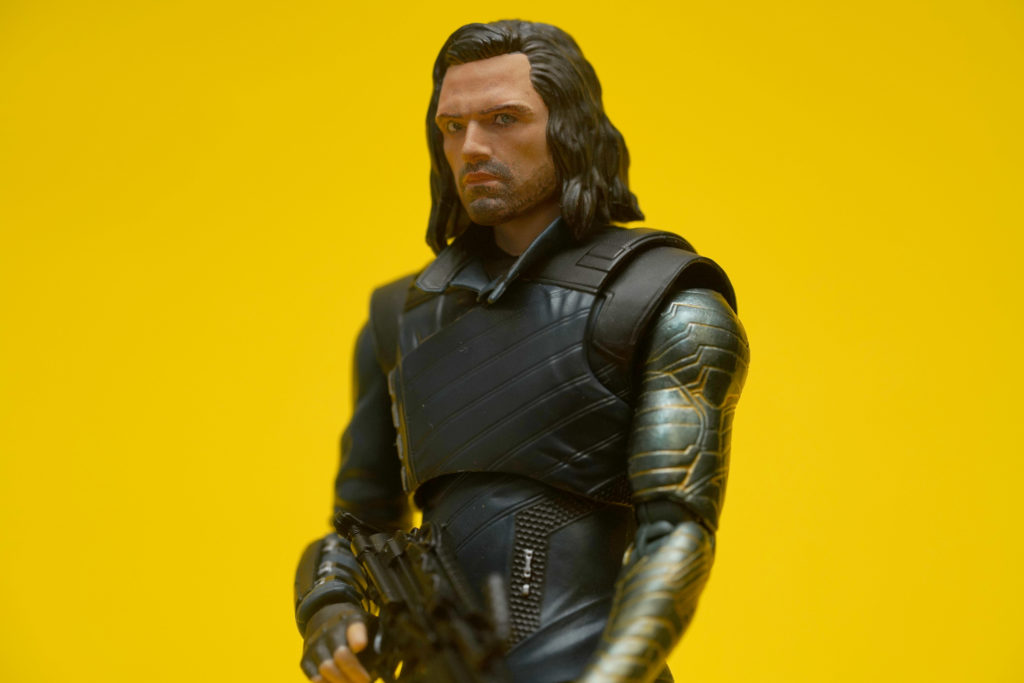 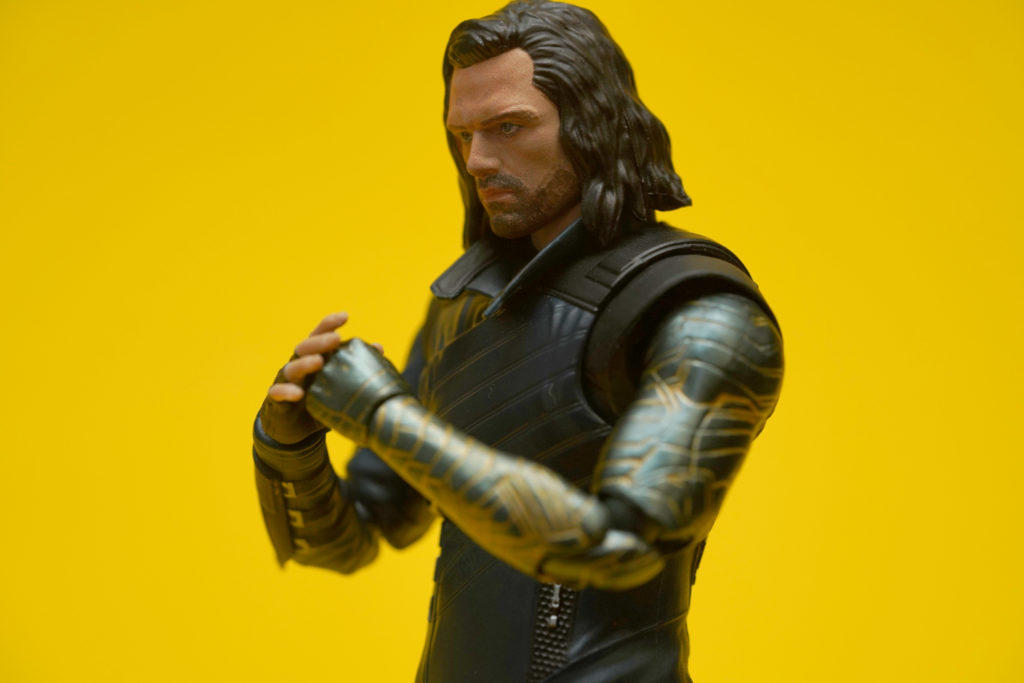 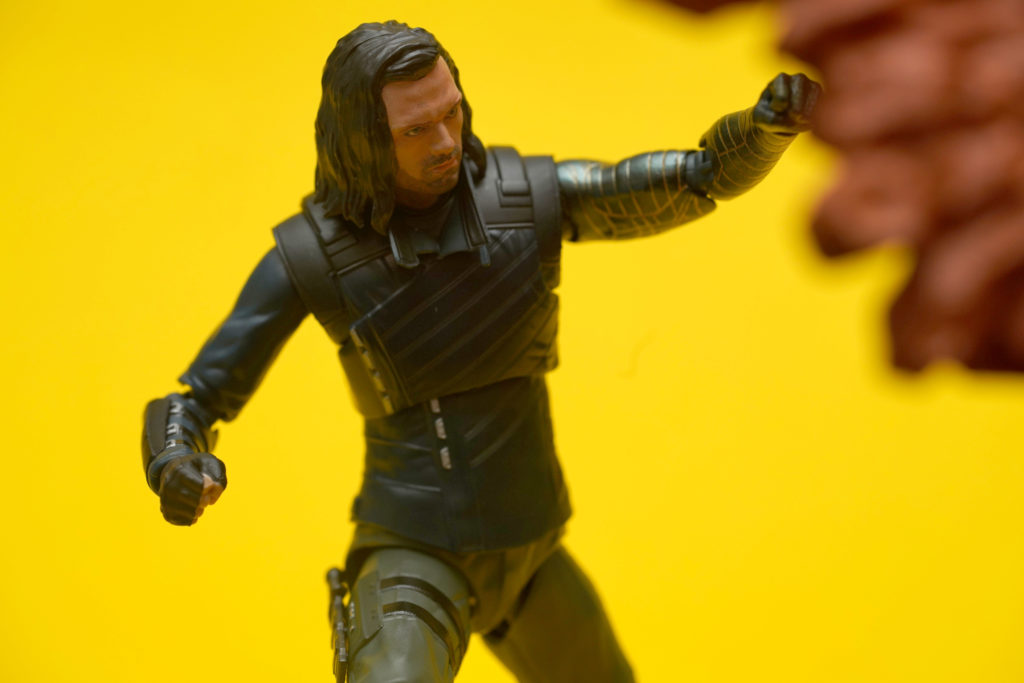