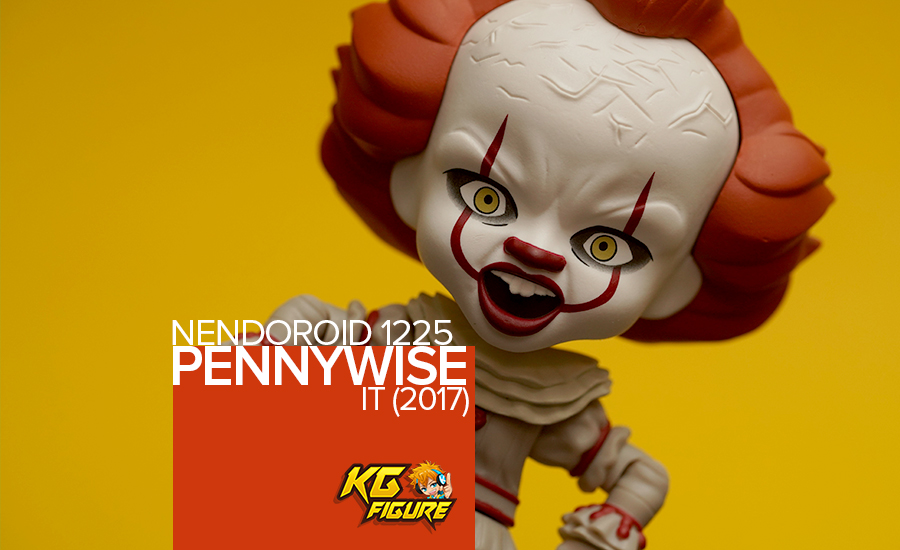 He is probably one of the most recognized clown – until he reveals his true form – I’m talking about, Pennywise. He’s from Stephen King’s IT movie from the 80’s. I saw the 1986 version of the movie and I was very excited when they’ve announced a remake the classic movie.

The best thing about it is that after the Chapter Two remake, The Good Smile Company decided to release Pennywise in a Nendoroid figure!

Today’s review is brought to us by our friends from KG Figures! Be sure to check out their page for figure releases and toys up for sale.

The box design is very simple and the black color really makes a good contrast on the white Pennywise figure. The box size is almost the same size as the Aquaman Nendoroid figure. 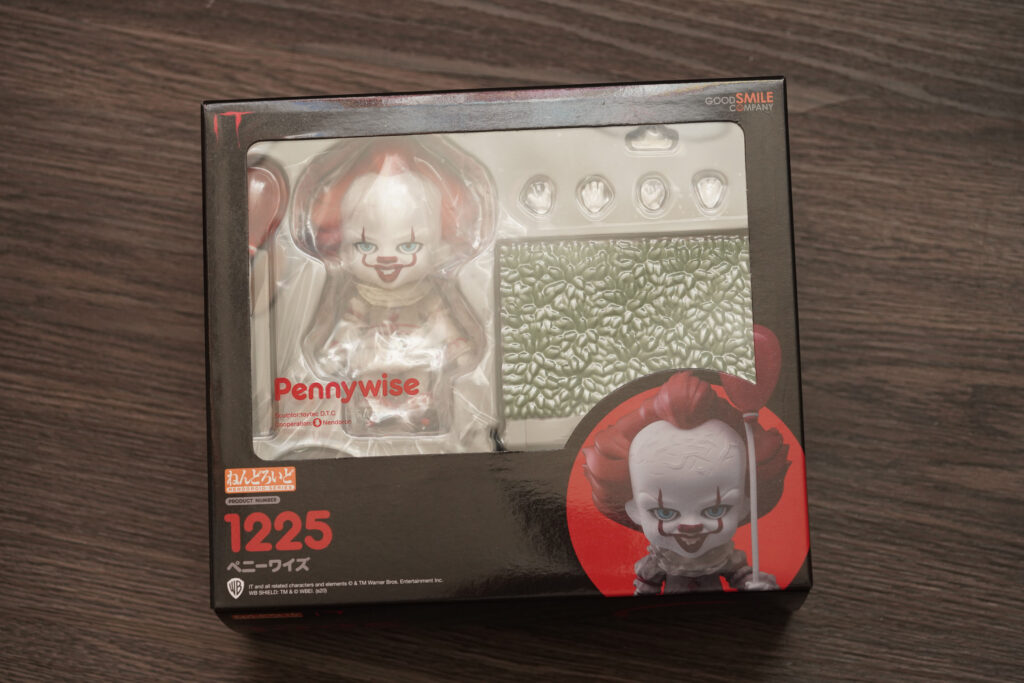 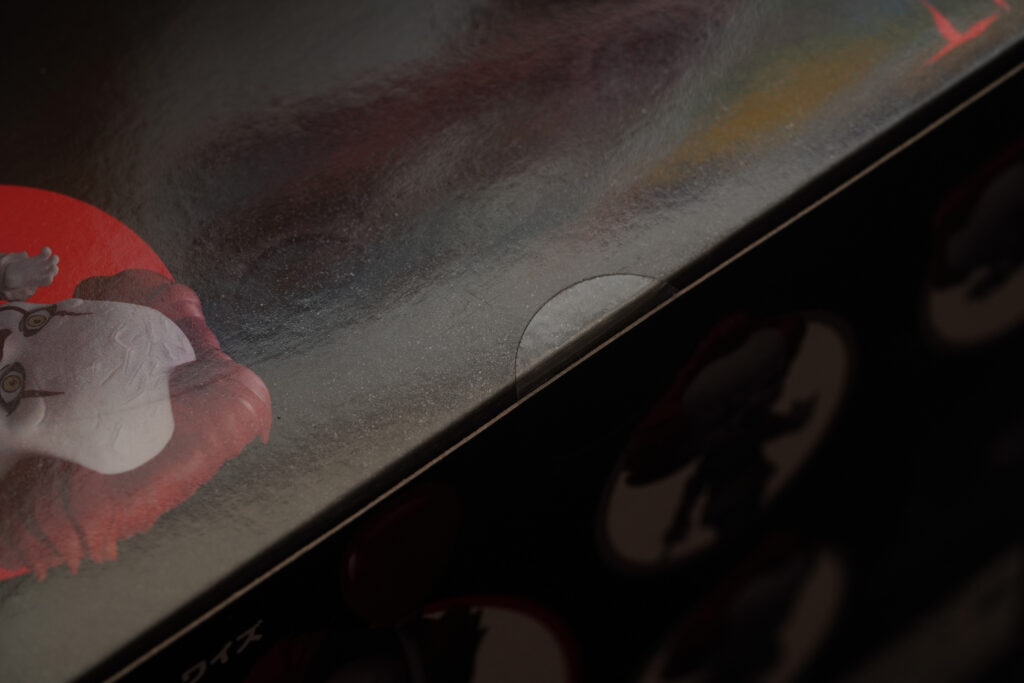 I really liked how they made Pennywise eerily cute – mainly because he is in a chibi form. Even though it’s cute, it still captured the creepy look the Pennywise had. 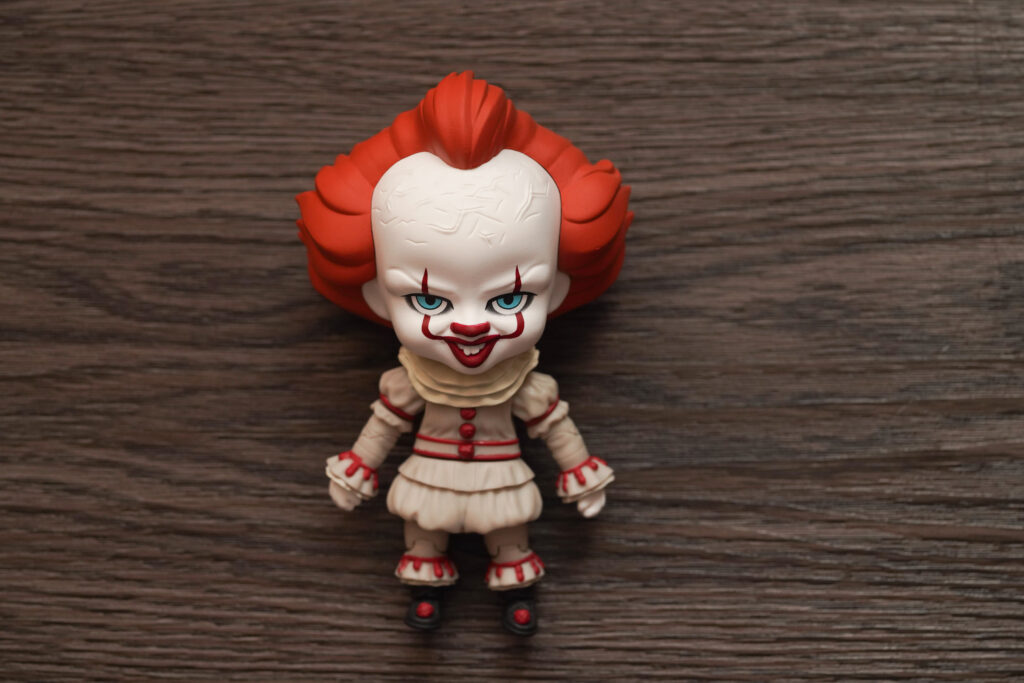 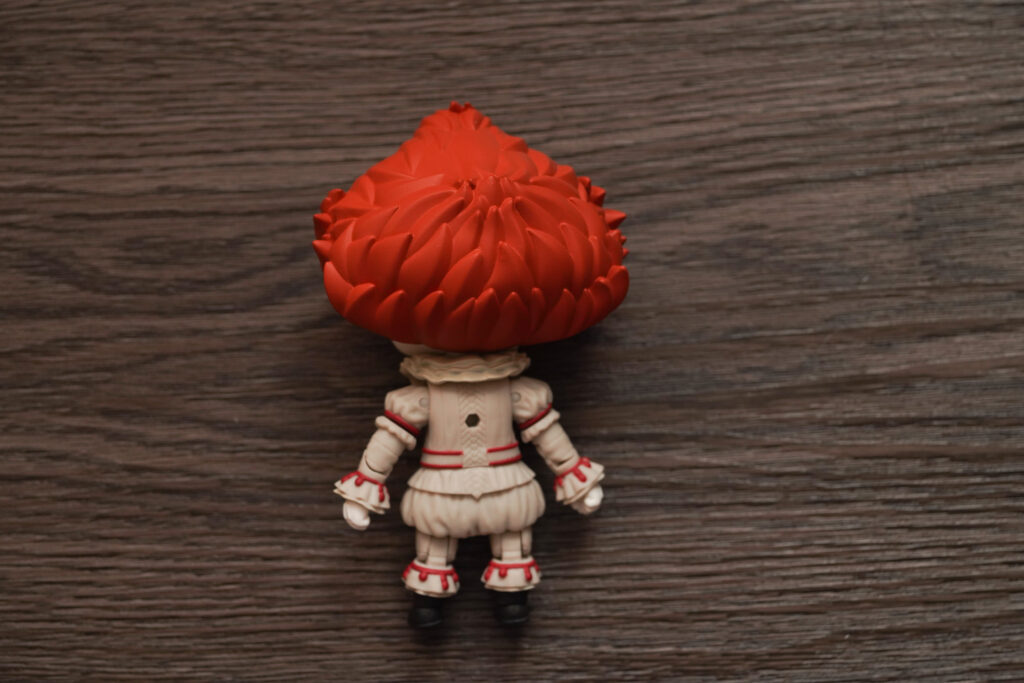 The figure also looks very patterned to the actor who played the role – Bill Skarsgård. I think this figure would go well with a Nendoroid Joker too.

It’s been a while since we got figures from The Good Smile Company that has a good amount of accessories, good thing this set does not disappoint. 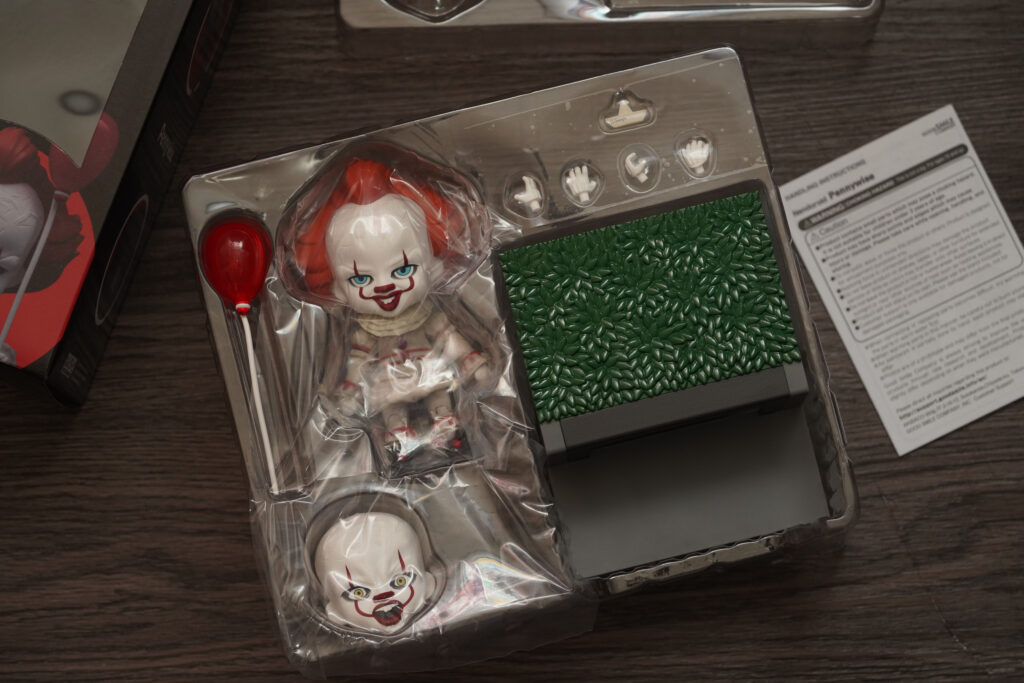 The set includes an additional face plate, interchangeable hands, a toy boat with an S.S> Georgie print, the iconic red balloon, the sewer and the default peg replacement, figure base and stand. 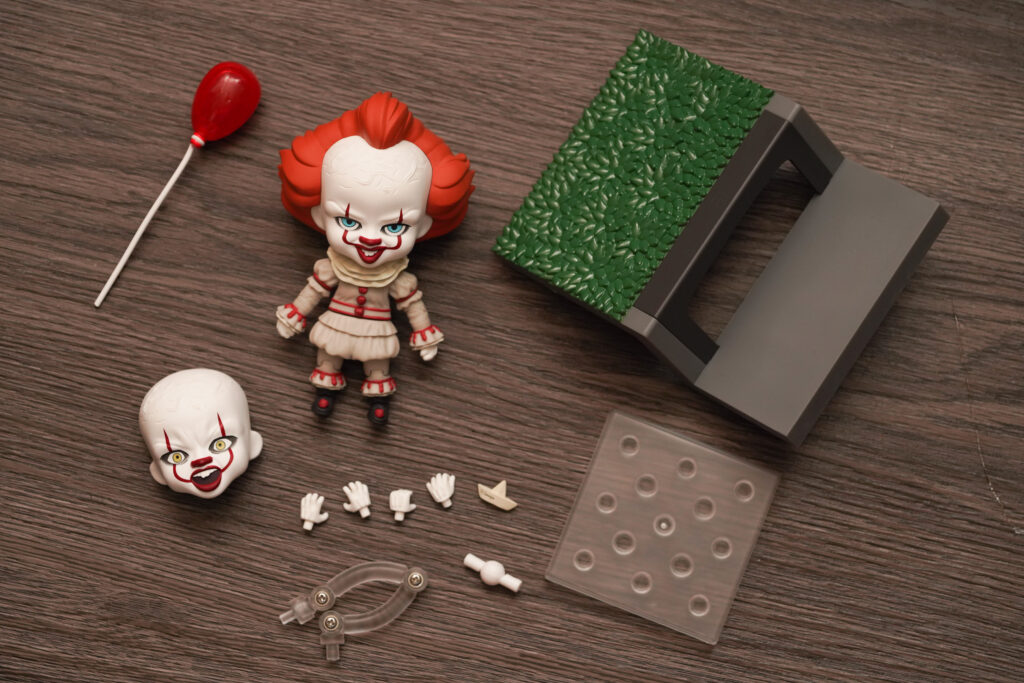 The balloon is semi-transparent – a good detail they’ve added as it would look weird if the balloon was solidly painted. 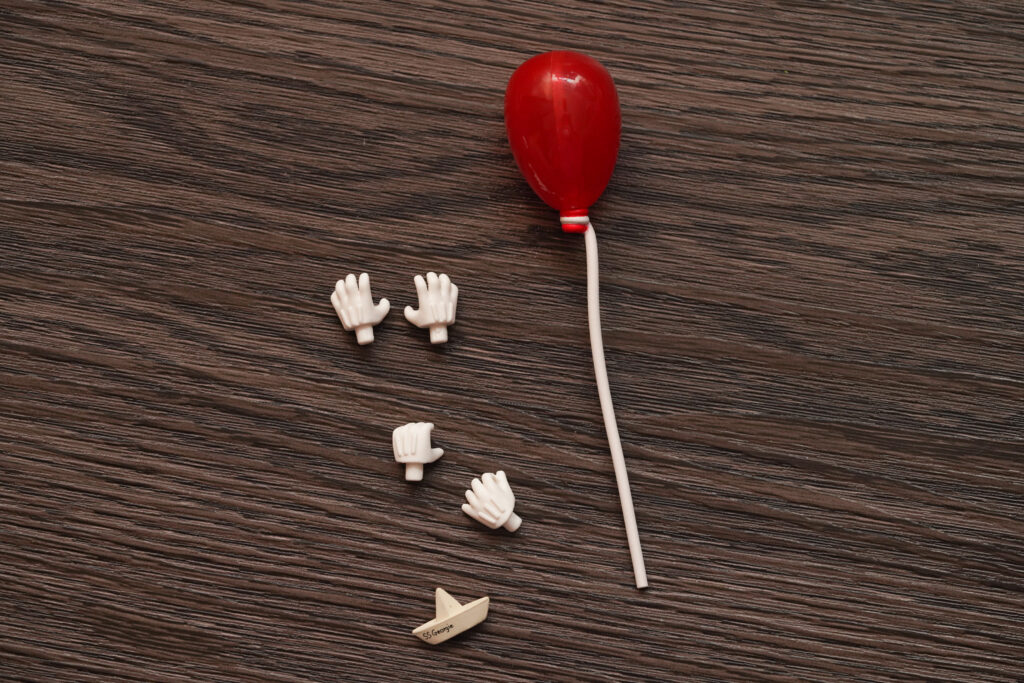 The box also includes an additional paper board for the sewer accessory to fit into – I didn’t realize it at first until I’ve read the box flap instruction. 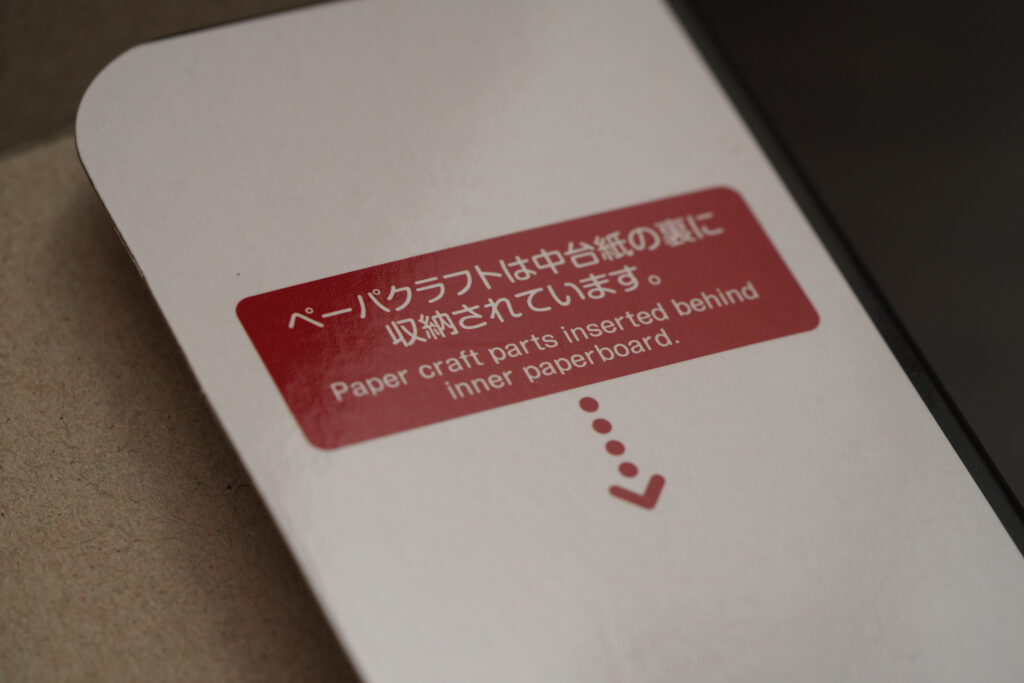 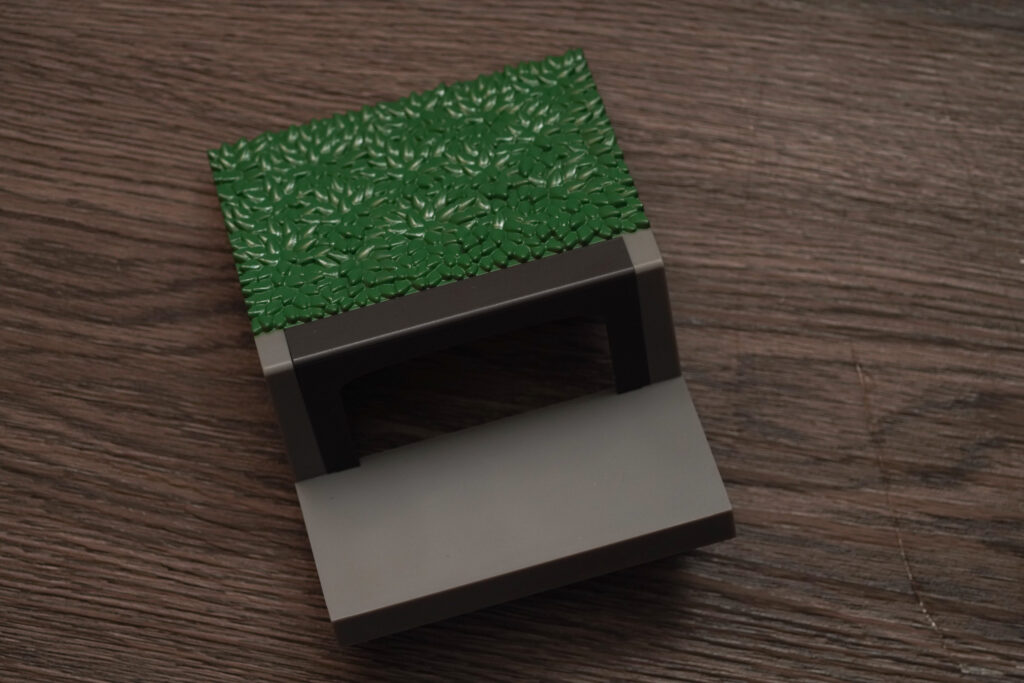 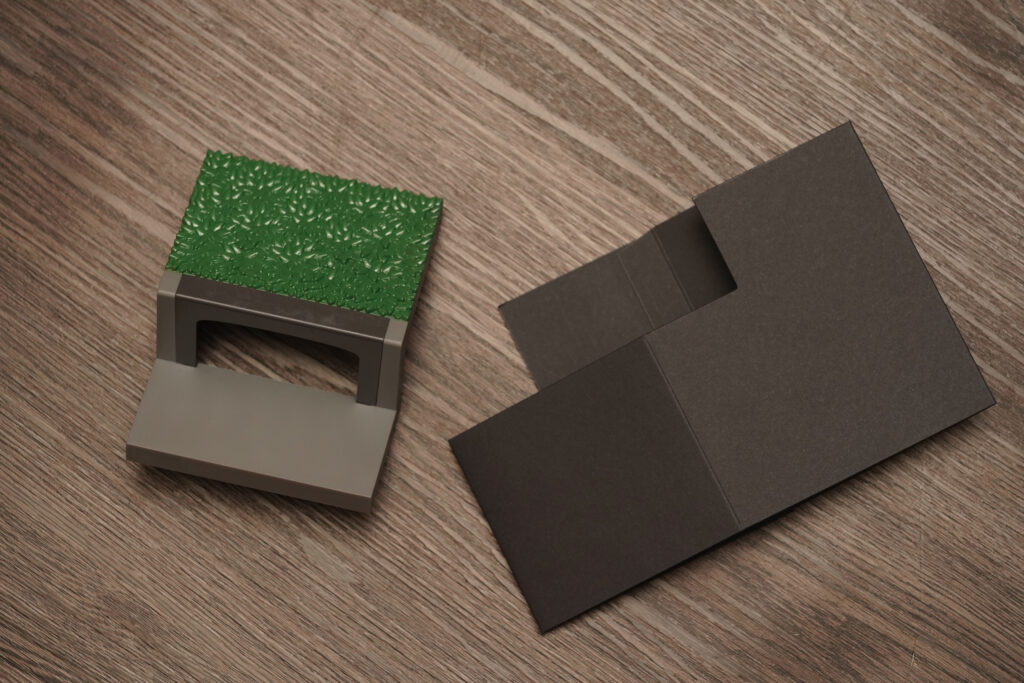 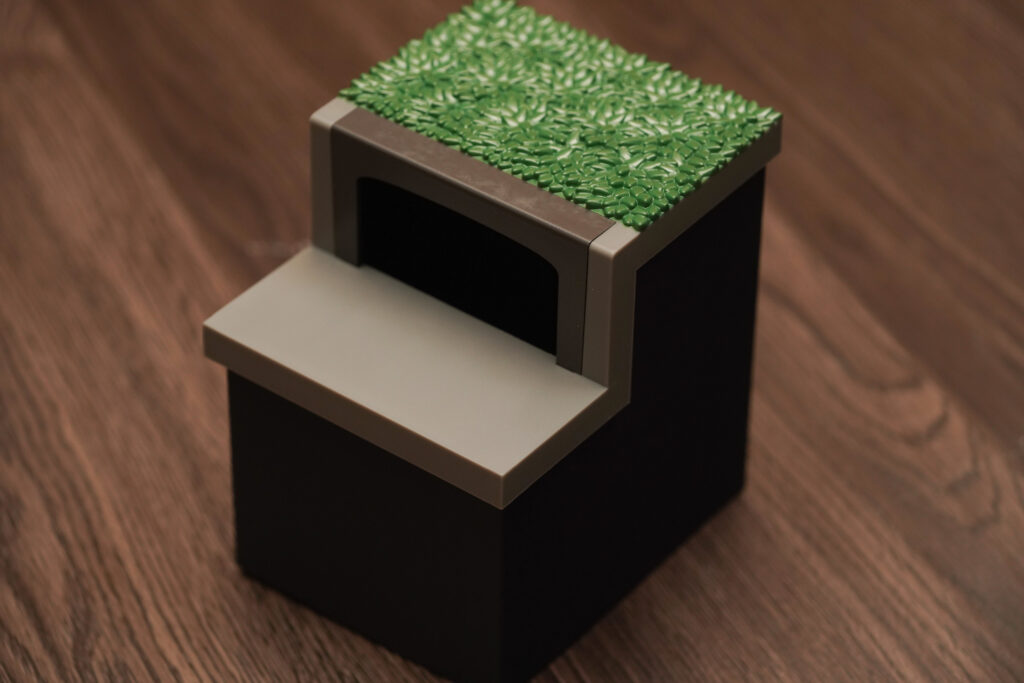 Despite the figure being colored white, it’s surprising to see many details added to the figure. I really like how they’ve added details on the forehead – they managed to add the make-up cracks! 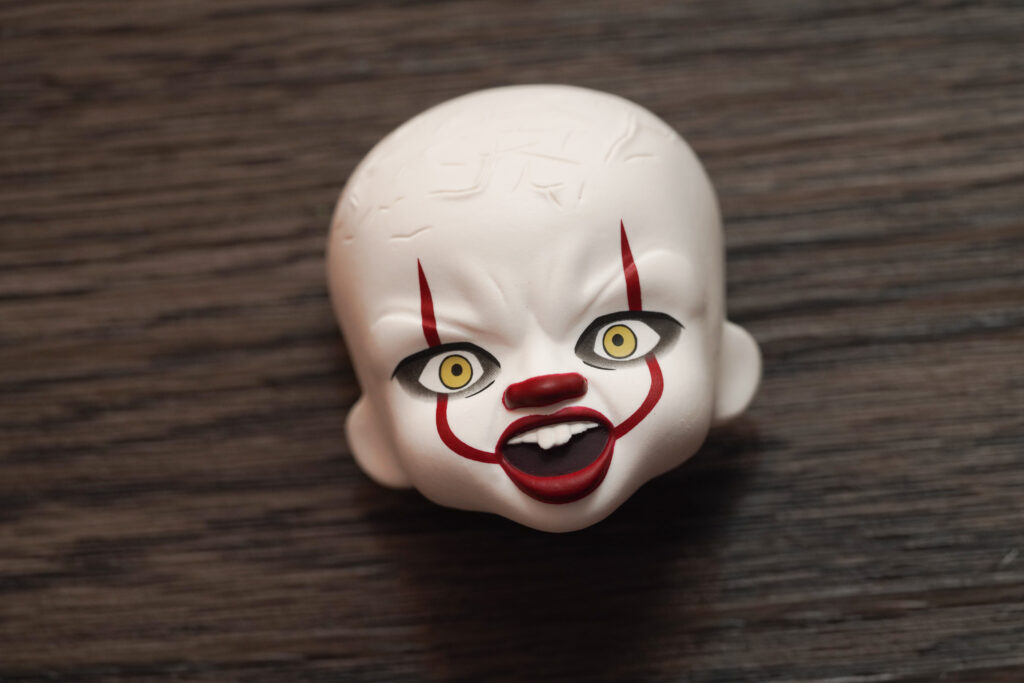 The colors really give a good pop which make the figure feel alive. The paint apps on the figure is also nicely made, I like how they stayed true to the film’s colors for the outfit contrasting the white face of Pennywise. 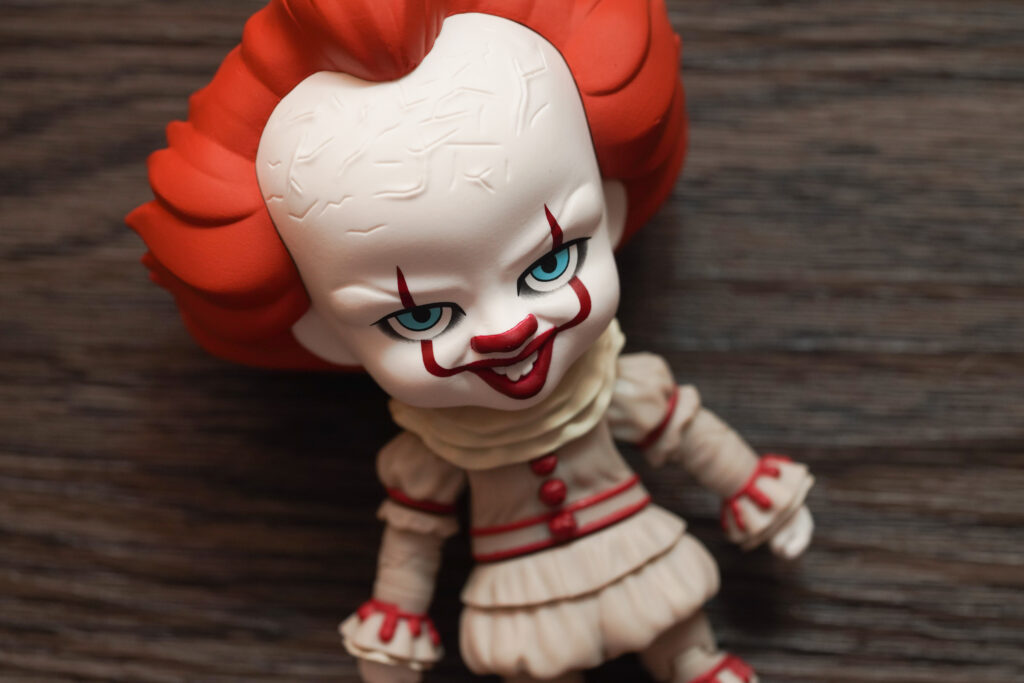 Also, the hand written text in the paper boat is also a nice addition as it made it more authentic. 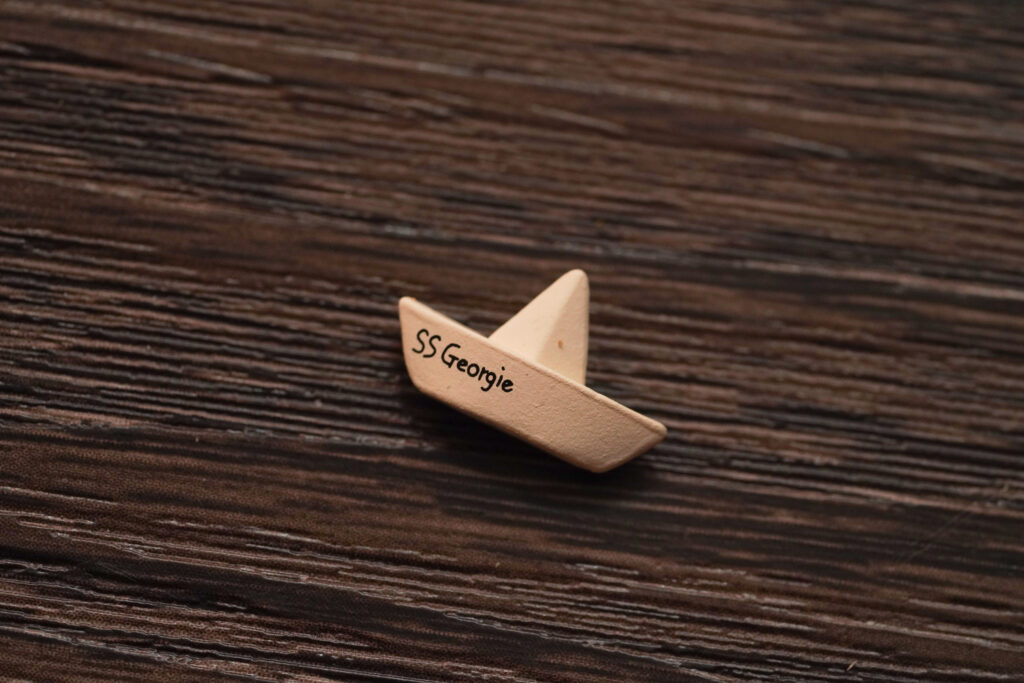 The arms and legs are bendable which is a better figure built, I guess it would be harder if we have many peg replacement parts. 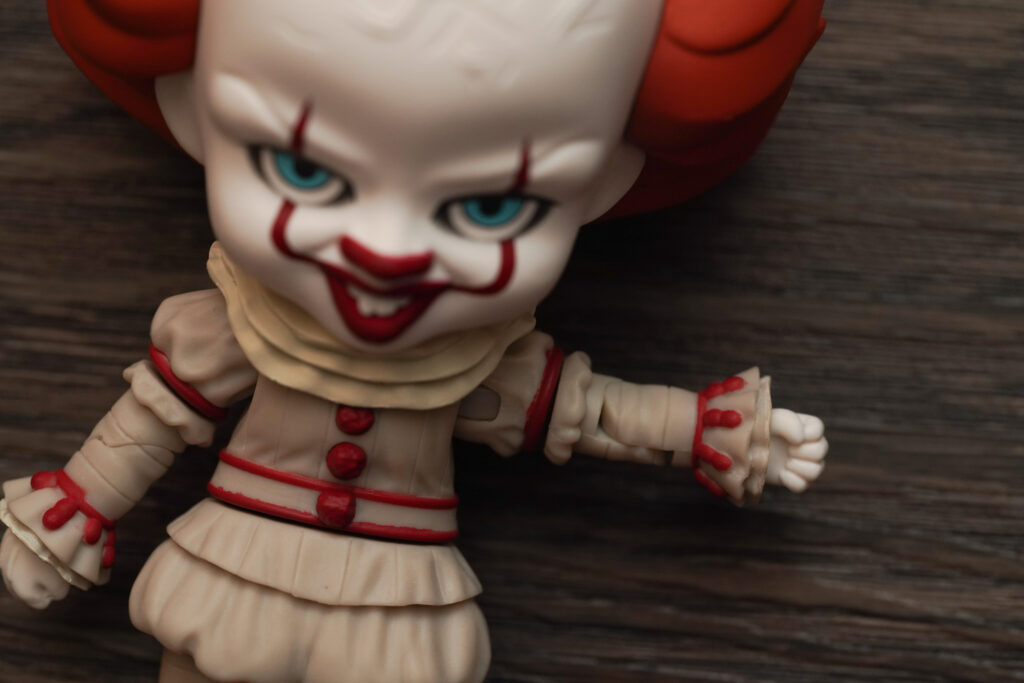 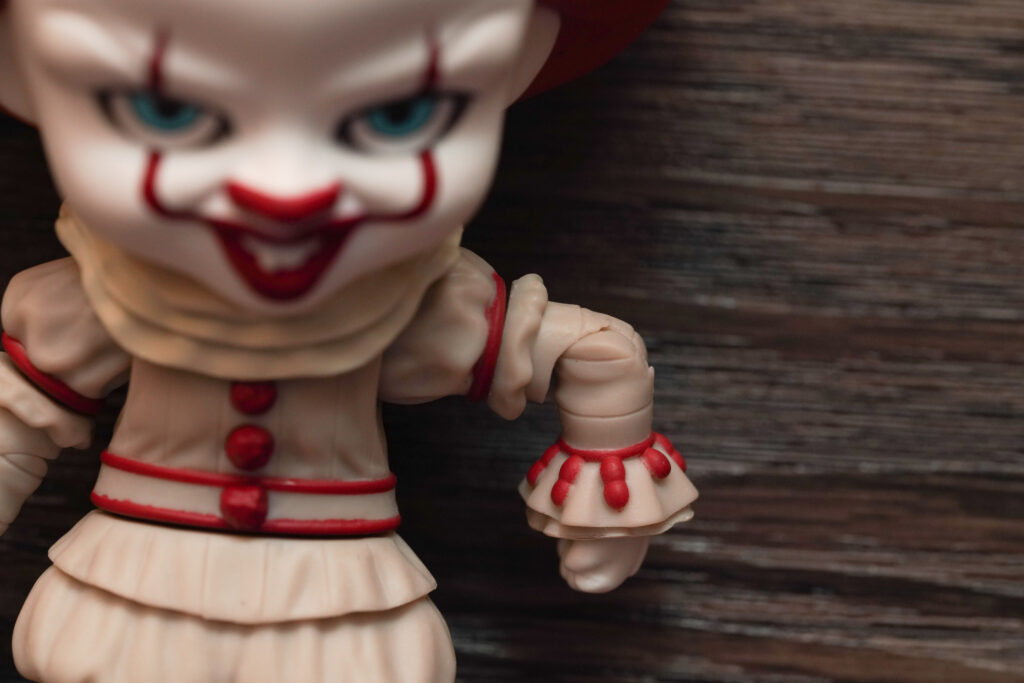 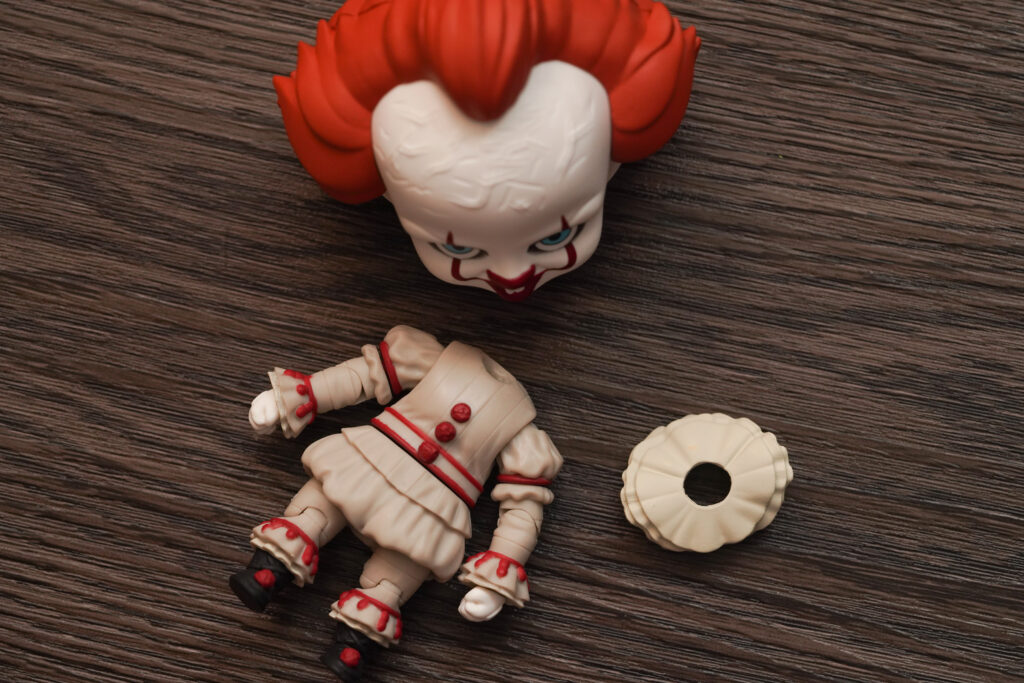 They made holes on the inside of the skirt which shows a peg connecting the legs from the main skirt part. I imagine if this was a normal pegs for the legs connecting it would be more hard to move the figure and pose it. 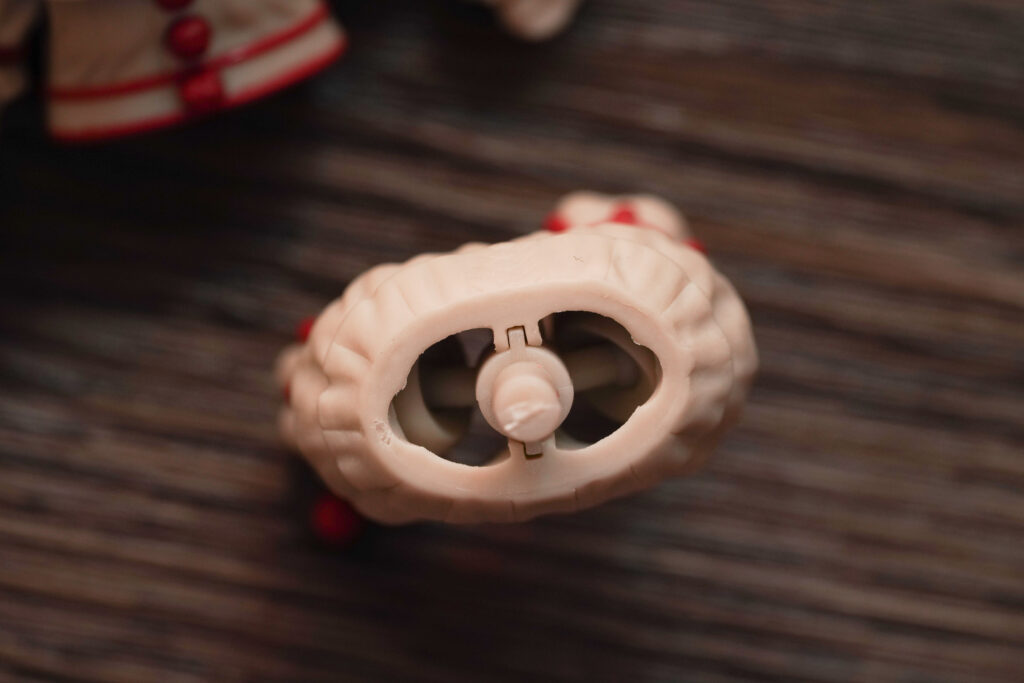 The figure also gives a good menacing look the Pennywise had in the 2017 movie remake. As I said early they managed to make him cute and scary at the same time. 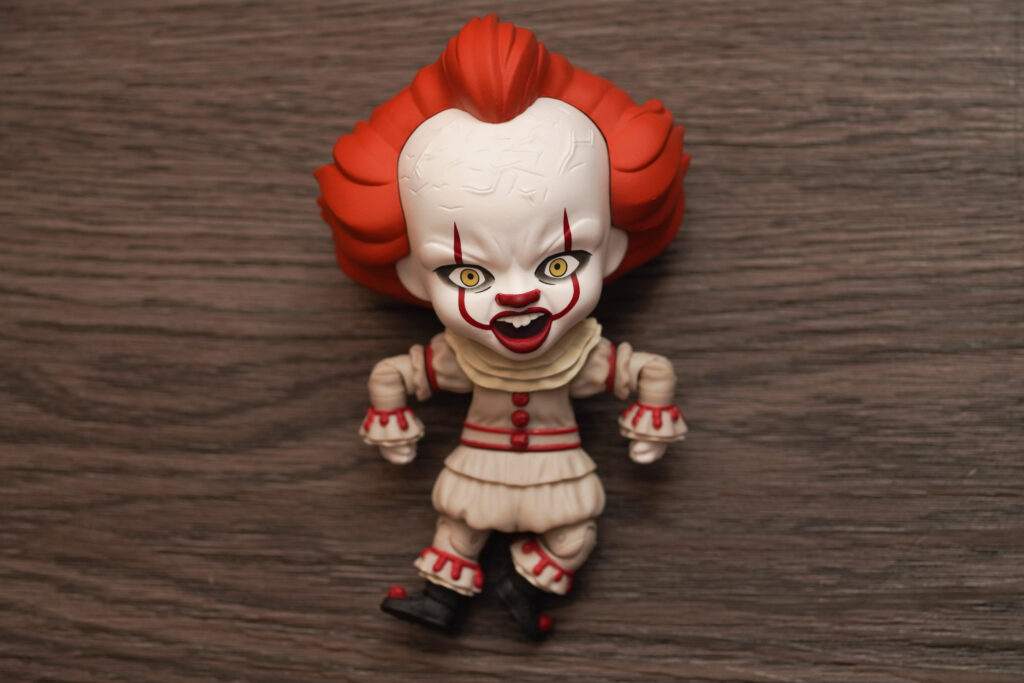 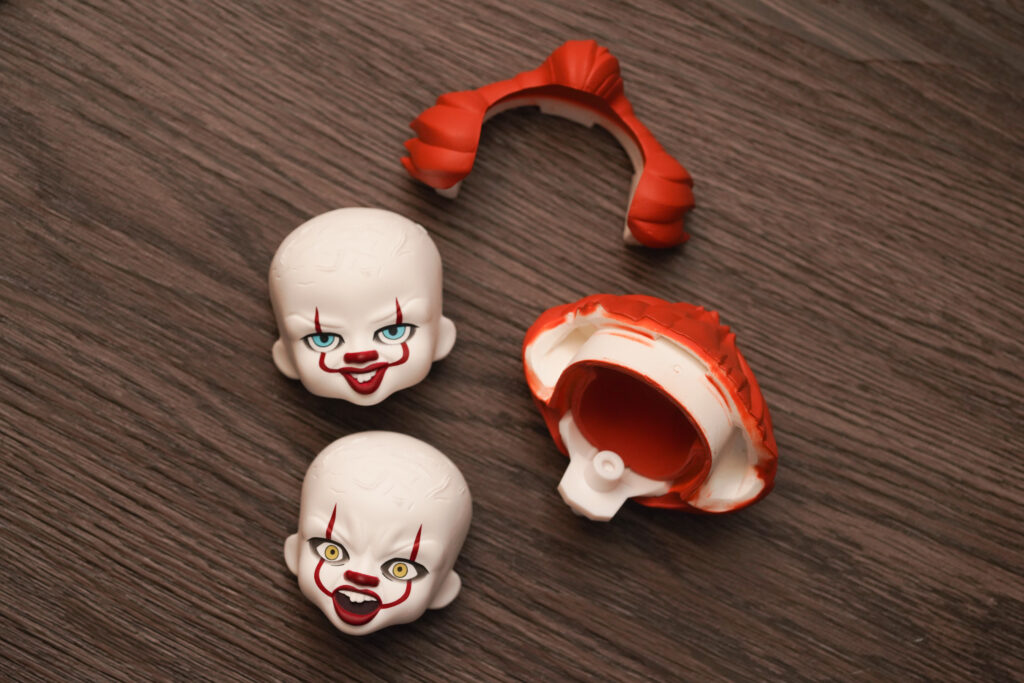 I hope we get to see more iconic movie characters tuned into Nendoroid figures – those who are not Disney, Marvel, or DC of course! This is a cool figure to have especially if you saw the remake movie. Just make sure to store it strategically – you don’t want to wake up one night having this figure staring at you down. We don’t know how Pennywise thinks right?

To get your own Pennywise Nendoroid figure, be sure to check our KG Figures. Click the banner below to go to their page.

Here are some photos I took with the figure – I really like the fire background one as it reminds me of the eerie scene from Chapter One. 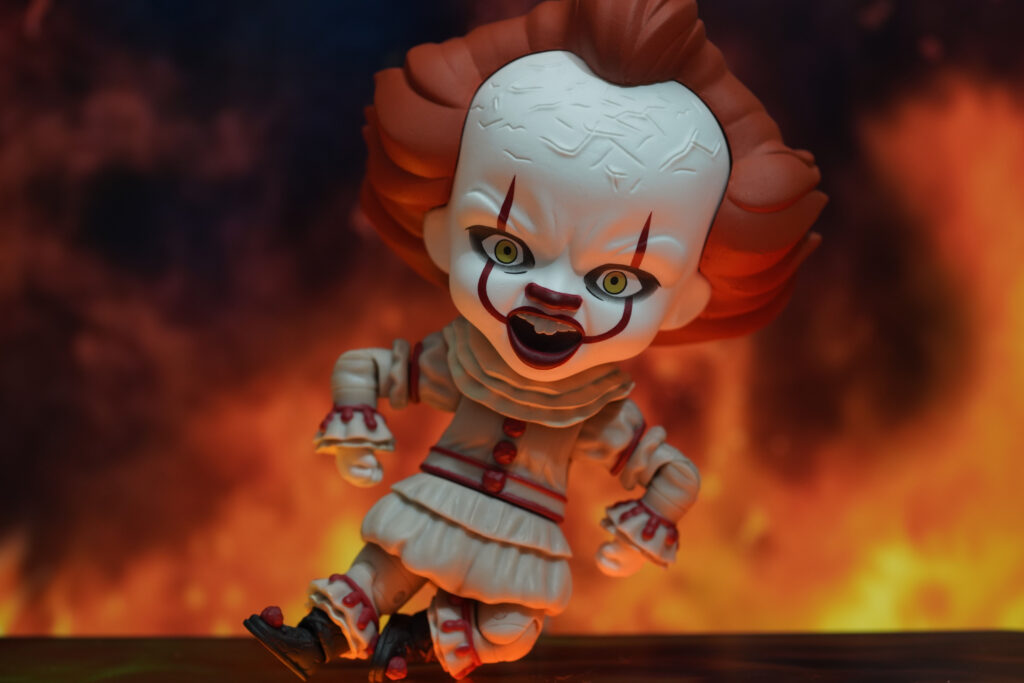 “We all float down.” 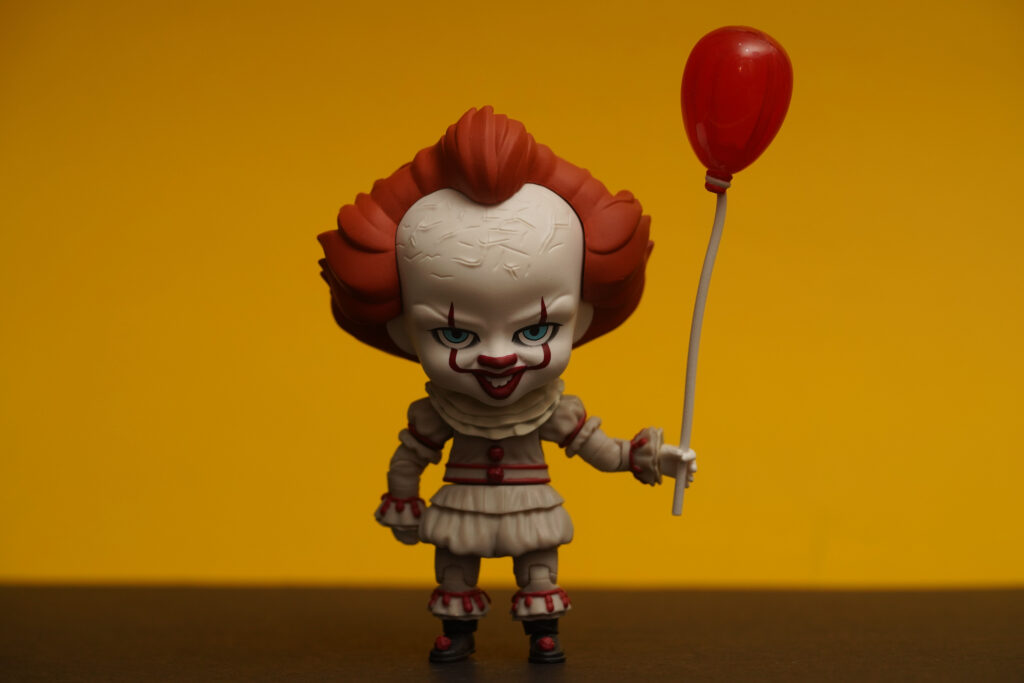 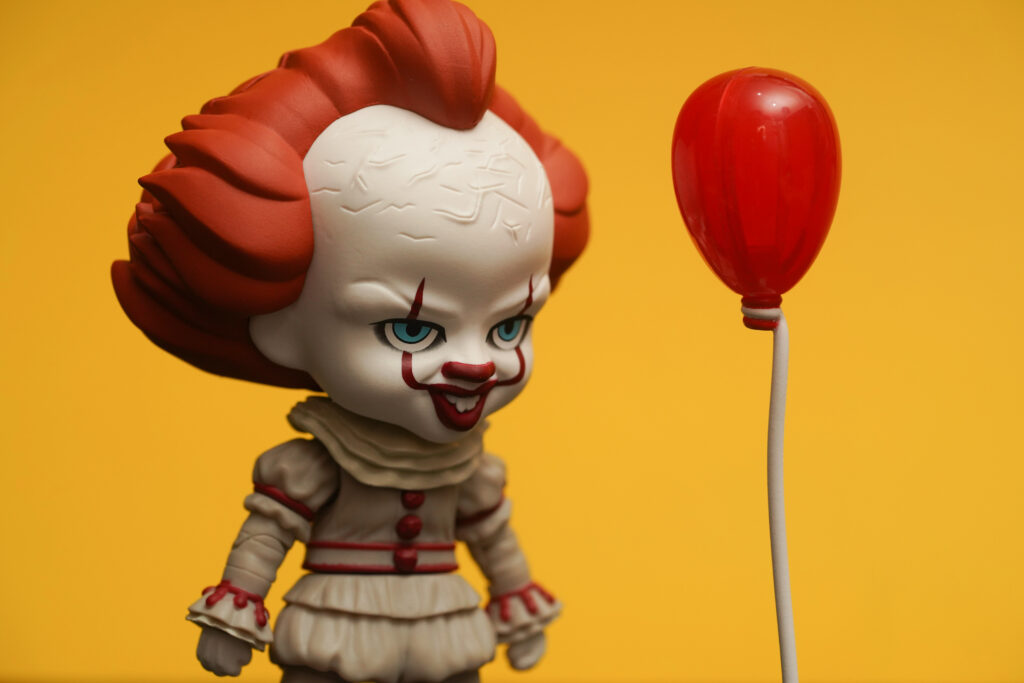 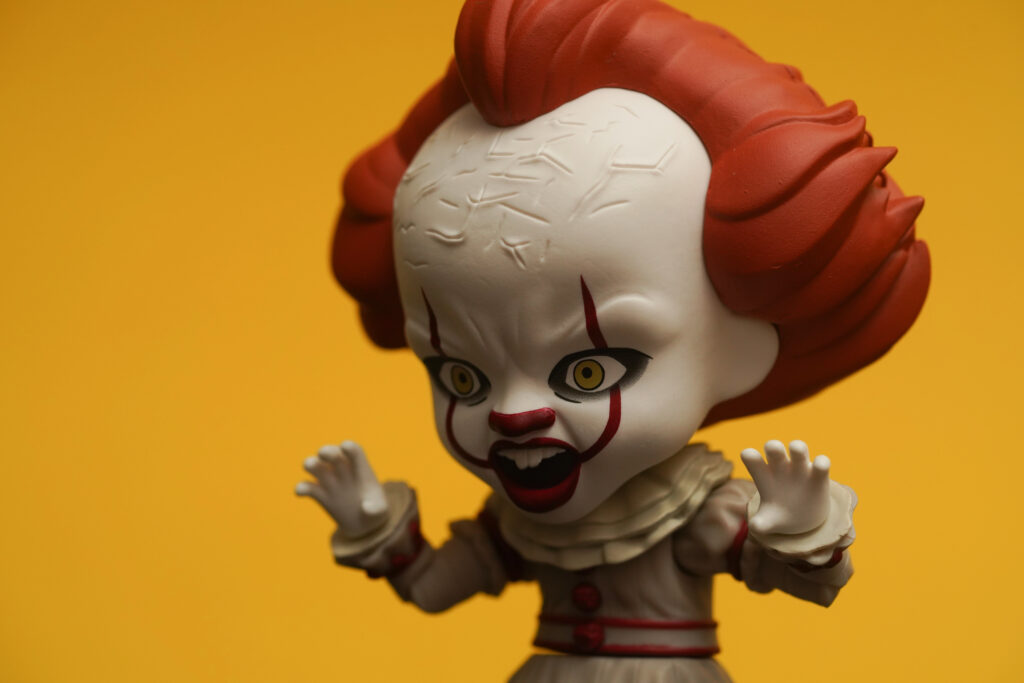 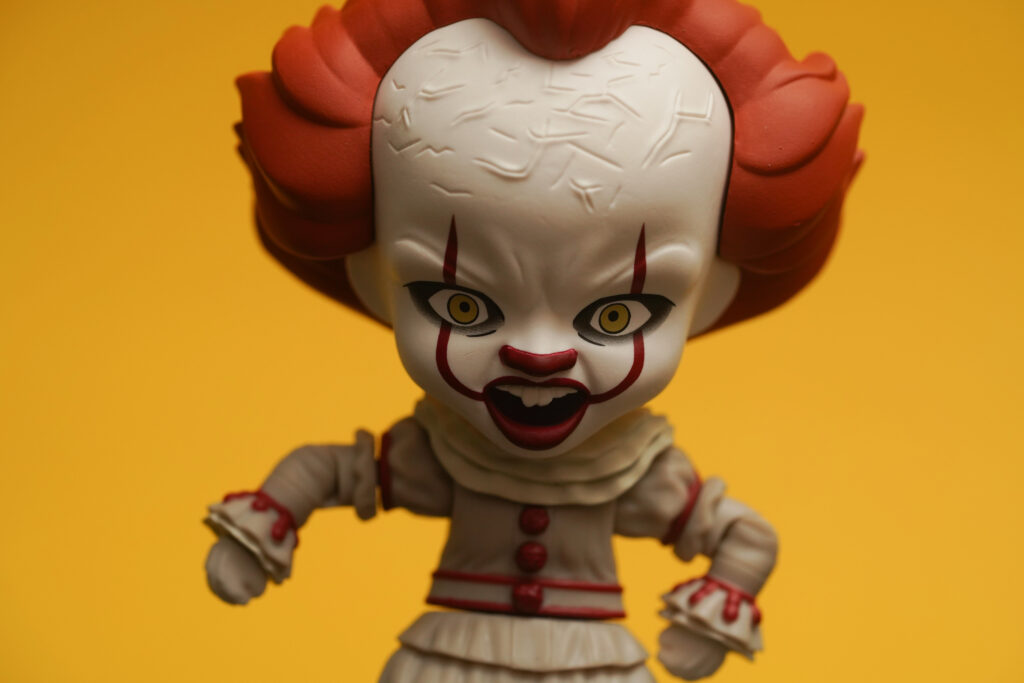 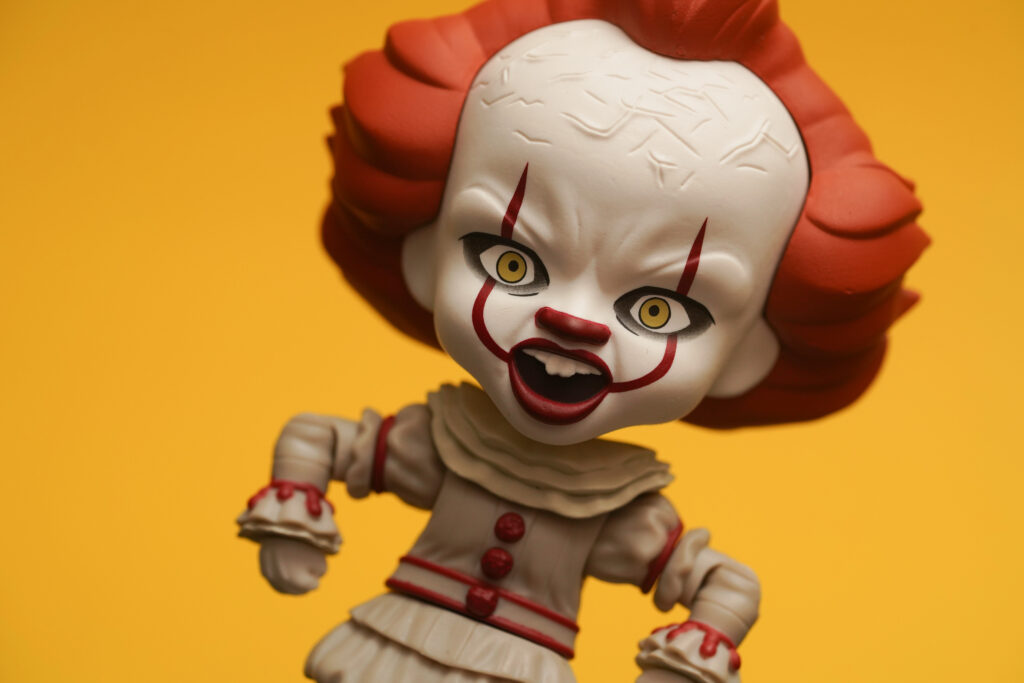 Here are some shots with the sewer accessory. 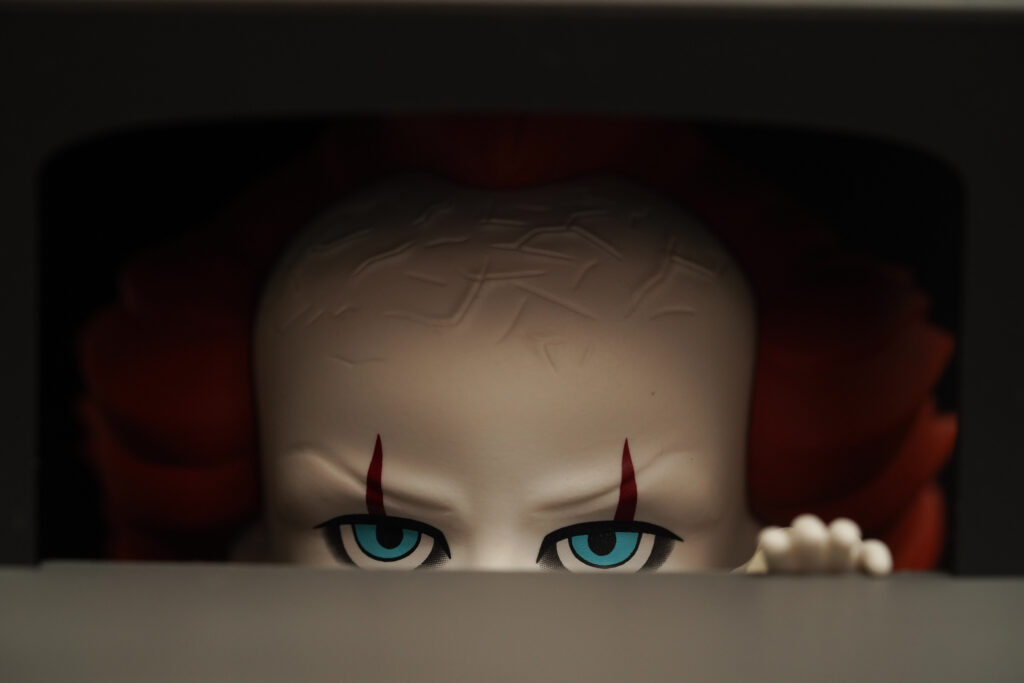 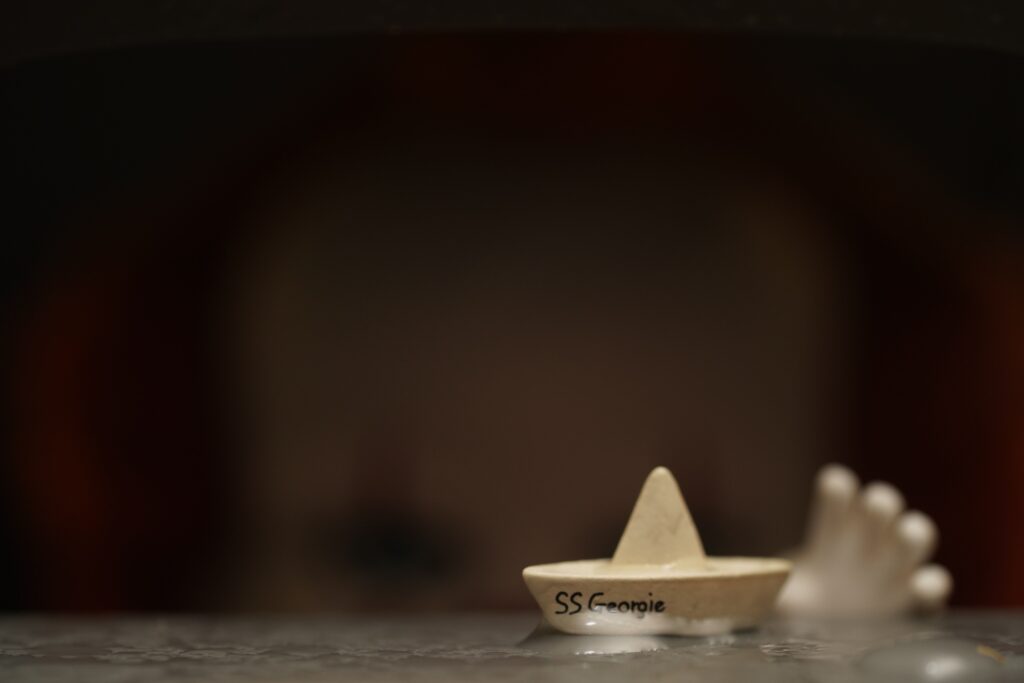