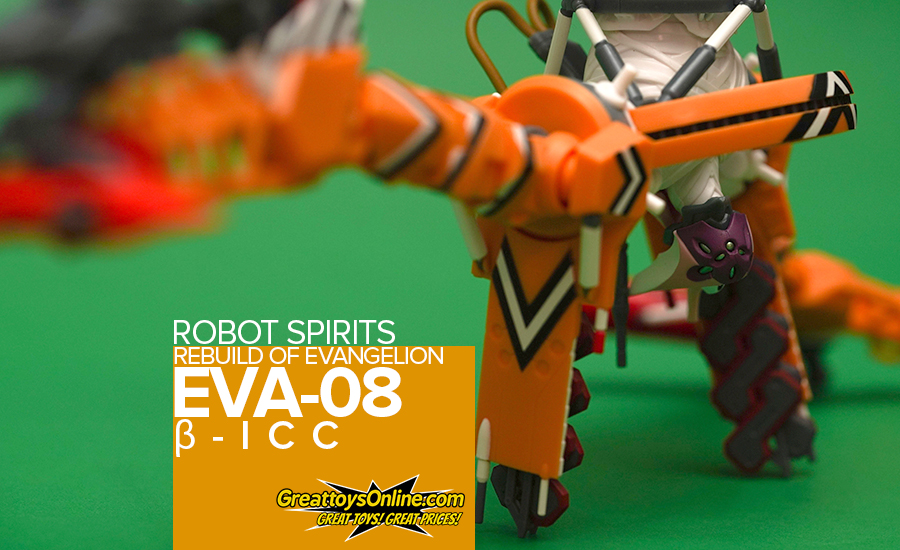 If you’re a 90s kid, you’ve probably heard of the Neon Genesis Evangelion series – well that series had a film series retelling which is the Rebuild of Evangelion. EVA-08 is part of the new film series and this robot will be the main figure that I’ll be reviewing for this post.

This review is brought to us by our friends from GreatToys Online. To see more GundamMetal Robot Spirits figures up for sale, you may visit their stores, their new e-commerce website, and even their social media sites.

The box design is fairly colored based on EVA-08’s color scheme which is pink. The figure can also be seen from the back of the box, probably because they wanted to highlight the look of the figure more on the box’s artwork. 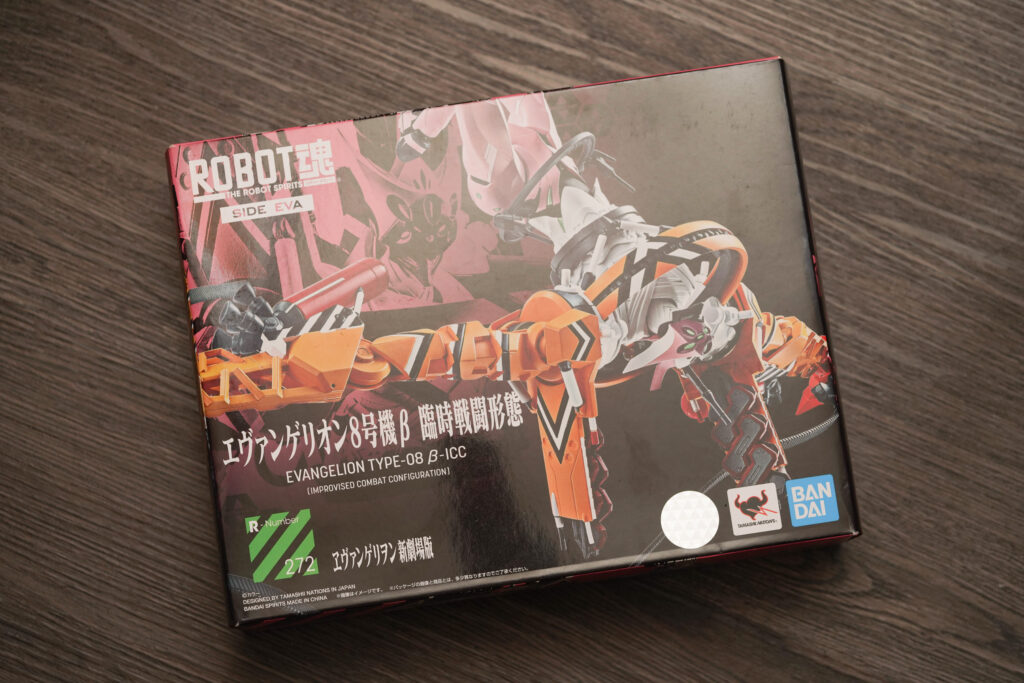 I also liked how the box artwork shows what EVA-09 can do with its unique β-ICC forme. 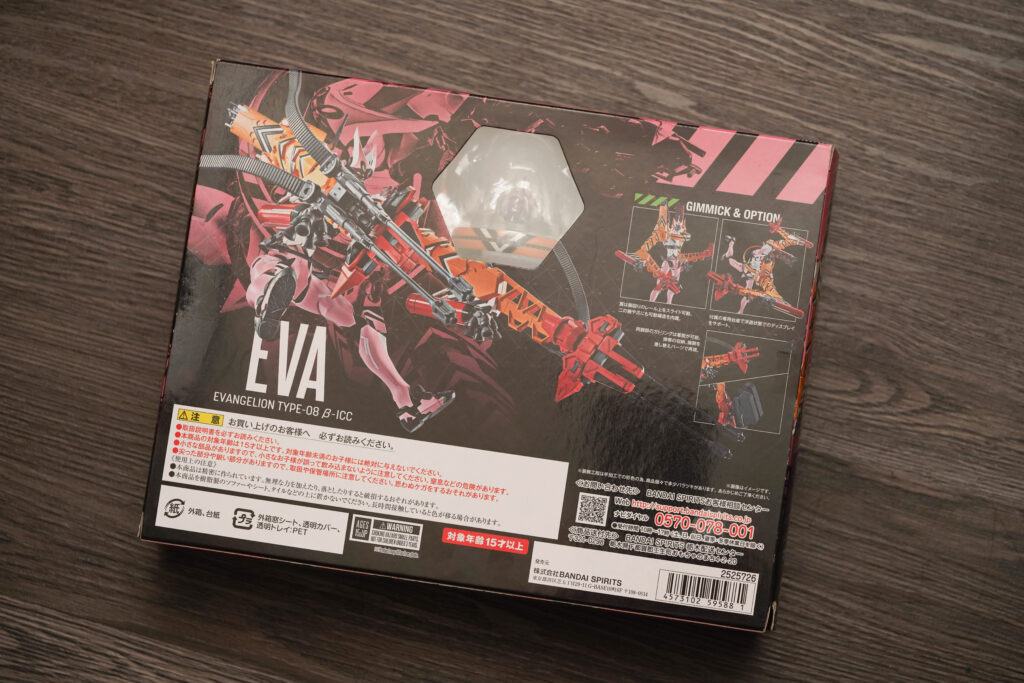 When I got this figure, I was curious about how the figure was built as EVA-08 β-ICC is quite complicated. I would say that the figure built is very unique, the articulation points are very different from what I’ve reviewed before. 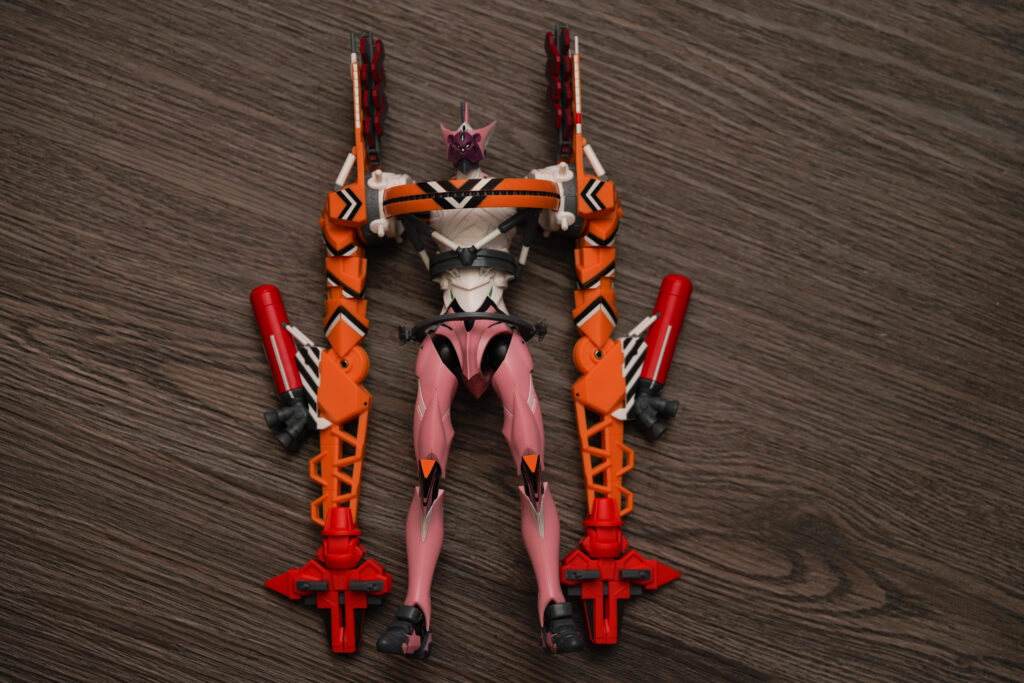 I liked how the arms are nicely connected to the rails of the figure and how it rotates which I’ll discuss more on the figure details and articulation part of this review. 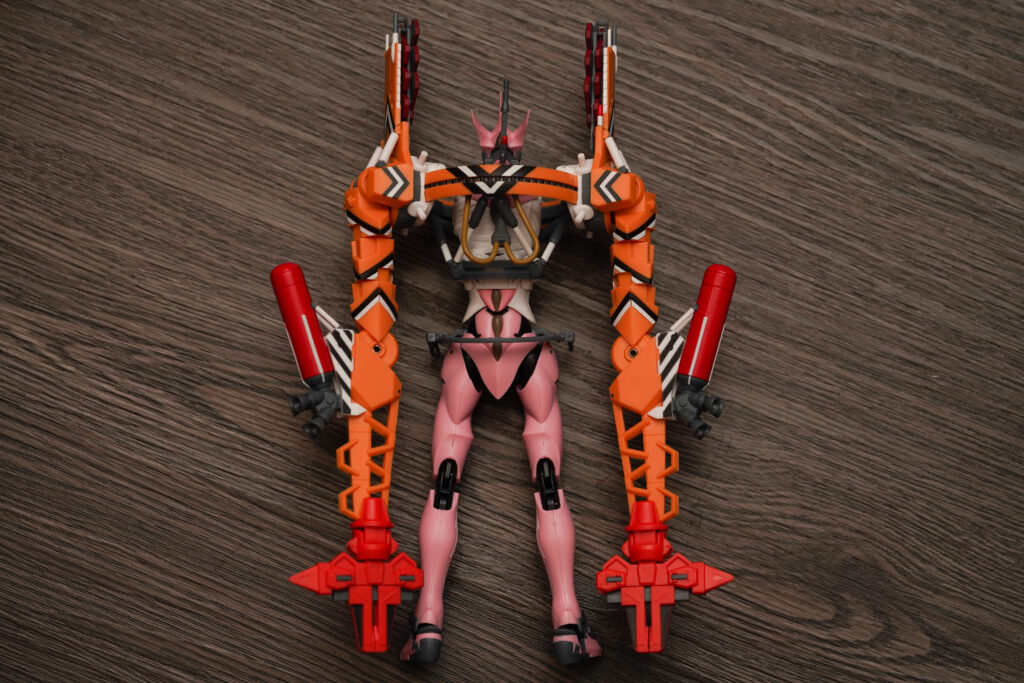 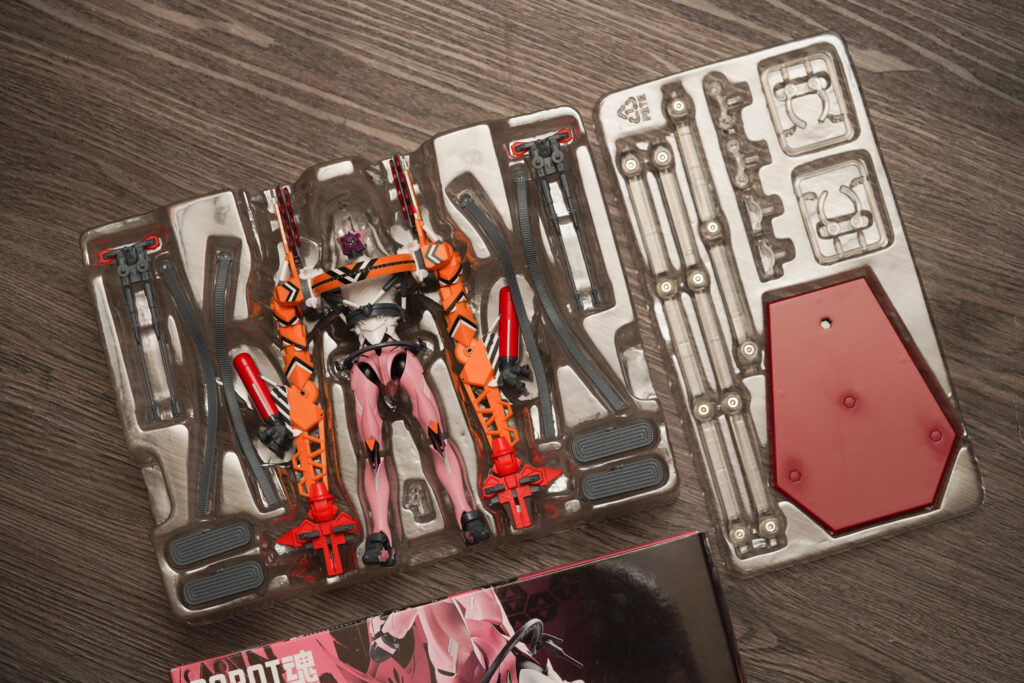 I really liked that they’ve included a stage act on this set with different figure holders and bendable poles. 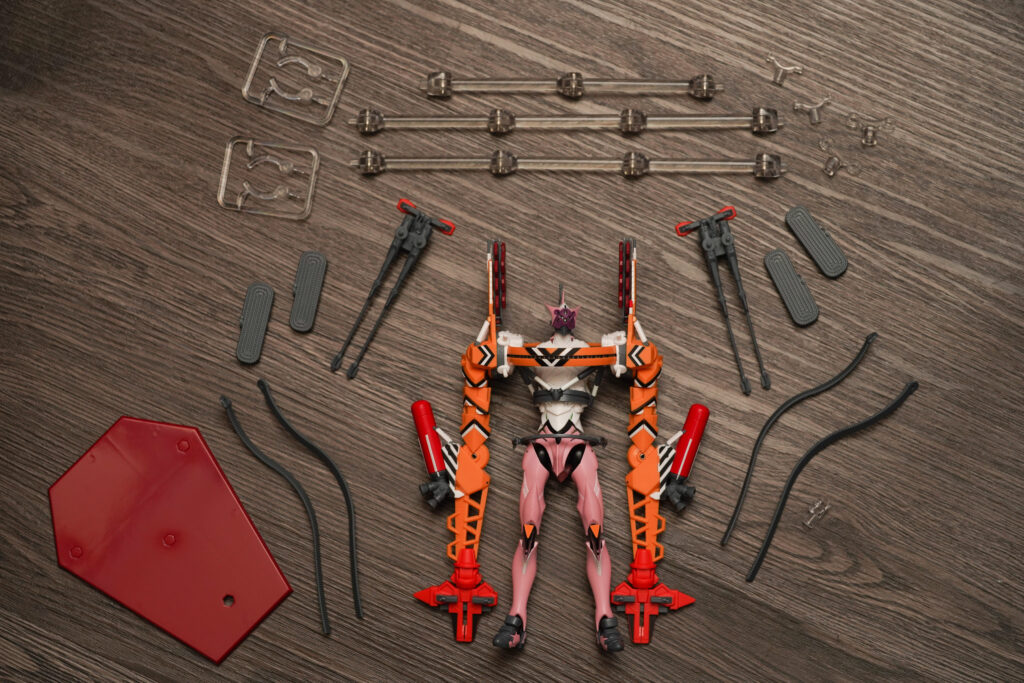 Given the distinctive build for EVA-08, this figure has quite a unique articulation form and details. AS mentioned earlier, what I really liked was the arms’ articulation connected to the circular rails on its body. 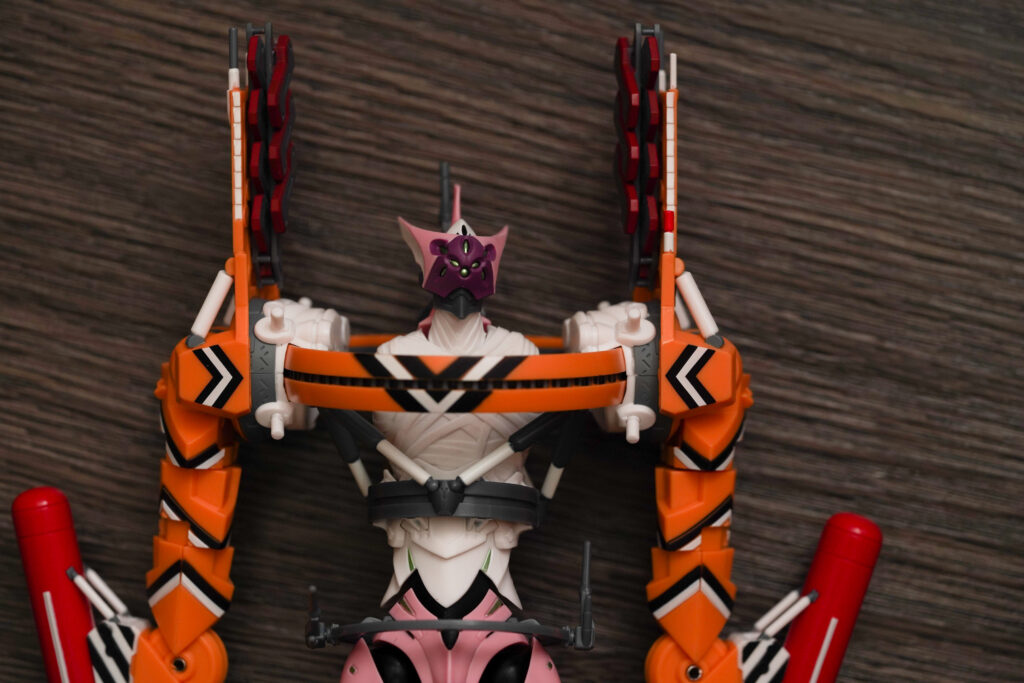 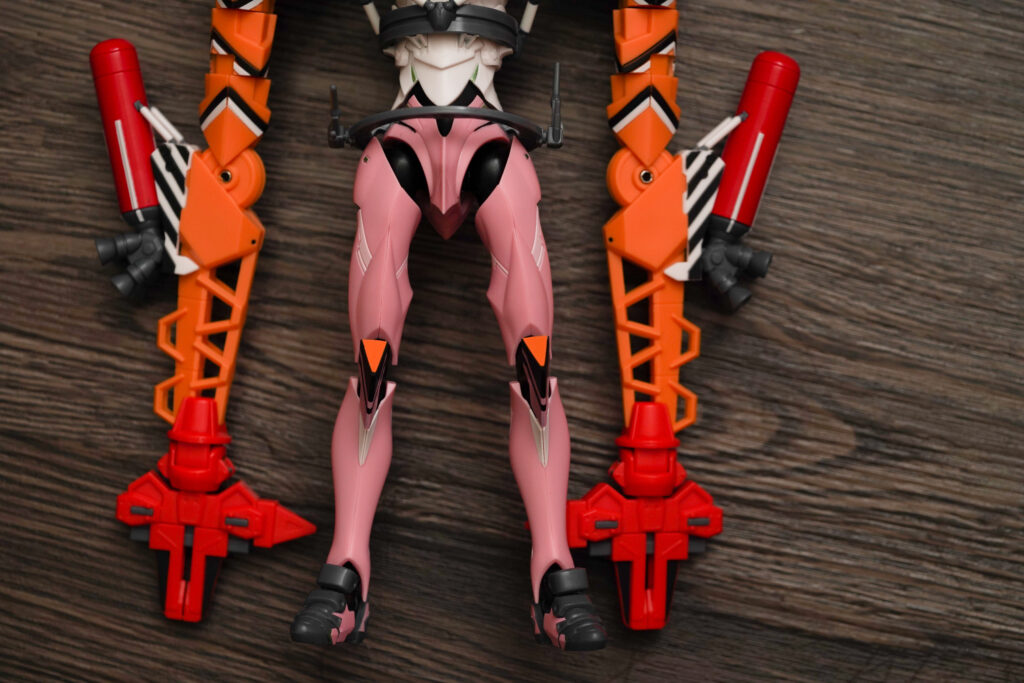 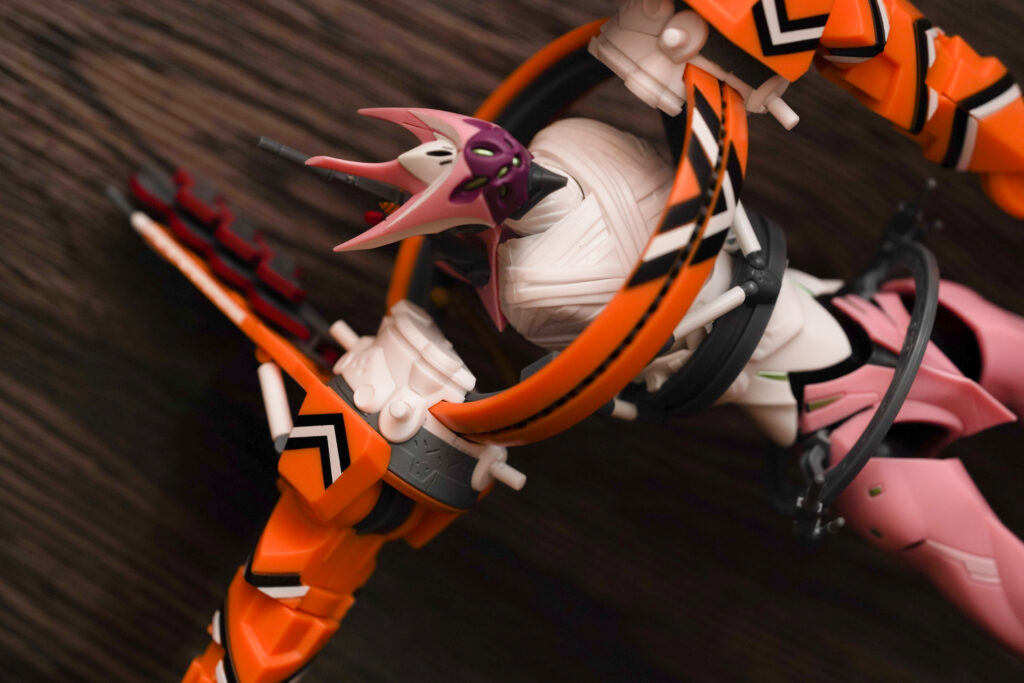 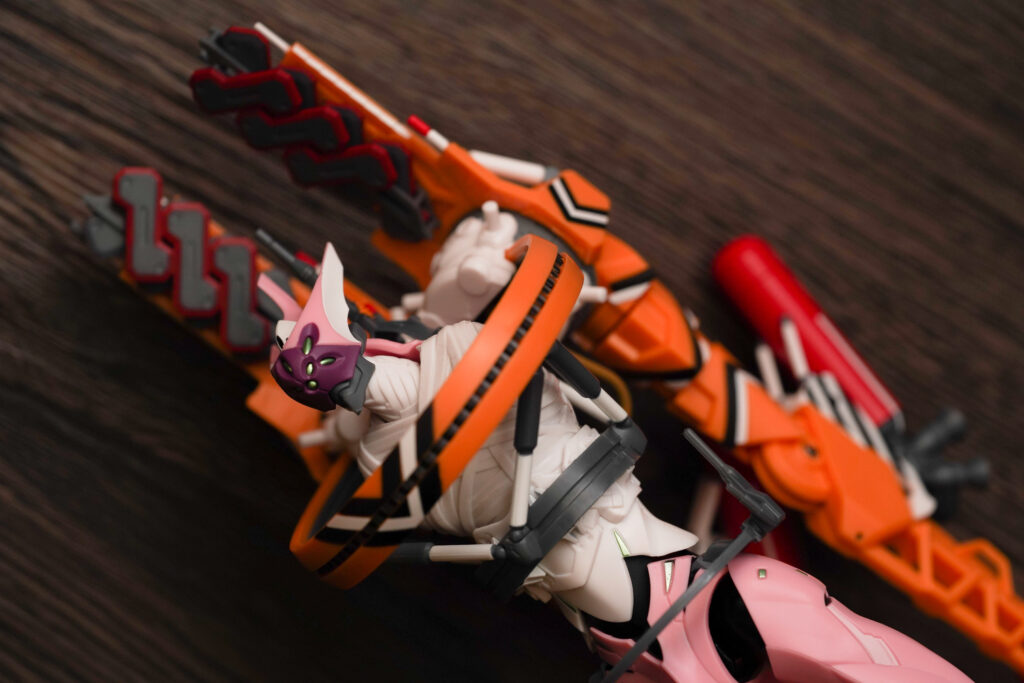 I really find this detail on the figure very nice as it stays very series-accurate on how EVA-08 is and how it operates. I like that you can do many different poses with it given that the form is really unique. 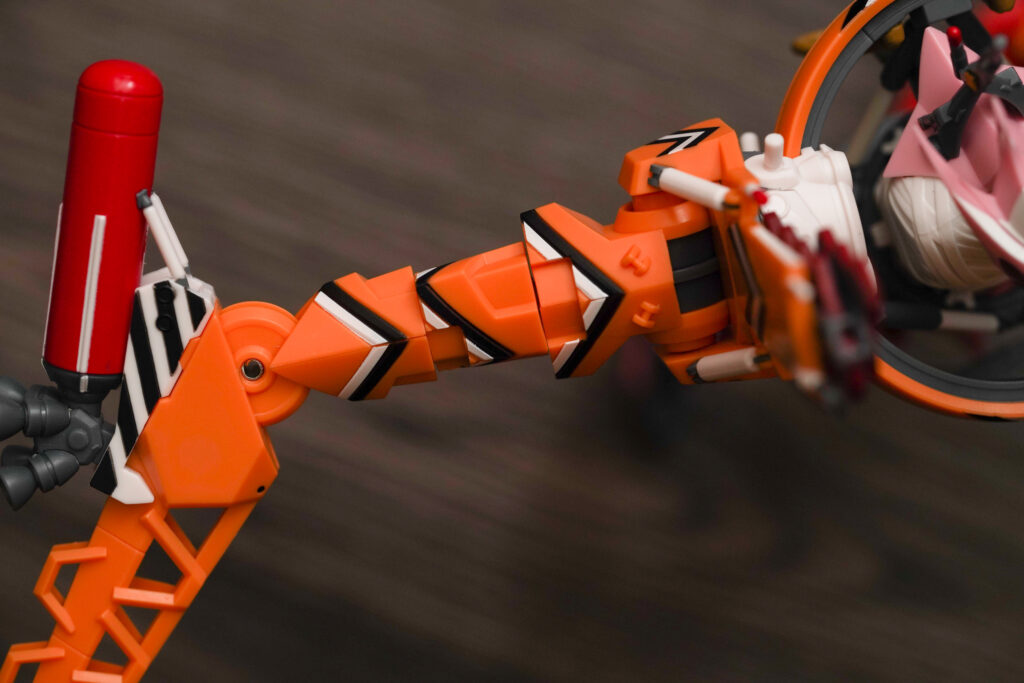 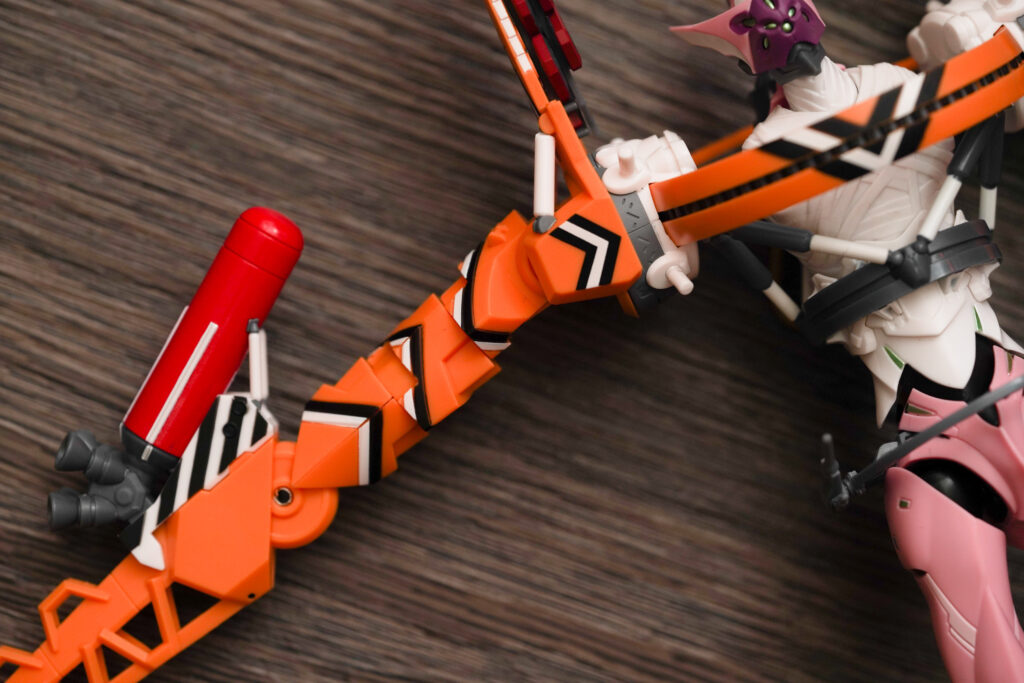 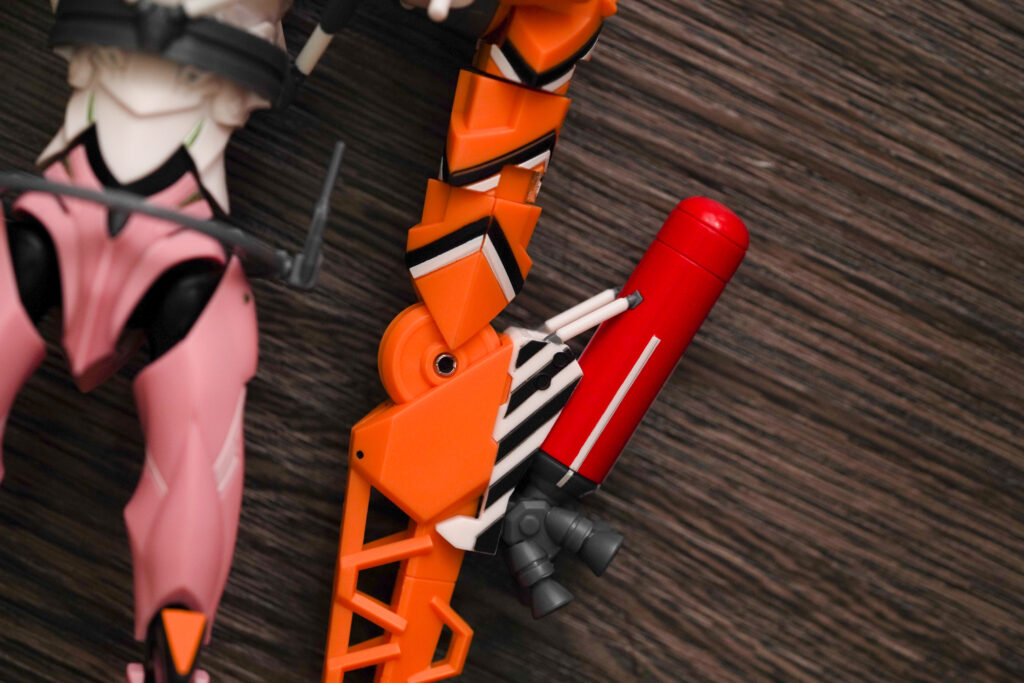 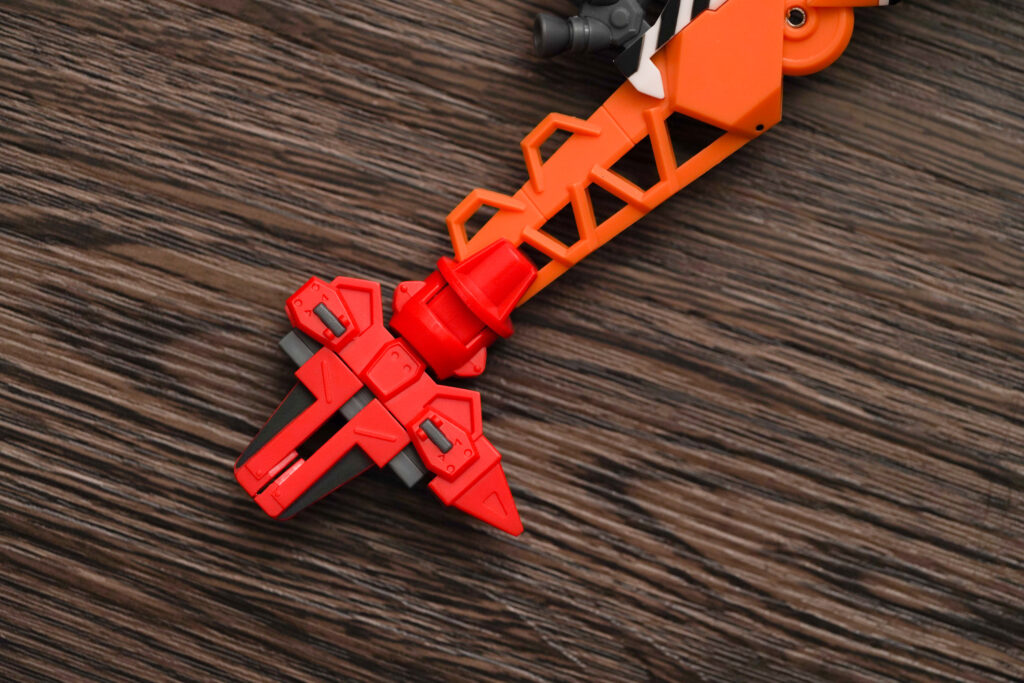 When attaching the Gatling guns, you need to be careful not to lose the small detachable parts on the part of the arms. You can only attach the Gatling guns when you remove these small parts attached to the arms by default. 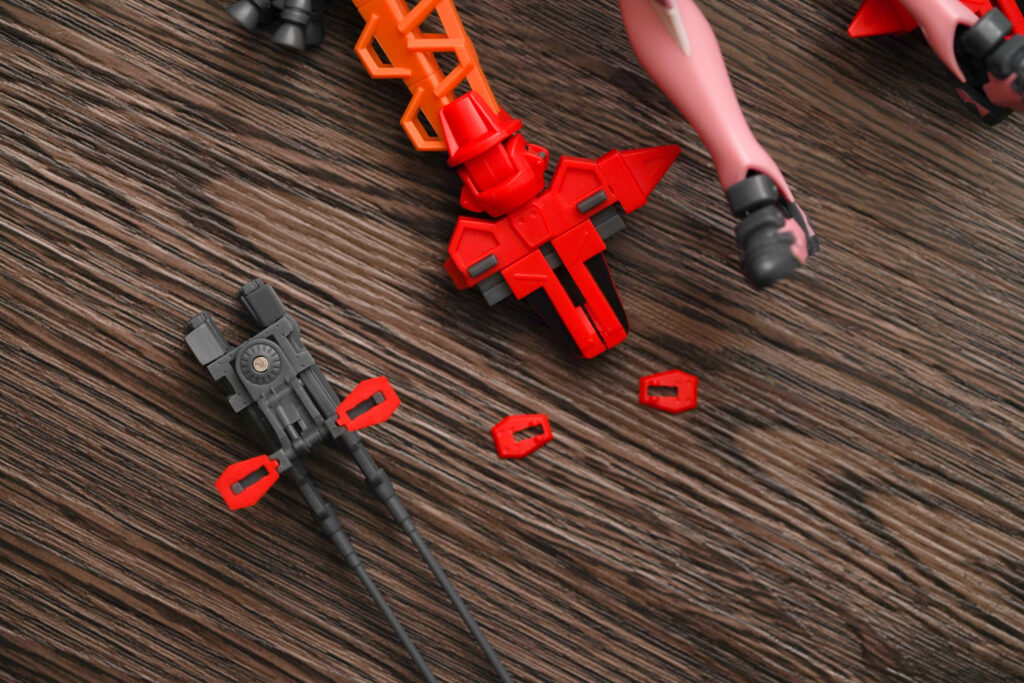 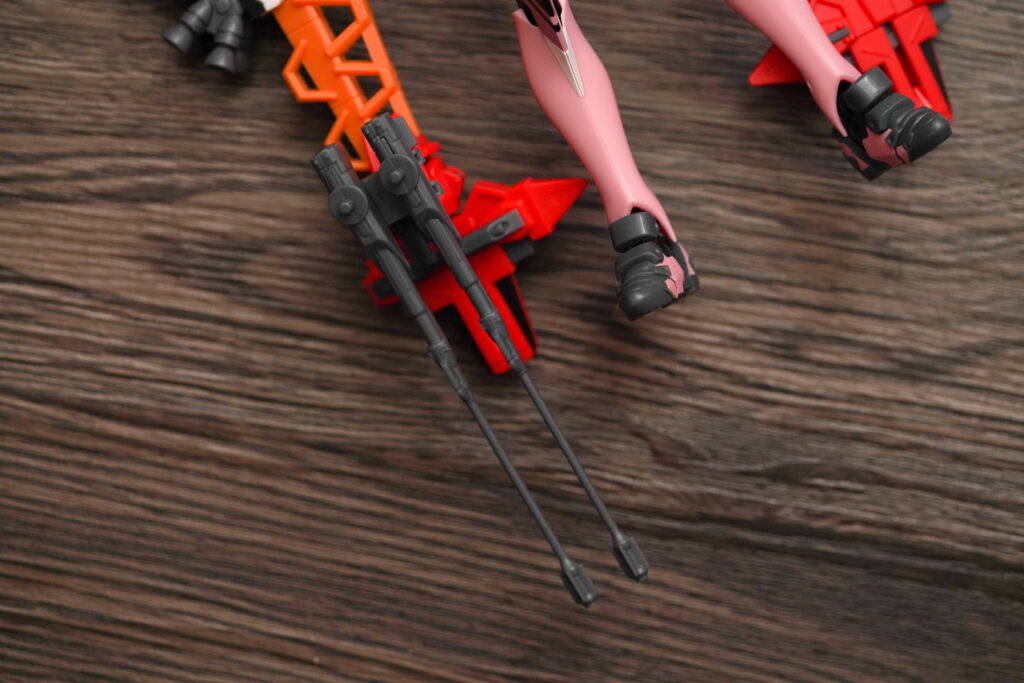 On the Gatling guns, there are circular pegs wherein you can attach the bandoliers either the folded ones or the opened ones. 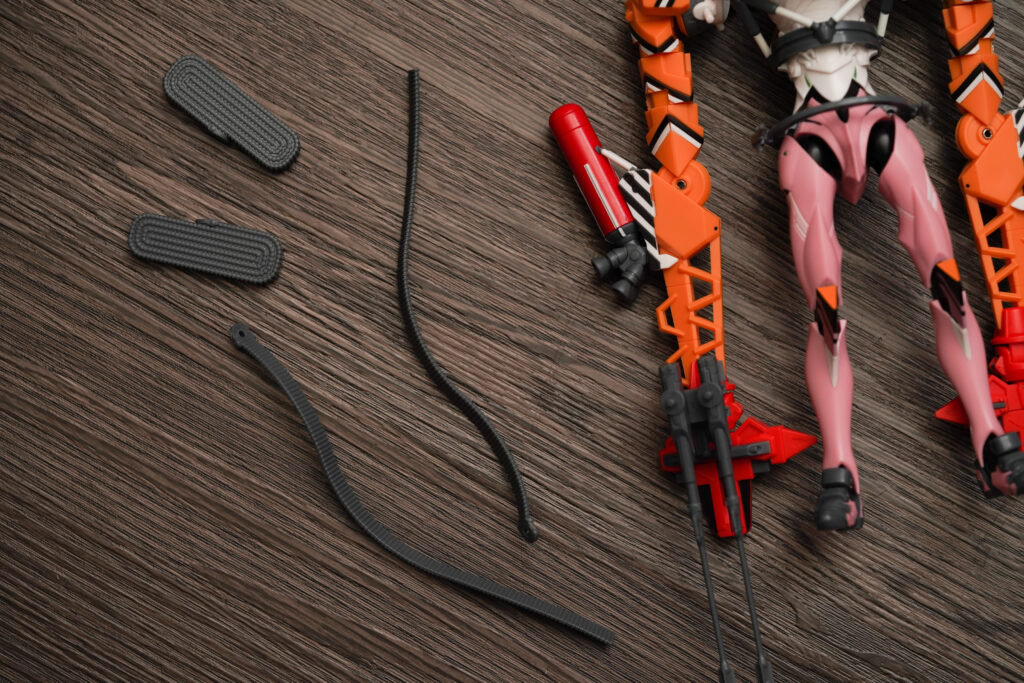 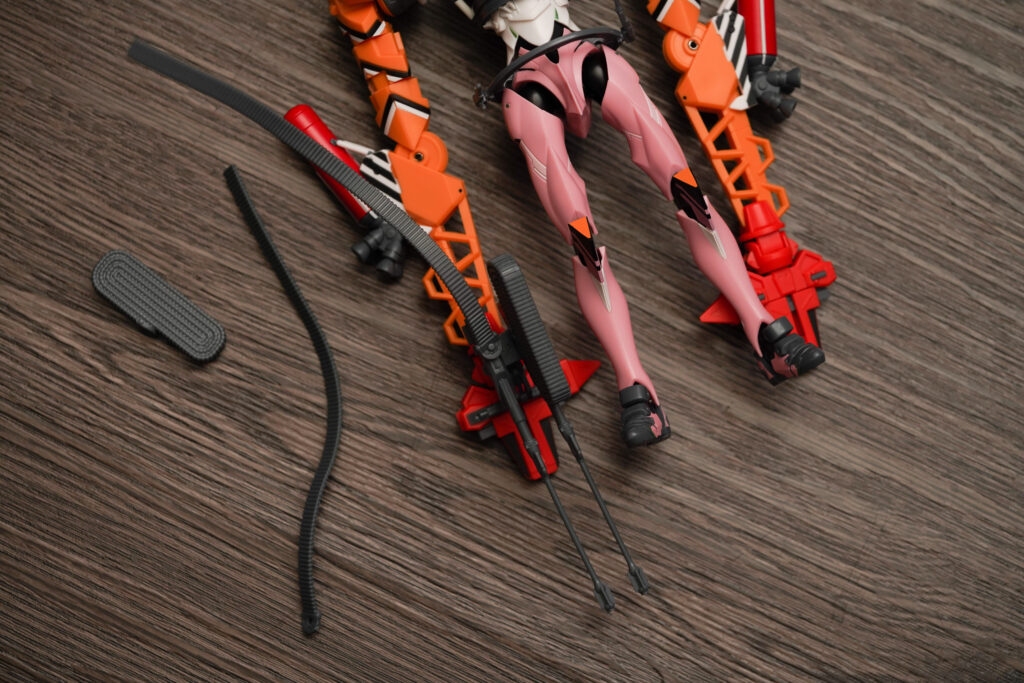 The overall articulation points on the figure are nicely made – I liked how the lower parts were made, it felt very easy to pose the figure given the points of articulation added into it. 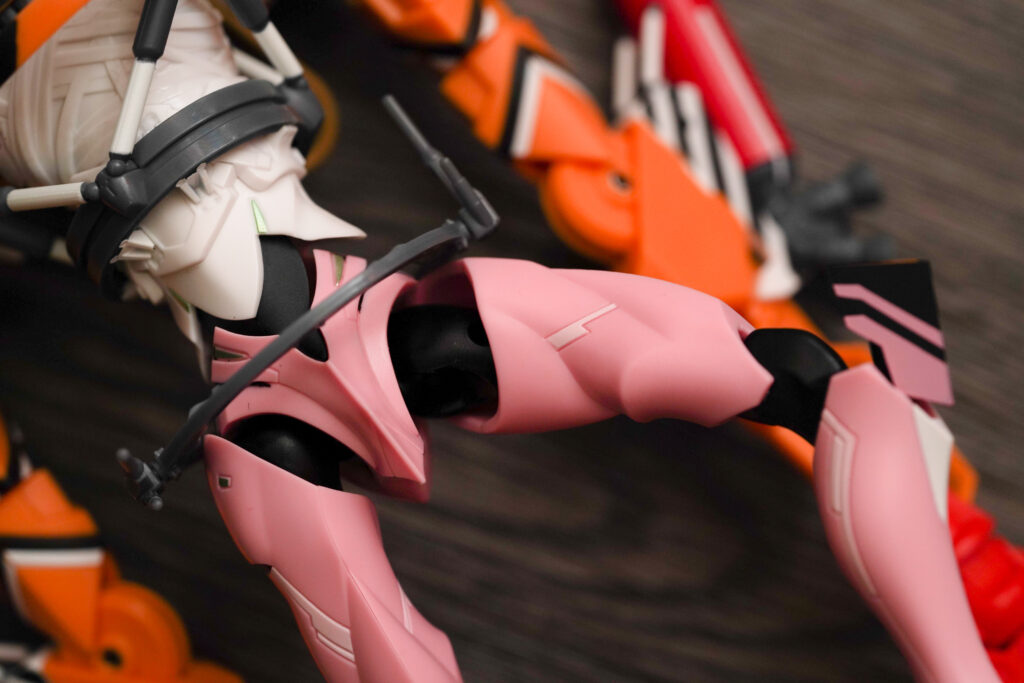 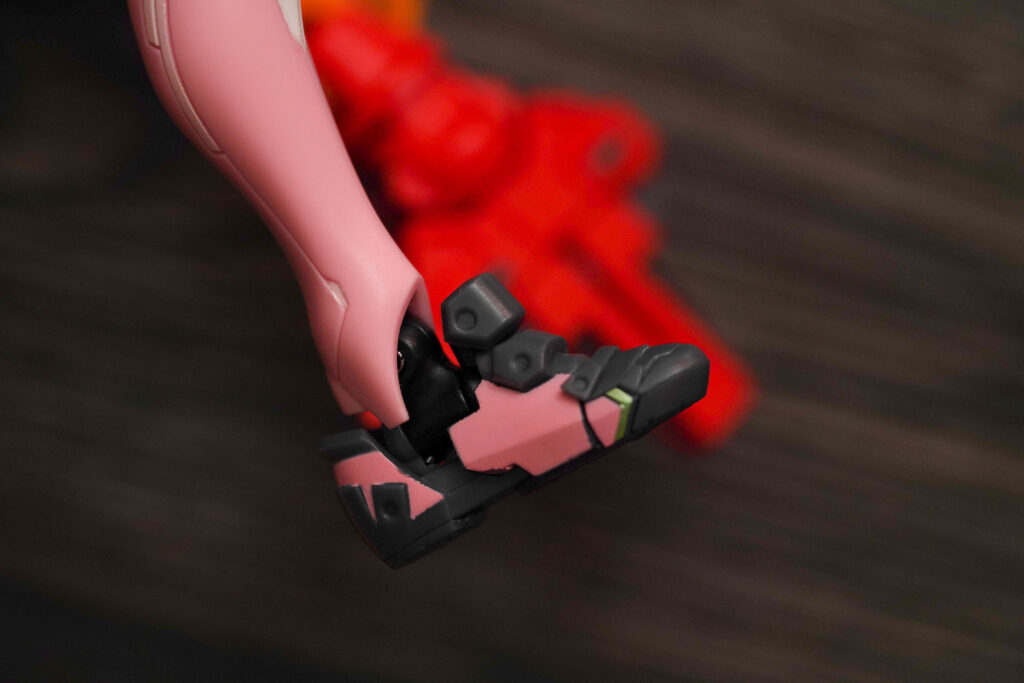 The paint application on this figure was nicely done, I really liked the pink paint app on the figure’s overall body, I also liked how the orange colors were painted as accent colors to the main figure.

I really liked how the face was sculpted – so much detailed and nicely painted! 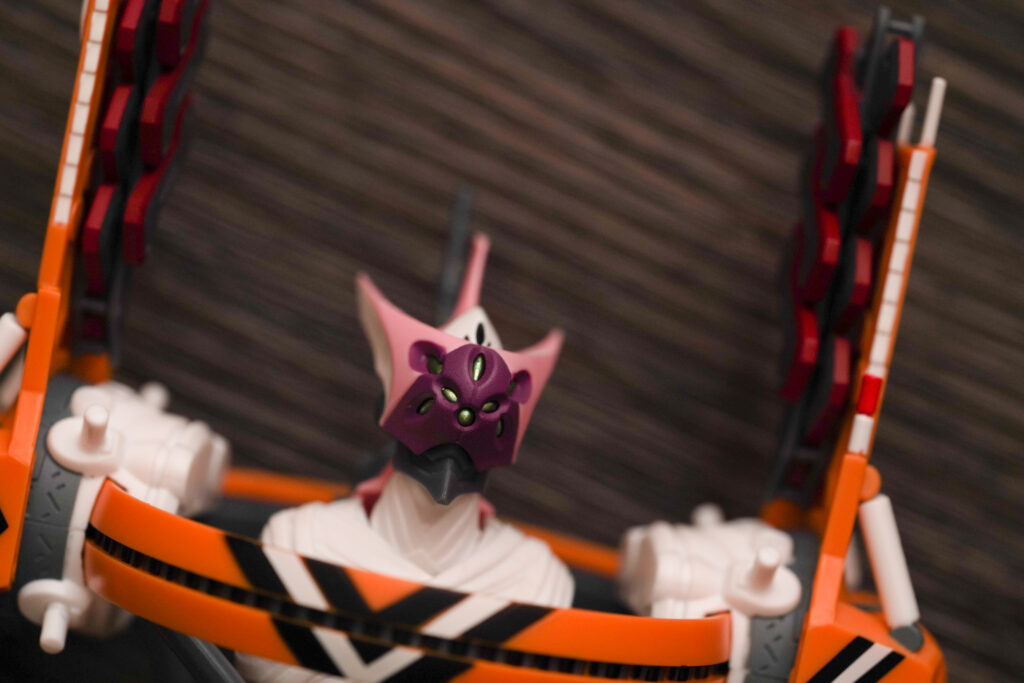 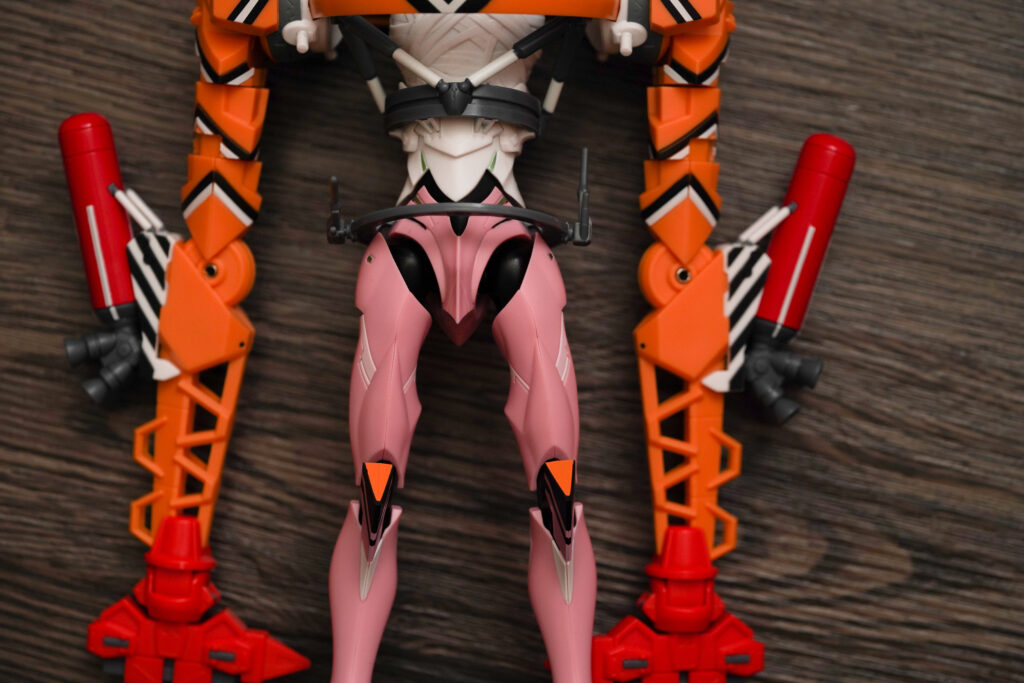 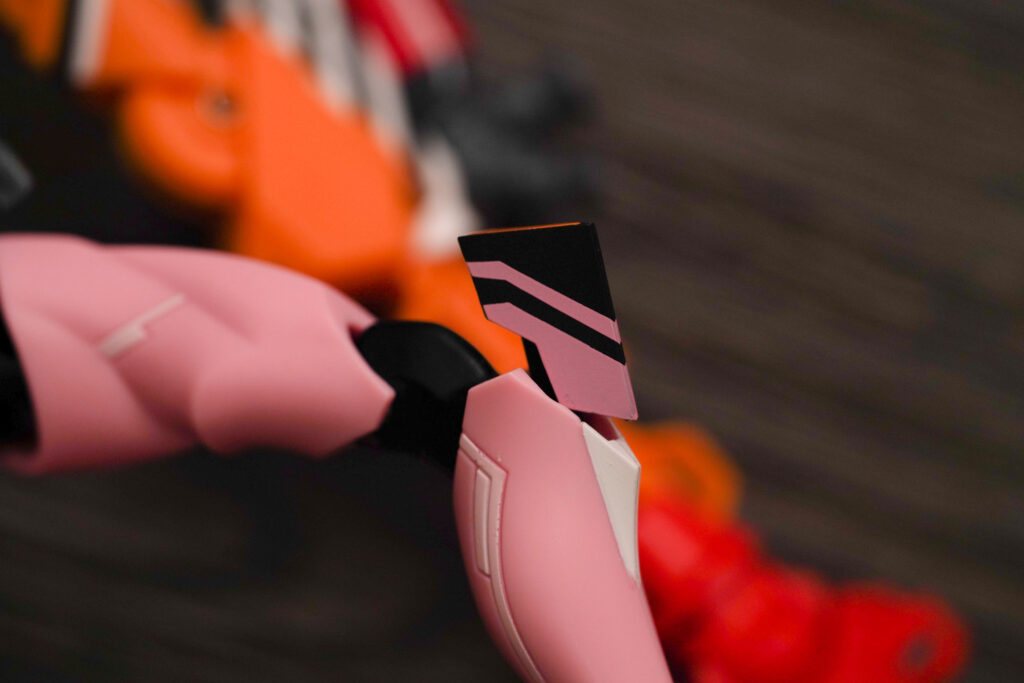 The details on the paint app are very series accurate, I really liked how they stayed true to how EVA-08 was depicted in the series. I mean, look at the details on even the figure’s knees!

Details on the arms parts are also nicely done, the small engraved details are sculpted nicely and are very well detailed. Even the white parts have depth on how it was sculpted – the finish made it very robot-like. 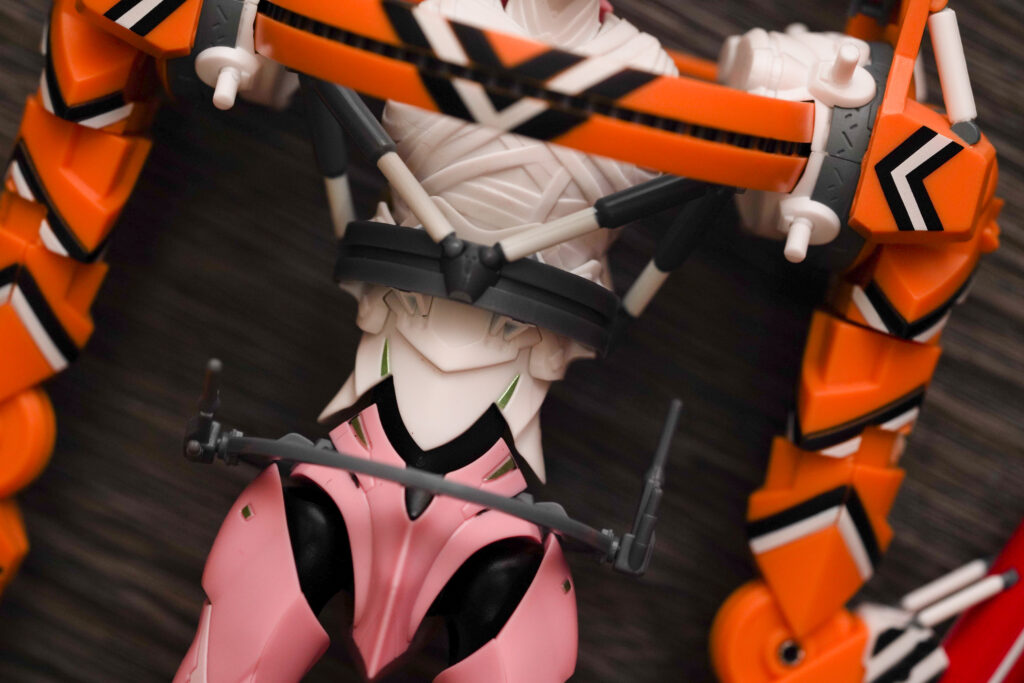 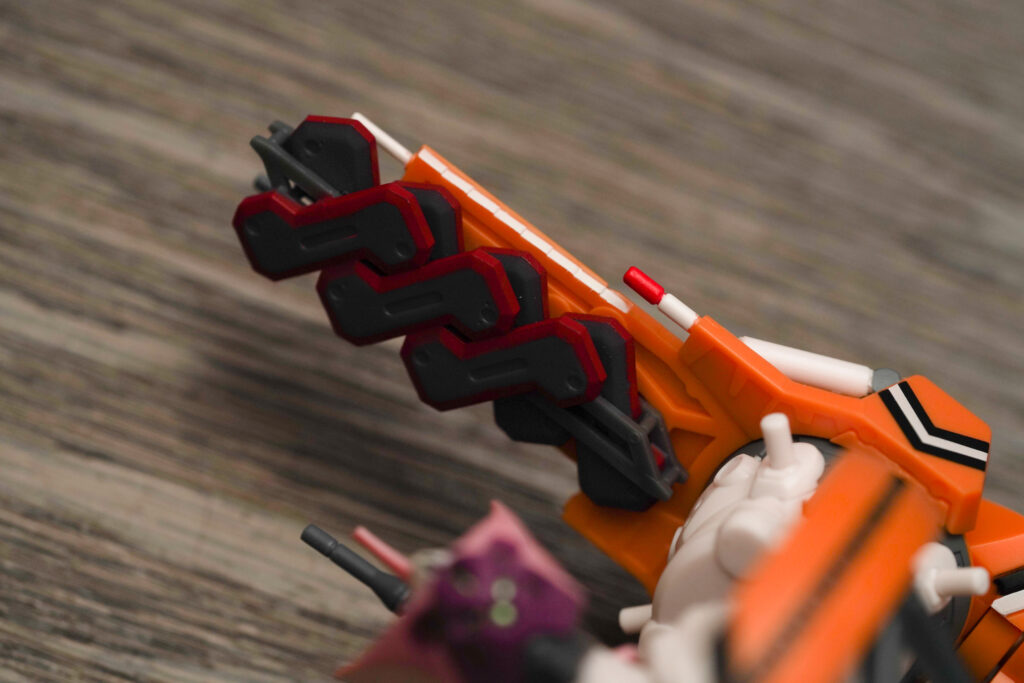 This figure came as a surprise to me, given that EVA-08 is a very complex robot – I didn’t think a figure such as this could be possible – but they made it happen! If you’re interested to collect the Robot Spirits figure from the Rebuild of Evangelion, this one could be a good start for your collection!

You may want to check out GreatToys Online. They’ve recently launched a new website and I promise you that you won’t leave the site without considering to get some figures for yourself! 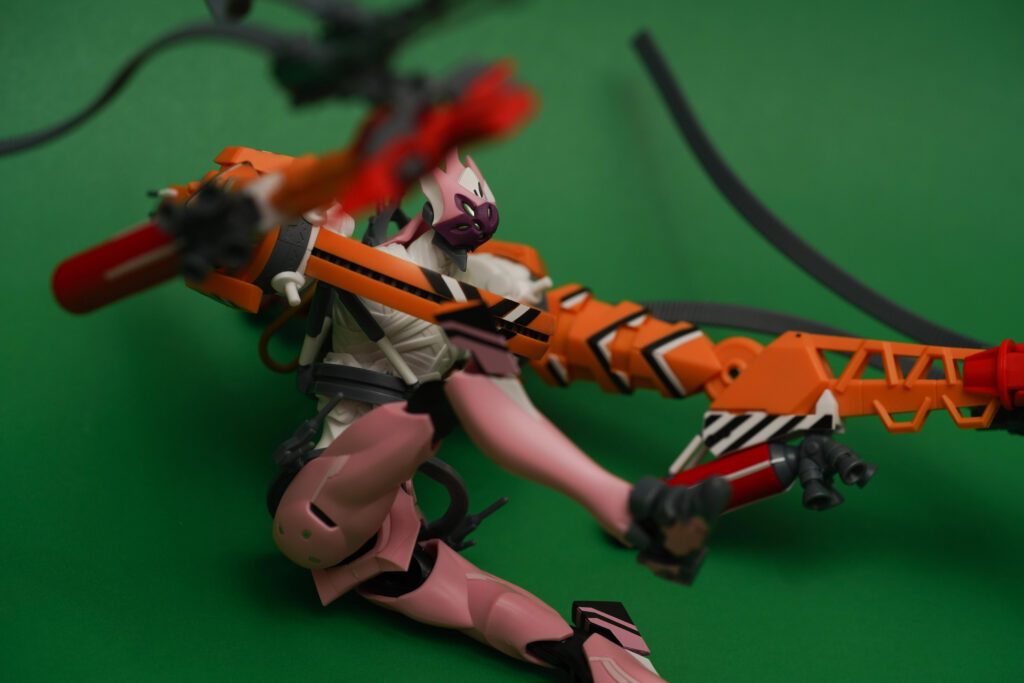 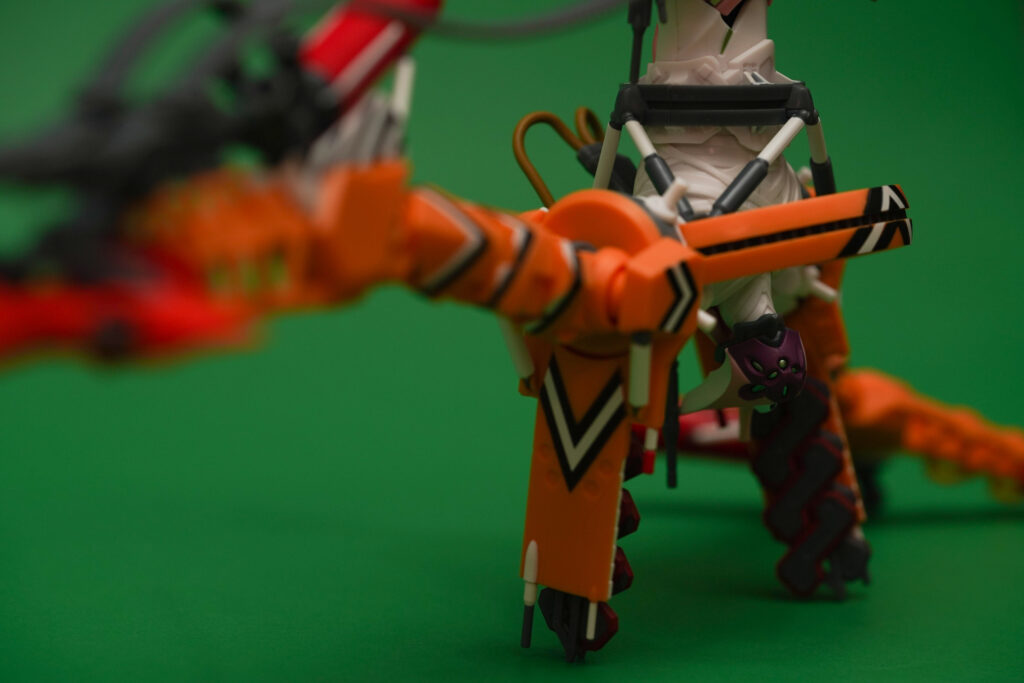 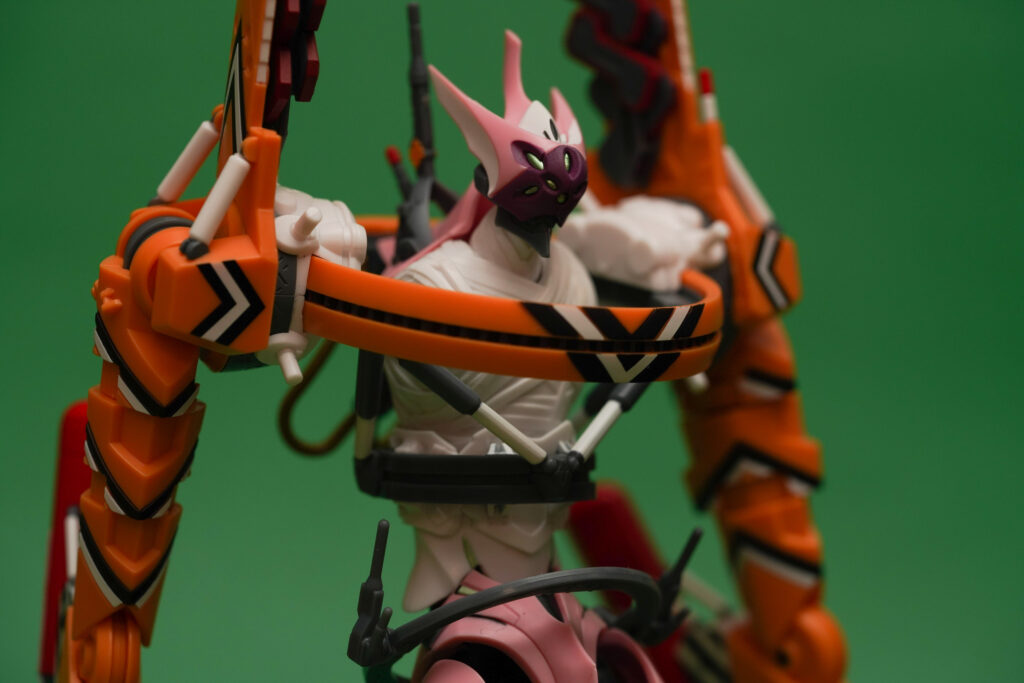 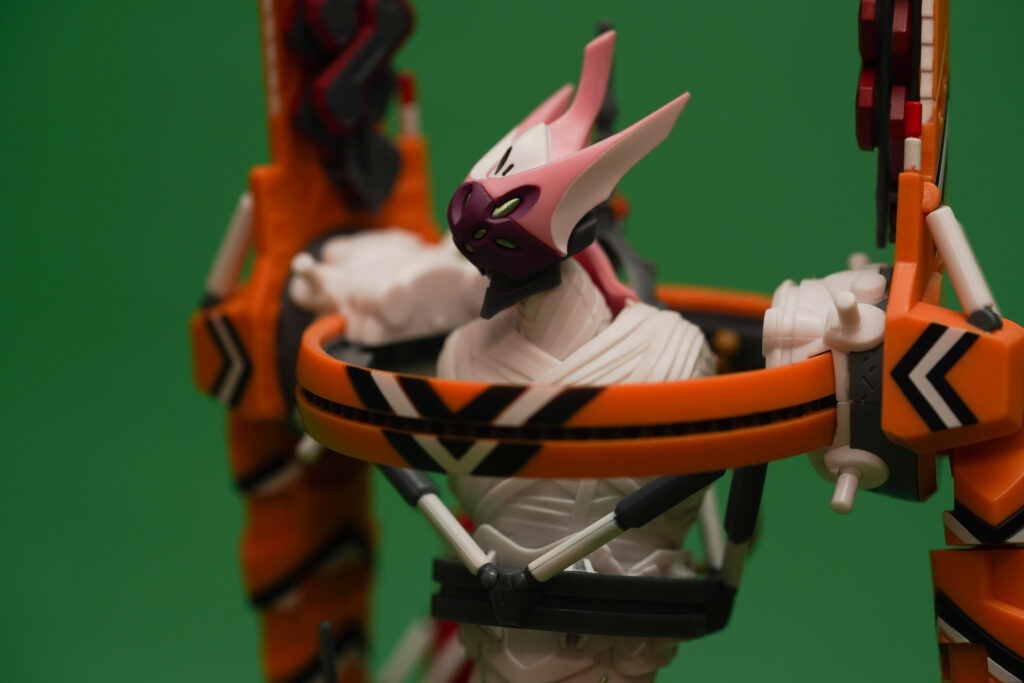