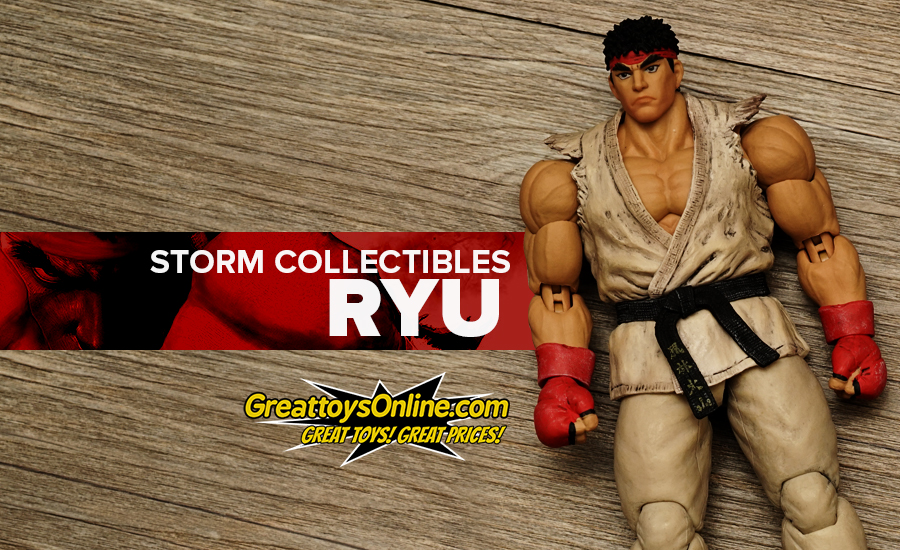 If you’ve read my review about the S.H.Figuarts Ryu and Chun-li figure, then this is probably a good read for those of you who are planning to get a Storm Collectible Ryu figure.

Today, I’ll be doing an unboxing review for the Storm Collectibles’ Ryu figure. This review is brought to us by our friends from Greattoys Online.

The Storm Collectible boxes are somewhat bigger than the other 1:12 scale boxes out there, mainly because the figure stands almost 7-inches taller than the others which are at 6-inches in height. Storm Collectibles is a Hong Kong based toy designer and manufacturer which produces other action figures aside from Street Fighter. You can check out their product catalogue in their website: https://www.stormco.com.hk 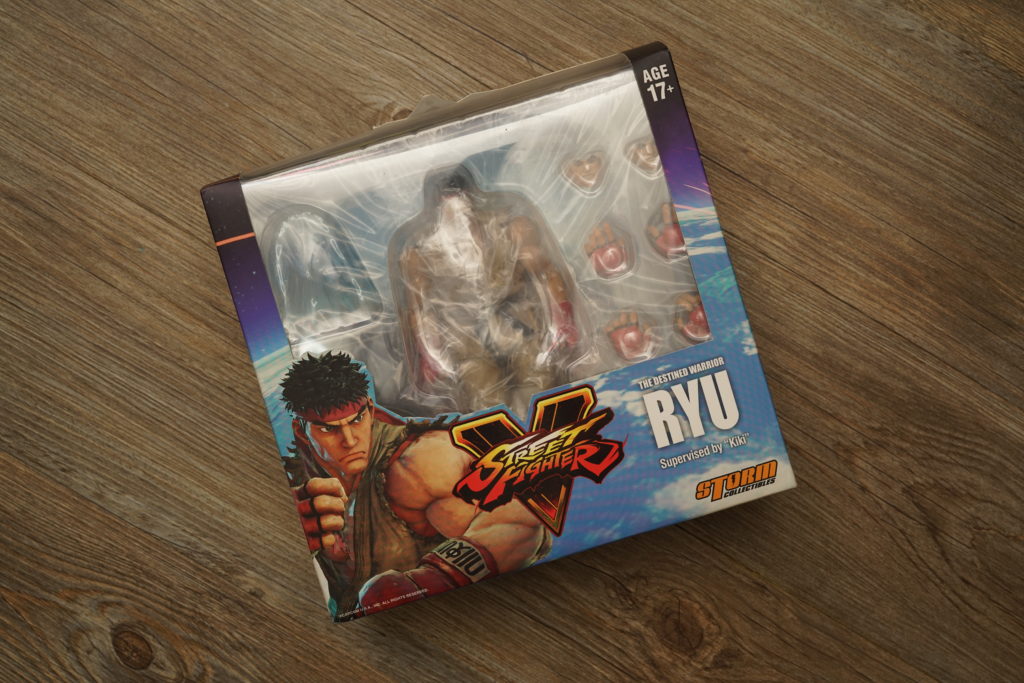 As seen in the box, it clearly states that this figure is meant for those above the age of 17 – because some parts could be of choking hazards for kids and mainly because it’s not just an action figure but rather a collector’s item.

The figure contains a fair amount of interchangeable hands and accessories. What I really liked about the package would be it’s dedicated Street Fighter V base and stand. Although, I have to say that I have few concerns about the figure itself which I’ll be addressing as we go along the toy review. 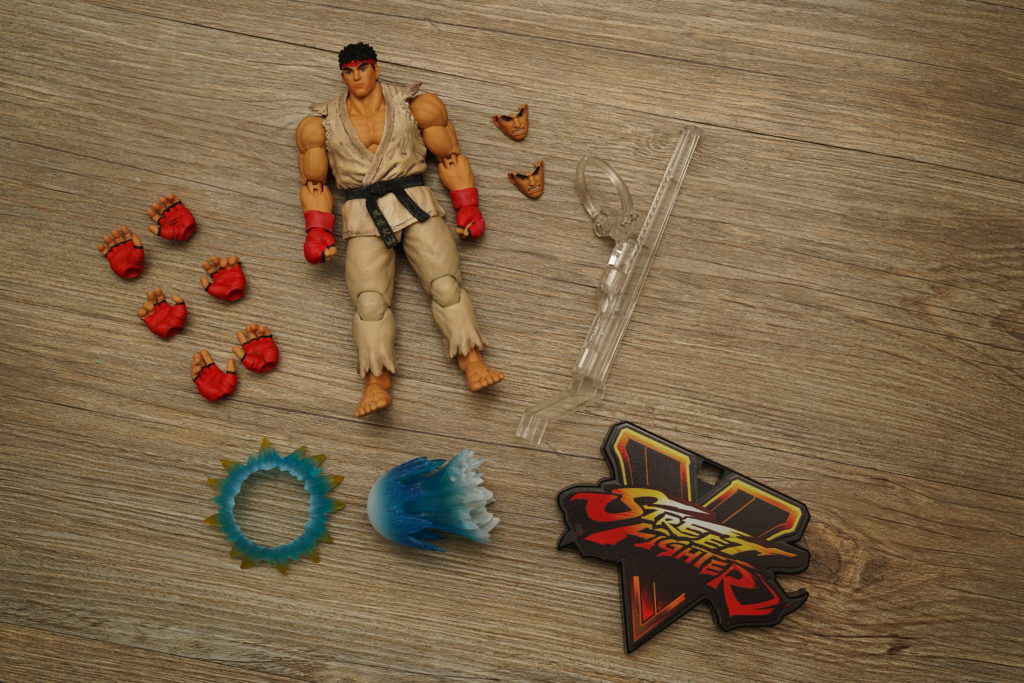 The figure has good articulation points – hands, elbows, legs, knees, ab-crunch, feet and the head. Most of the parts are connected via ball joints, the hands are connected via pegs – similar to most figma pegs (only Storm Collectible’s pegs are thicker in size). 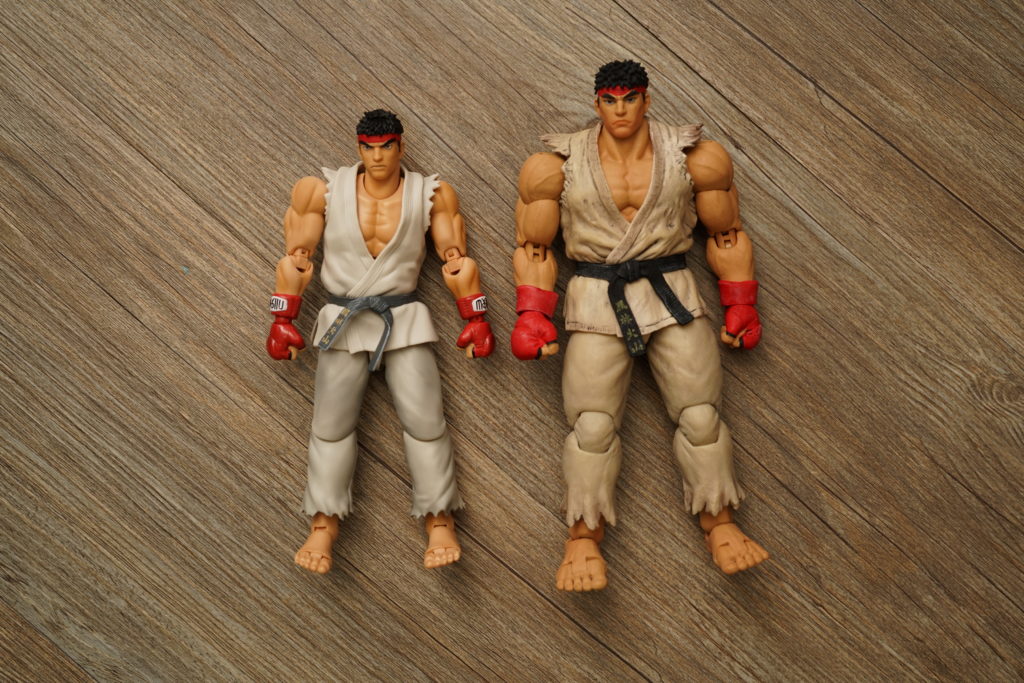 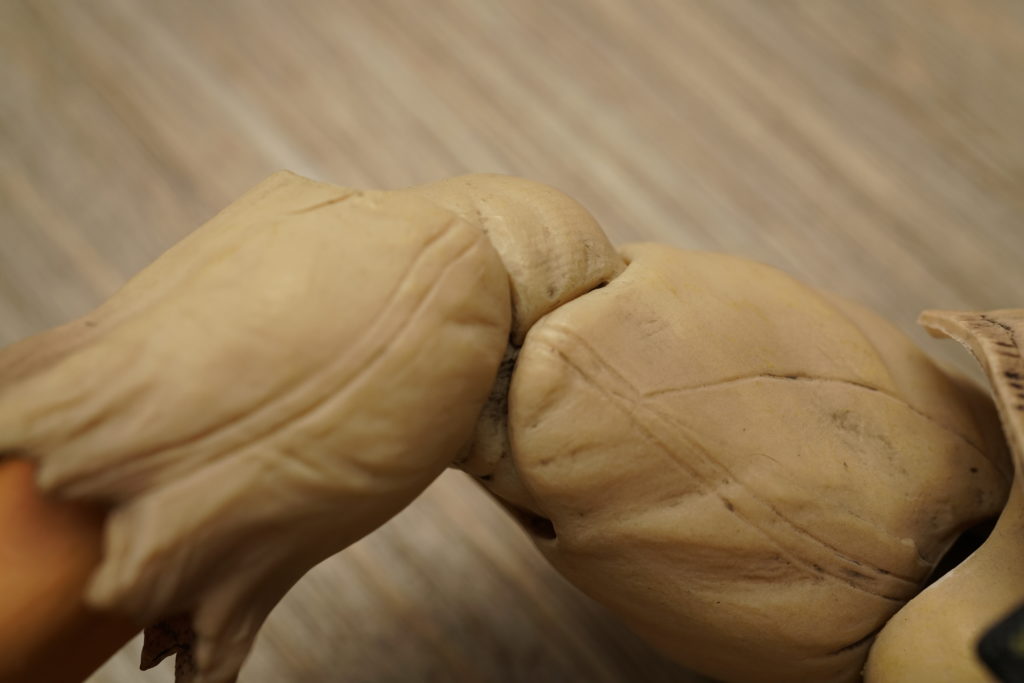 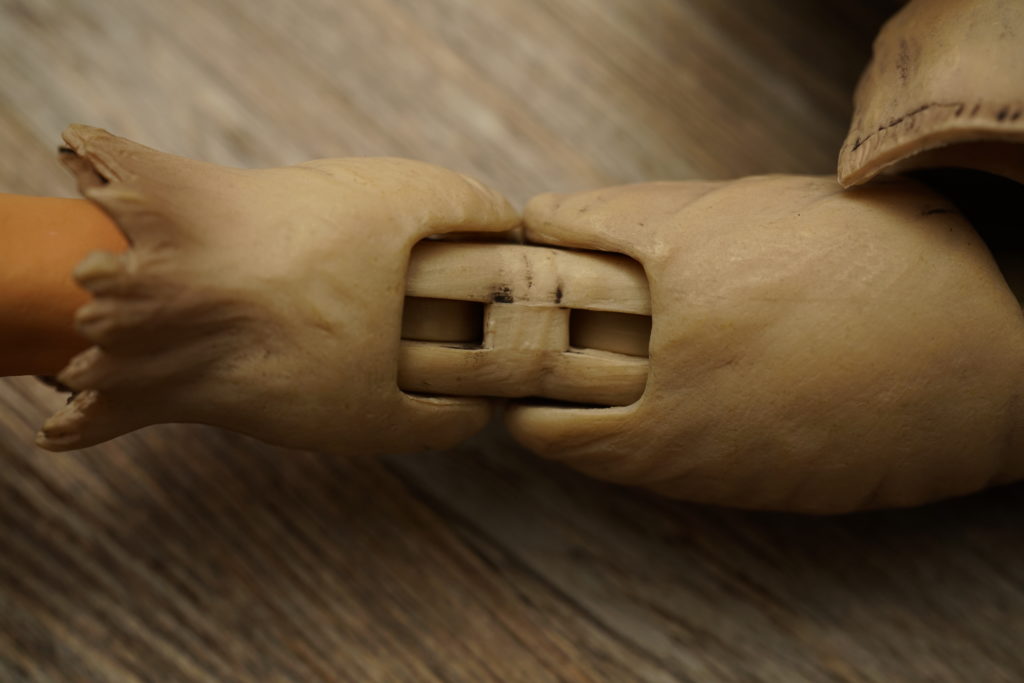 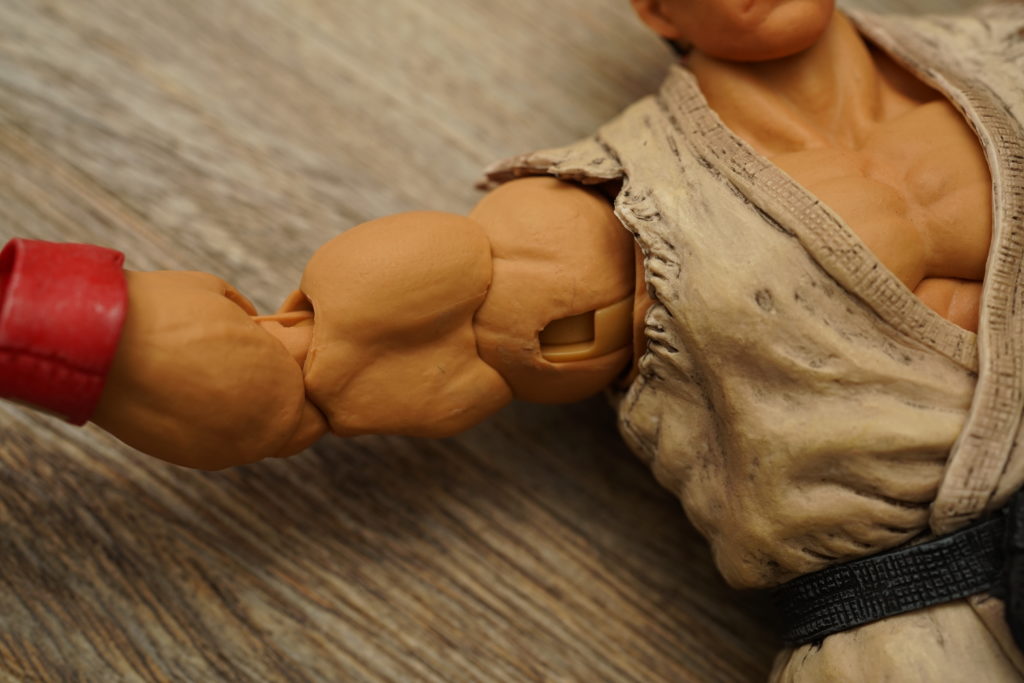 What I also liked about this figure would be the face plates – the face sculpt a better representation of the game version of Ryu in Street Fighter V – the facial expressions are accurately sculpted for the Storm Collectibles version. The way to replace the face plate is similar to the S.H.Figuarts version, you’d need to remove the top parts (his head) then pull out the face plate away from the head. The face plates available in this set would be the default face, grinning face and the action expression face. **note that this figure has a repeat head sculpt as seen below – you may contact your toy supplier regarding this issue if this happens to your Storm Collectibles purchase** 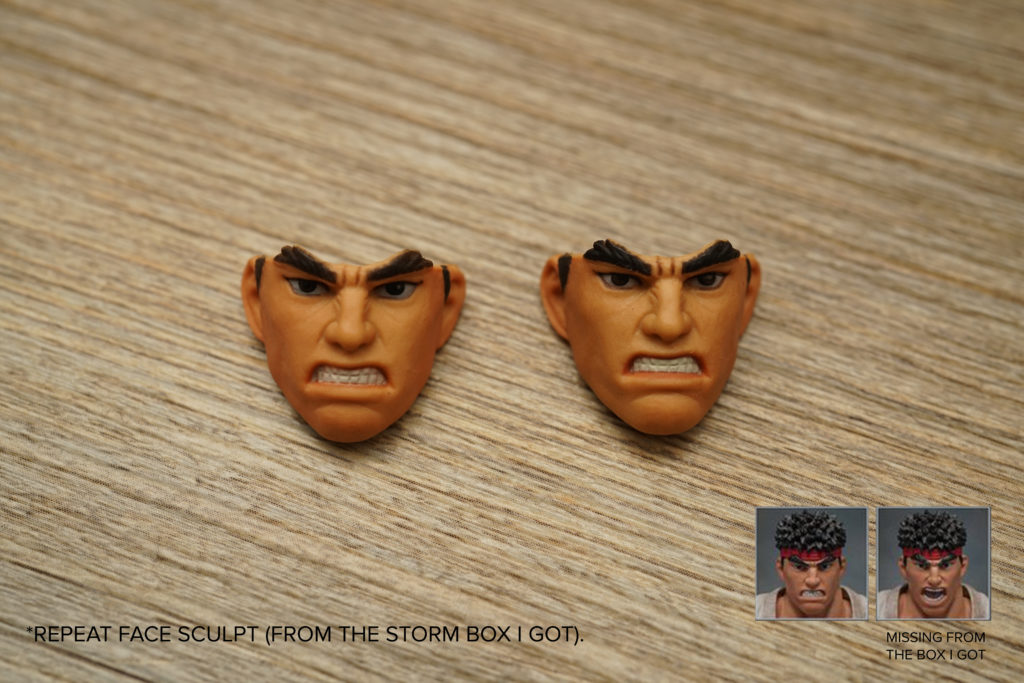 The figure also comes with different sets of interchangeable hands – each hands varies depending on how you want to pose your Ryu figure. 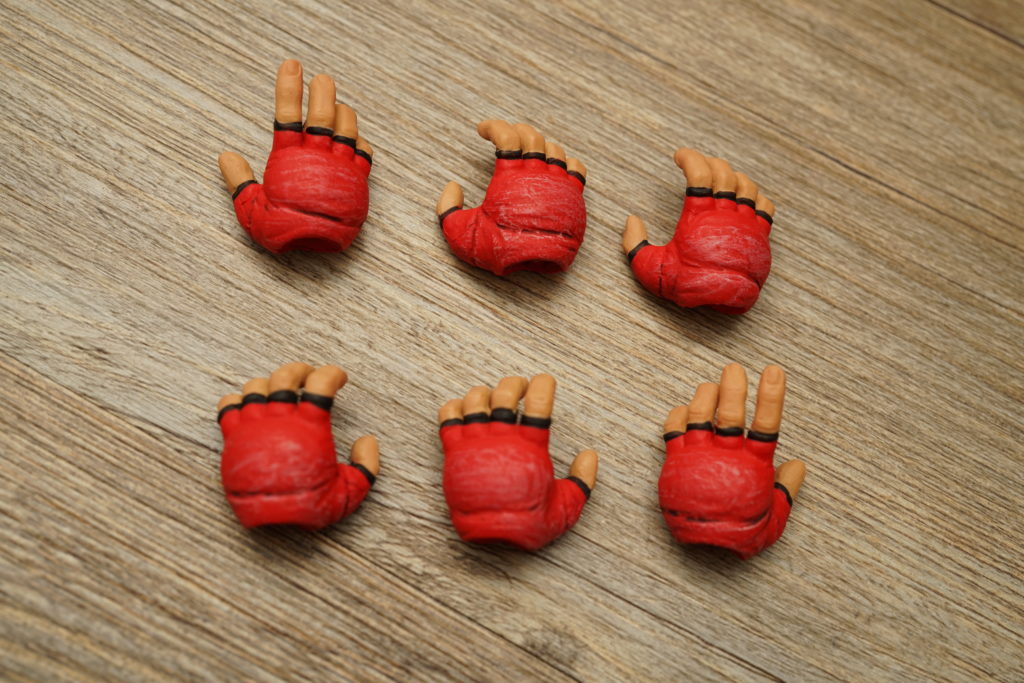 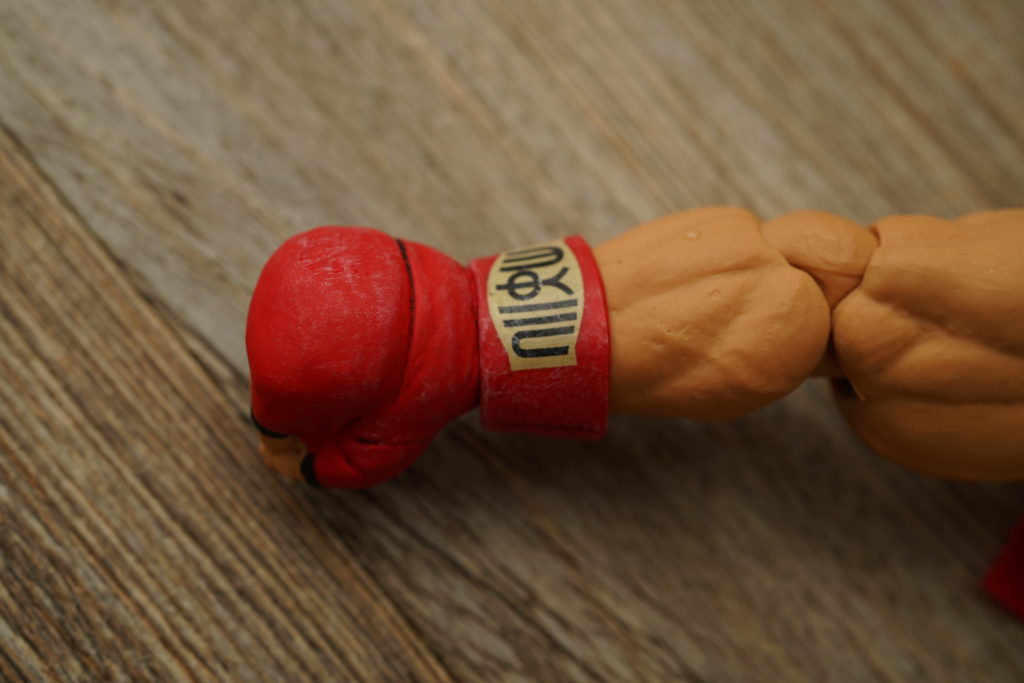 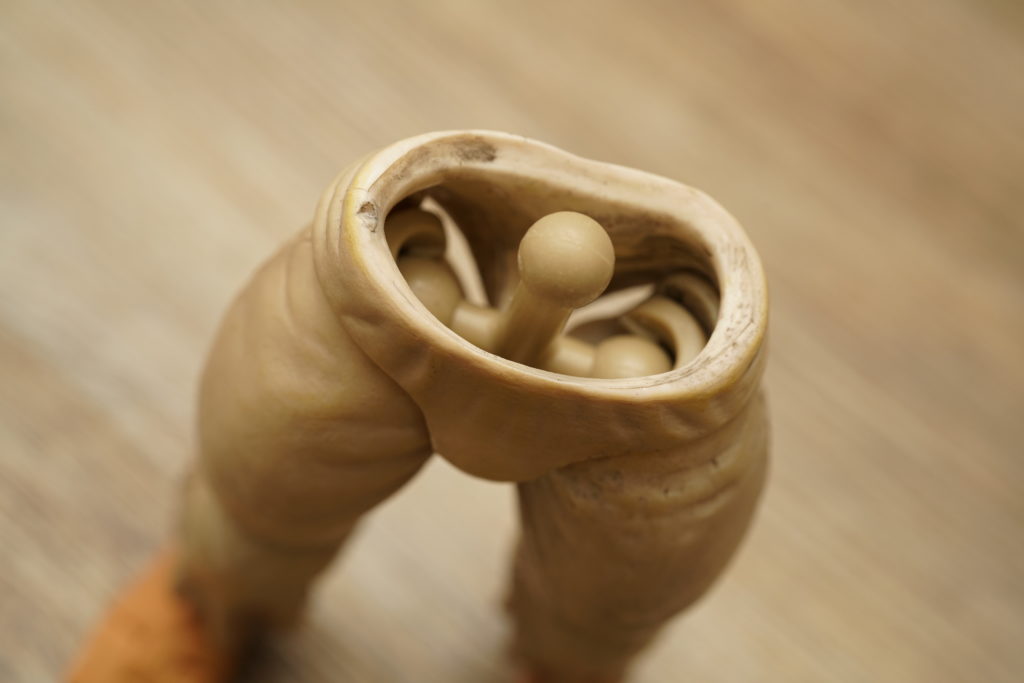 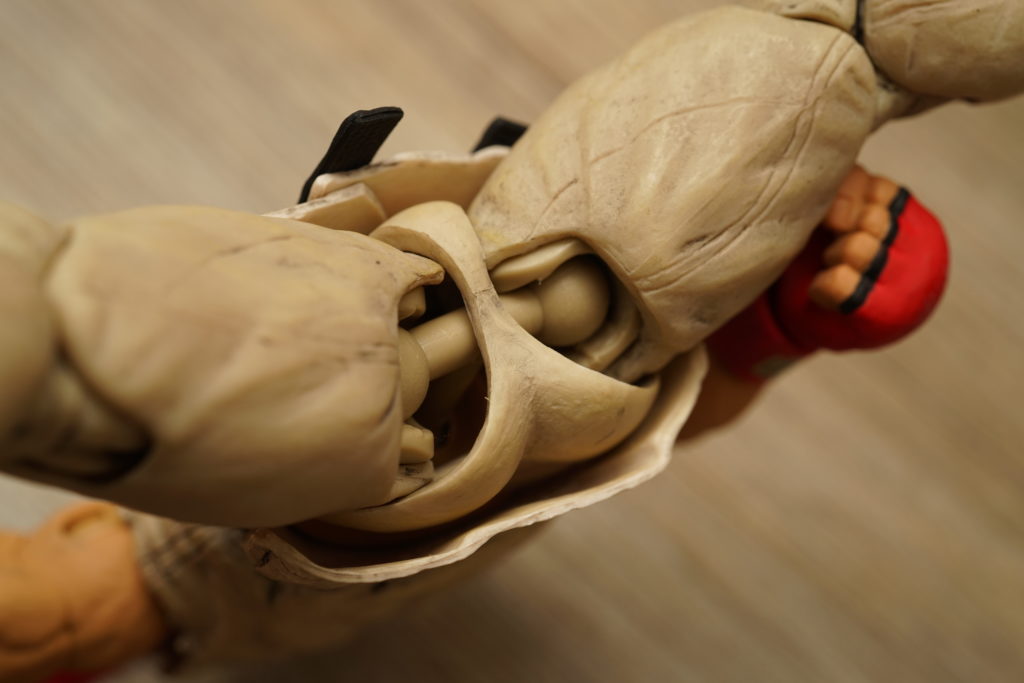 Also, if you will be removing the joint parts very frequently, you’ll notice the wear and tear of the joint to its connecting peg – the plastic parts would be shedding off – it’s more noticeable in the M. Bison figure. 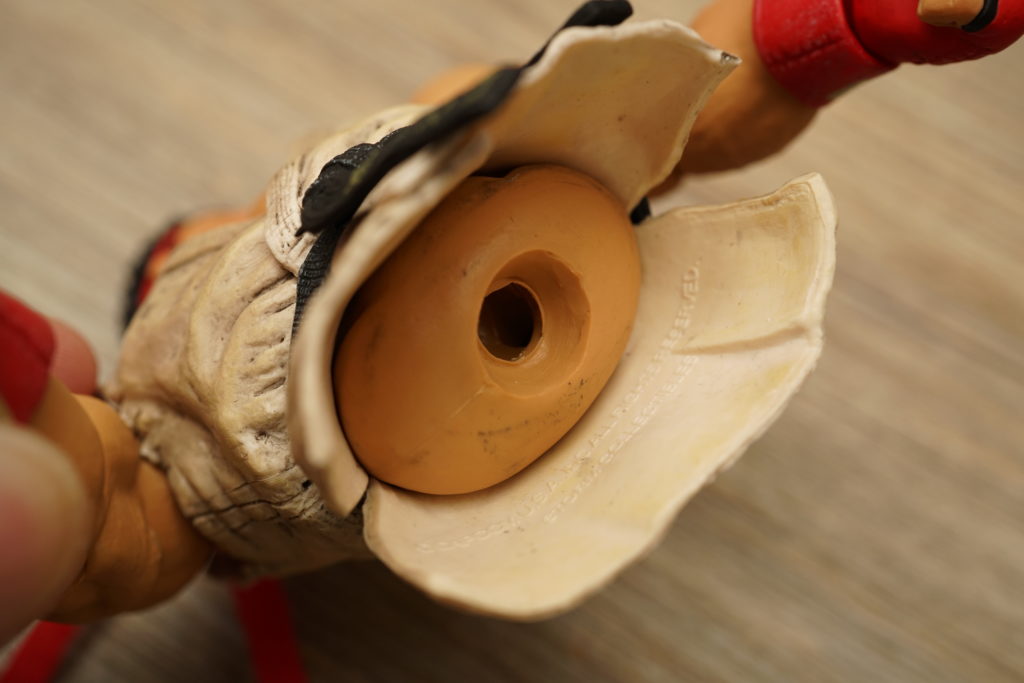 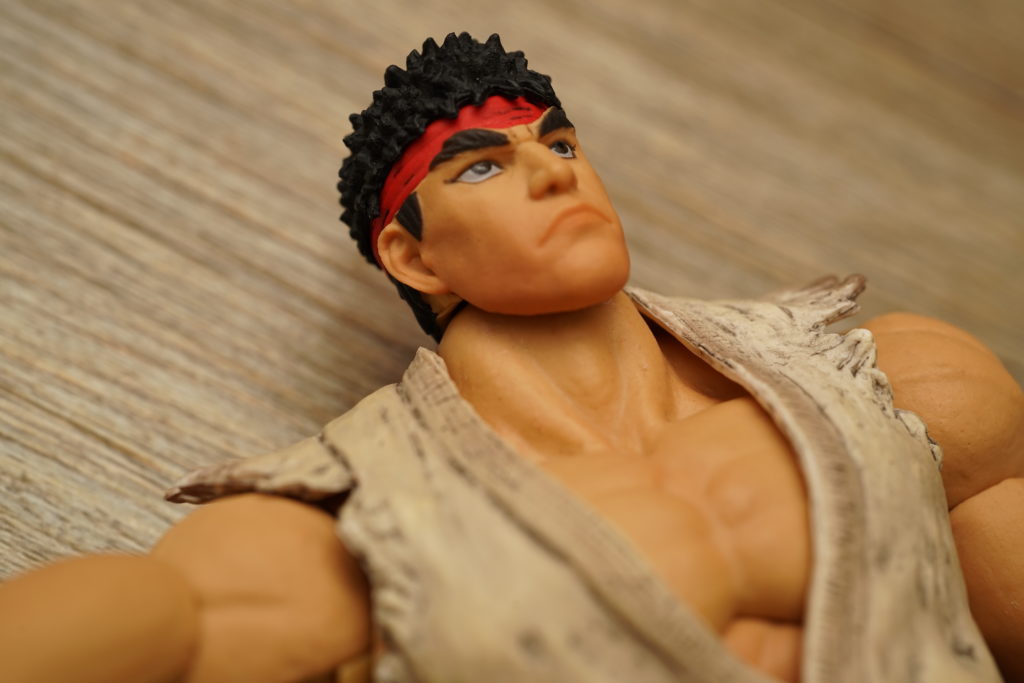 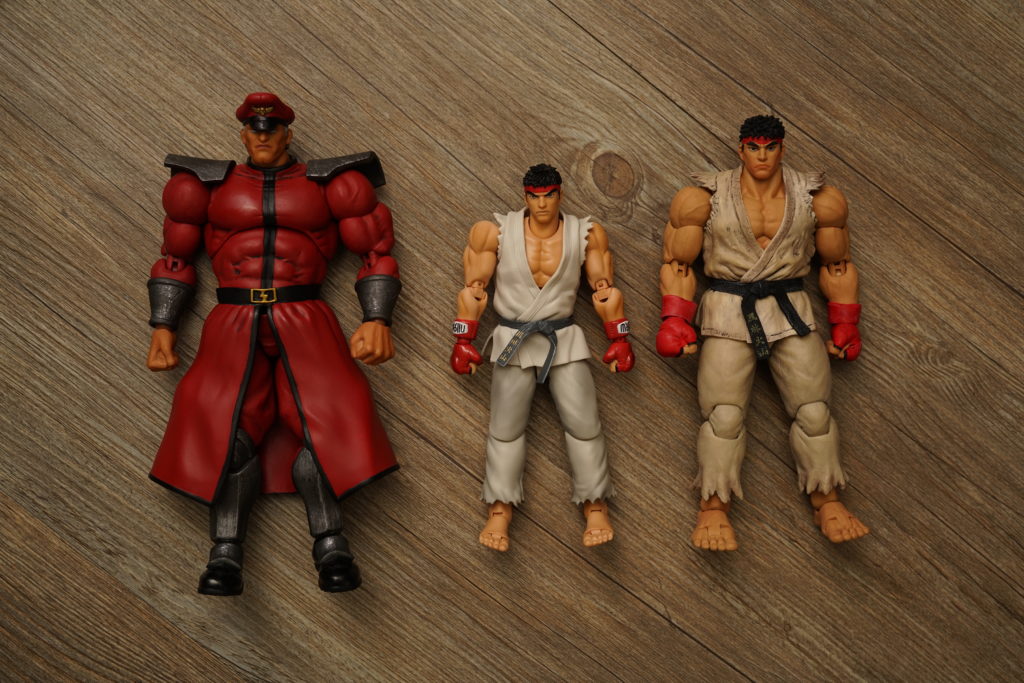 The set also includes one “hadouken” ball and ring effect. 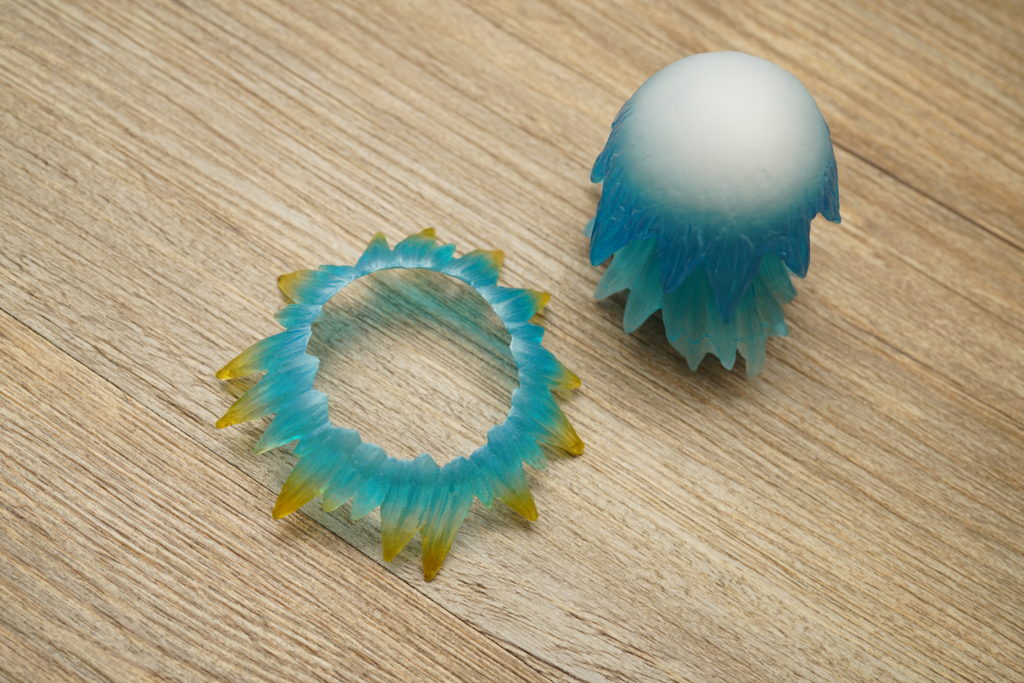 This figure is an okay figure for me. It’s a good collection to your Street Fighter figures but it might be difficult to collect if you’re concerned about how it would look with your other 1:12 scale figure given that it is slightly bigger than the average 6-inches figures.

You may visit Greattoys Online to get your own Storm Collectibles Ryu or you may check out other specialty toys stores online.

I’ll be doing the M.Bison review for my next toy review post.