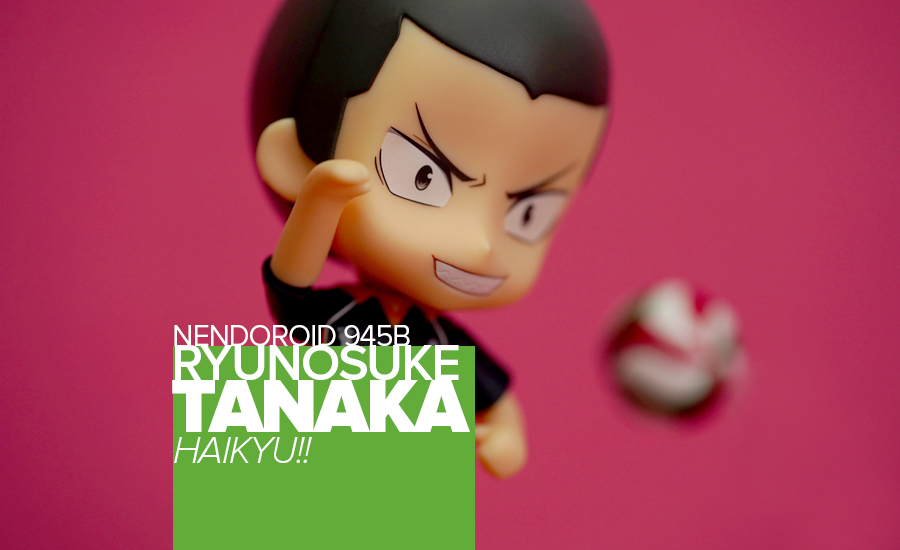 The Karasuno Team wouldn’t be complete without Ryu Tanaka. He brings fun with his animated personality to the team. This review will be all about the Nendoroid 945b Ryunosuke Tanaka with the Yu Nishinoya extra parts set. 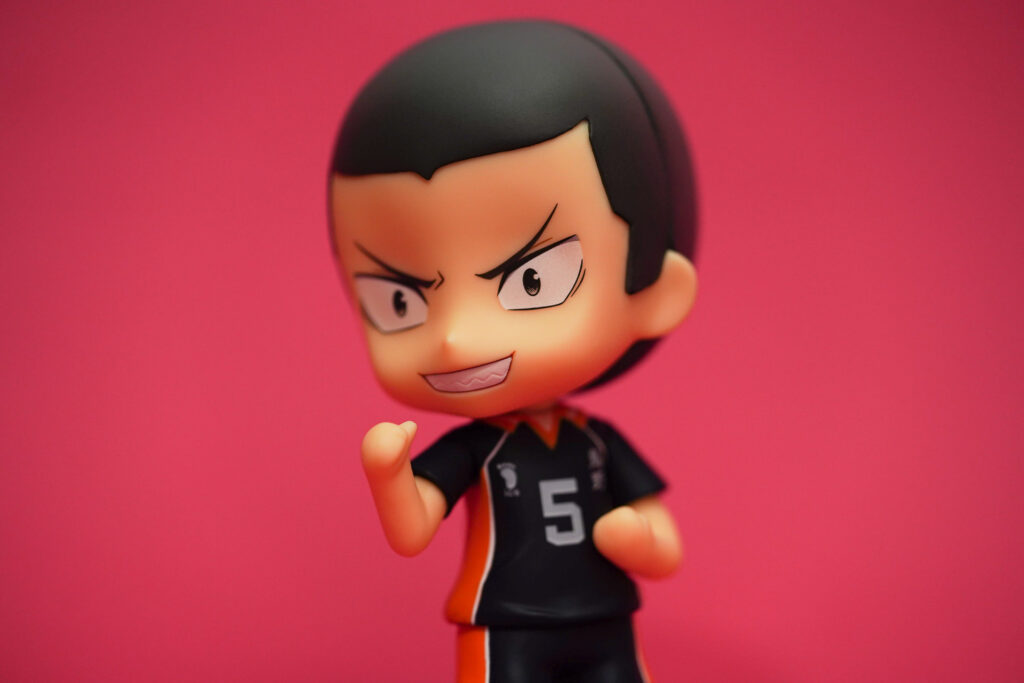 So far there has been no rerelease schedule for this figure set so if you plan to get one, you might need to check in some online sites if they would still have this figure available. Mind you, this set cost me quite an amount of money – but it wasn’t as bad as how I got the Asahi figure.

Here are the other Nendoroid Haikyu!! figures that I’ve reviewed – be sure to check them out!

This figure set was released in 2018 and that was roughly the same timing that The Good Smile Company changed most of the sizes of their boxes. 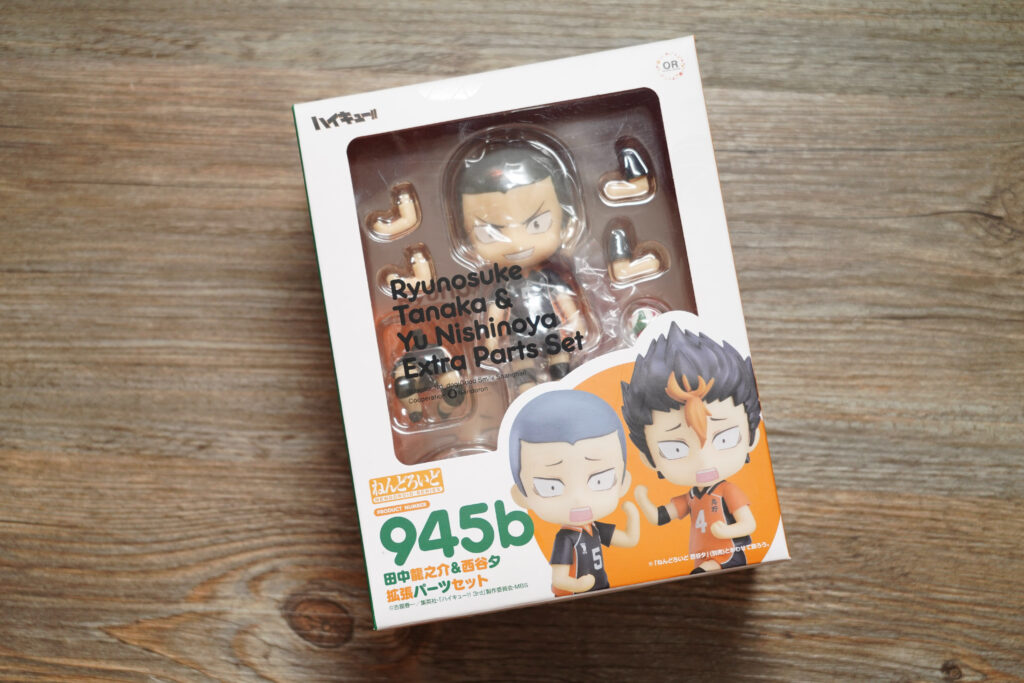 Compared to the earlier figure releases – the size of this box is relatively smaller. The color scheme of the box has orange accents on the sides and it also features Yu Nishinoya in some of the photos since this includes the spare parts for Noya. 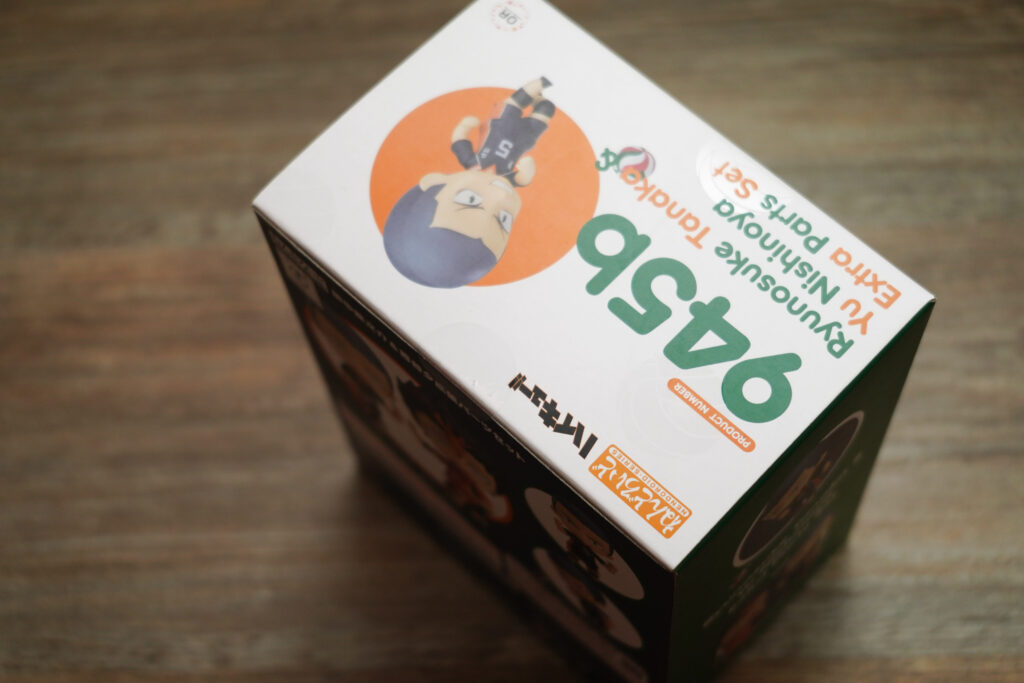 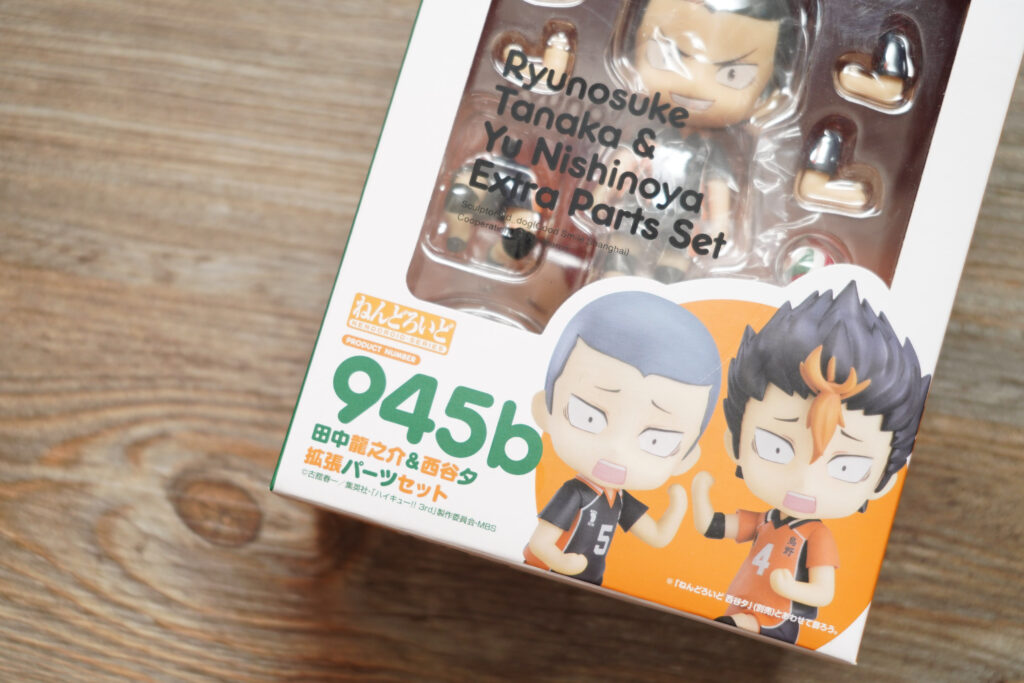 Most of the Haikyuu Nendoroid figures that I’ve reviewed had good feedback and so far it won’t end here. 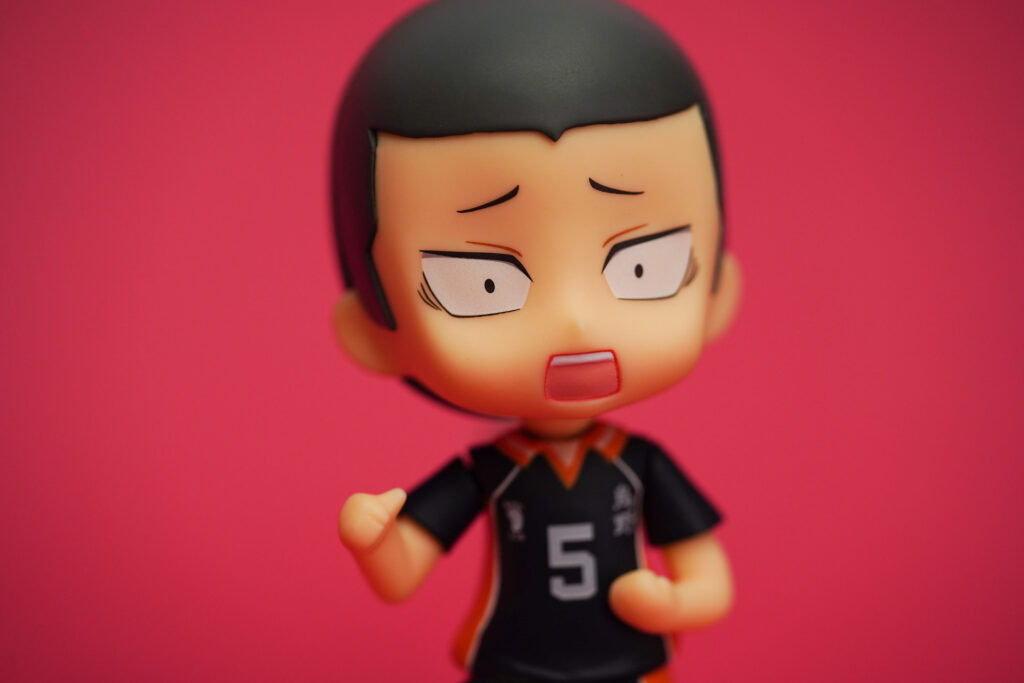 Even though the box is small in size – it actually includes a hefty amount of accessories. The set includes the default interchangeable hands, interchangeable faceplates, a volleyball, a spare posed lower part, and the standard figure base and stands. 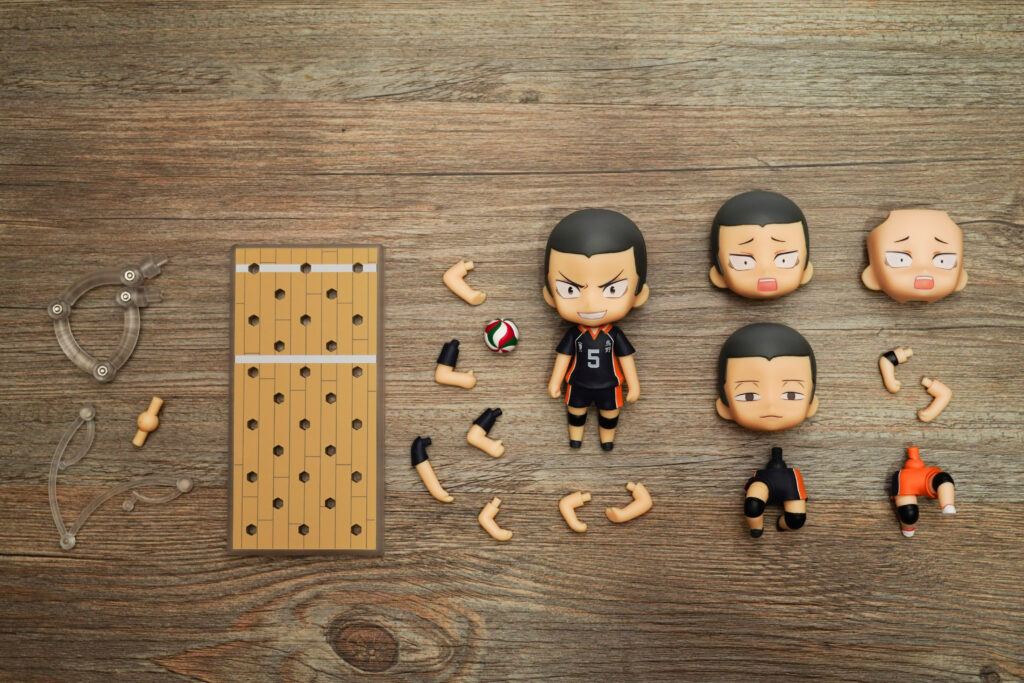 This set also included spare parts for Yu Nishinoya, including a faceplate, hands, and a posed lower part. The jersey color included for the Noya spare part is orange – similar to his libero uniform. 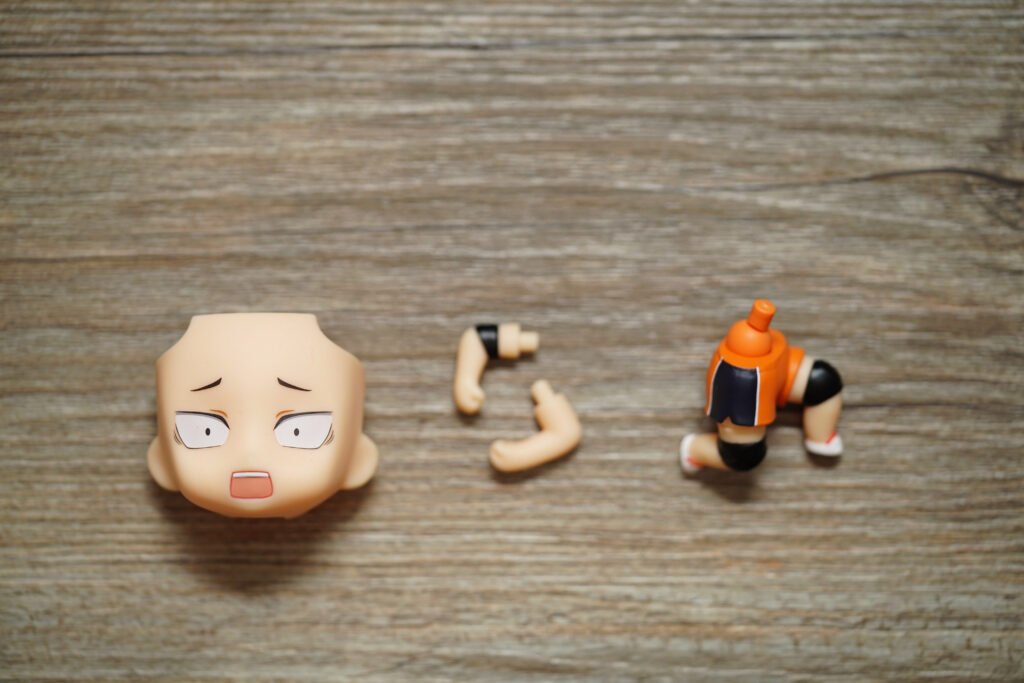 Most of the Haikyuu Nendoroid figure doesn’t have jointed articulation rather they have the normal pegged parts. 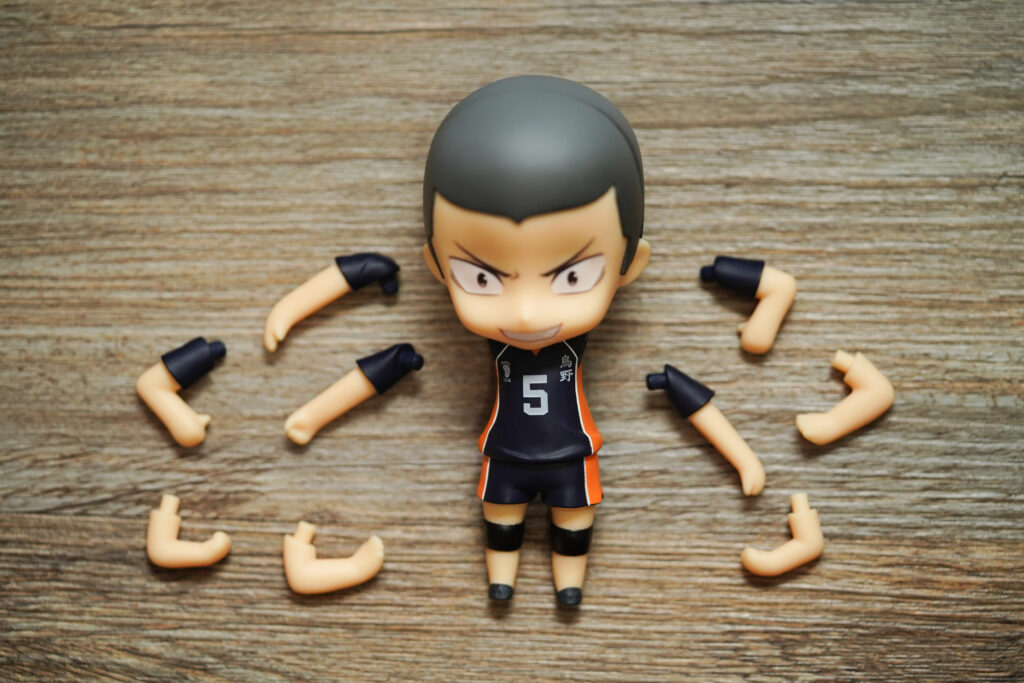 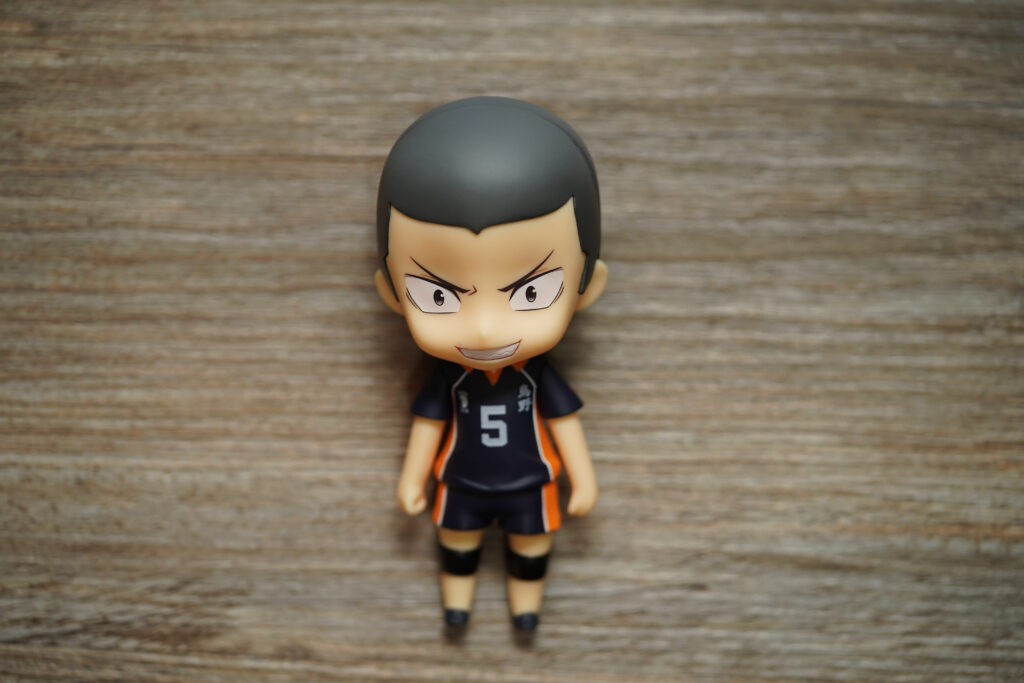 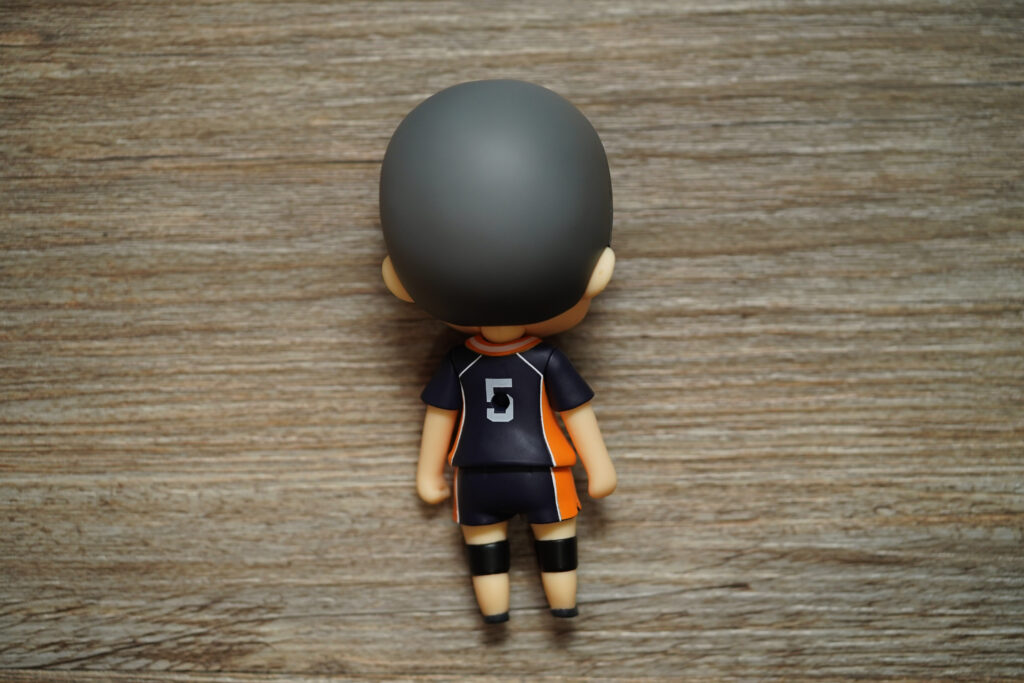 The parts included in this set are quite specific to what his position is in the team. Since Tanaka is a spiker – the parts of course included are meant for spiking poses. The unique pose that is included in this set would be the praying position and the kneeling leg spare part – the one where he and Noya always does. 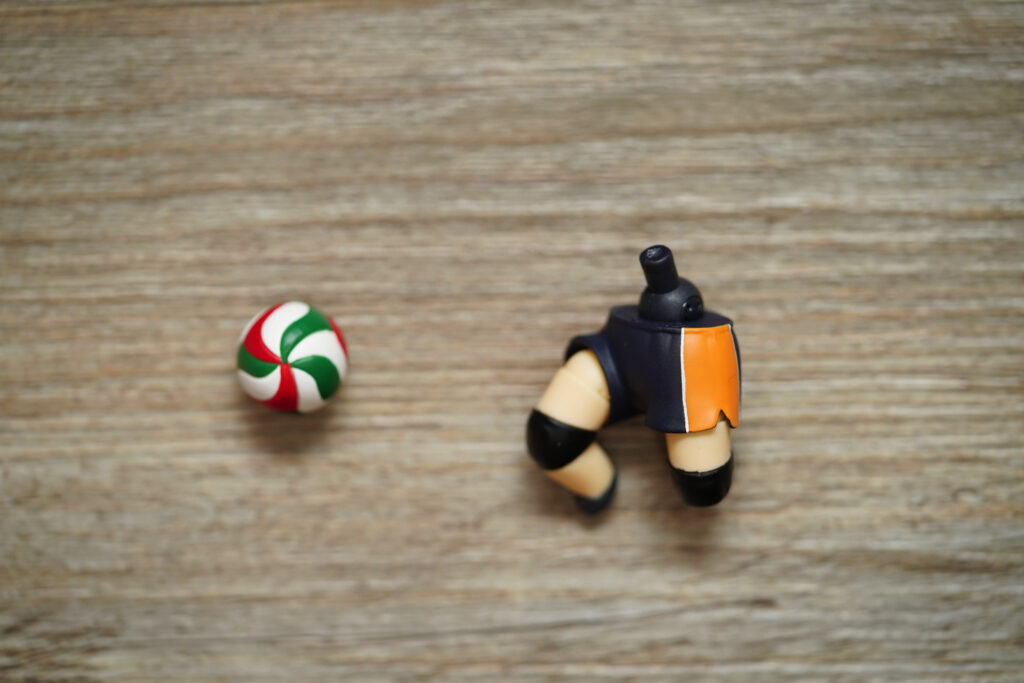 The unique thing about this Tanaka figure would be the hair and headpiece. Normal Haikyuu Nendoroid figures would have a separate hair from the faceplate but since Tanaka is semi-bald, the hair is just painted onto the faceplate itself. 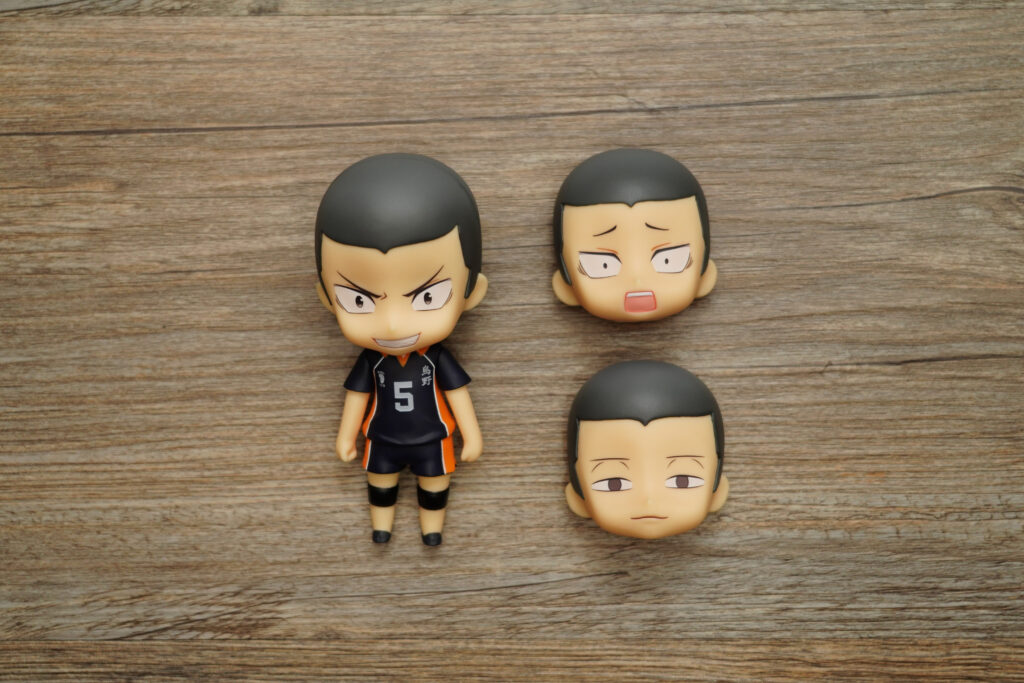 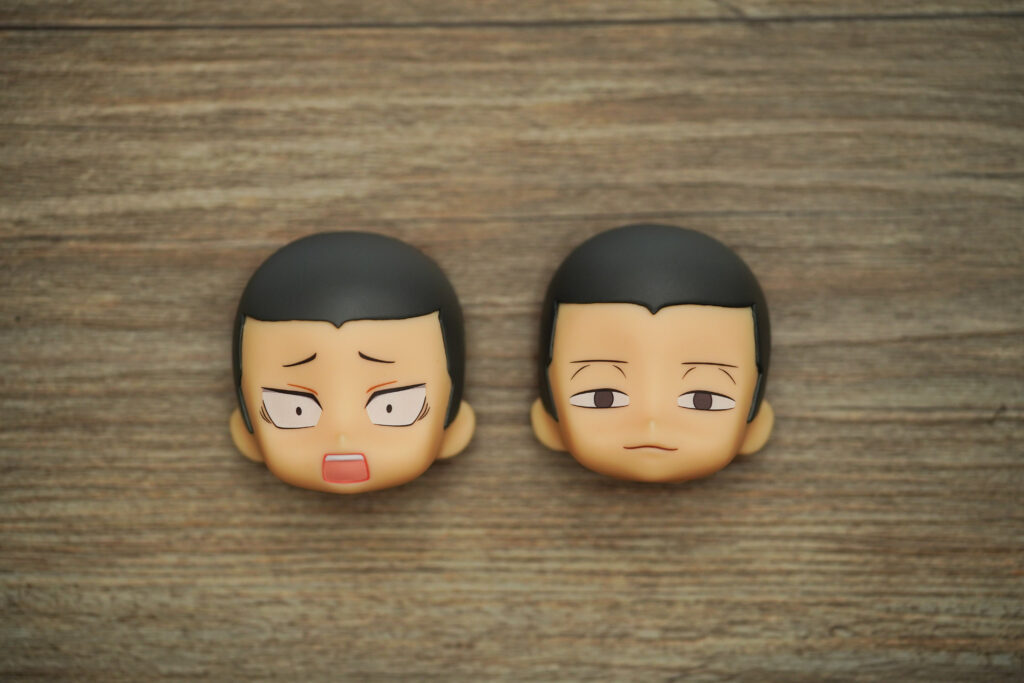 Paint details are always spot on but if you would also notice, they’ve added a cool texture to his teeth. I find this super cool! 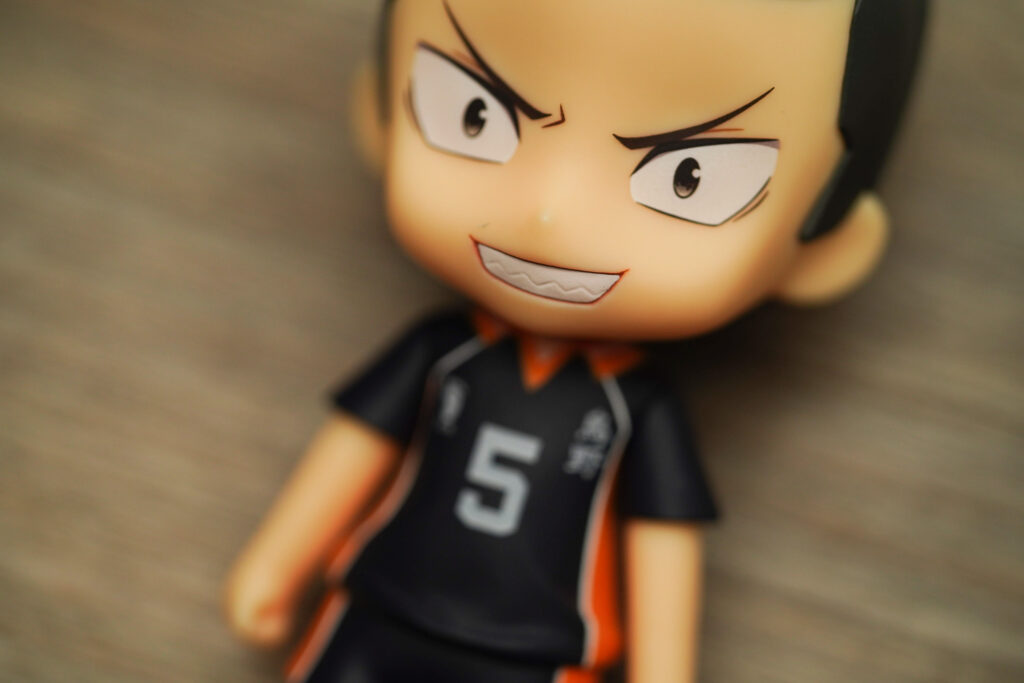 This is my 5th Haikyuu Nendoroid figure to date and I would say I won’t be stopping anytime soon! So if you’re also a huge Haikyuu fan, make sure to get your Nendoroid figures – so far The Good Smile Company has produced most of the key members of The Karasuno Volleyball Team. 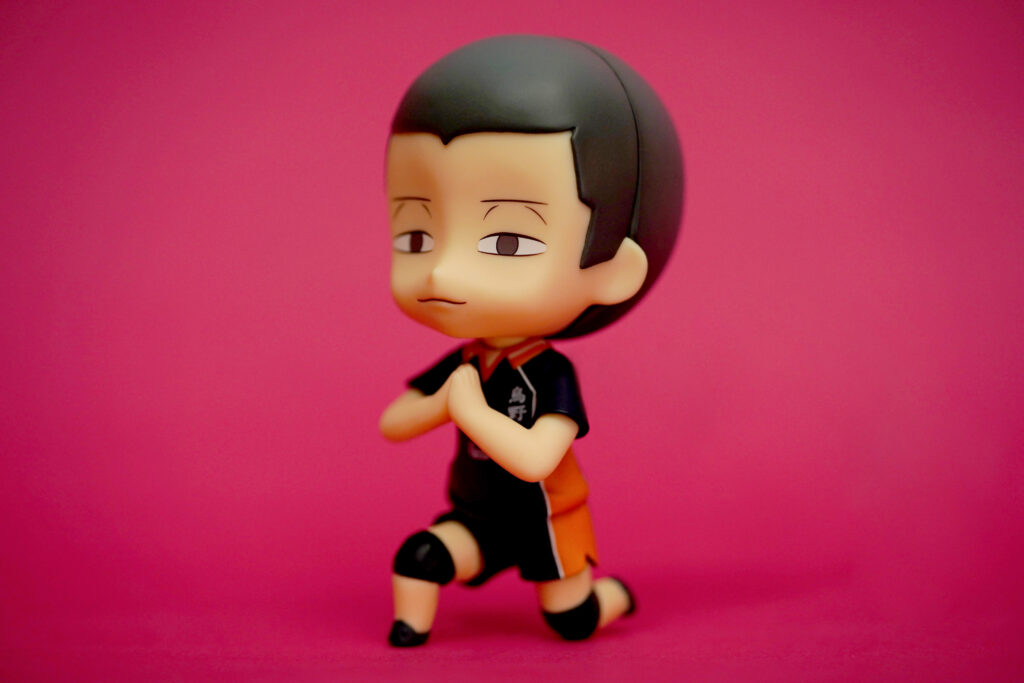 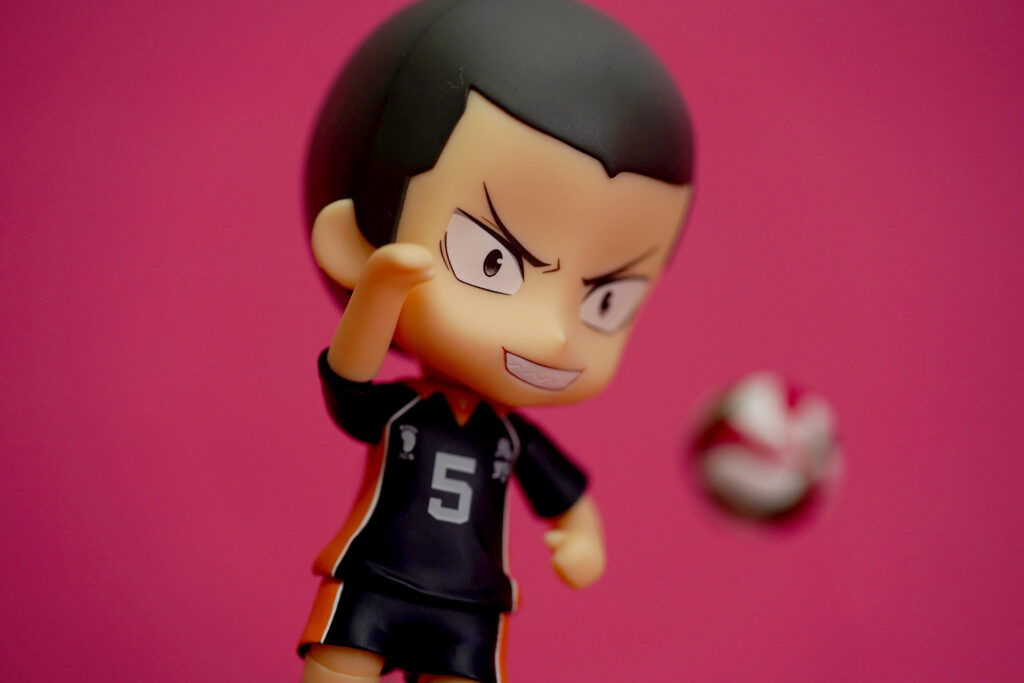 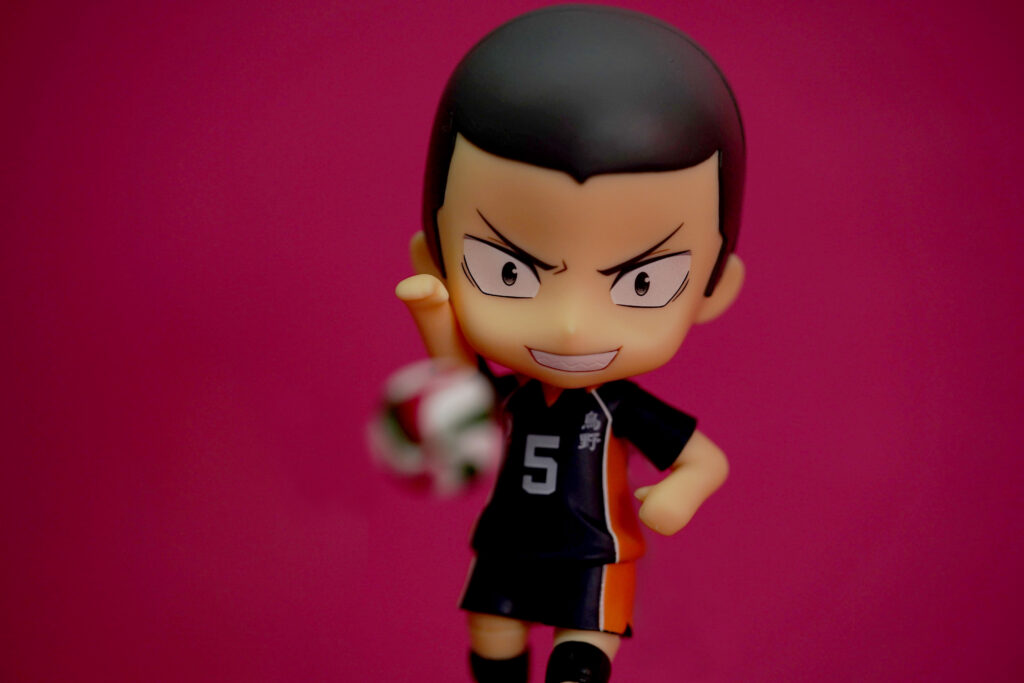 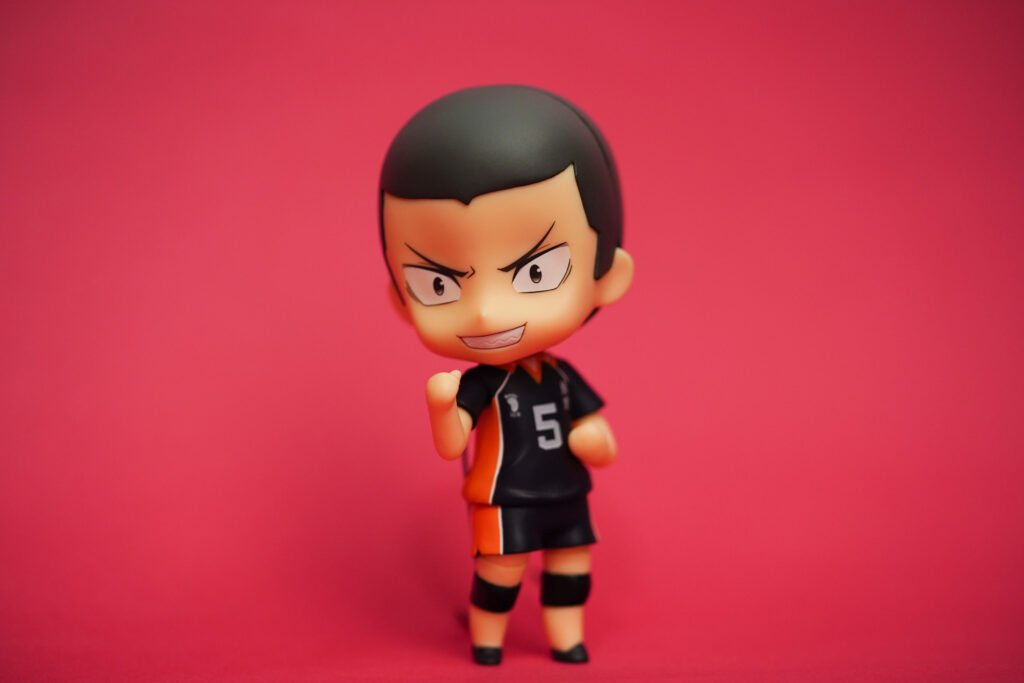 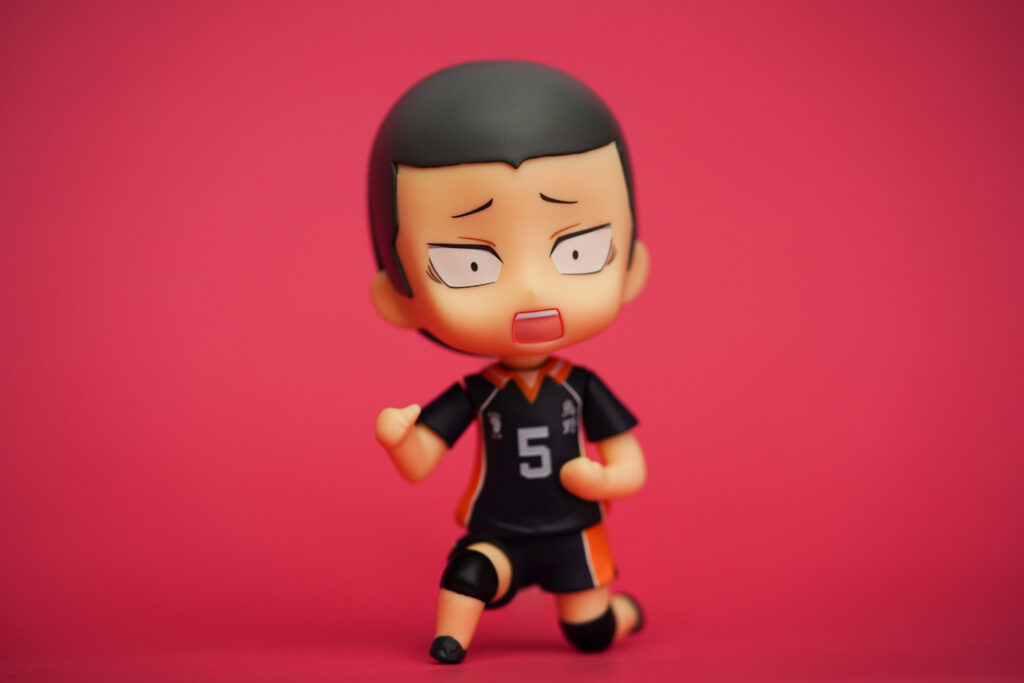 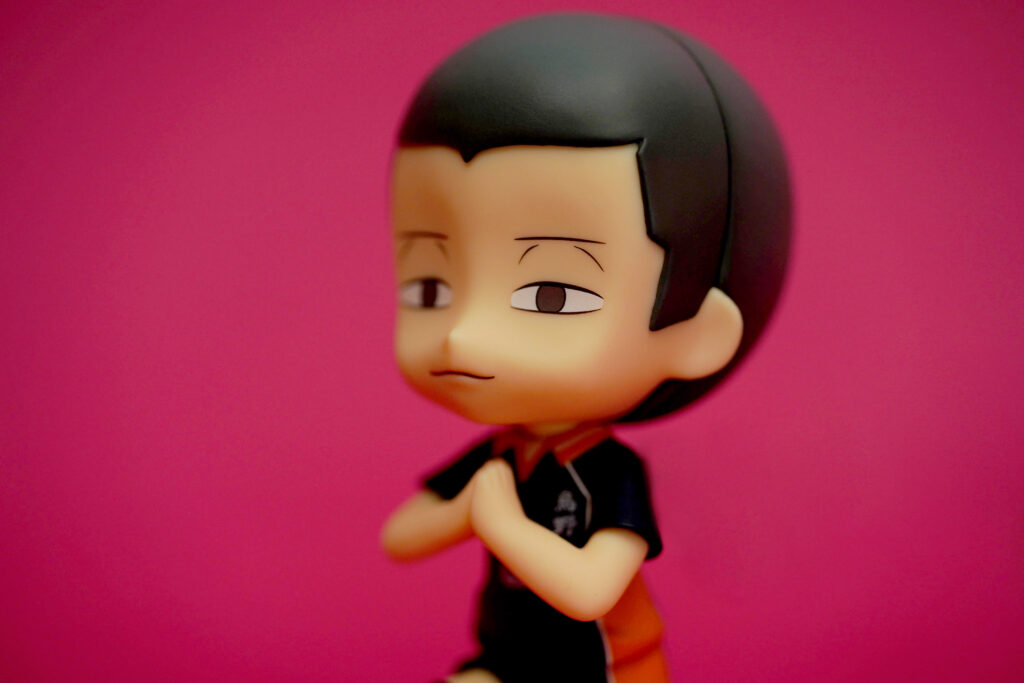