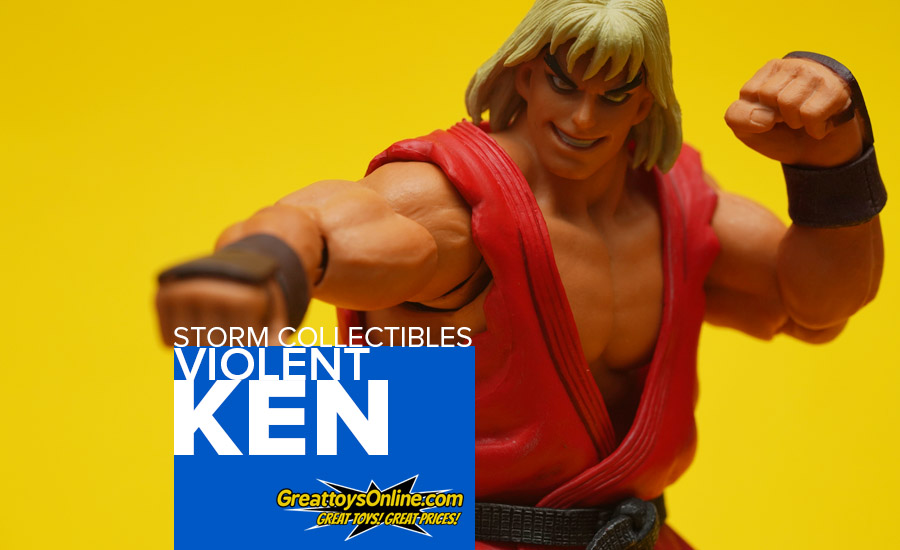 Ken is one of the most played characters in the Street Fighter game from which ever series version. Personally I find his character easier to play compared to Ryu because his uppercut and turning  kicks are more different. There hasn’t been an alterego forme of Ken until the recent re-release of Street Fighter II. The Violent Ken is the evil counterpart of Ken much like how Ryu has his Evil Ryu counterpart.

So far, I’ve reviewed three Storm Collectibles figures for the Street Fighter line. You can check out the links here – Ryu, M.Bison and Akuma. Today’s toy review is brought to us by Greattoys Online. Visit their website and Facebook page to see more action figures and toys up for sale!

Most of the box for the Storm Collectibles figures are rather big in size mainly because the figures are an inch taller than the normal 1/12 scale. The box design features the simplistic design approach similar to the Street Fighter II Arcade artwork. 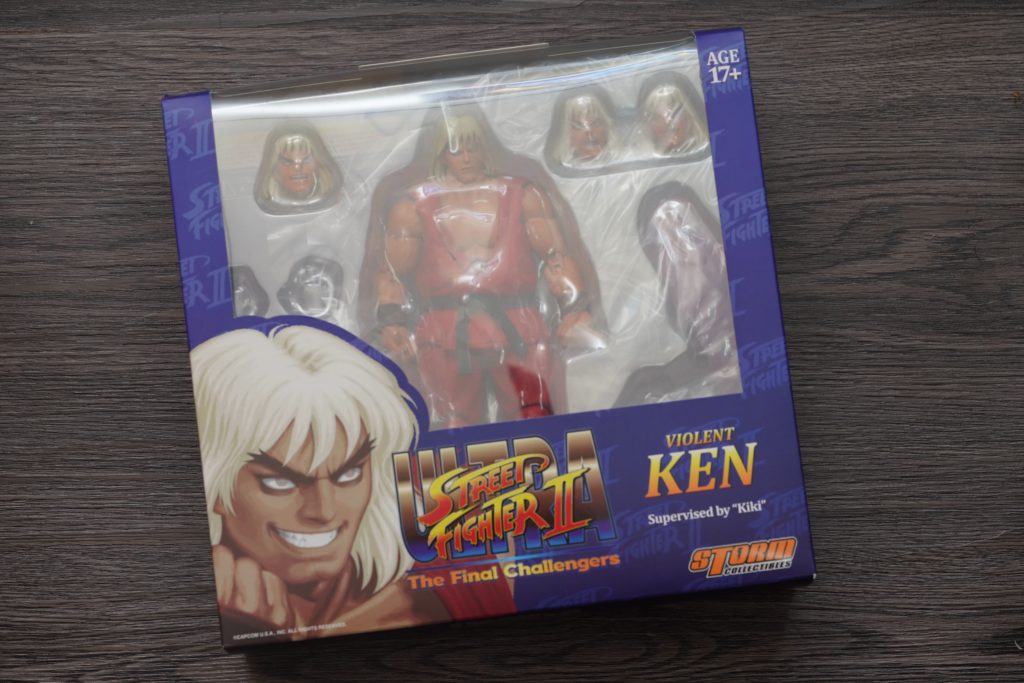 The artwork for the Violent Ken also looks like the default character graphics during the character select stage in the game.

Since I’ve reviewed some of the Storm Collectibles figures already from the Street Fighter line – I only hope that the joints are similar to the Akuma figure. The figure stands very solid and firm which looks very decent considering the figure’s price. I feel that his clothes are rather big which makes the figure appear short in size. 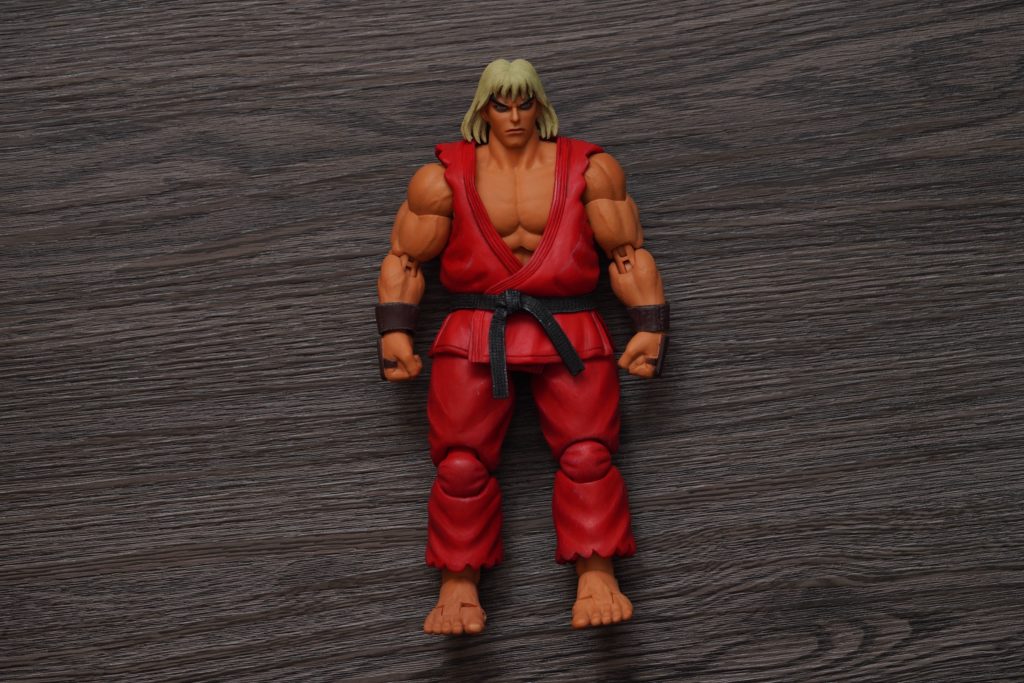 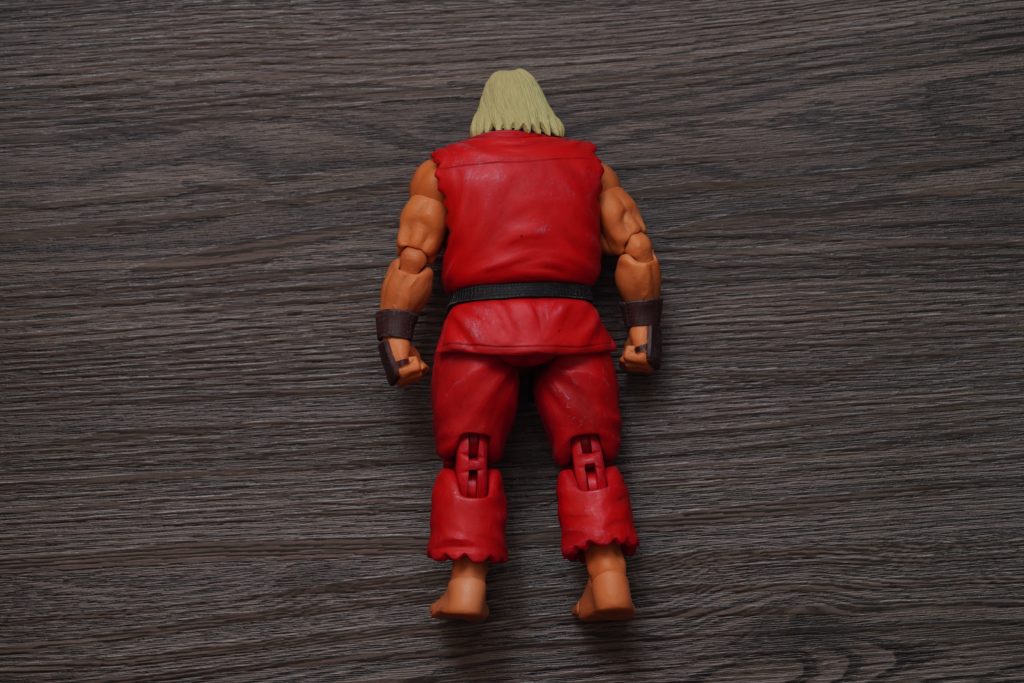 The box contains few but necessary accessories for this Violent Ken figure. It includes interchangeable hands and heads, hadouken and shoryuken effect and a simple effect stand and base. 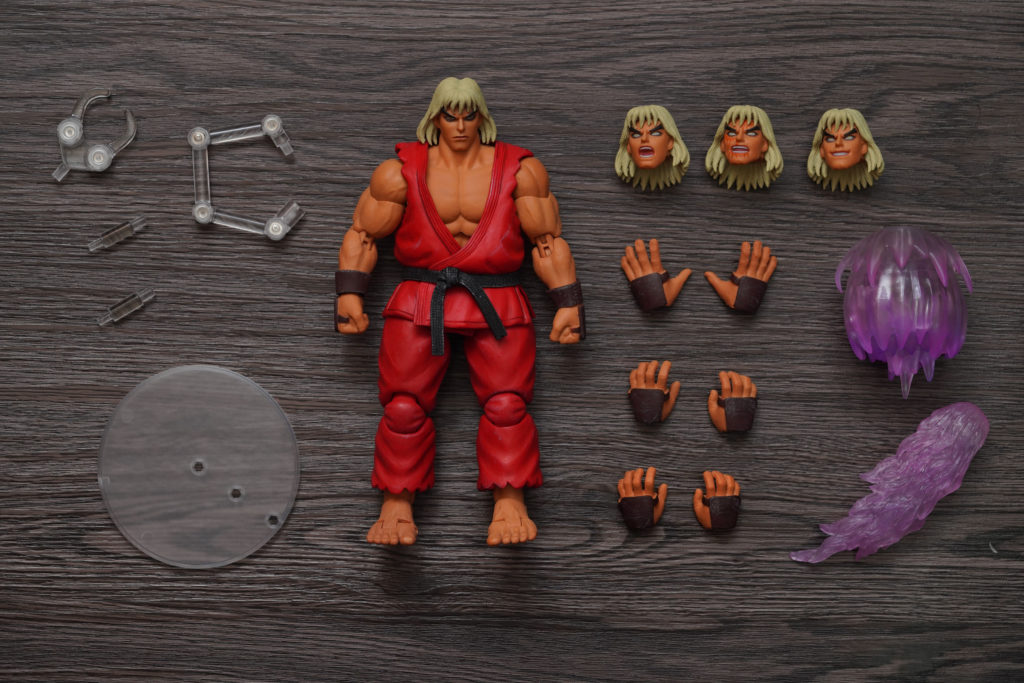 I hope they’ve included the standard figure stand in this figure. Although they’ve only included those for the Street Fighter V figures – having a different stand could’ve been a good addition.

The hadouken and shoryuken effects are colored purple – if you’re familiar with Ken you would normally see a red effect for his shoryuken and a blue effect with hand prints for the hadouken. 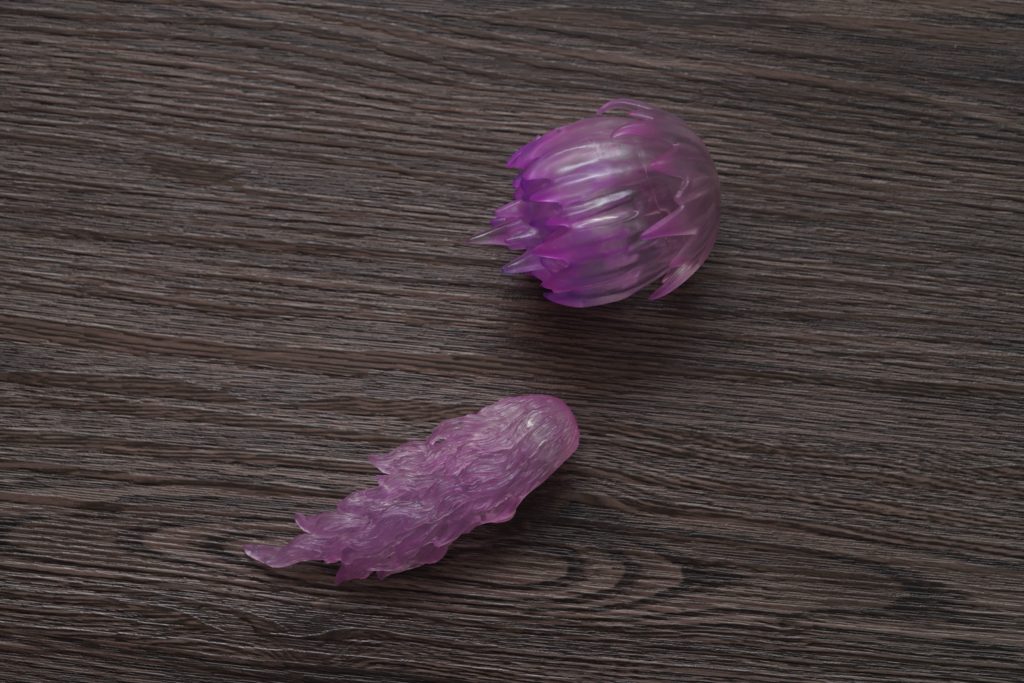 Storm Collectibles really did a good job in doing articulations for their figures. What I really liked is that they’ve improved a lot compare to the earlier releases of the Street Fighter figures. Joints and peg connectors have really improved a lot! You can read my review on the M. Bison figure to know what I’m talking about. 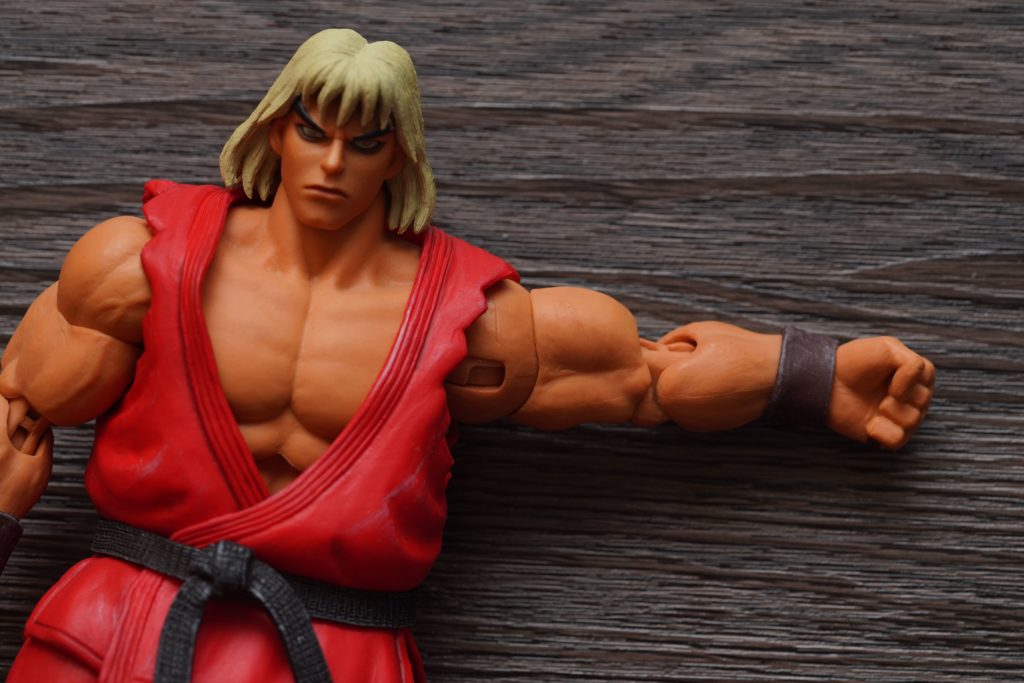 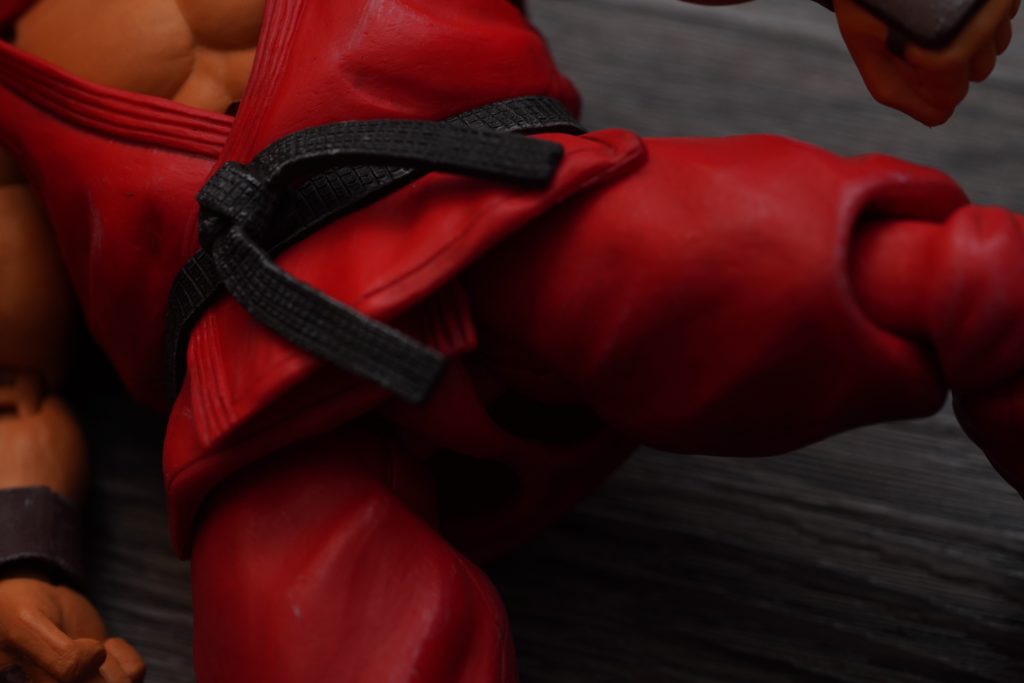 The upper part of the clothes such as the top and the belt are removable. You can pose him with or without them. Peg connectors also features a cylindrical type of peg similar to the other Storm Collectibles figure. Material is made out of a combination of a hard PVC (for the body) and soft PVC (for the clothes). The paint apps area also commendable as they’ve added not only plain colors but also texture which makes the attire very rugged. S.H.Figuarts Street Fighter’s paint apps figures are rather basic compared to figure. 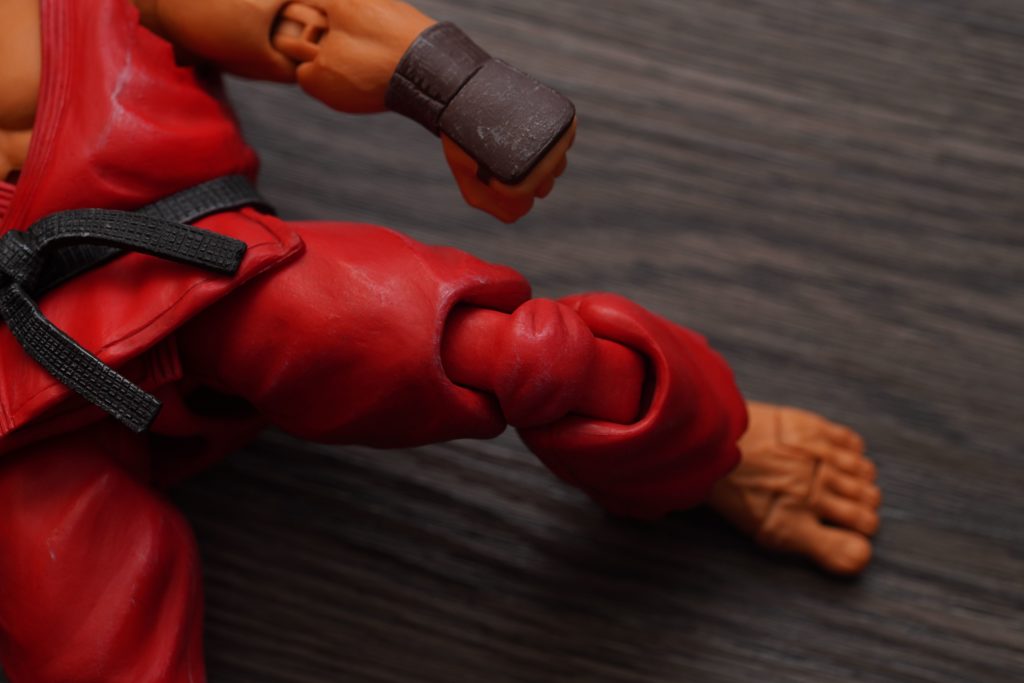 I wished Storm Collectibles produced more known character before him. If you’ve already collected some of the figures from the Storm Collectibles Street Fighter line – this is a good addition to your collection. For those who are not sure, you might want to check the S.H.Figuarts Ken figure if you plan to reconsider getting a different figure.

To order you own Storm Collectibles Violent Ken figure, do visit any Greattoys Online or you may check out their website or Facebook page!

Here are some creative shots I took of the Violent Ken figure. 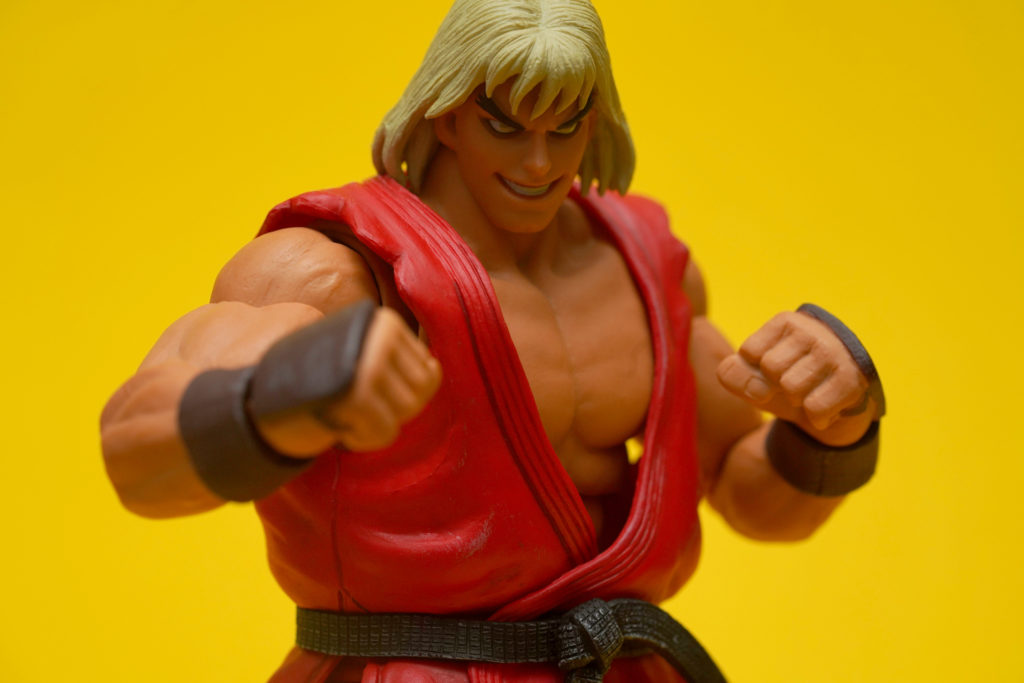 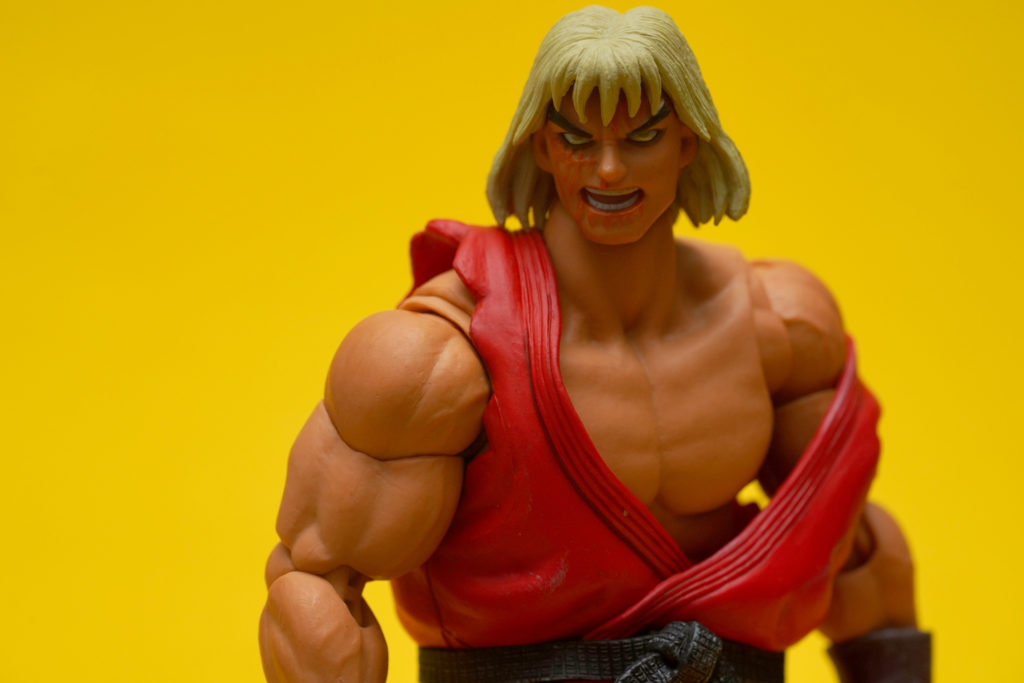 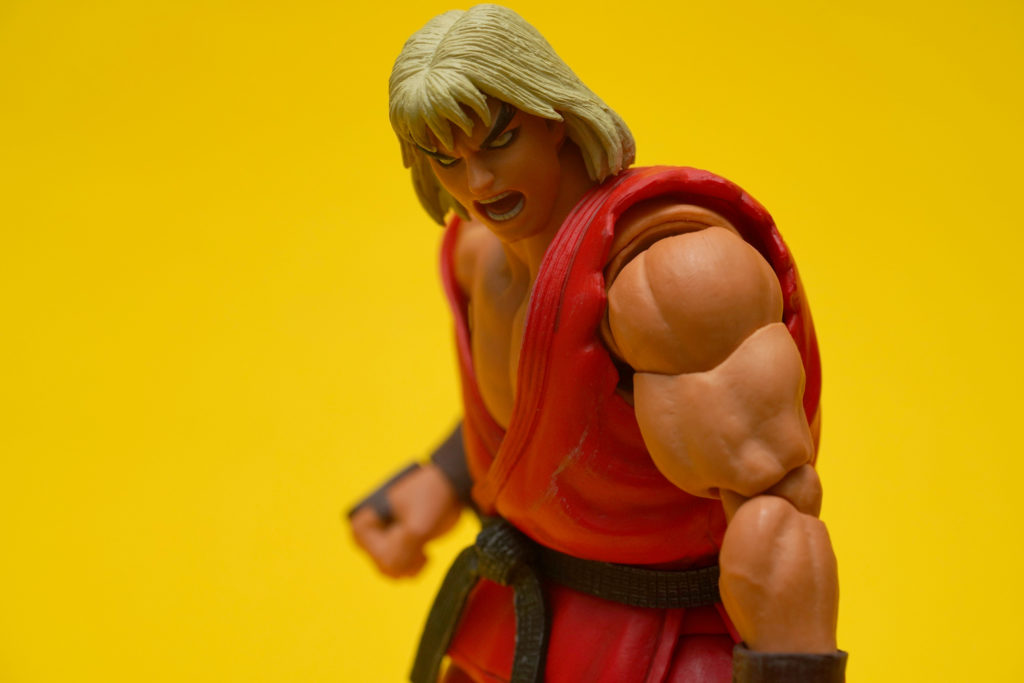